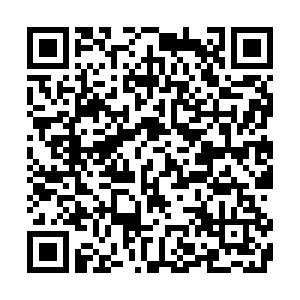 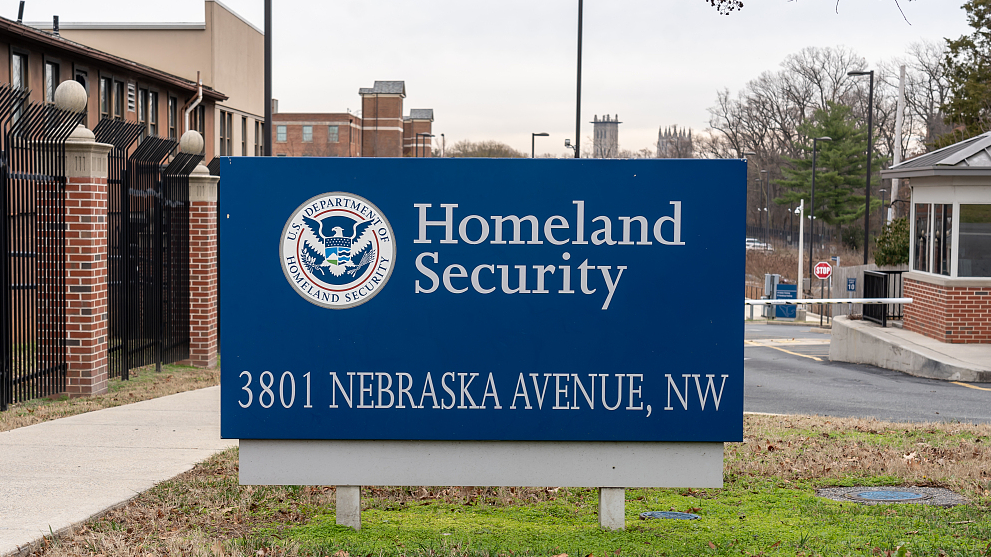 Editor's note: Hannan Hussain is an assistant researcher at the Islamabad Policy Research Institute (IPRI) and an author. The article reflects the author's opinions, and not necessarily the views of CGTN.

On October 6, the U.S. Department of Homeland Security (DHS) released its 26-page report titled "Homeland Threat Assessment." The report details a broad list of threats from election interference to white supremacist extremists (WSEs), and draws upon "all sources of information and expertise" available to the department, including intelligence, law enforcement and operational components.

However, a major weakness of the report is its fabricated claims of Chinese interference in U.S. domestic affairs. It pursues these claims by alleging Chinese offensives against U.S. trade and economic security, cyber infrastructure, COVID-19 transparency and the 2020 presidential elections.

On trade and economic security, the report accuses Beijing of intellectual property theft, engaging in unfair trade practices and allowing "China-based criminal organizations" to violate U.S. trade laws and policies. Ironically, the report compromises its own assessments by denying specificity across all three accusations. Its trade and intellectual property conjecture is also synonymous with the same rationale that the United States offered to a World Trade Organization panel last month, after American tariffs on China were ruled in violation of international trade rules. "The panel did not dispute the 'extensive evidence' submitted by the United States of intellectual property theft by China," insisted the top U.S. trade representative in the aftermath of the ruling. The DHS report doesn't extend any new legitimacy.

Moreover, accusations of Chinese interference in U.S. democratic and election systems are met with a flawed evidentiary base. For instance, the report points to a questionable "Election Threat Update" released by William Evanina, the U.S. National Counterintelligence and Security Center director, in August. Evanina's conclusion was simple: China's rebuttals on Hong Kong, TikTok and the South China Sea are proof of Beijing "expanding its influence efforts" ahead of the U.S. elections, having recognized that "all of these efforts might affect the presidential race."

As the so-called evidence and assessment clearly demonstrate, the premise for Beijing's alleged election interference is grounded in Washington's rejection of China's sovereign narratives, effectively ending the case for any objective insight.

To the contrary, the report proves its partisan defense of America's own election weaknesses on several fronts. For instance, criticism of the Trump administration's COVID-19 response – a major dynamic in the November elections – is billed as the fault of "China's Foreign Ministry, state media, and official Twitter accounts." There is no mention of the scores of national reports that cement that criticism as homegrown. Similarly, baseless allegations strike at the heart of more bizarre conclusions, such as the likelihood of China "amplifying narratives [that are] supportive of its pandemic response, while denigrating U.S. official criticism that Beijing views as tarnishing its global image." The report simply repackages the Trump administration's offensive rhetoric on China, aimed at discrediting Beijing's well-documented COVID-19 containment efforts. The timing of the report, and its accompanying political controversies, are also suggestive of that partisan bend. The greatest casualty of downplaying facts is the stated goal of the report itself: to inform the American people.

Moreover, the overarching evidence underpinning these cyber espionage accusations is a September testimony from Christopher Wray, the Federal Bureau of Investigation director. This is the same testimony in which Wray also speculates the likelihood of data theft among American adults, and drives a wedge between Chinese citizens and their sovereign government.

These glaring inaccuracies appear to confirm fears that the report was politically influenced to suit the Trump administration's policy preferences. Earlier last month, Brian Murphy, the former head of the Homeland Security Department's intelligence branch, revealed in a whistle-blower complaint that he was ordered by Acting DHS Secretary Chad Wolf to focus on the activities of China and Iran.

This brand of political documentation becomes amply evident in the report's more pressing themes, such as COVID-19 disinformation, where the rise of pandemic disinformation is somehow deemed a product of the Chinese state. By bashing Beijing, the report succeeds in masking the broad-based propaganda touted by the Trump administration as COVID-19 response efficiency: downplaying outbreak briefings, pushing unproven COVID-19 treatment guidance, pressurizing regulatory authorities, billing the World Health Organization as partisan and deflecting six-digit COVID-19 death counts on Beijing.

It is against this backdrop, that the report's election interference hoax is no different. All doubts were put to rest by Wolf in last month's congressional hearing: "We don't have any specific intelligence that they [China, Russia and Iran] are focusing on election infrastructure."