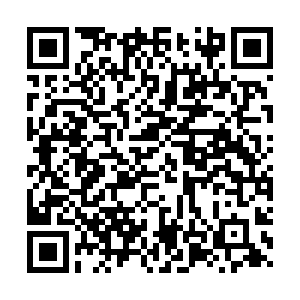 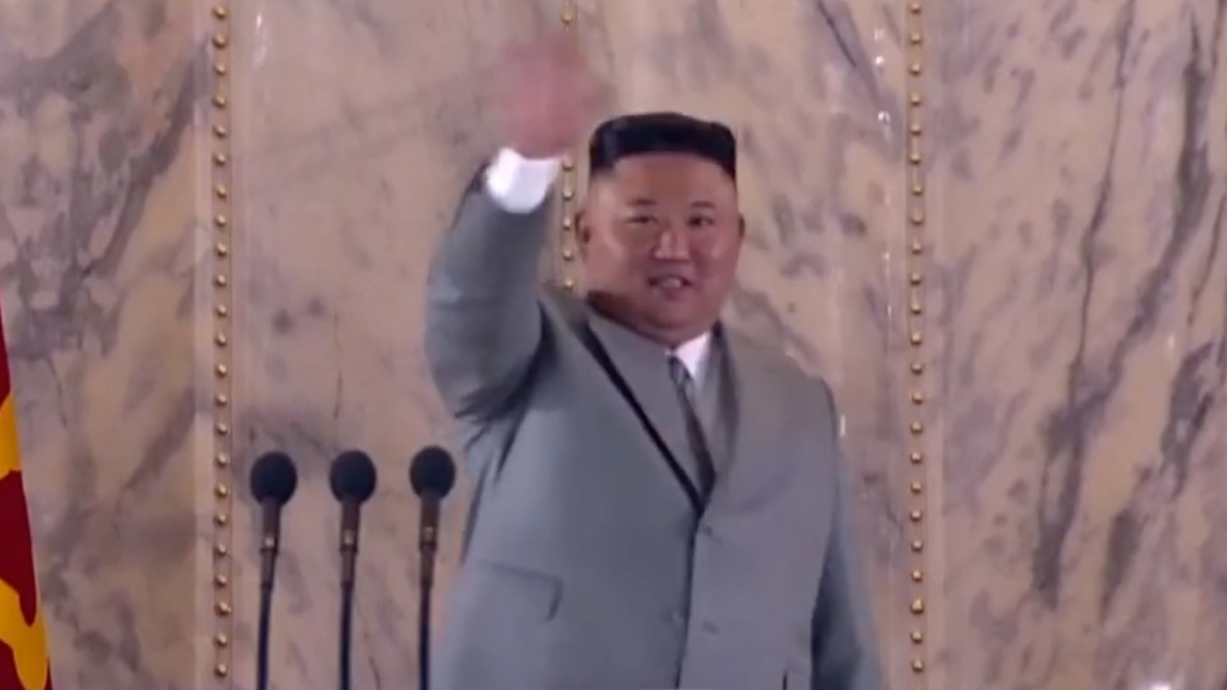 Dressed in a grey suit and tie, he waved to the crowd and accepted flowers from children while surrounded by military officials wearing rows of medals.

In his speech, Kim thanked the military for their help in recovering from a series of damaging storms over the summer and praised the country's efforts to prevent a coronavirus outbreak.

The DPRK leader told the audience that he was grateful "not a single person" in the DPRK had contracted the coronavirus and wished "good health" to those with COVID-19 around the world.

"I wish good health to all the people around the world who are fighting the ills of the evil virus."

In his address, Kim said that he believes that the COVID-19 crisis will be overcome and people of the DPRK and the Republic of Korea (ROK) will join hands again.

Kim, also chairman of the State Affairs Commission and commander-in-chief of the armed forces, said "it is our Party's and my first and foremost mission and steadfast will to firmly defend our people, hold them in greater respect and make them lead a happy life envying nothing."

During the speech, he vowed to strengthen self-defense war deterrence to contain and control dangerous attempts and acts of intimidation by hostile forces, "including their sustained and aggravating nuclear threat."

He also said that the WPK will administer and expand the "advantageous policies and measures," which will aim at improving people's well-being and bring "as early as possible the ideal society of prosperity that our people are dreaming of."

"The Eighth Congress of the Workers' Party of Korea will advance plans and detailed targets for doing it, and our Party's struggle for providing the people with happiness will develop onto a new stage," according to the full text of his speech broadcast by the KCNA.

During the parade, troops were shown in the city center with newly developed strategic weapons.