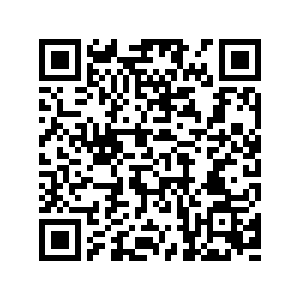 Sidelines is a column from CGTN's Social Media Desk.

"My mother was unharmed — her arrows disappeared, her wings

turned to arms. Fire creature: Sagittarius. She finds herself in —

Melancholy emerges from between Glück's lines: a creature as feisty as fire ends up in such flat a setting as a suburban garden.

Who wouldn't love to be a Sagittarius, one of the "Fire Trigon," upon reading the sign's inbuilt qualities: honest, adventurous, optimistic, independent as well as philosophical?

The traits lent to Sagittarius originally characterize Chiron, the Greek mythological figure, half human and half horse, who is associated with the zodiac sign. Tales have it that Chiron was an excellent archer, and Achilles his proudest apprentice. The master sacrificed his life for the exoneration of Prometheus who was punished to death for leaving fire to the mortals.

"…she's telling me that when you love the world you hear celestial music: look up."

We mortals on Earth never cease our effort to make sense of the eternal laws with which the heavenly bodies move, first with the belief in divinity that produces Sagittarius (Zeus groups stars in the shape of Chiron to remember him), among other astrological creations that were believed to bear on earthly life. But the urge to establish our relations to all different natural phenomena beyond the simple dual of the mortal and immortal drives us further down a different path, on which the division of astrology and astronomy is a milestone.

Not that the image is false

But the relation is false."

The two terms were never fully interchangeable even in the Babylonian days, when what we now know as astrology began to take shape. That both were founded in the observation of the images of the sky might blur the boundary between them. But their purpose differed. Astronomy was about predicting the stellar movements, astrology about interpreting them, i.e. seeking relations between the Earth and heaven where there is none, an error begotten by human knowledge's limit. Centuries had passed since the Babylonians started searching for revelations from constellations, during which astrology and astronomy sometimes mixed with each other in the public discourse, until Sir Isaac Newton's work further separated the two: gravity, rather than Zeus, arranges the stars. With that discovery astronomy ascended more quickly into the scientific hierarchy as an inquiry into the laws of universe, while astrology moves up and down the ladder of popular distraction.

these but not other objects,

setting boundaries, sure of itself, not

then lingering, describing each thing in detail,

The accumulation of scientific discoveries leading up to the eureka moment often takes place in a similar fashion to the sun lighting up the poet's room.

Yet the analytical power of Einstein's beautiful formula stunted the physicist giant himself. At the end of his equation lies a space monster that devours everything including light. Einstein hesitated, imagining that the universe must have a way to heal up before parts of it get hollowed out.

More than half a century later, Sagittarius helped where Einstein felt uncertain. In 1971, scientists detected a faint source of radio noise called Sagittarius A* (located in the constellation) at the center of our Milky Way galaxy, 26,000 light-years from Earth – "celestial music," isn't it? When Dr. Reinhard Genzel and Dr. Andrea Ghez concluded that the source was a supermassive black hole, confirming Einstein's theorization, almost another 50 years had passed.

For their findings, Dr. Genzel and Dr. Ghez have won the 2020 Nobel Prize in Physics together with Dr. Roger Penrose, who also contributed to proving that Einstein's equation is right about black holes.

Revising our worldviews takes time, as evidenced not only by how long it has taken to locate a black hole but also by how many people may still believe in astrology as scientific (a 2017 Pew Research survey found 30 percent of Americans were under its spell). Patience is required for advancing our knowledge, be it about literature, physics, astronomy or the new coronavirus.

This may sound a little disappointing to "Sagittarians" across the world. According to their astrological portfolio, patience isn't a strong suit for people born under the sign.

Your columnist, who is also a Sagittarius, shall beg to differ on that point by citing Louise Glück's work once again: Look up. Listen to the "celestial music" that helps us trace the black hole. The "Sagittarius" in the sky – the original one – waited for us to reach it for thousands of years.

Quite patient, don't you think?

Note: All the poetry quotes above are extracts from Poems 1962-2012 by 2020 Nobel Laureate in Literature Louise Glück, published by Farrar, Straus and Giroux. The profundity of these lines, when put back to the respective works from which they are borrowed, far exceeds what's intended within the boundary of this article.