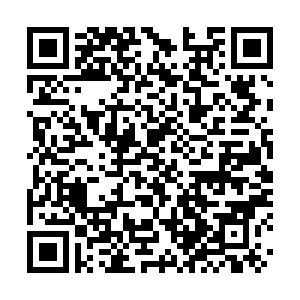 Anthony Davis of the Los Angeles Lakers during Game 5 of 2020 NBA Finals against the Miami Heat in Lake Buena Vista, U.S., October 9, 2020. /CFP

Anthony Davis of the Los Angeles Lakers during Game 5 of 2020 NBA Finals against the Miami Heat in Lake Buena Vista, U.S., October 9, 2020. /CFP

Anthony Davis hopes to return to Game 6 of the NBA Finals on Sunday having survived an injury scare during Game 5.

Davis went down in the first quarter after a collision with Miami Heat forward Andre Iguodala. His reaggravated heel injury somehow became an Archilles Heel for both the team and himself, unable to lift the trophy with a 4-1 in the series on Friday, but instead, losing to the Heat 108-111.

Davis looked painful on the floor, clutching his lower right ankle, and stayed on the bench for the rest of the quarter.

His heel problem was already obvious in Game 3, the first game the Lakers lost in the series, in which Davis had 15 points and five rebounds, his worst in this Finals.

The Lakers still lead the series 3-2. LeBron James was disappointed for not winning the title on Friday, saying they have to "be better at Game 6 and close the series."

The Lakers had a three-point lead midway through the final quarter of Game 5 and let it get away. They led by one after a basket by Davis with 21.8 seconds left and were one stop from winning the title; Davis ended up fouling Butler, a call the Lakers said shouldn't have been made. The NBA disagreed Saturday, saying Butler was fouled on the play.