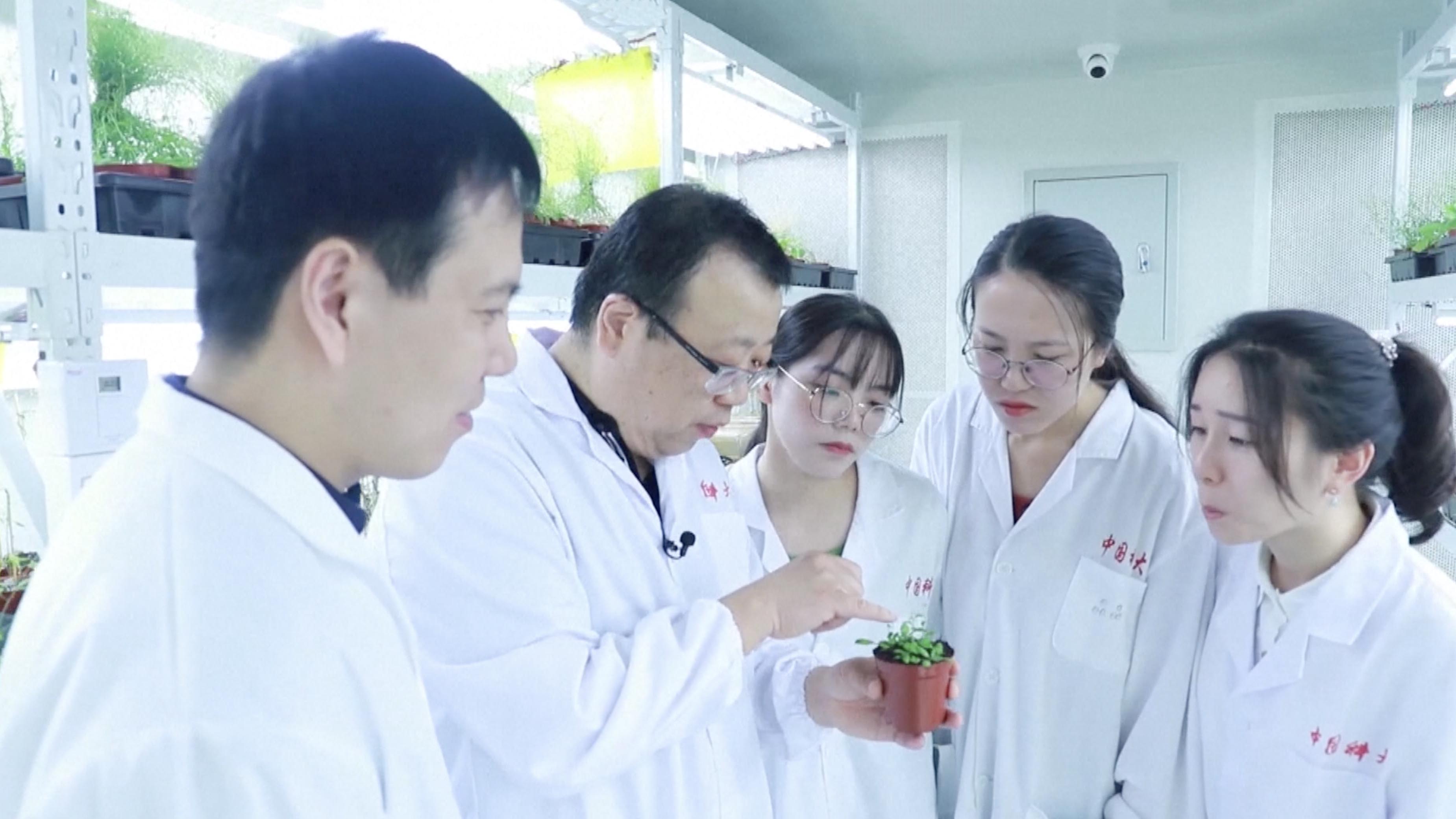 A team of Chinese scientists has discovered a key protein that can inhibit the production of viral proteins in plant stem cells, according to a new study published in Science magazine on Friday.

The study reveals a conserved strategy in plants to protect stem cells against viral intrusion, according to the team from the University of Science and Technology of China (USTC).

It will help set a new path to tackle tasks such as improving the viral resistance of crops and stabilizing the global food supply, according to USTC Professor Zhao Zhong, who heads the team.

"A virus is a simple life form that can only 'hijack' the protein assembly line of an organism to produce copies of itself," Zhao said, adding that the team had found a protein called WUSCHEL that can inhibit this process.

Further study found that WUSCHEL can become an effective antiviral tool for other cell types and is capable of inhibiting multiple viral infections, indicating plant immunity has a broad spectrum.

The research team plans to apply its findings to the breeding of plant varieties with high, broad-spectrum disease resistance.

"We hope to apply the results to more crops so that they can resist viral invasion," Zhao said.