FOCAC at 20 is great, and will be greater in the next 20 years
Stephen Ndegwa 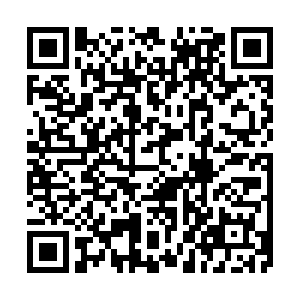 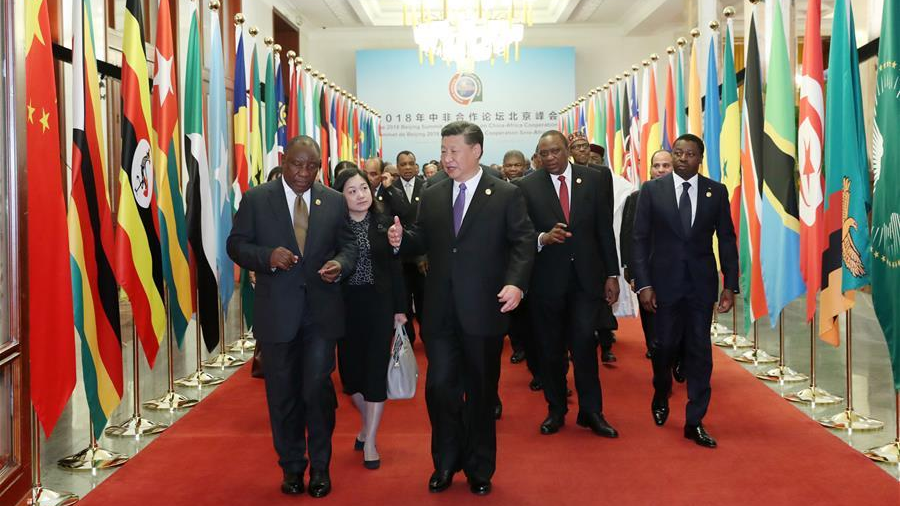 Chinese President Xi Jinping and foreign leaders attend the opening ceremony of the Beijing Summit of the Forum on China-Africa Cooperation (FOCAC) at the Great Hall of the People in Beijing, capital of China, September 3, 2018. /Xinhua

Chinese President Xi Jinping and foreign leaders attend the opening ceremony of the Beijing Summit of the Forum on China-Africa Cooperation (FOCAC) at the Great Hall of the People in Beijing, capital of China, September 3, 2018. /Xinhua

October 10 marks one of the most significant dates in the growing Sino-Africa relations. It is the day 20 years ago that the Forum on China-Africa Cooperation (FOCAC) was established at the first Ministerial Conference held in Beijing.

The FOCAC was formed at a time developing countries were seeking more collaboration through South-South cooperation. Indeed, this partnership has led to a paradigm shift that has seen developing countries becoming more assertive and confident in managing their own affairs.

Although the roots of Sino-Africa relations can be traced way back to the seventh century during the era of the ancient Silk Road, they have solidified in the last four decades as China launched its reform and opening up in earnest. Today, the FOCAC comprises 54 African countries, the African Union Commission and the People's Republic of China as partners.

The forum meets every three years. In addition to the 2000 founding event in Beijing and two other meetings held in the Chinese capital city in 2006, other meetings have been held in Ethiopia, Egypt and South Africa. The latest event, the 7th FOCAC Ministerial Conference, was held in Beijing in September 2018.

The cooperation extends to areas such as trade, technology, diplomacy, media, agriculture, culture and people-to-people exchanges. The FOCAC's spirit of solidarity and cooperation is captured in the colors of its logo. The green color symbolizes peace and development, and the red indicates vitality and prosperity.

Contrary to the naysayers, Sino-Africa relations are mutually beneficial to both sides, and the notion of China pushing its partner to a debt trap is simply a figment of their imagination. It is a symbiotic relationship where China seeks resources for its growing consumption on one hand, and African countries earn funds to develop their infrastructures. 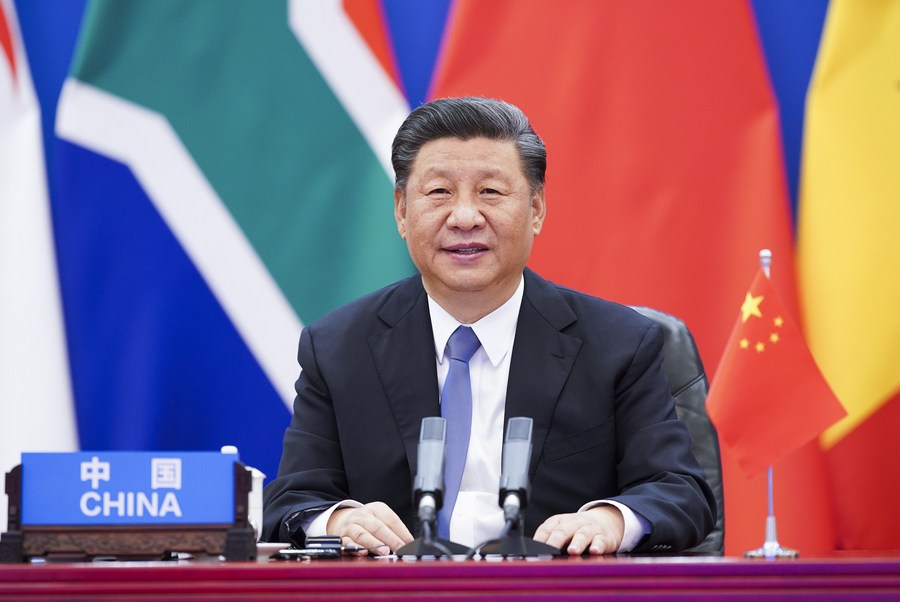 Chinese President Xi Jinping chairs the Extraordinary China-Africa Summit on Solidarity against COVID-19 and delivers a keynote speech at the summit in Beijing, capital of China, June 17, 2020. /Xinhua

Chinese President Xi Jinping chairs the Extraordinary China-Africa Summit on Solidarity against COVID-19 and delivers a keynote speech at the summit in Beijing, capital of China, June 17, 2020. /Xinhua

The Beijing Action Plan (2019-2021) took stock of the partnership between China and Africa in the preceding 18 years, and went further to propose more and wide-ranging areas of cooperation, from economic and political sectors to tourism and environment.

Chinese President Xi Jinping said in a keynote speech at the opening ceremony of the 2018 Beijing Summit of the FOCAC that China will extend $60 billion to Africa in form of grants, loans and special funds, with Chinese companies encouraged to make at least $10-billion investments in Africa by the end of 2021.

Clearly, those who see China's exploitation of a hapless continent have deliberately failed to see the transformative nature of the partnership, one that has lived up to its mantra of win-win outcomes.

At a virtual meeting with African heads of state and government in June, President Xi reiterated the strong relationship between the two partners, noting that his country's support during the coronavirus pandemic had left no doubt of its commitment to make it work.

The FOCAC has become entrenched and now encompasses various sub-forums. These include cooperation in specific areas like youth, health, media, poverty reduction and development, law, local government and academia.

So, what does the next 20 years look like for the FOCAC? The Belt and Road Initiative (BRI) will be a game changer for Africa's fortunes. The intra- and inter-continental connectivity that is emerging from this project augurs well for trade and economic growth of the continent.

The BRI is unfolding at the same time with the establishment of the African Continental Free Trade Area (AfCFTA).

In an interview with Chinese news agency Xinhua, Gedion Jalata, a senior advisor to the UNDP South-South Cooperation, noted that China's support to African countries both through the BRI framework as well as individual projects will boost inter-African economic integration, with China potentially playing the role of key facilitator for the broader goals of AfCFTA.

Basically, the FOCAC has become a global benchmark in multilateralism where all partners are in it for mutual benefit. It is expected that the next FOCAC summit in 2021 will usher in a new era informed by the challenges undergone due to the coronavirus pandemic.