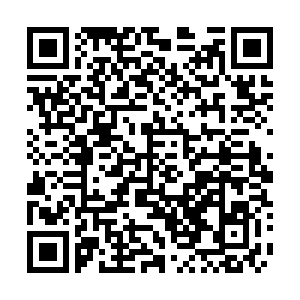 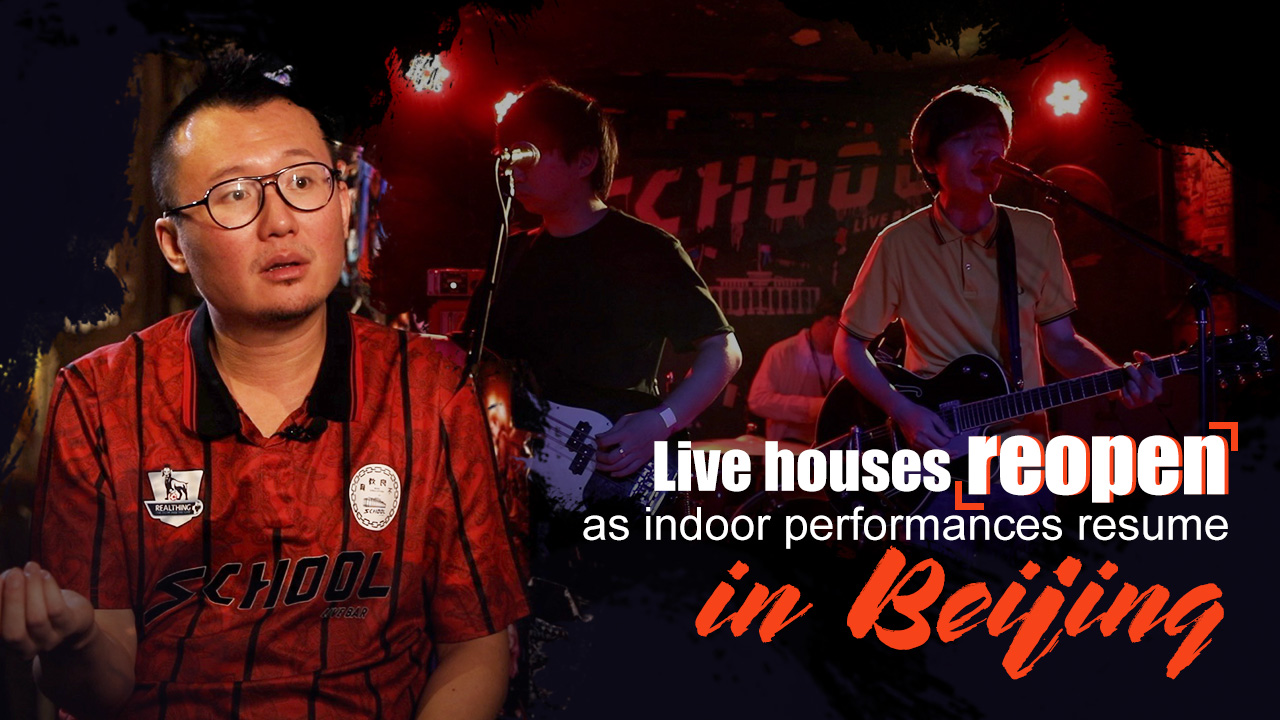 Indoor live performances came back to life after a pandemic-caused hiatus of more than half a year in China.

School Live Bar, a famous live house in Beijing, welcomed its first live show on September 11, after being closed for nearly eight months.

Liu Fei, owner of the bar, said they had made enough preparation ahead of the show to create a safe and healthy environment for people.

They strictly limited the number of audiences, checked their health codes, and offered various disinfection and sanitation measures.

Although live houses in Beijing were given the green light to reopen with restrictions, the industry's future is still uncertain for those who run the business.

For the owner of a small business entity like Liu, the sense of uncertainty had accompanied him for almost ten years. "We always depend on the business environment to earn a living," he said.

Although livestreaming has become a popular way for musicians to perform during the epidemic, it was difficult to gain any payback for individual live houses.

"The problem can only be solved if there's a very good opportunity or platform to help offline music venues to overcome the difficulty," said Liu.

Amid the pandemic, bands were forced to quarantine at home, and they had no chances to perform on stage. As local authorities lifted restrictions on indoor live performance, they could finally return to the stage.

For many bands, the epidemic's biggest challenge was that they had to postpone all the rehearsals and performances, which was a great knock to their music career.

"It's easy for us to get slack during the epidemic, so we constantly cheered each other up to ensure that our plans went smoothly," said Wang Sihang, bassist from "The Diagon Alley," a rock band based in Beijing.

"I think every band goes through a stage where it needs to buckle down," said Liu Xinghan, the lead singer from rock band "Shouting Nerd."

"To some extent, the epidemic forced us to enter this stage. So I think, since it has come and we've already entered this stage, we should take good advantage of it and work hard," he added.

For music lovers, offline shows' resumption allowed them to get back to live houses and enjoy live music performance.

"I'm so excited," said an anonymous audience at School Live Bar, "because I've been waiting for it for so long."

"After a long time of restraint, it has become difficult for everyone to hold back their emotions," said another audience at the bar.