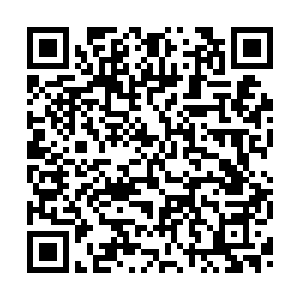 UN Secretary-General Antonio Guterres on Saturday welcomed the agreement on a humanitarian ceasefire in Nagorno-Karabakh region announced on Friday by the foreign ministers of Russia, Azerbaijan and Armenia, said his spokesman.

Guterres called for the ceasefire to be respected and for a swift agreement on the specific parameters of the ceasefire regime, said Stephane Dujarric, the spokesman, in a statement.

The secretary-general commended Russia for its mediation efforts, and welcomed the commitments by Armenia and Azerbaijan to beginning substantive negotiations under the auspices of the Organization for Security and Co-operation in Europe (OSCE) Minsk Group Co-Chairs – representatives from France, Russia and the United States. 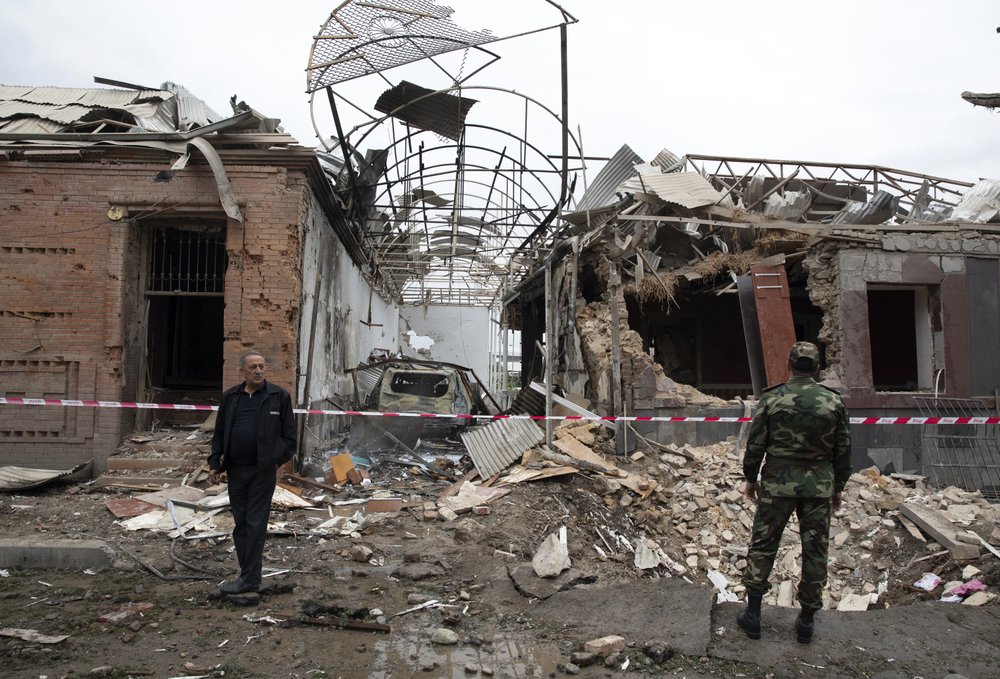 Azerbaijans look at destroyed buildings in a residential area near the border with Armenia after shelling by Armenian forces that killed two people and wounded several others, in Ganja, Azerbaijan, October 4, 2020. /AP

Azerbaijans look at destroyed buildings in a residential area near the border with Armenia after shelling by Armenian forces that killed two people and wounded several others, in Ganja, Azerbaijan, October 4, 2020. /AP

Guterres appealed to the international community to support the ceasefire agreement and continue to encourage the parties to resolve their differences through peaceful means, said the statement.

Under the ceasefire agreement, the specific parameters of which will be agreed on additionally, Armenia and Azerbaijan will exchange prisoners, other detained persons and bodies of the dead under the mediation of the International Committee of the Red Cross.

The two countries have agreed to begin substantive negotiations for a peaceful settlement as soon as possible under the mediation of the OSCE Minsk Group Co-Chairs.

Armenia and Azerbaijan have been at loggerheads over the mountainous region of Nagorno-Karabakh since 1988. Peace talks have been held since 1994 when a ceasefire was reached, but there have been sporadic minor clashes. 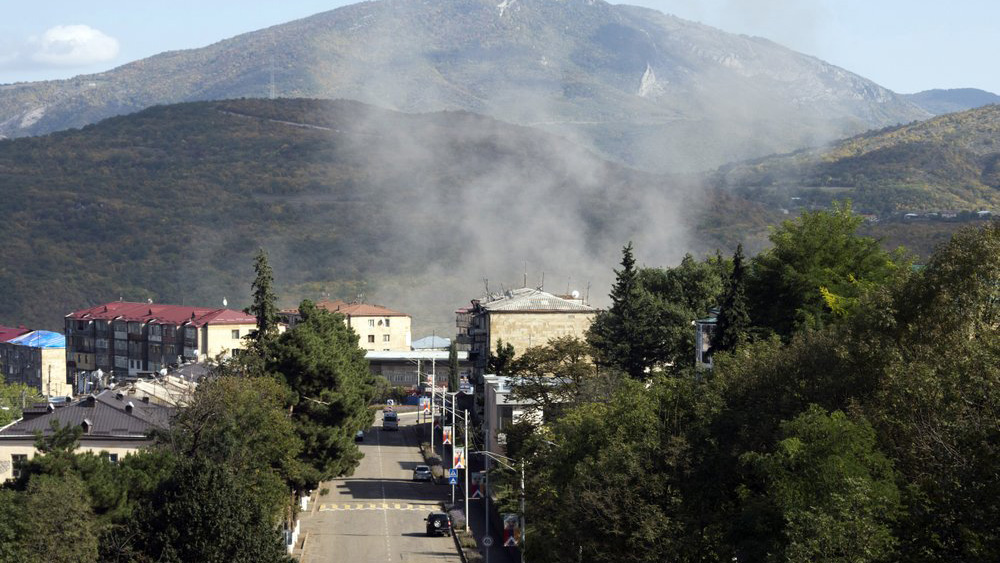 Since September 27, over 400 people have been killed in fighting over the contested region, which is an Armenian enclave officially part of Azerbaijan, but under control of ethnic Armenian forces backed by Armenia since the end of a separatist war in 1994.

The continued fighting and rising tension underline the difficulties facing the U.S., Russian and French officials meeting in Geneva to try to bring the warring sides to the negotiating table. Washington, Paris and Moscow are co-chairs of the OSCE Minsk Group that has led mediation over Nagorno-Karabakh since 1992.

The fighting is the worst since a 1991-94 war that killed about 30,000 people and ended with a ceasefire that has been violated repeatedly.

Armenia, Azerbaijan agree to cease-fire in Nagorno-Karabakh from Oct. 10