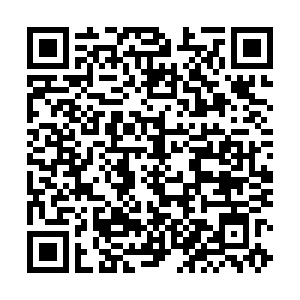 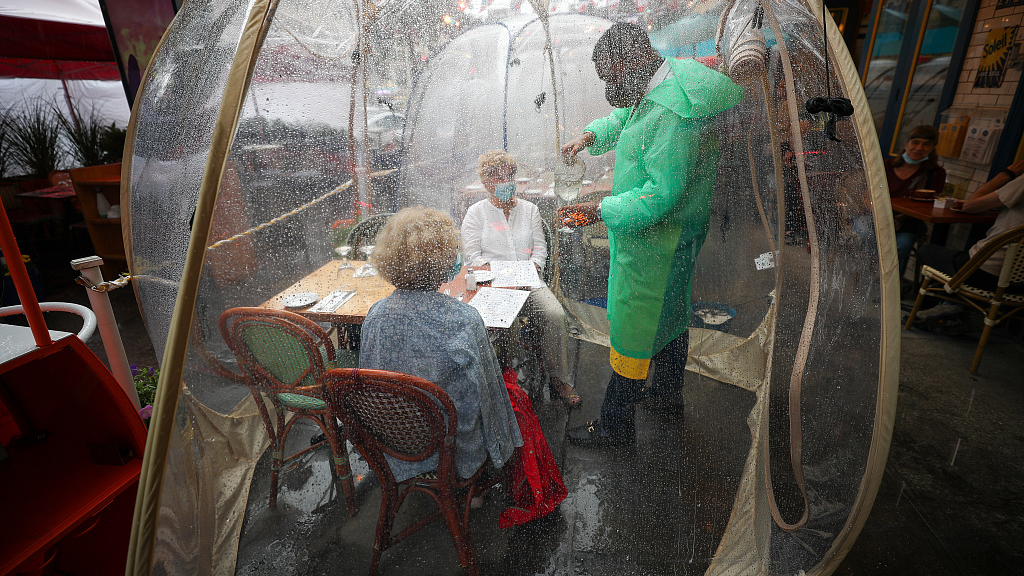 Space bubbles are frothing up business at a New York bistro, offering fresh air in safe capsules on sidewalks for customers on guard against the coronavirus. /CFP

Space bubbles are frothing up business at a New York bistro, offering fresh air in safe capsules on sidewalks for customers on guard against the coronavirus. /CFP

A new study suggests SARS-CoV-2, the virus responsible for COVID-19, can remain infectious for a significantly longer time than previously thought.

The virus, in lab conditions, can survive for 28 days at 20 degrees Celsius on common surfaces such as glass, stainless steel, banknotes, paper and some non-porous materials, findings from Australia's national science agency say.

Researchers also found viruses live for shorter periods in hotter temperature than in cooler conditions. They say viruses stopped being infectious within 24 hours at 40 degrees Celsius on some surfaces.

The study, published in the Virology Journal last Wednesday, demonstrated these results can be used to inform improved risk mitigation procedures to prevent the fomite spread of COVID-19.

The COVID-19 virus has been transmitted primarily via small droplets from coughing, sneezing and talking. But people may also become infected by touching a contaminated surface and rubbing their face, mouth or eyes afterwards.

Public health experts have warned people to keep to a social distance and avoid close contact as the deadly virus has spread throughout the world at an alarming rate.

However, some scientists have raised concerns over the experiment results, doubting the actual threat and infectiousness posed by the virus.

Professor Ron Eccles, from Cardiff University, told the BBC that the result was causing "unnecessary fear in the public."

"Viruses are spread on surfaces from mucus in coughs and sneezes and dirty fingers and this study did not use fresh human mucus as a vehicle to spread the virus," he said.

"In my opinion infectious viruses will only persist for hours in mucus on surfaces rather than days."

Eccles' words were backed up by a previous study conducted by U.S. researchers in March, which showed that the virus was detected as viable in the air only for up to three hours. It remained active on plastic and stainless steel surfaces for two to three days under specific lab settings.

However, researchers noted that the findings do not prove that people have been infected through breathing the virus in through the air or by touching contaminated surfaces. "It's theoretically possible," said study leader Neeltje van Doremalen at the National Institute of Allergy and Infectious Diseases.

Read more: Answer Bank: How long can the novel coronavirus survive on surfaces?

In addition, in a paper published by the Lancet in July, Emanuel Goldman, professor of microbiology at Rutgers University, said "the chance of transmission through inanimate surfaces is very small."

Studies that suggested a significant risk had been designed with "little resemblance to real-life scenarios," he added, according to BBC report.