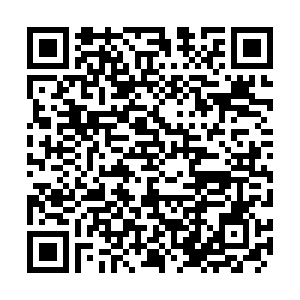 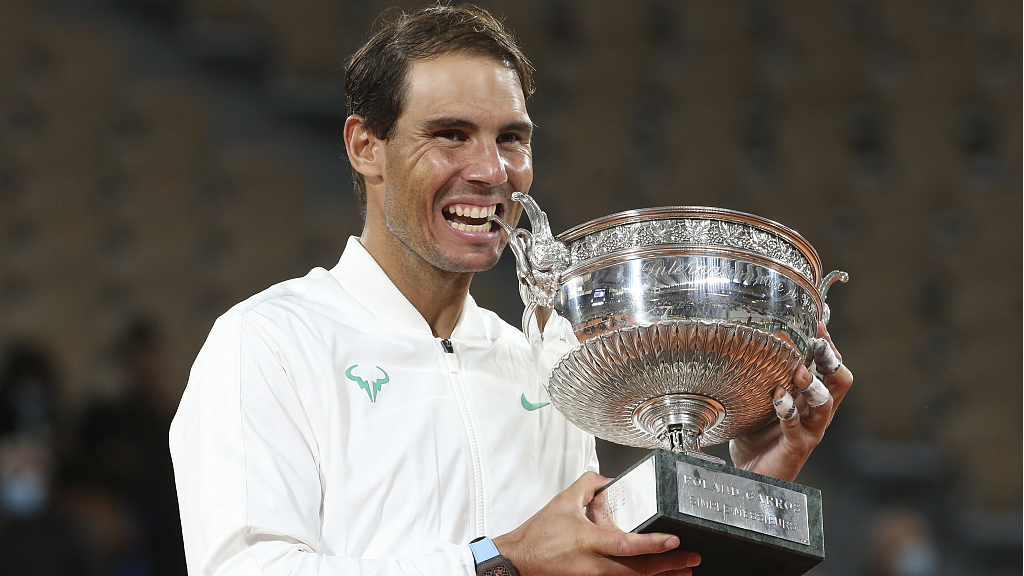 With his phenomenal play, Nadal claimed a record-equaling 20th Grand Slam title and tied with Swiss Roger Federer as the player with the most men's singles major titles.

"To win here means everything. I don't think today about the 20th and equal Roger on this great number, today is just a Roland Garros victory and that means everything to me," the world number two said.

"This love story I have with this city and this court is unforgettable."

The final, expected by many to be another great clash in one of the sport's greatest rivalries, turned out to be a bit of a surprise as Nadal dominated throughout in a one-sided match with a flawless performance to score his 100th match win in Paris. 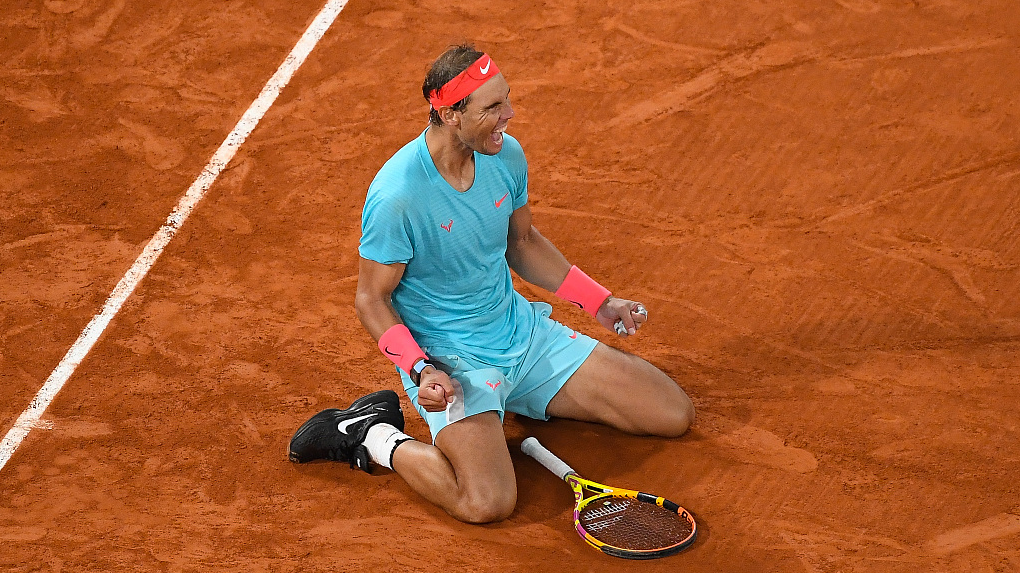 Rafael Nadal falls on his knees while celebrating his victory against Novak Djokovic in the French Open men's singles final at Roland Garros in Paris, France, October 11, 2020. /VCG

Rafael Nadal falls on his knees while celebrating his victory against Novak Djokovic in the French Open men's singles final at Roland Garros in Paris, France, October 11, 2020. /VCG

He raised his game to an unbelievable level from the start, granting his opponent no error space as he answered every ball deep and heavy.

Nadal only committed six unforced errors in the opening two sets altogether and maintained his form to produce a high-quality third set before sealing his victory against Djokovic.

"Today you showed why you are the king of clay. Today was a tough match, I was outplayed by a better player today," said Djokovic after losing his third Roland Garros final to Nadal and failing to shrink the gap with Federer and the Spaniard for the most major wins.

"He did surprise me with the way he was playing, the quality of tennis he was producing, the level. He's phenomenal. He played a perfect match, especially in the first two sets."

Heading into the tournament, many were doubtful about Nadal's continuing dominance amid unfavorable weather conditions as well as his lack of usual preparation on clay courts due to the coronavirus pandemic.

According to Nadal, this was the toughest test he had ever faced at Roland Garros. But he came through those challenges with potentially his highest level of play in the final to win the tournament. 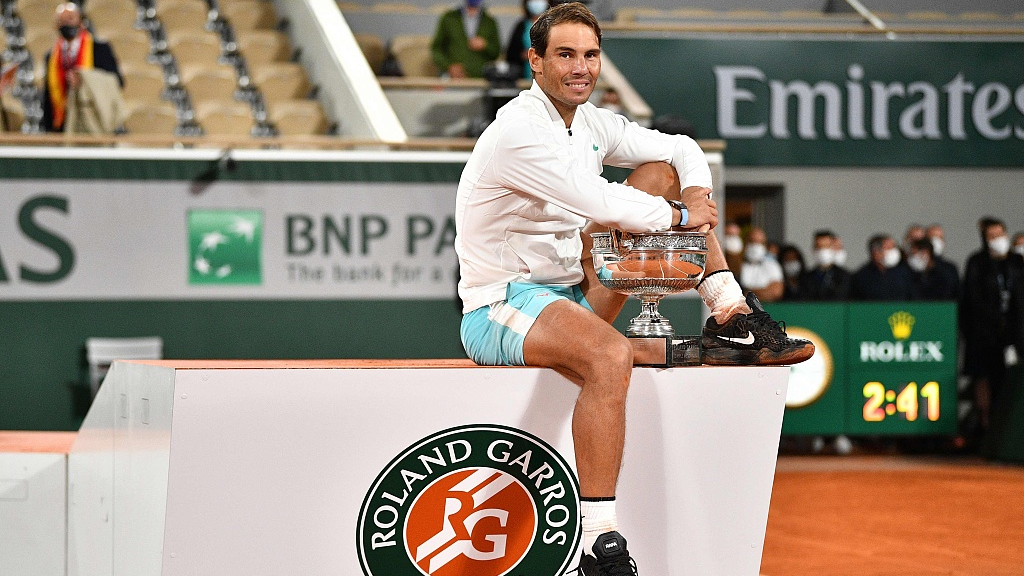 Unforced errors in the more competitive third set gave Djokovic a glimpse of hope that he could turn the match around. However, the king of clay held on, breaking again in the 11th game and bagging the victory.

Nadal and Federer, with their haul of 20 majors, now stand three clear of Djokovic, the last active player to beat the Spaniard at Roland Garros.

Federer, who has been recovering from knee surgery and just confirmed his participation in the 2021 Australian Open, congratulated his friend.

"I have always had the utmost respect for my friend Rafa as a person and a champion," he tweeted. "As my greatest rival over many years, I believe we have pushed each other to become better players."

"Therefore it is a true honor for me to congratulate him on his 20th Grand Slam victory. It is especially amazing that he has won Roland Garros an incredible 13 times which is one of the greatest achievements in sport. I hope the 20 is just another step on the continuing journey for both of us."

(Cover image: Rafael Nadal celebrates with the trophy after his victory over Novak Djokovic in the men's singles final at Roland Garros in Paris, France, October 11, 2020. /VCG)