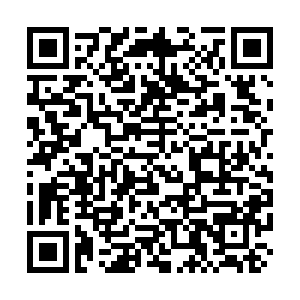 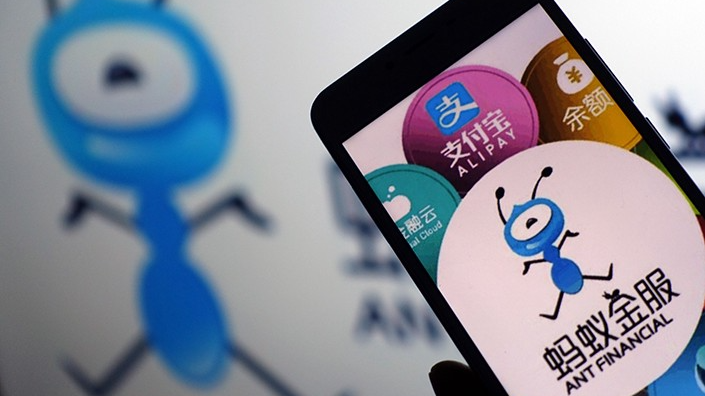 Ant Financial is the Alibaba-linked payment firm which runs the popular application Alipay. Alipay has helped engineer a "cashless revolution" in China which has made transactions easy, quick and convenient.

The result is that its parent company has grown to become one of the largest financial organizations in the world, the company's value is estimated at over $200 billion, bigger than Goldman Sachs. Very soon, Ant will be undergoing an initial public offering (IPO) on Shanghai and Hong Kong Stock Exchanges; it is widely expected to be the largest IPO in history and reel in an estimated $30 billion. Many Wall Street companies in the U.S. are rushing to be part of it.

But not everyone is happy. We live in an age where anything in China that is successful on a global scale is subjected to a spree of hysteria, fearmongering and vindictive policies in the United States. After weaponizing McCarthyist politics to attack Huawei, TikTok and others, the immense achievement of Ant Financial has attracted the spleen of Washington's finest.

Firstly, an anonymous report appeared in U.S. media outlets claiming the White House may sanction Ant to disrupt its IPO. The report was speculative and not confirmed policy, but the person who leaked it had an agenda. Secondly, U.S. senator for Florida Marco Rubio, a prominent China hawk, demanded the White House find a way to delay the offering.

What is the rationale behind the reason that the U.S. should take action against it? Not surprisingly, it's the same old rhetoric that the company, without evidence offered as usual, somehow presents a threat to U.S. national security.

The mainstream media in the West were happy once again to convey these narratives at face value. The Reuters reports on Rubio's comments stated there were "fears" and "concerns" that Ant would "steal the financial data of Americans" and of course represented these remarks as being legitimate than pointing out the obvious political opportunism behind them.

Yet again as ever, the term "threat to national security" is being abused to target anything from China that the U.S. now deems to be too successful. 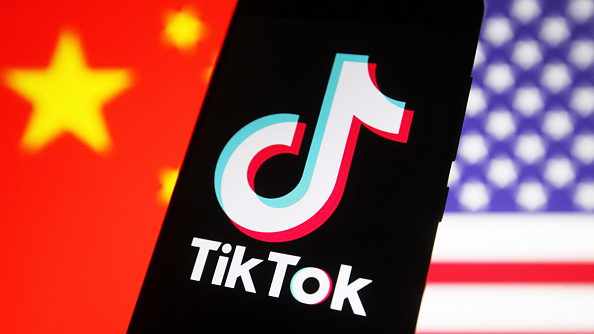 In this photo illustration, a TikTok Chinese video-sharing social networking service logo seen displayed on a smartphone with flags of the United States and China in the background. /Getty

In this photo illustration, a TikTok Chinese video-sharing social networking service logo seen displayed on a smartphone with flags of the United States and China in the background. /Getty

Such a policy and outlook towards China is not being driven out of logic, reason or strategy, but spite, pettiness and a childlike demeanor. Rather than deriving a calculated and balanced strategy to Beijing, the broader doctrine of the U.S. is simply to attack anything that makes America's own achievements or role in the world "feel small" and attempt to hammer it into submission to preserve America's capabilities. This attitude is flavored by Trump's personal outlook wherein he openly seeks to position himself as being bigger, better and more successful than others, thus actively aiming to treat rivals contemptuously and act as a bully.

The whole saga regarding TikTok, over for now partly due to the COVID-19 chaos at the White House, is a textbook case study of this immature approach to policy. American politicians sought to target, demonize and even ban the application on the premise that it was Chinese and it was successful on a global scale, despite the fact that as a video application it held no strategic significance whatsoever.

The national security line was just a convenient facade for this "politics of envy" – as it has been for everything. The president wanted to extort the app from ByteDance by force as an electoral stunt to humiliate China, not because it was a serious threat.

On this note, regardless of what happens, we shouldn't take any of this rhetoric about Ant Financial seriously. The company hasn't done anything wrong and the allegations it has are so groundless they shouldn't even be discussed.

The sole problem is that it is a Chinese company and that it is successful on a global scale. Nothing more, nothing less. The White House only wants to rain on its parade and spoil its IPO on the premise of spiting China's success. If they are naive to take any serious action, the fallout from any move will cause damage to global financial markets and likely undercut the global standing of the U.S. dollar.

It's not a wise move and quite explicitly, the newly found "obsession" and "concerns" over the company are is the product of a childlike envy directed towards China and a playground politics of spiteful returns. American politicians must ultimately learn to accept China as a globally significant actor and live with it, than destabilizing the globe erratically in efforts to hammer it back down.