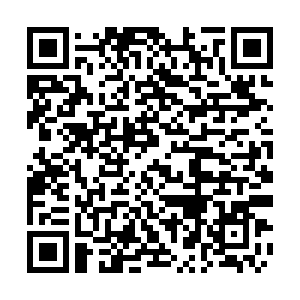 Chinese lawmakers are mulling over lowering the minimum age at which a minor can be convicted to 12, in individual cases under specific circumstances.

The proposal was made in a draft amendment to the Criminal Law, which was submitted Tuesday to the ongoing session of the Standing Committee of the National People's Congress (NPC), China's top legislature.

The Standing Committee of the 13th NPC started its 22nd session Tuesday to review multiple draft laws and law revisions.

If a juvenile, who has reached the age of 12 but is under 14, commits intentional homicide or inflicts an injury that leads to death under flagrant circumstances, he or she shall bear criminal responsibility upon attestation and approval of the Supreme People's Procuratorate (SPP), according to the draft.

Currently, minors under the age of 14 do not bear any criminal responsibility in China. However, some high-profile cases involving violent crimes committed by underage youths in recent years have sparked a heated debate on the minimum age of criminal liability.

Besides, statistics from the country's top procuratorate raised concerns over juvenile crimes. China saw a rebound in juvenile delinquency in recent years, according to a white paper issued by the SPP.

The most common juvenile crimes prosecuted were theft, robbery, intentional assault, affray, creating disturbances and rape, accounting for about 82.28 percent of the total, the white paper showed.

According to a draft law on personal information protection submitted for the first reading at the Standing Committee of the NPC's ongoing session, personal consent should be obtained on the premise of prior notification for handling private information and individuals have the right to withdraw their consent.

The draft added that when important issues are changed, personal consent shall be obtained again.

No product or service shall be denied on the ground of personal disagreement, the draft noted.

Before processing personal information, the data processor shall inform the individual of matters such as the identity and contact information of the processor, the purpose and method of processing, the type of personal information to be processed and the retention period, all in a conspicuous way and in clear and easy-to-understand language, the draft required.

By March 2020, China had 900 million internet users, more than 4 million websites and more than 3 million applications, according to an introduction of the draft law.

Personal information protection has become one of the most important and practical issues for everyday people, said the introduction.

Chinese lawmakers on Tuesday also began reviewing a draft revision of the Law on the Protection of Minors, in a move to strengthen the responsibility of guardians in protecting minors.

The latest draft of the revision adds stipulations that parents or guardians should provide the minors in their care with a safe family living environment and promptly eliminate potential safety hazards that could lead to electrical shock, scalding, falling or injury.

Guardians should also take measures to prevent minors from being injured in traffic accidents, such as providing child safety seats and teaching minors to abide by traffic rules.

The draft also makes provisions on protecting minors in cyberspace, stating that the processing of personal information of minors under the age of 14 will require the consent of their parents or other guardians.

According to the draft, internet service providers should take measures such as disconnecting links to stop online bullying and the dissemination of information harmful to the physical and mental health of minors, and report to relevant authorities.