China is set to surpass U.S. as world's largest movie market in 2020
By Zhang Ziyu 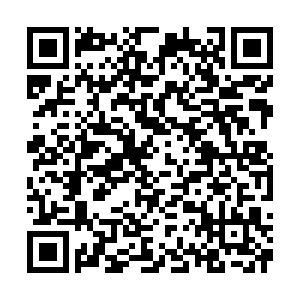 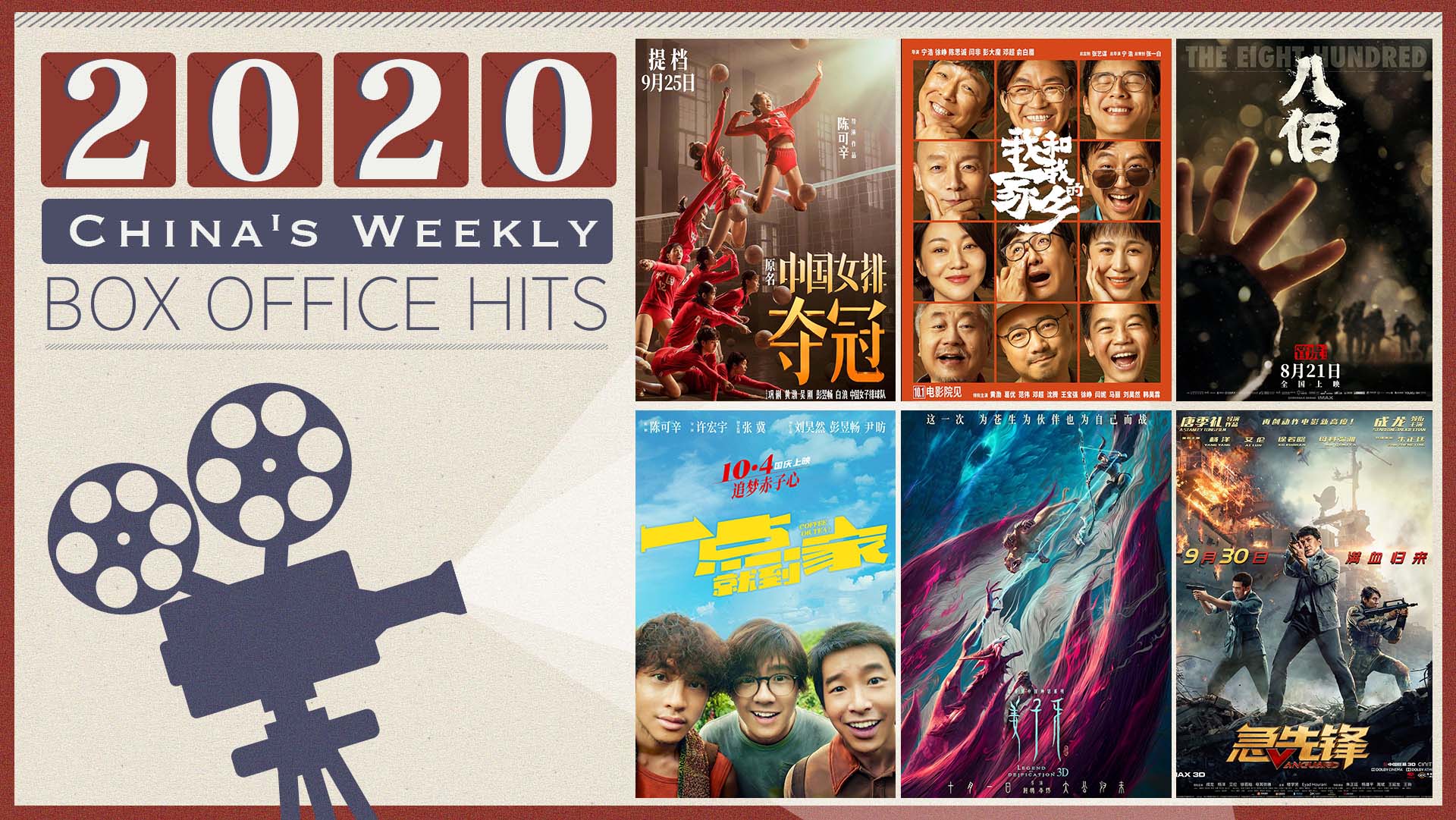 The just-concluded National Day holiday saw a recovery for the film industry in China, as the total domestic box office soared past 3.95 billion yuan ($585 million) from October 1 to 8, according to China movie Data Information Network.

In the past weekend, the total China box office hit $68 million, once again far surpassing sales in North America, where cinemas earned less than $9.5 million, according to Variety's report.

The patriotic film "My People, My Homeland" leads box office, grossing 2.15 billion yuan ($318.6 million) as of October 11, the first Sunday after the holiday, and tops the box office since October 3. It surpassed Hollywood's "Sonic the Hedgehog," became the fourth highest-grossing movie of the year globally. 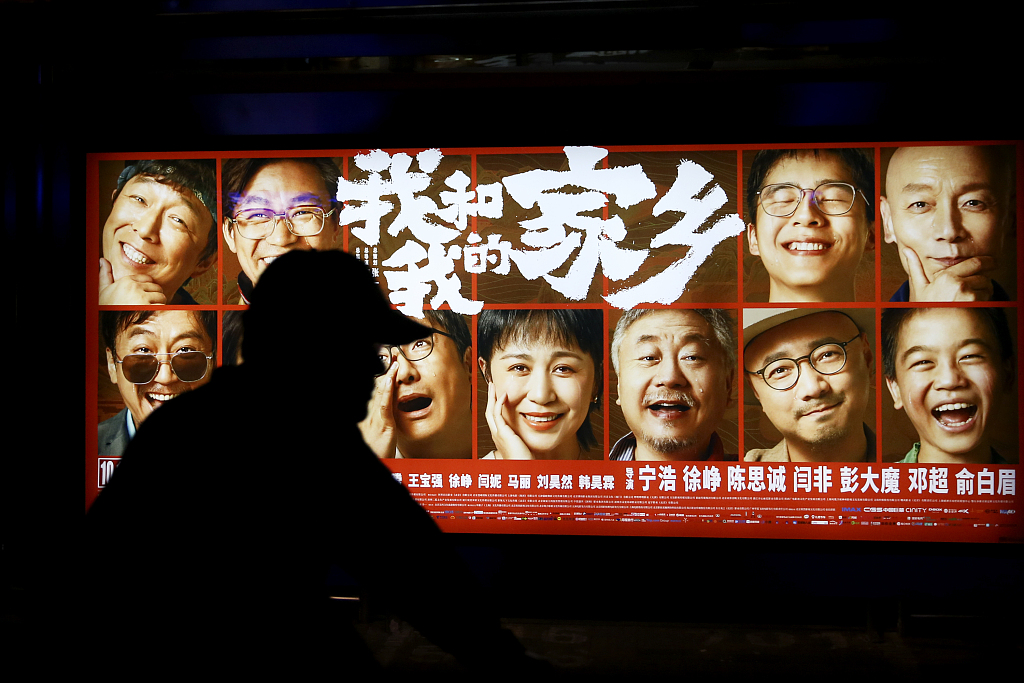 A poster of film 'My People, My Homeland.' /CFP

A poster of film 'My People, My Homeland.' /CFP

The movie demonstrates the extent to which China's market has recovered in the wake of the coronavirus pandemic and the rapidly development of domestic film productions.

Animated film "Jiang Ziya: Legend of Deification" is the second-highest earning film in the past week, grossing 1.45 billion yuan ($21.5 million) since released. It also broke the first-day box office record for a Chinese animated film, setting a new record for the industry. 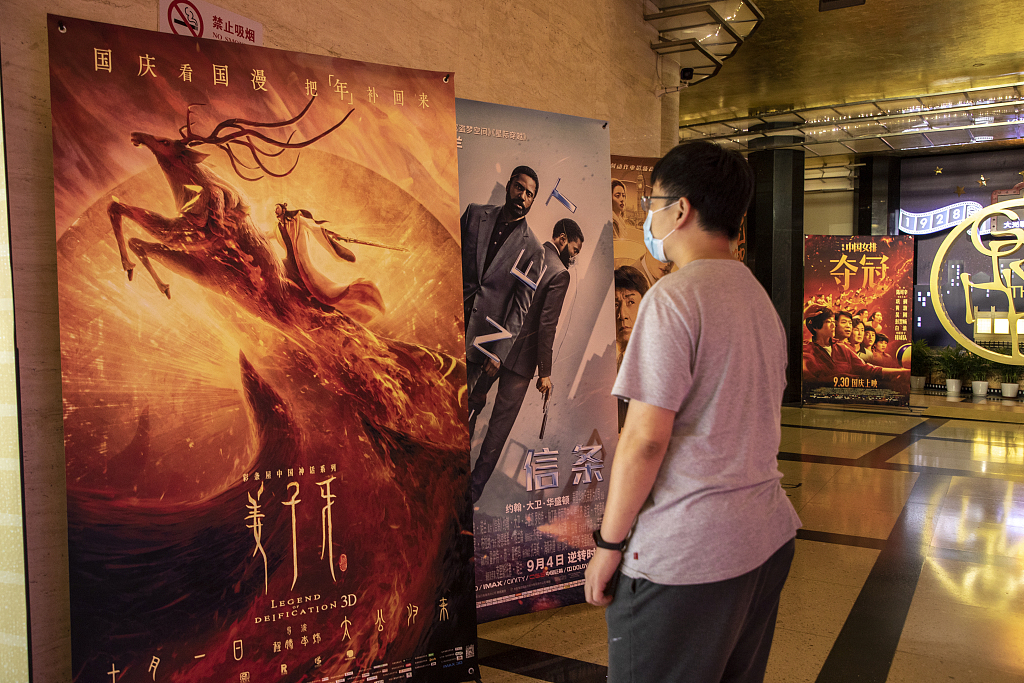 A moviegoer stands in front of a poster of 'Jiang Ziya: Legend of Deification.' /CFP

A moviegoer stands in front of a poster of 'Jiang Ziya: Legend of Deification.' /CFP

In third place was the Chinese sports drama "Leap," which focuses on the Chinese women's national volleyball team and starring A-list actress Gong Li. As of Sunday, "Leap" has grossed 639 million yuan ($94.7 million), according to data from Maoyan, a movie-ticketing and film-data platform.

Adapted from the acclaimed novel of the same name, "The Story of Xi Bao" will also be released on Friday.

As moviegoers go back to the cinemas and more blockbusters are released, the China box office is poised to surpass the U.S. as the world's largest film market in 2020.