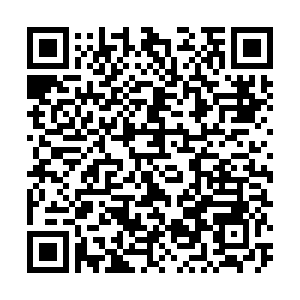 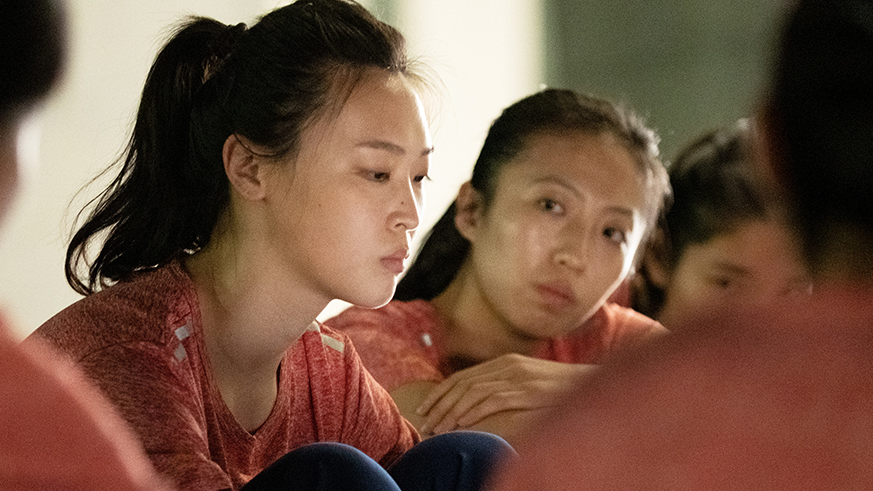 "Leap," the story of China's Olympic winning women's volleyball team, which made its domestic debut last month, is one movie representing this new chapter. Adapted from real events and told through the lens of volleyball legend Lang Ping, it offers a unique glimpse into some of the contentious issues that have compounded her complicated legacy.

And therein lies the novelty.

"'Leap' is distinguished from other patriotic movies in the way that it treats characters in a rather refreshing way while injecting the story with fresh narratives and far-reaching hints," Jing, a movie reviewer who runs his own review website, told CGTN. 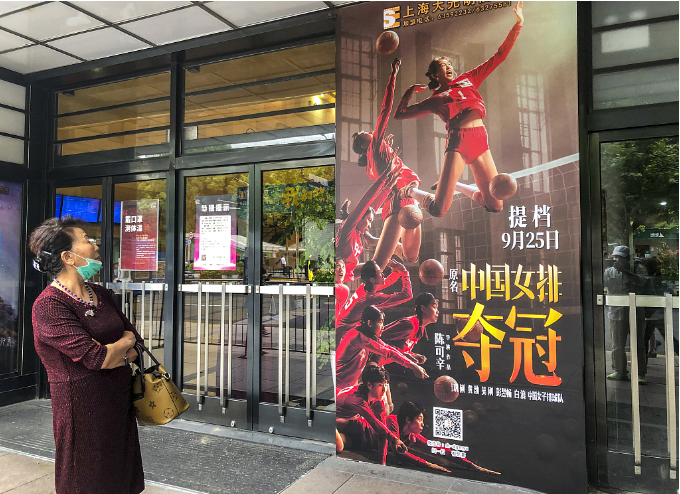 A poster of Chinese sports film "Leap" shown outside a cinema in Shanghai, September 27, 2020. /CFP

A poster of Chinese sports film "Leap" shown outside a cinema in Shanghai, September 27, 2020. /CFP

While some of these are repetitive, they serve a purpose. "We do need these movies to convey some messages," said Li Jing, another freelance movie reviewer.

But "stories need to be told in a way that characters are fully formed," Li explained. "'Leap' is not perfect, but it shows the effort of focusing the narrative on an intricate character."

A standard Chinese patriotic movie tends to emphasize individual sacrifices for the collective, but "Leap" did not follow that path, according to Jing. "I believe Peter Ho-sun Chan, the movie director, was more keen on examining the reconciliation between individual fulfillment and collective interests. It transcends the idea that war-time blockbusters are the only type of movies that audiences like."

Lang was an indefatigable player in the national women's team when China was just opening up to the outside world in the 1980s. At a time when patriotism was running high and winning sports events on the global stage signified tremendous national pride, Lang and her team secured thrilling victories – including a world championship title and Olympic gold – that still reverberate across the country.

After taking up a coaching career in the U.S. and successfully guiding the U.S. national team to notable victories, she returned to China and was determined to lead the struggling Chinese national team back to its peak. But by then, she was no longer just a patriot elated by winning glory for her country, but had become a seasoned, reserved coach accustomed to both victory or defeat. 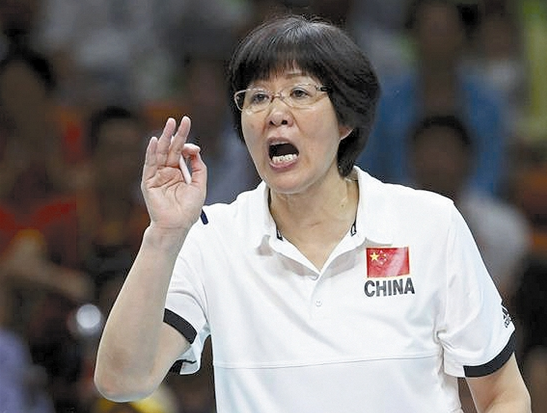 And "Leap" touches on the contentious theme underlying that change: her questioning of China's sports system, where top athletes are required to devote all their energy to their sport but are not prepared for life after their career is over.

"'Leap' not only acknowledges the fading trend of patriotism in contemporary China, a cause for the loss of spirit that once motivated athletes of older generations, but also hints at Lang's change in attitude towards volleyball as well as the drawbacks of China's sports system," Jing said. "In this respect, Chan approaches these topics with full honesty."

Lang suffered permanent injuries due to strenuous training in her early career as an athlete. Even now, she still holds a disability certificate in the U.S.. But before she left China for an overseas coaching career, she was allegedly refused reimbursement for some costly medical bills by the Chinese volleyball association.

"Chan is very adept at presenting individualism as the product of our time. One of his signature movies in the 1990s, 'Comrades: Almost a Love Story,' depicts a woman who puts her self-interest above others," said Li.

"In 'Leap,' we can see the unraveling of the same discussion. Though bound to offend some in the audience, this is the sharp reflection of reality," Li added.

"Leap" follows a number of other bold and thought-provoking films that have come out in recent years.

The 2018 movie "The Shadow Play" by Lou Ye took a sharp look at the pervasive practices of forced relocation. 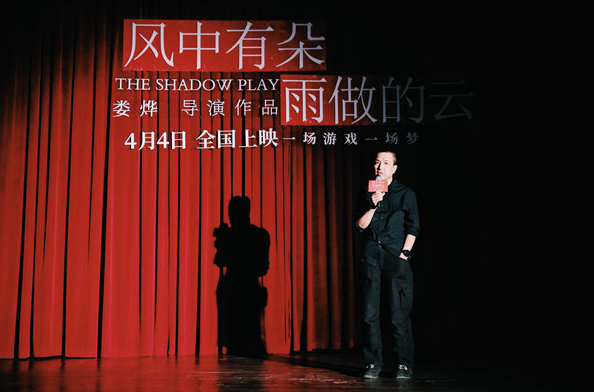 Lou Ye, director of "The Shadow Play," speaks before presenting the movie. /Xinhua

Lou Ye, director of "The Shadow Play," speaks before presenting the movie. /Xinhua

"Dearest," another one of Chan's works, provocatively dove into the issues surrounding child abduction and did not shun away from the problematic ramifications of China's birth control policies.

"These movies turned out to be more popular and often received good reviews," noted Jing.

"Leap" topped the Chinese box office in the first week of its release and has already made 700 million yuan ($104.19 million) since then.

Despite speculation that China's censorship system is tightening its grip on the movie industry, a growing number of movie makers have been toeing the line of what is acceptable to the film censors.

Lou Ye, director of "The Shadow Play," is known to have challenged the censorship system for years. One of his principles for filmmaking, as he himself has stated, is "not to give up on making movies that push the boundaries, as long as they don't cross the line."

These directors are feeding new blood into China's movie industry.