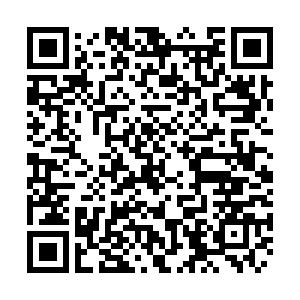 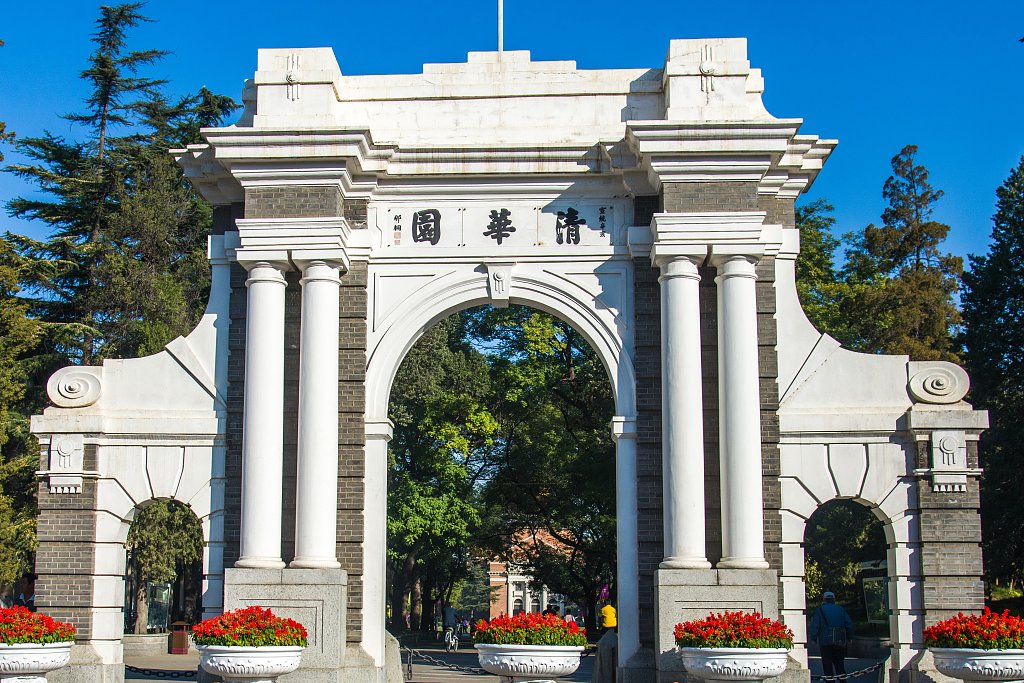 This summer, the name Sun Chuan topped the search charts on China's microblogging website Weibo. The 17-year-old was reportedly toiling at a construction site when he was informed about being accepted as a student at Tsinghua University, China's top university.

Born in one of China's extremely poor areas, southwest China's Liangshan Yi Autonomous Prefecture, Sun became the first member of his family to go to college. His father is a migrant worker and his mother teaches at a local primary school. As the eldest child, he had to babysit his younger siblings and help his parents on the farm.

After sitting for his college entrance examination in July, he landed a job at a construction site to mitigate the family's financial woes and save some money for his upcoming college life.

Despite their family background, the first-generation college students from rural households perform just as well as their urban peers, according to a research done by East China Normal University. 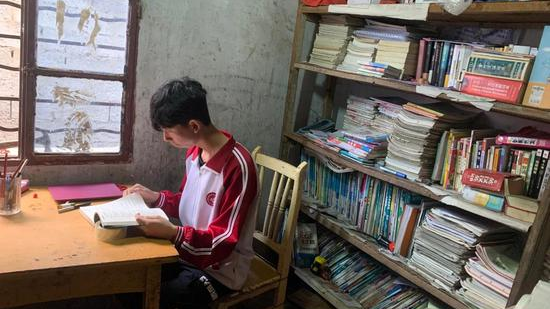 Researchers evaluated students' performance based on three indexes: times of exam failures, score ranking and scholarships. Their research discovered no significant difference between the two groups.

Zhu Rongkuan, a student at Harbin Institute of Technology, an advanced university in northeastern China's Heilongjiang Province, was born in an undeveloped county-level city. He is the first from his family to become a college student.

During five years in the university, he won the first prize in the national energy conservation and emission reduction competition and applied for three national invention patents when he was an undergraduate student. Now as a post-graduate student, he is doing research in aerospace and national defense. He also once served as the president of the students' union. 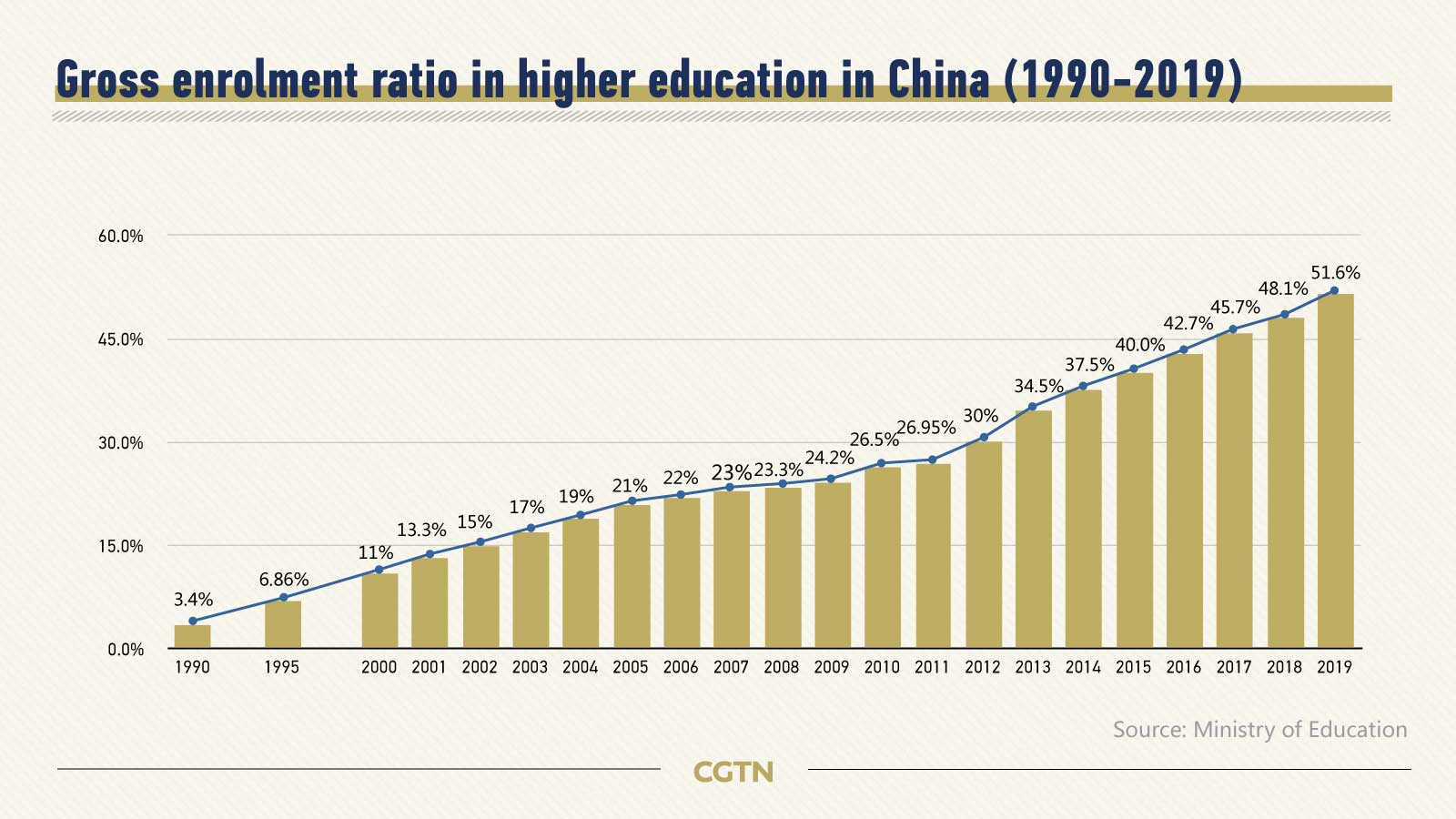 The GER is used to show the ratio of the number of students who live in the country to those who qualify for a particular grade level. It's perceived as a key indicator to assess the knowledge component of the country.

The GER is often linked to income levels in the economy. Without financial support for students from low-income families, the growth could be hampered.

For example, India and China had similar GERs between 1995 and 2001, but China has significantly injected more education funding in the last two decades, increasing the rate to 51.5 percent in 2019, while due to lack of enough funding, India's GER ratio stands at 26.3 percent in the same year, according to a report by the United States-based think tank Brookings Institution. 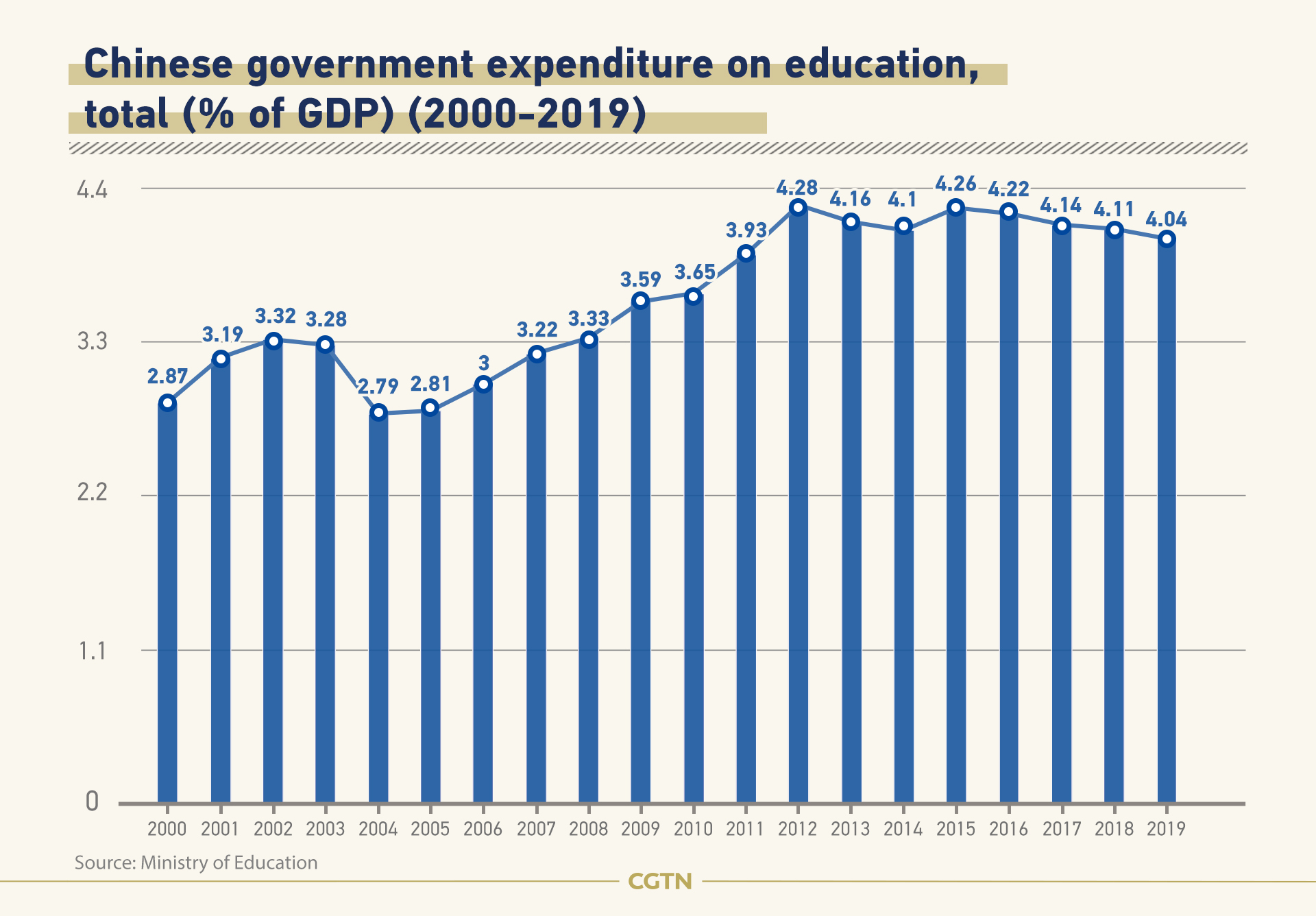 China attaches great importance to the development of education. Its official data shows that the government expenditure on education has increased continuously over the years.

Even though the spending on education per student has improved a lot in the last decades, it is still far behind developed countries. Fast economic development has widened the education inequality gap as some elite schools in the big cities coexist with the vast numbers of schools operating on a completely different level of quality.

During a recent conference, Wu Yan, director of the Higher Education Department of the Ministry of Education, said that China will further accelerate its "massification" of higher education and improve its quality nationwide, aiming to make it a strategic engine for the development of national soft power and hard power.