The Chat Room: Make 'No Poverty' a reality everywhere
CGTN 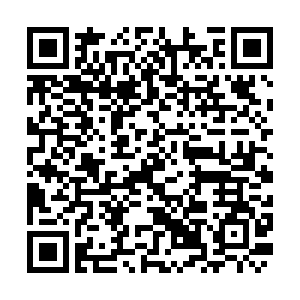 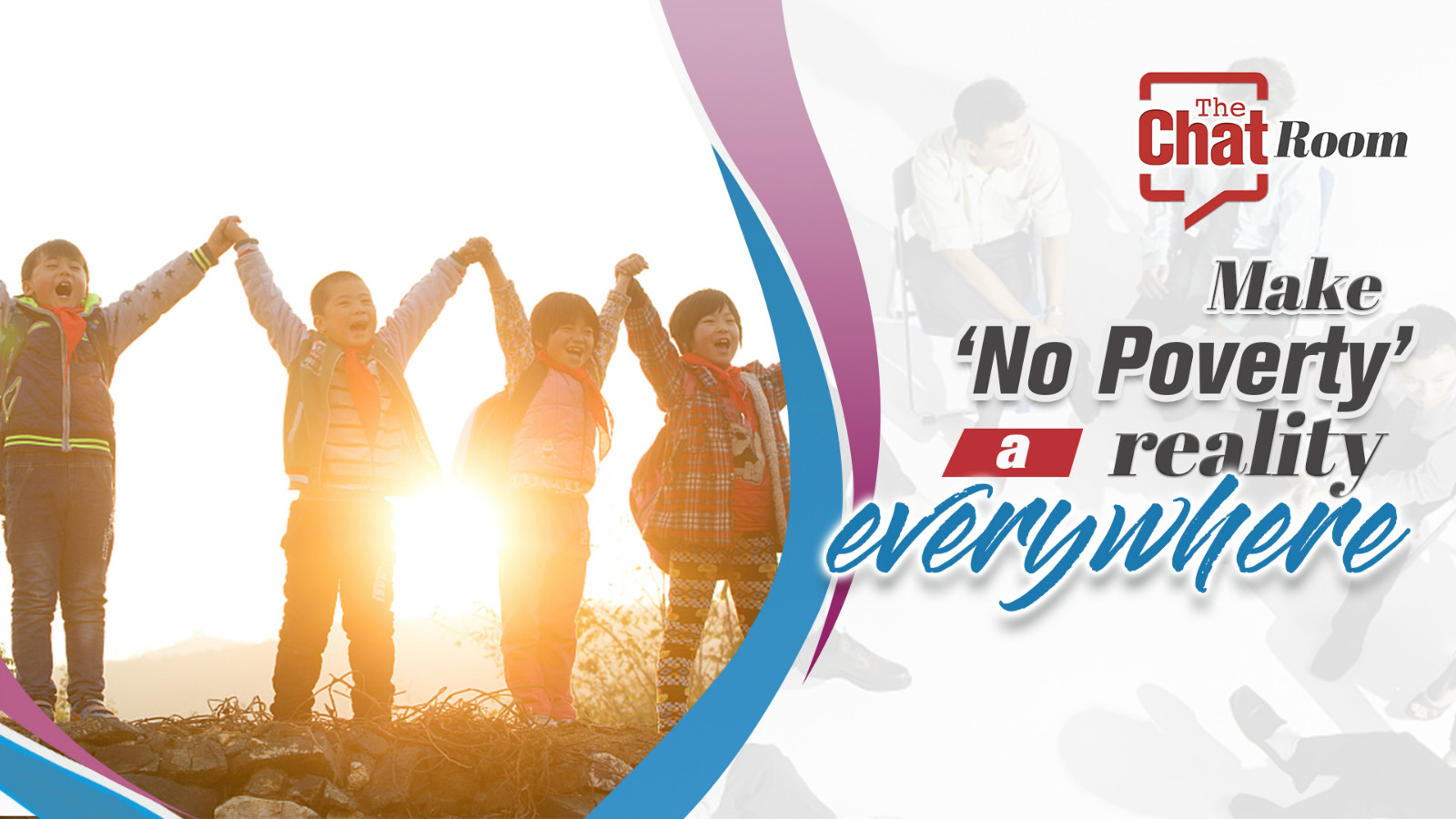 October 17 marks the International Day for the Eradication of Poverty, which reminds us that even in a world of unprecedented development of technology, economic growth and financial resources, millions of people still live in extreme poverty.

The day has also been marked as China's National Poverty Relief Day since 2014, and as China works towards its goal of completely eradicating absolute poverty by the end of 2020, many changes have taken place in remote rural areas.

"The Chat Room" brought together a group of experts and volunteers who have been working in poverty relief across the world to share their stories. CGTN's virtual reality mascot, giant panda Xiaomo, made its first appearance in the studio as well. 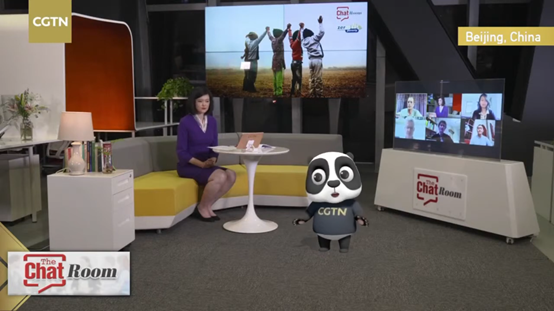 What can be done to eradicate poverty?

Robert Larkin is a professor at Huazhong Agriculture University. He has been working with a poverty alleviation program through agriculture and has witnessed changes in local villages after farmers there shifted from growing traditional crops to grapefruit.

Nico Hansen is a retired police officer from Luxembourg and his story with China started with a tour to a village in the Guangxi Zhuang Autonomous Region in 2015.

According to Hansen, the local government was seeking to persuade farmers to shift to passion fruit at the time, and he wanted to help. 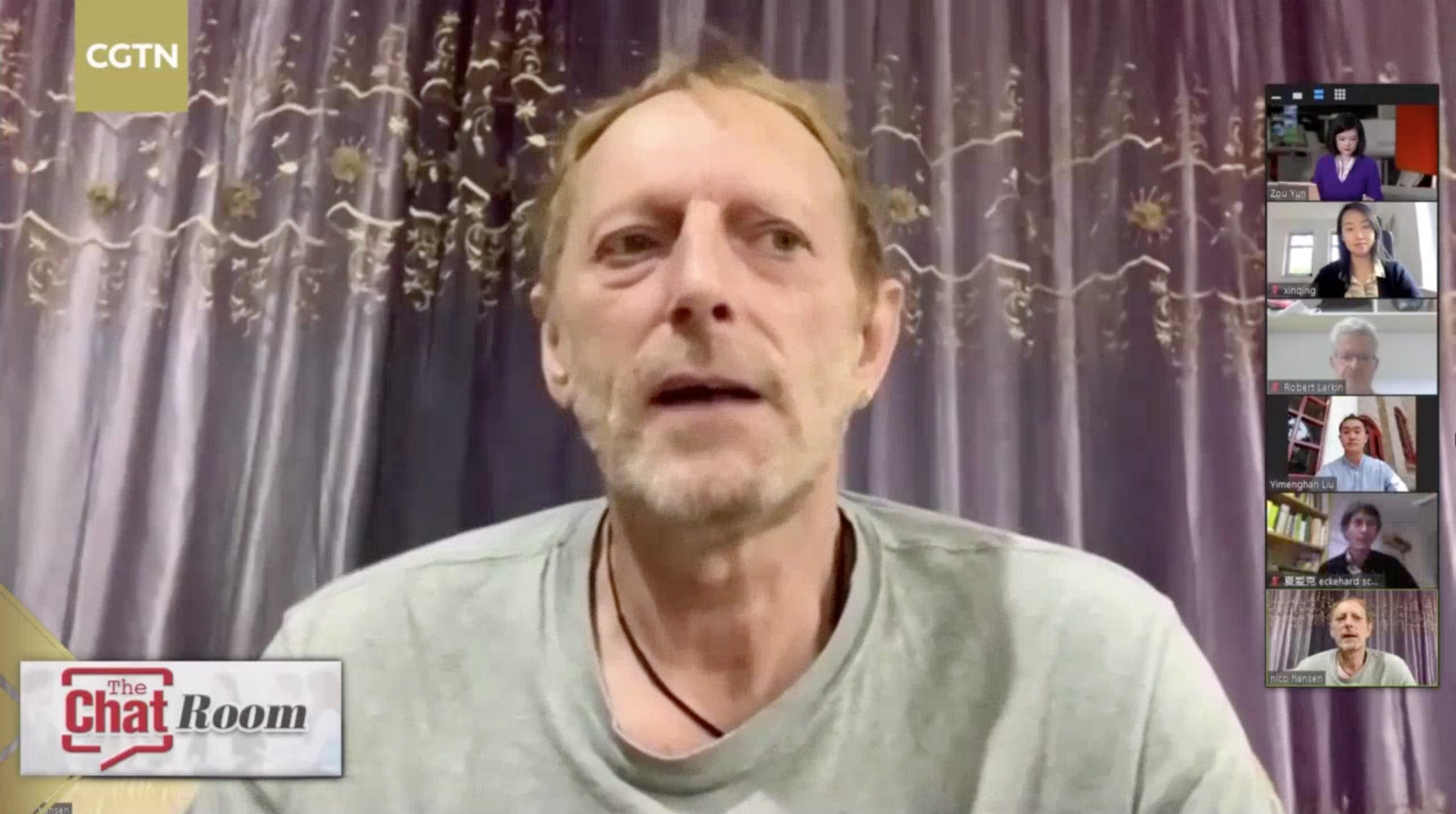 He started working on poverty alleviation there in 2018. Over the two years, villagers have seen new paved roads and moved to new houses. Electricity and water are no longer a problem for them, so they are considering planting yellow watermelon, a fruit which can create a greater margin of profit.

German doctor Eckehard Scharfschwerdt has got a Chinese name – Xia Aike, and he has been working in China for 15 years. Starting in 2016, after a visit to a village in Yunnan Province, he joined the poverty alleviation program in the local area by working with hospitals in saving lives and training doctors.

As foreign volunteers work in China, so are Chinese people contributing to other countries. 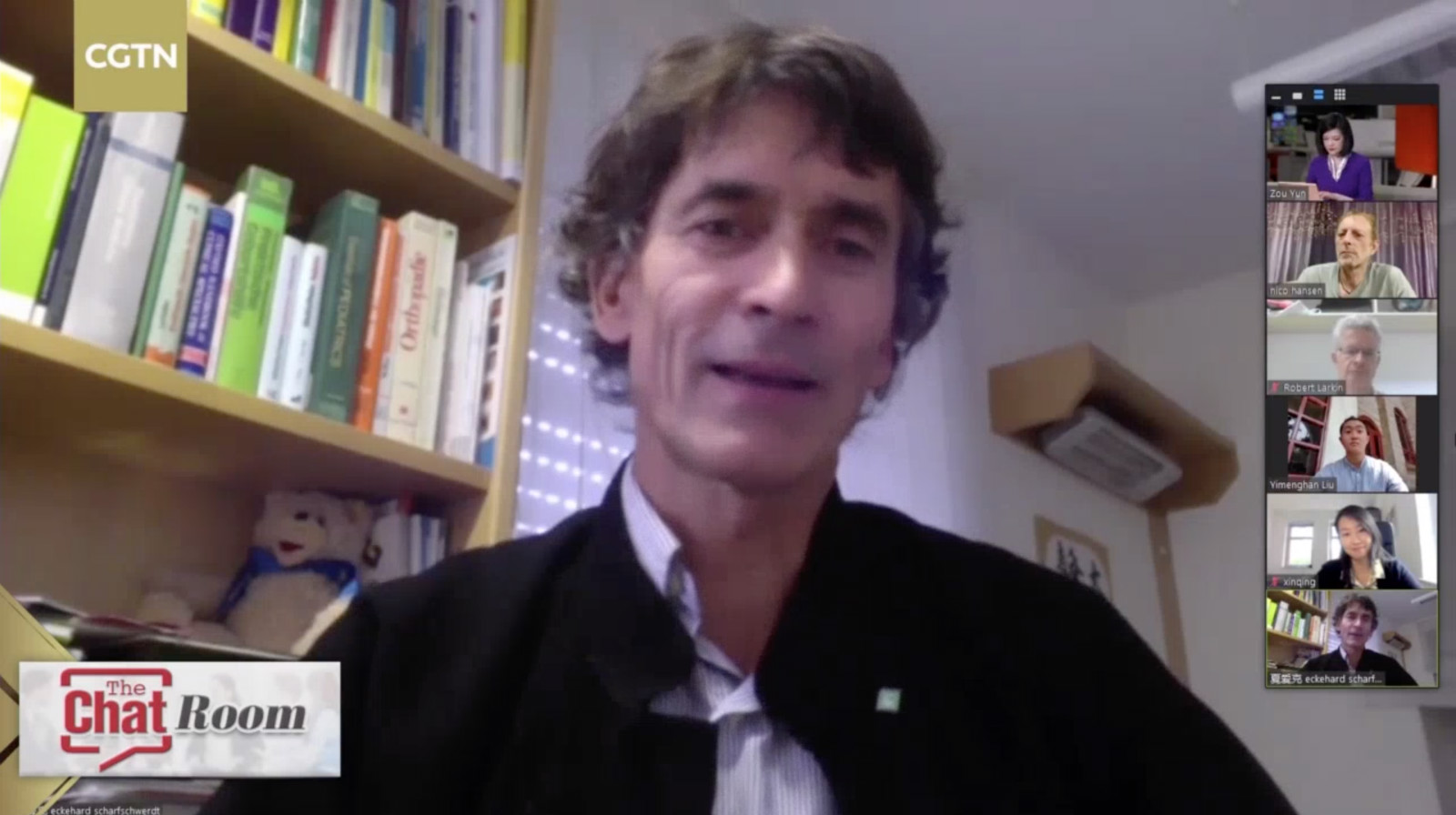 Dr. Eckehard Scharfschwerdt of Germany has been working for poverty eradication in Yunnan Province. /CGTN

Dr. Eckehard Scharfschwerdt of Germany has been working for poverty eradication in Yunnan Province. /CGTN

Lu Xinqing, after working for two years in Nairobi in poverty eradication, is pursuing her master's degree in France majoring in the environment and agricultural policy.

Liu Yimenghan, co-founder of a Chinese NGO "Dream Building Service Alliance," has been working in Kenya for 13 years. He now focuses on a feeding program in schools aimed at providing improved educational opportunities for children in Africa. 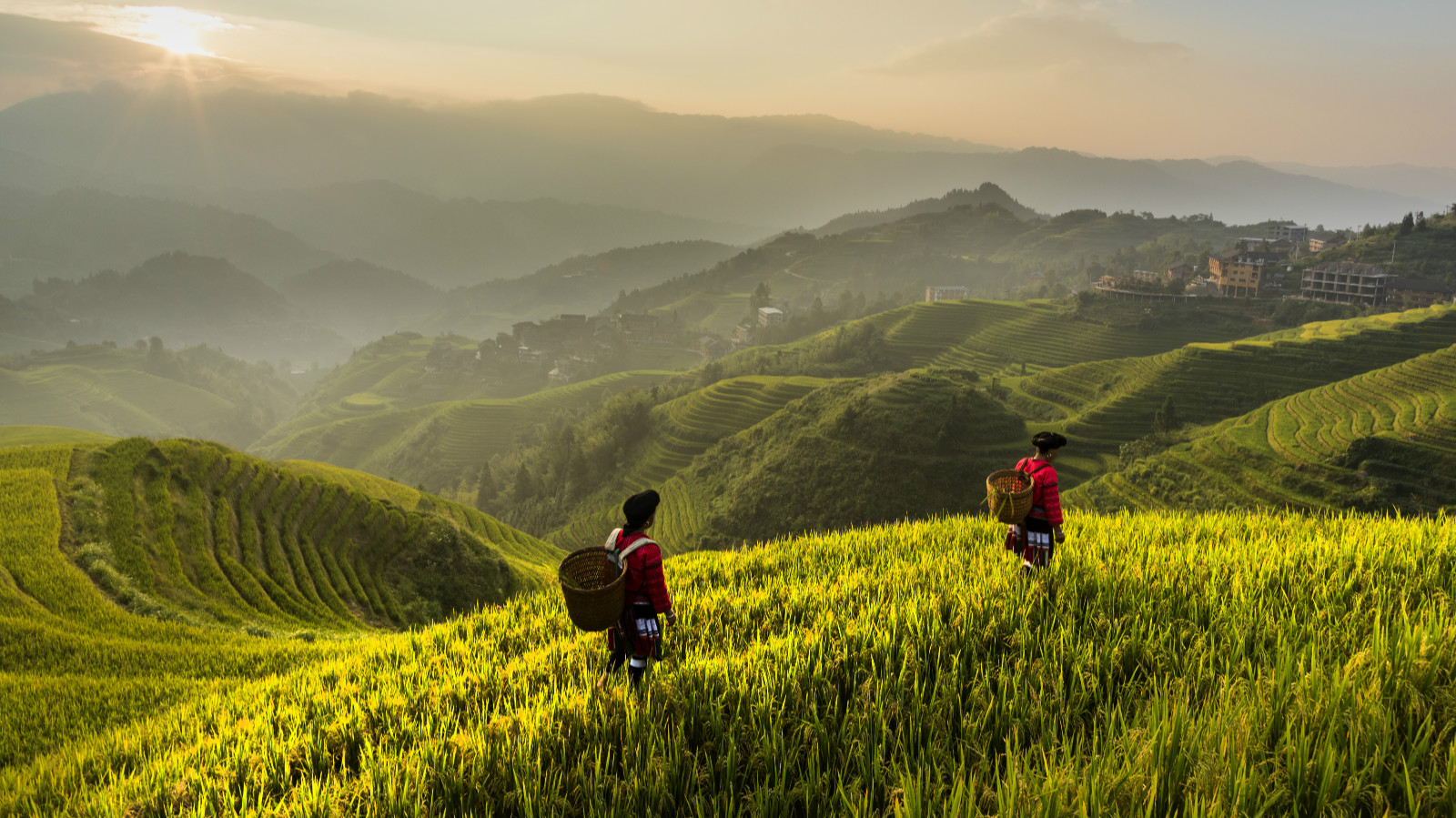 The key to poverty eradication

Hansen believes that infrastructure is the most important part in eradicating poverty from a certain area. He cited his own experience as an example: while streets were built into the villages, electricity, houses and education were lagging. The village has now completely changed.

Dr. Xia emphasized the changes happening deep in the hearts of people. "You cannot change a person from outside. Changes must come from inside," he said, which also emphasizing education and training. 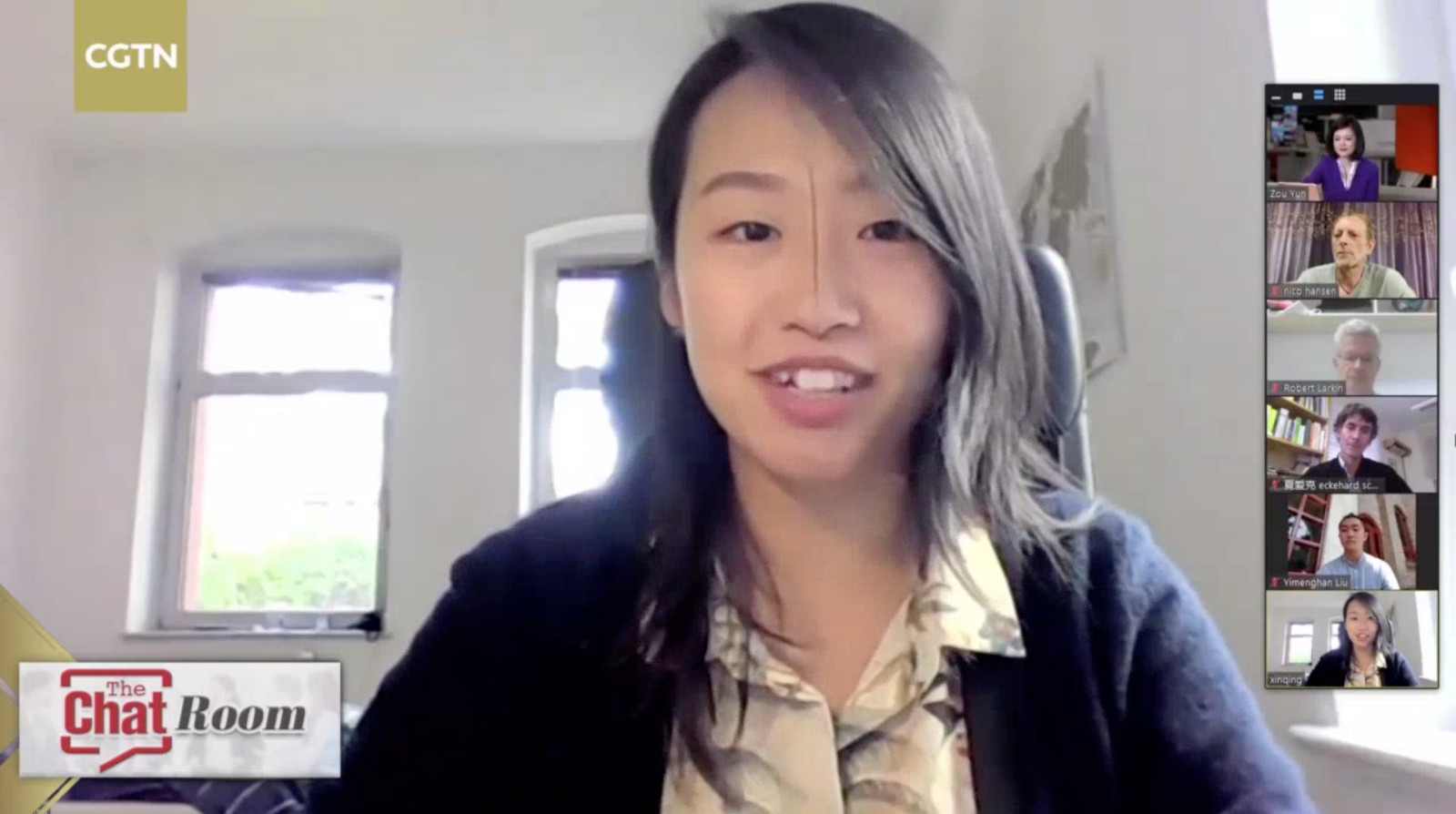 Lu Xinqing, former associate program officer of the Alliance for a Green Revolution in Africa, speaks in "The Chat Room." /CGTN

Lu Xinqing, former associate program officer of the Alliance for a Green Revolution in Africa, speaks in "The Chat Room." /CGTN

For Lu, who has been working with the Alliance for a Green Revolution in Africa (AGRA), cooperation is of great significance in today's world. She pointed out that there are two layers of cooperation of equal importance – between public and private sectors in a specific nation, and cooperation globally.

The guests talked about how their work has been impacted by the COVID-19 pandemic, which has affected their work to different degrees, with projects delayed or canceled.

However, speaking of their expectation about their work in the future, they all have a clear vision.

Dr. Xia said he hopes that he could help residents in the villages where he worked in Yunnan to improve their awareness of healthy living. He said that as the economic situation improves, many other problems, such as obesity, have also arrived in many areas of China. Forming a good habit in life is important, like eating healthy and doing exercise. 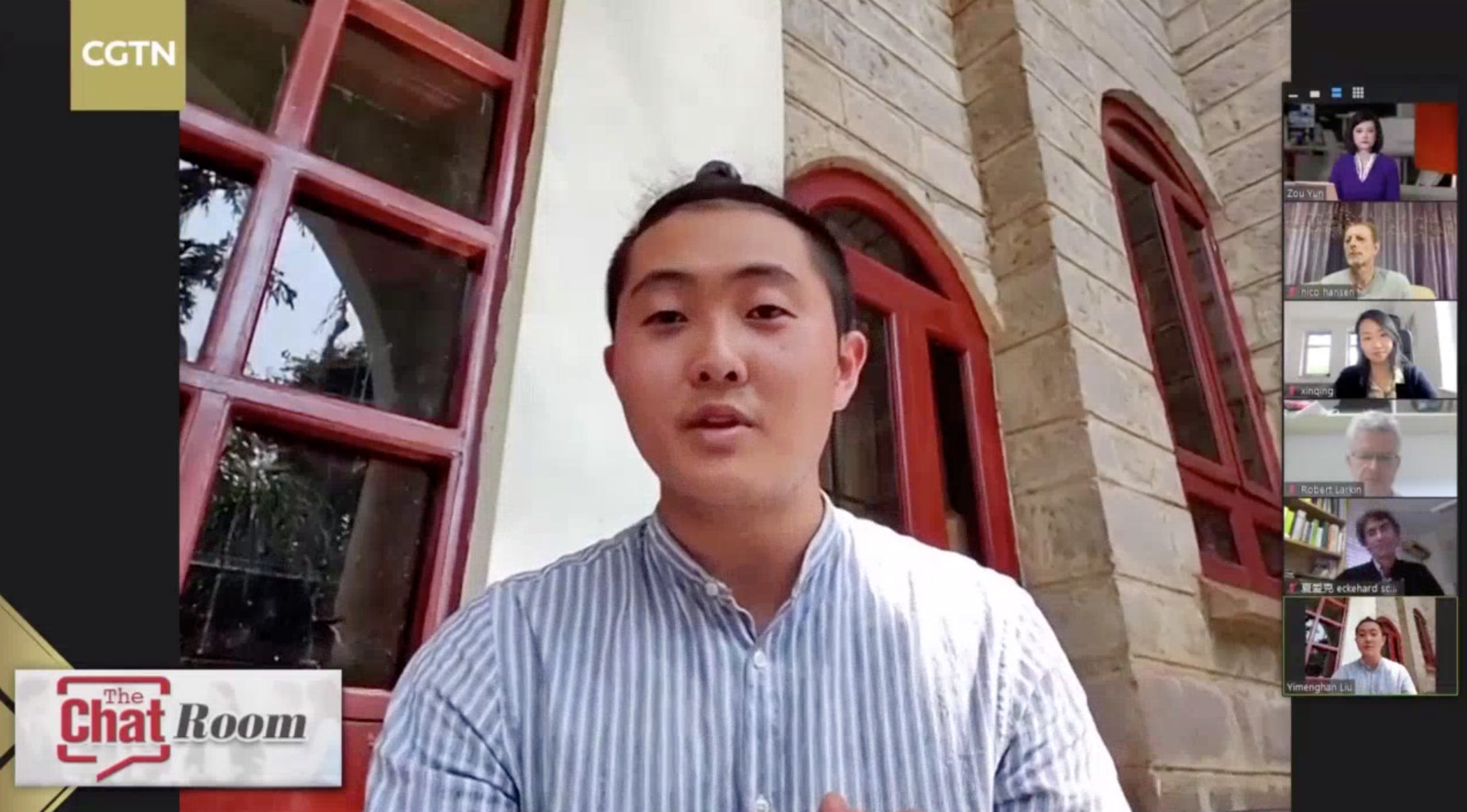 Though his routine travel in China was impacted by the pandemic, he is still looking forward to providing more medical training for the local people.

For Hansen, he is expecting to help the local government boost eco-tourism, aside from the fruit growing. He added that the location in the village is beautiful and attractive, and with eco-fruits and vegetables, he believes the area could appeal to urban residents as well. 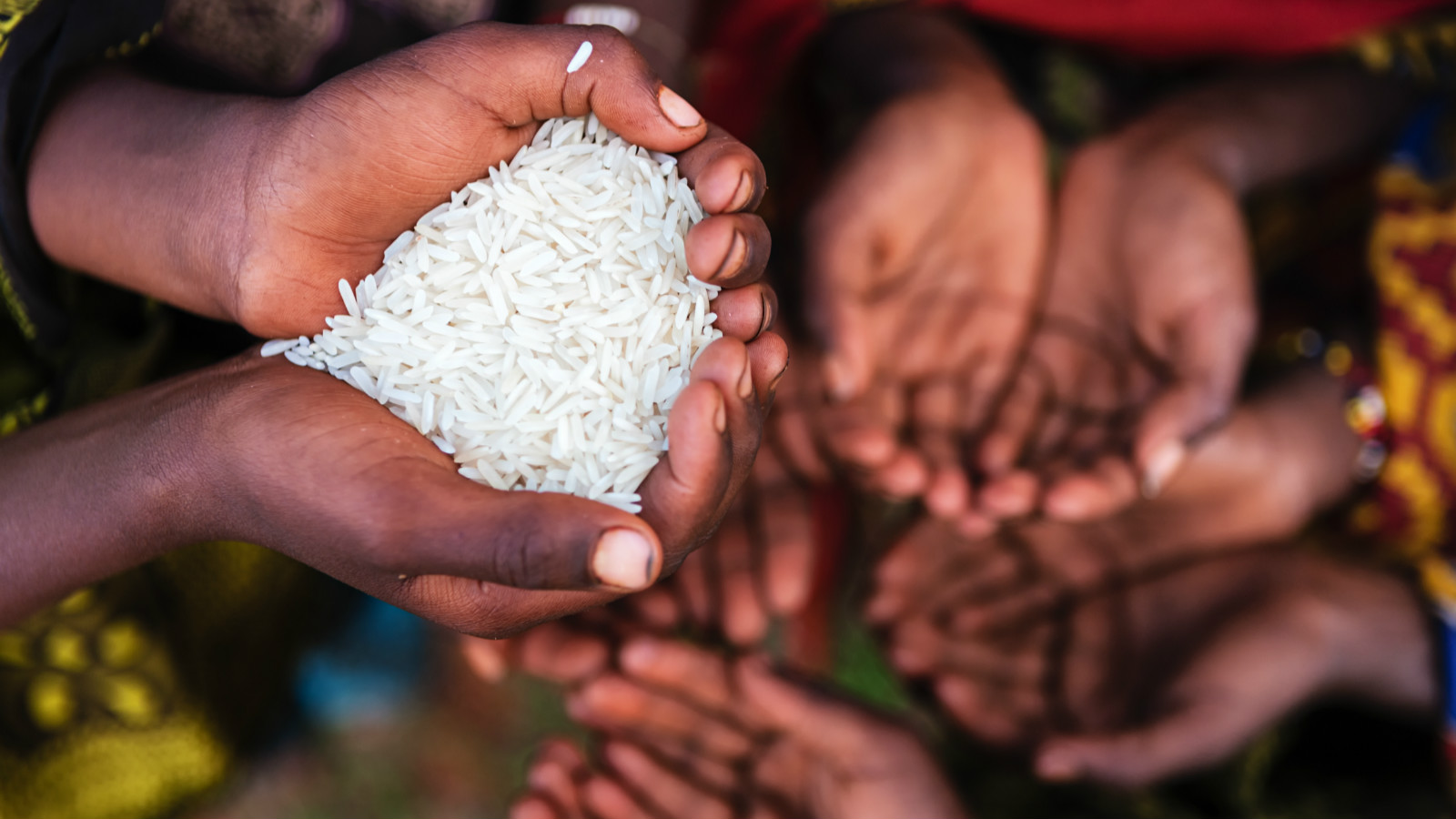 Liu's NGO has been providing breakfast and lunch for school children in six African countries. Now, the schools are closed due to the pandemic, and he has been going through the work in previous years, in the hope of expanding the NGO to an international level, which can do more.

After pursuing her master's degree, Lu Xinqing is planning to return to Africa and devote what she has learned regarding food security. Lu said she wants to devote herself to agriculture and climate change there.