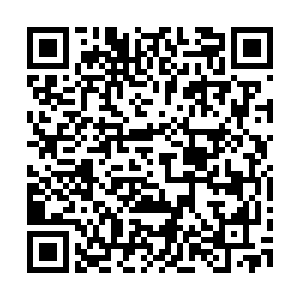 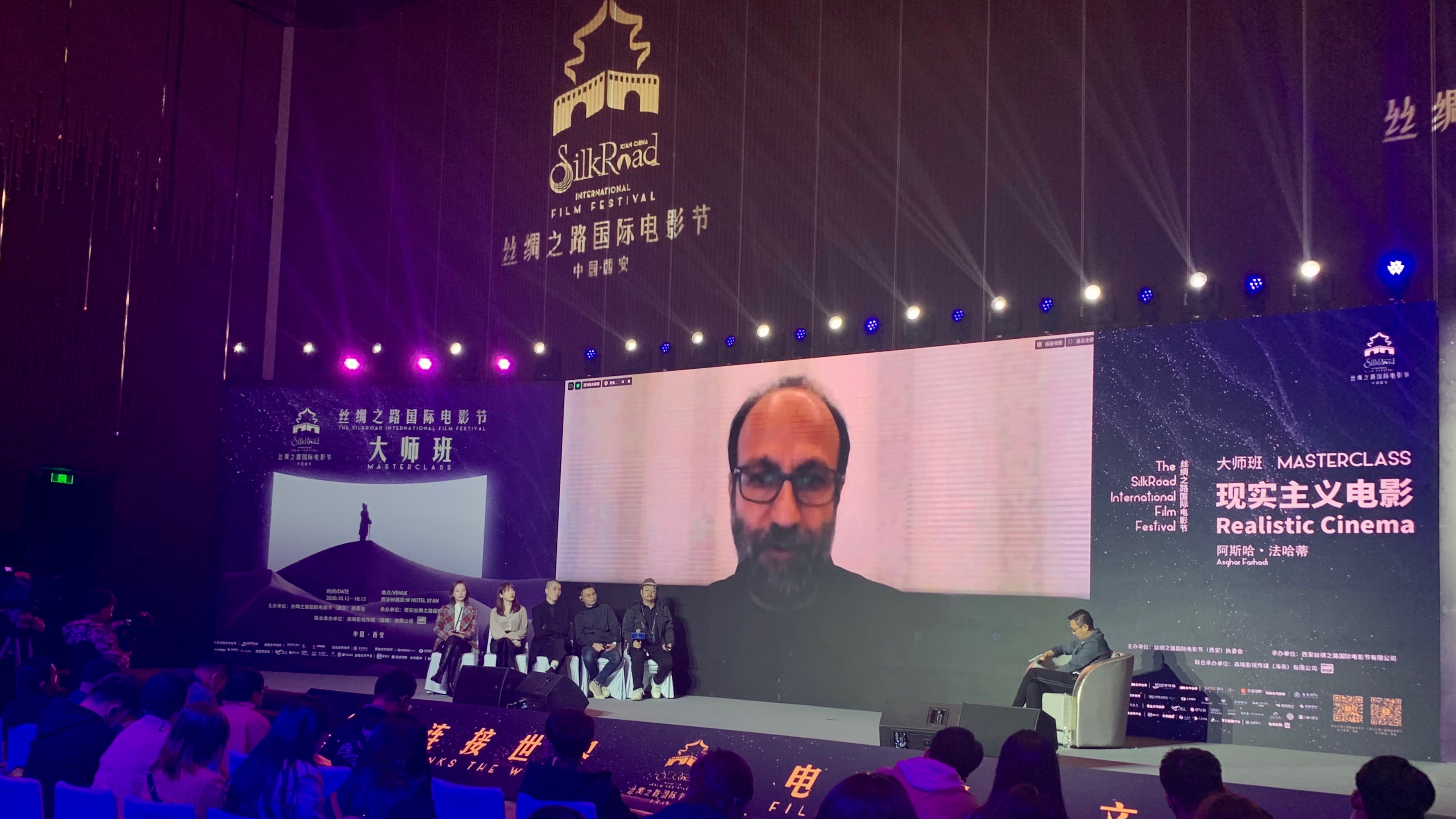 Two-time Oscar-winning Iranian director Asghar Farhadi shared his knowledge with young Chinese directors in an online masterclass during the 7th Silk Road International Film Festival (SRIFF), focusing on realistic cinema in his creative works. He also answered questions on creativity in filmmaking from the press.

What do you think of the impact of the pandemic on filmmakers?

I believe that some filmmakers will pay attention to public health topics in the future. The pandemic has an impact on all aspects of our lives, not just filmmaking. Before the outbreak of the pandemic, I felt that I and the people around me were very healthy, but now that we are so vulnerable with the pandemic, I hope that with the advancement of science and technology, we can better deal with the pandemic. 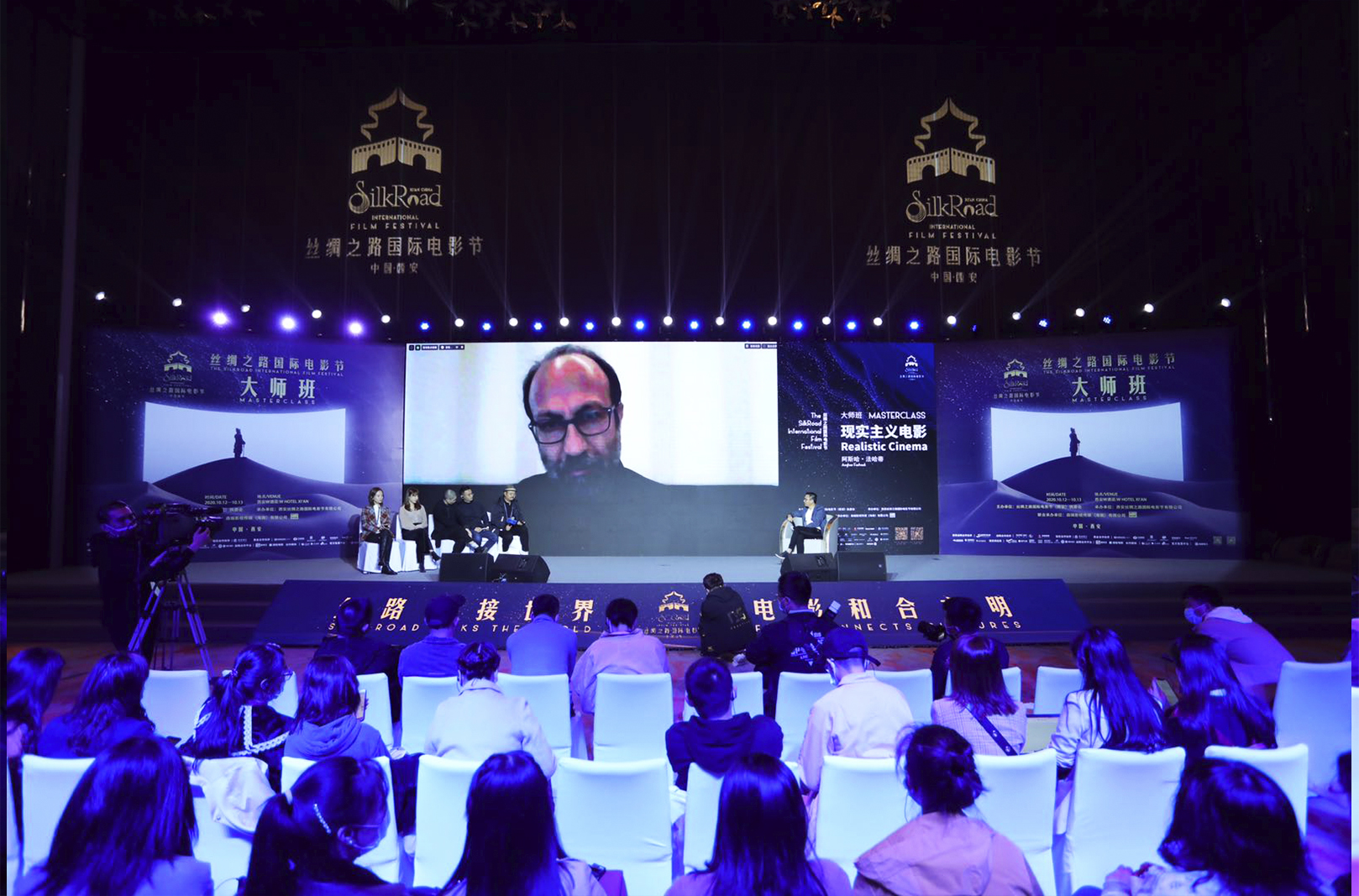 Asghar Farhadi communicating via Zoom with young Chinese directors in his masterclass during the 7th SRIFF. /CGTN

Asghar Farhadi communicating via Zoom with young Chinese directors in his masterclass during the 7th SRIFF. /CGTN

Most of your movies are related to daily life, does this have anything to do with your perspective on the world?

When I recall things in life, there may be some things that are repetitive, not so attractive to put in movies. Sometimes when a small crisis occurs, it will be meaningful to transform it into a movie theme.

For example, two people are having dinner in a restaurant and chatting. This is very daily and not interesting to put into a movie. But for example, these two people are a couple and are about to divorce. And this is the last dinner before the divorce. That would be something dramatic enough to put into a movie. It is different from an ordinary dinner, and can convey a meaning.

What is your general creative process?

I usually have an idea in my mind. It might be a picture or a fragment that appears in my mind. Many times I start with a very small idea. It might stay in my mind for a long time. Some ideas are constantly changing and maturing. If I think these ideas or fragments are suitable for film expression, I will enrich them and turn them into movies. For example, this idea is related to social concerns, can reflect some social problems, and psychologically caters to the needs of the audience, I will turn it into a movie. But some ideas may only have meaning from one angle, and I will not turn this idea into a movie. When creating a screenplay, I will first describe the outline of the story, and I will gradually enrich it during the creation. In the beginning, I would not imagine the end of the film, the screenplay creation would take a long time, I wouldn't start filming before the screenplay is matured. For example, I have an idea of a young man traveling to northern Iran, he might meet a lot of people, and many things might happen. At the beginning, I would not specifically imagine what things would happen, and who is he going to encounter. I would enrich these when writing the screenplay.

What is realistic cinema?

The word realistic itself has very rich meanings. Some movies are called realistic movies, which are just superficially realistic, not actually realistic. After I worked in the film industry for a while, my understanding of realistic cinema is to pay attention to people's daily lives. This is realistic cinema. I discussed this with directors in China before, for example, a friend of yours called you and said that he hadn’t seen you for a long time and wanted to have tea with you. You were very happy when you received the call and you guys chatted over tea happily, he said that he wanted to start a journey. This is daily life, there is no conflict or contradiction, this is not a movie story. But for example, let’s say this friend died suddenly in a car accident during the trip, elements for a movie came into being. We need to find usable fragments from our lives and make artistic creations.

You have experiences directing in French and Spanish. How do you master foreign language creation?

In my films, I try to show life in Iran as much as possible. Creating films in Persian, expressing the problems of our society is simpler. If I go to other countries, my habits are different, languages are different, and social environments are different. I have made two films abroad but I still feel that art films are closely integrated with society and culture. When I create films for my own country and for my own audience, the job is simpler. In other countries, there might be creative difficulties.

How do you deal with the difference between director and audience's perspective over a movie?

These two perspectives are difficult to separate. As film directors, we always think about the audiences. Actually, we are the first audiences of our own films. I don't judge in movies, I just convey. For example, in The Past, we have two protagonists, an Iranian and a French. I am an Iranian. In my creation, some of my emotions are closer to the Iranian role. I know how he would think. But for the French, it is not that close. But in the creation of the screenplay, I try not to favor anyone, and do not judge anyone's behavior. The audience should be the one to judge. I will not give audiences my judgment during the filming. 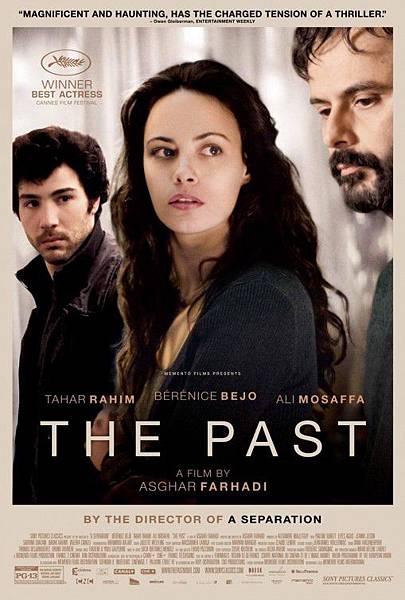 Poster of The Past movie./CGTN

Poster of The Past movie./CGTN

How do you balance the commercial success of a film and the pursuit of artistic expression?

Movies need to have commercial success on the one hand, and the pursuit of artistic expression on the other. Many artistic films are not liked by the audiences, unfortunately. In many cases, the audiences and the professional film critics are not the same group. Some of my own films are fortunately welcomed by the audiences. I think there are two reasons: one is drama and the other is reality. Both of these can make a film interesting and attractive.

Some artistic films have weak plot connections, and the director needs to connect the plots in a realistic narrative so that the audience can relate to their lives in order to attract them. Plots are like pearls in the ocean, we need to string them well to make it work. Arrange them randomly would make the audience feel that these things cannot happen in their daily life, so they won't like them. Expressing life and be full of drama, at the same time, can attract ordinary audiences. And only with dramatic plots that reflect social issues can we achieve artistic success. 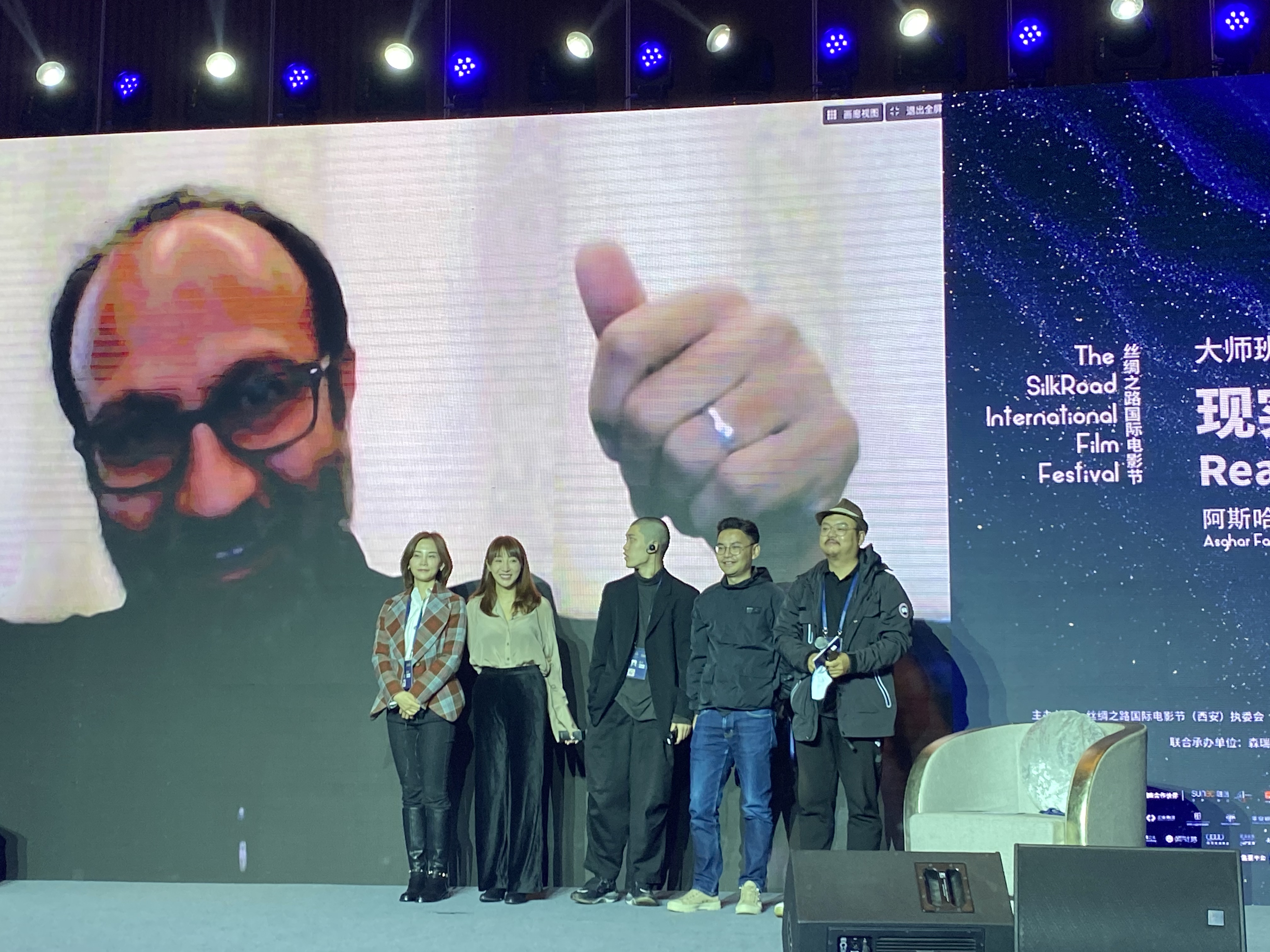 Asghar Farhadi taking a photo via Zoom with young Chinese directors after his masterclass during the 7th SRIFF. /CGTN

Asghar Farhadi taking a photo via Zoom with young Chinese directors after his masterclass during the 7th SRIFF. /CGTN

Asghar Farhadi was born in 1972 in Iran. He became interested in cinema when he was a teenager and started his education in filmmaking by joining the Youth Cinema Society of Esfahan in 1986, where he made 8mm and 16mm short films. He received his Bachelors in Theater from the School of Dramatic Arts at Tehran University in 1998 and his Masters in Stage Direction a few years later.

Farhadi made his directorial debut with "Dance In The Dust" in 2003, and a year later, he made "Beautiful City." His third film, "Fireworks Wednesday," won the Gold Hugo at the 2006 Chicago International Film Festival. His fourth film, "About Elly," made in 2009, won the Silver Bear for Best Director at 59 Berlin International Film Festival as well as Best Picture at Tribeca Film Festival. This movie was also Iran's official submission for the Best Foreign Language Film competition of Academy Awards in 2009.

His next film, "A Separation," became a sensation in 2011. It got critical acclaim inside and outside Iran. Roger Ebert called it "the best picture of the year," and it received both the Golden Bear and the Silver Bear for Best Actor and Best Actress at the Berlin International Film Festival. The film also won Best Foreign Language Film from The Boston Society of Film Critics, the Chicago and Los Angeles Film Critics Association, the New York Film Critics Circle, the National Board of Review, the Golden Globes, the Cesar Award, the Independent Spirit Award, and ultimately the Academy Award in the Best Foreign Language Film of the Year, making him the first Iranian filmmaker ever to win an Oscar.