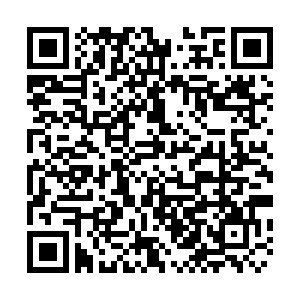 German Foreign Minister Heiko Maas has urged Turkey not to dispel the "climate of trust" needed to de-escalate tensions with Greece.

Maas made the remarks after arriving in Athens, Greece from Cyprus in the Eastern Mediterranean on Tuesday. The foreign minister had initially intended to visit Turkey's capital, Ankara, during his trip but canceled his plans before setting off.

"Ankara must end the interplay between detente and provocation if the government is interested in talks – as it has repeatedly affirmed," Maas said before leaving for Cyprus and Greece.

The research ship Oruc Reis' presence "goes against what we (EU countries) agreed on, namely to try all diplomatic means to calm the intensity of tensions in a climate of trust," Maas said after visiting Greek Prime Minister Kyriakos Mitsotakis.

"We've all been very surprised by what we've seen from the Turkish side in recent days," he said.

Turkey on Monday raised tensions with its neighbors after it said it would redeploy the exploration vessel, Oruc Reis, to the eastern Mediterranean region off the coast of Greek islands. News of Turkey's intent prompted Greece to issue a furious new demand for the EU sanctions on Ankara in the longstanding row over offshore hydrocarbon exploration rights.

Maas said he chose to visit Greece and Cyprus to show Germany and the EU's support and solidarity with the two member states, according to an unofficial translation of his remarks provided by the Greek PM's office. 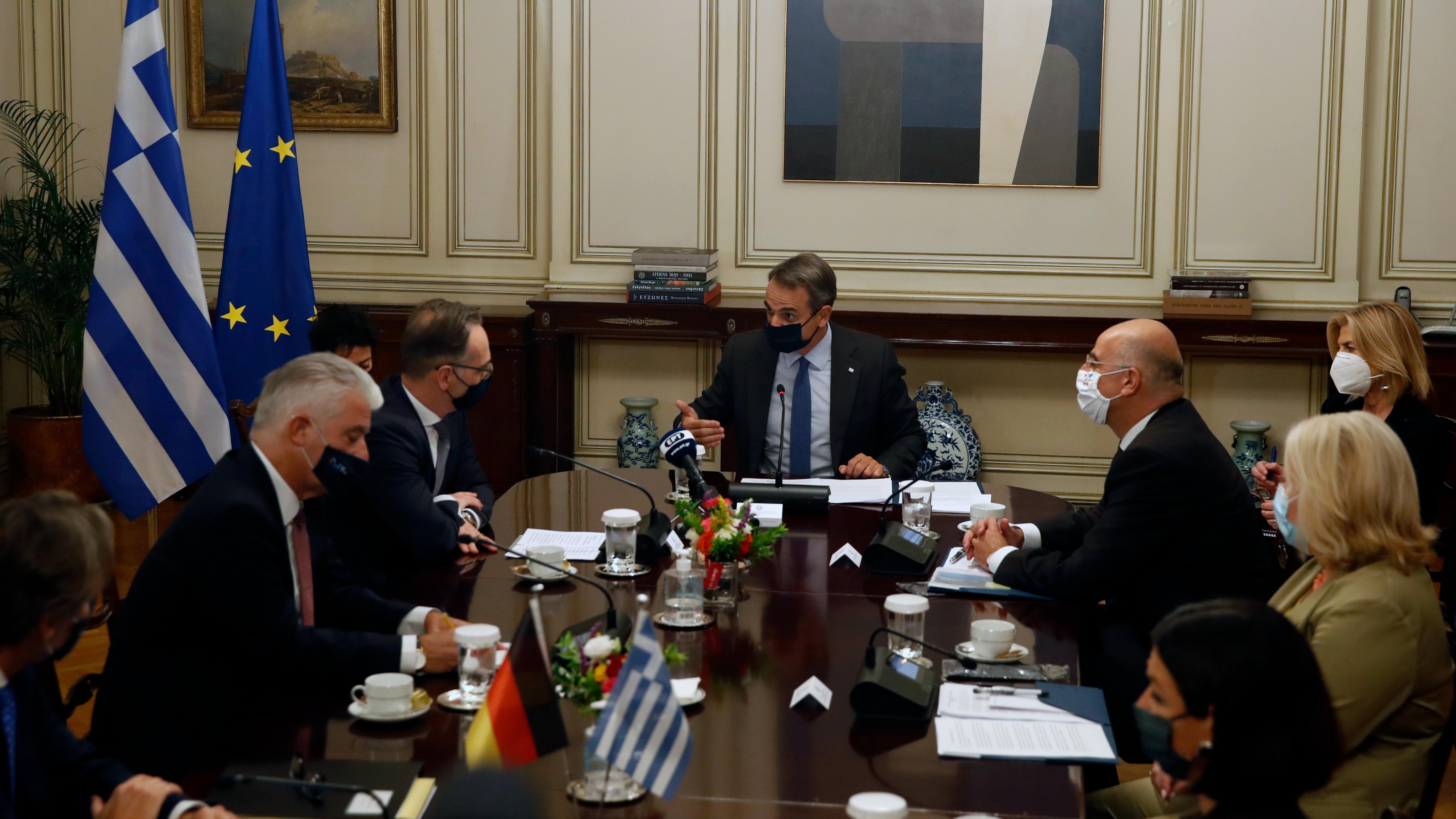 The exploration vessel triggered diplomatic tensions with Greece and Cyprus and rival naval maneuvers in August when it searched for oil and gas deposits in disputed waters in the region before Turkey pulled it back to shore last month.

"We had agreed with Turkey to restart exploratory talks," Greek Prime Minister Mitsotakis said. But Mitsotakis stressed that his country would not engage in talks with the Oruc Reis on the Greek continental shelf.

Maas arrived in Athens after talks with the Cypriot government a few hours earlier in the Cypriot capital Nicosia, where he said Turkey should make sure that "the window of dialogue that has just opened with Greece doesn't close because of unilateral measures." 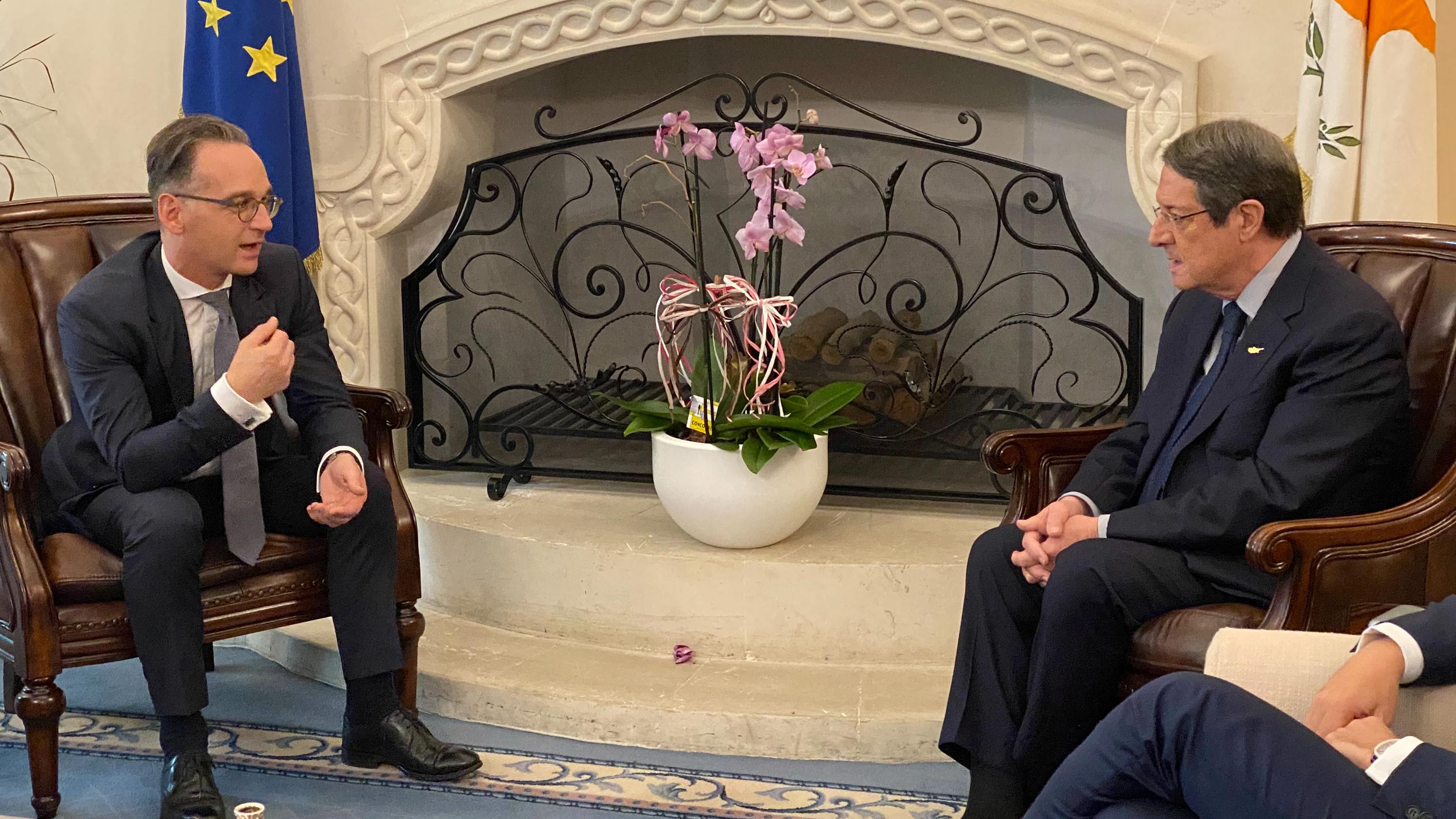 Athens and Nicosia are at odds with Ankara for years over maritime borders and the right to exploit energy resources. The dispute is expected on the agenda when EU leaders meet at a Brussels summit on Thursday and Friday.

"If Ankara continues its illegal actions, we will use all the instruments at our disposal" to respond, European Commission Chief Ursula von der Leyen has said.

Meanwhile, Greece's Prime Minister Mitsotakis has stressed that before Ankara's announcement to deploy the research vessel, the two sides had agreed, under German mediation, to restart exploratory contact from where they had stopped in 2016 to reach an agreement on the delimitation of maritime zones.

However, as long as the Turkish research vessel Oruc Reis is sailing in the East Med within the Greek exclusive economic zone (EEZ), there can be no dialogue, the Greek leader said.

In a strongly worded statement, the U.S. State Department said it "deplores" Turkey's decision and noted that Greece "asserts jurisdiction" over areas where the Turkish ship plans to operate through October 22.

"We urge Turkey to end this calculated provocation and immediately begin exploratory talks with Greece," said Morgan Ortagus, spokeswoman of the State Department. "Turkey's announcement unilaterally raises tensions in the region and deliberately complicates the resumption of crucial exploratory talks between our NATO allies Greece and Turkey."

"Coercion, threats, intimidation and military activity will not resolve tensions in the Eastern Mediterranean," she said.