CGTN Exclusive: A noble experiment wins a Nobel in a pandemic
Khushboo Razdan 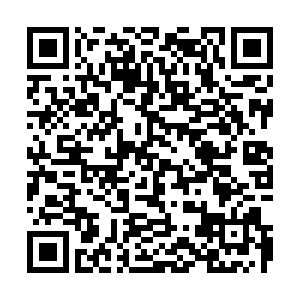 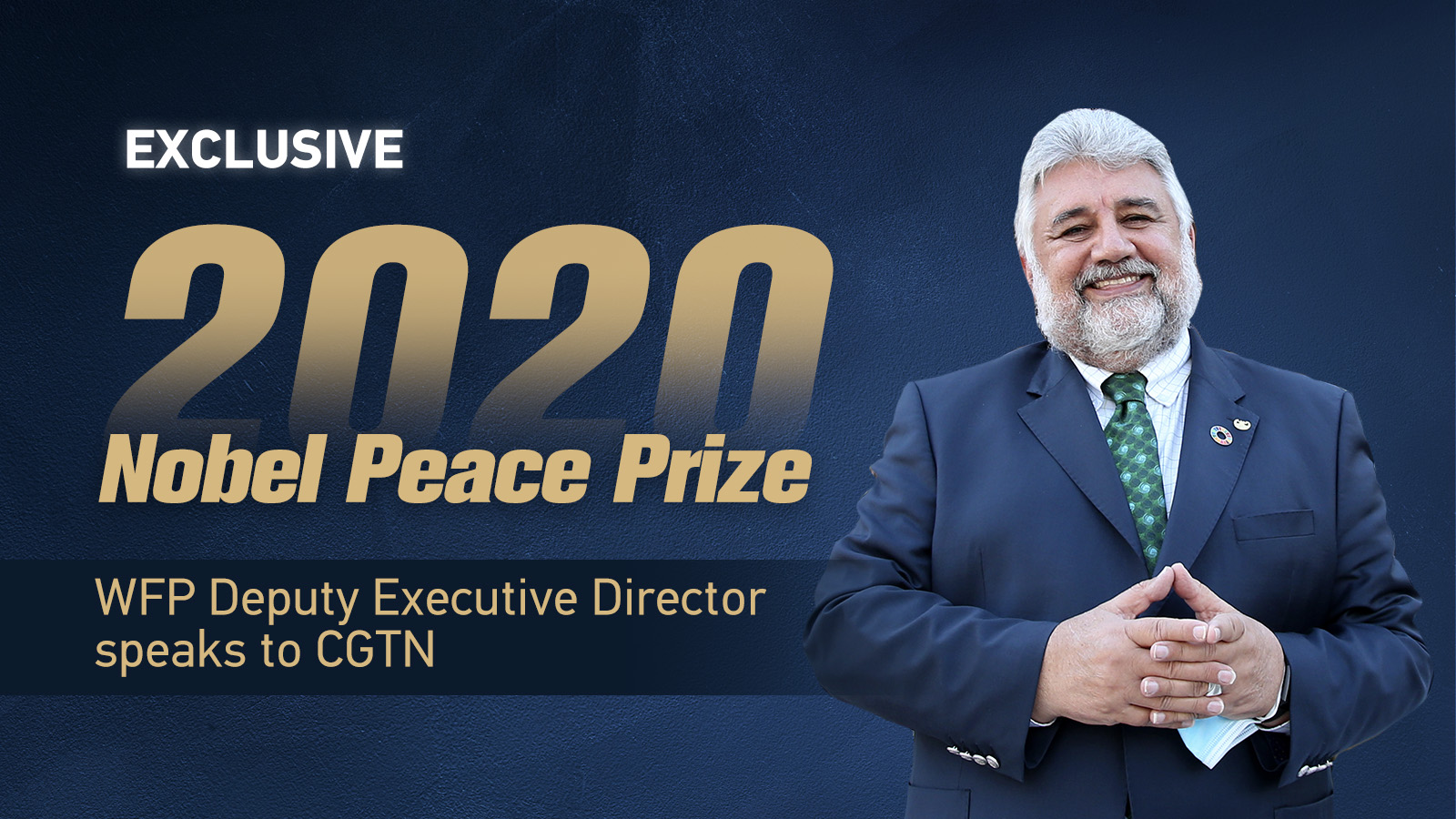 The World Food Programme (WFP) was born out of an experiment in 1961. But in a world ravaged by man-made and natural disasters, the UN food body soon became synonymous with survival for millions facing hunger and starvation. On October 9, the WFP's 17,000 employees were awarded the Nobel Peace Prize for fighting a relentless war against hunger in conflict zones in the midst of a deadly pandemic. Speaking exclusively to CGTN Digital, the WFP's deputy executive director Amir Mahmoud Abdulla described the recognition as a "great honor" and "quite humbling."

The Norwegian Nobel Committee lauded the WFP for its efforts in "preventing the use of hunger as a weapon of war and conflict."

Calling hunger "the world's biggest solvable problem," Abdulla said the award raises the organization's profile and draws the world's attention toward the link between hunger and conflict, and hunger and COVID-19.

"It's not just about being able to raise more resources – for us that's hugely important because we are a voluntarily funded organization – but what's important is that there's an attention of the world on this issue of hunger – hunger caused by conflict or people's lack of earning power. Both of those problems are solvable," he said, hoping that the acknowledgment will "move the world closer to a world of zero hunger."

According to a WFP projection, the number of hungry people could double from 135 million in 2019 to 265 million by the end of 2020. The Global Report on Food Crisis published in April puts the figure for people facing chronic food insecurity at an astonishing 821 million.

With fractured supply chains, restrictions on movement, and shrinking coffers of donor governments and financial institutions, the task of putting food in the plates of those who need it the most has become even more daunting.

"First of all, the impact on supply lines. When you had certain restrictions being put in place. Second, the ability of people to move. Our field and humanitarian workers are moving all over the world, and we are moving them around. So that created an issue. And those who we serve suddenly found themselves more stressed than usual because of the economic impact. Also, many casual workers found themselves out of work. We found that the numbers of people who needed assistance were increasing. All of these issues compounded as the WFP is a totally 100-percent voluntarily funded organization," Abdulla said.

The WFP, one of world's largest humanitarian organizations tackling hunger and food insecurity, needs to raise $6.8 billion to avert the impacts of the coronavirus crisis. So far, the Nobel laureate body has only managed to bag $1.6 billion. 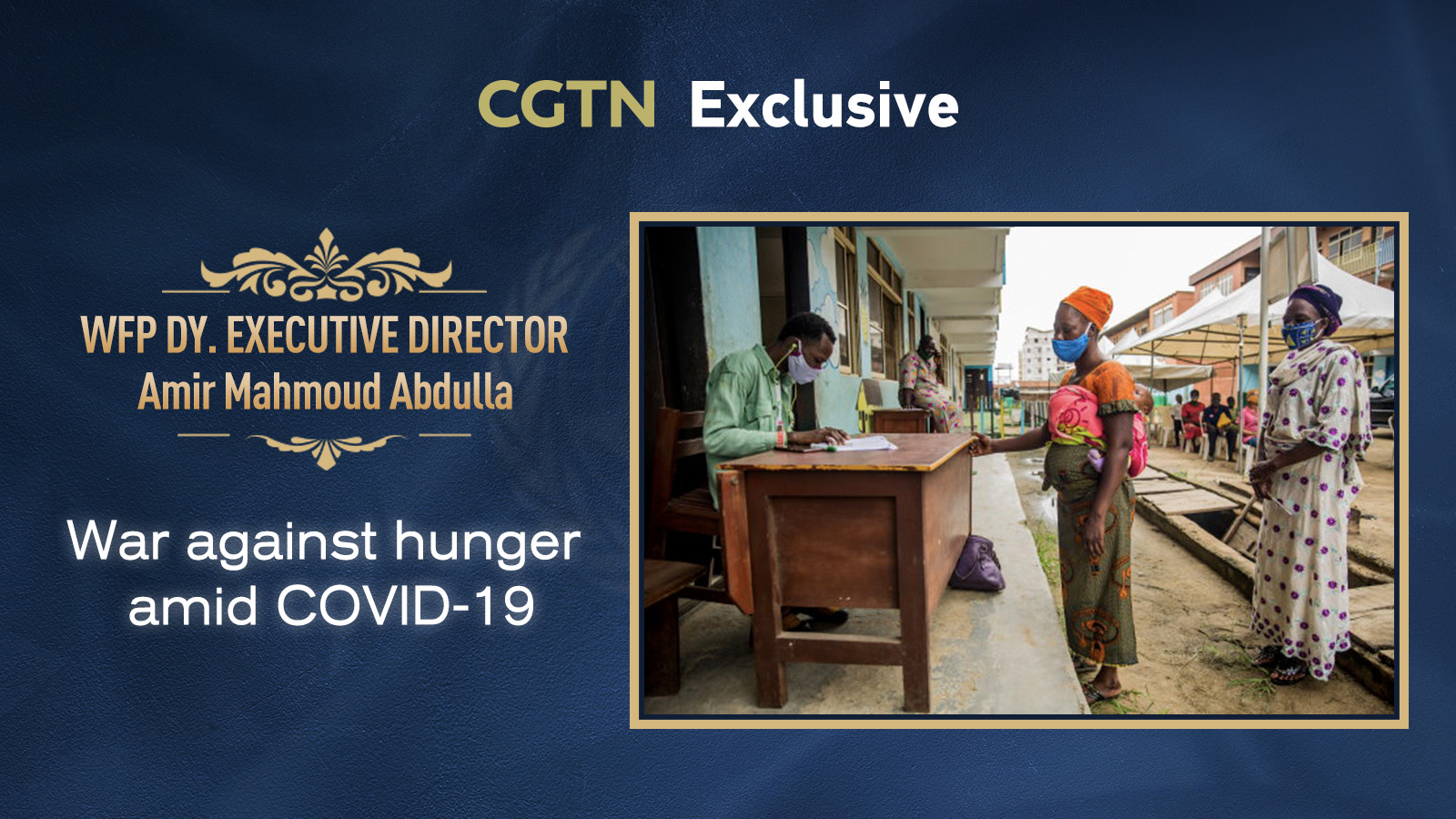 Emphasizing that food security, peace and stability go hand in hand, Abdulla pointed out that 10 out of 13 food crises today are caused by conflict.

"Longer-term developmental solutions are required. Solutions that would include helping smallholder farmers with their own agriculture, if there are people have lost their livelihood, then putting income generation or sort of livelihood schemes. So, it's a multi-faceted approach that requires more than just the World Food Programme. That's the one thing about the work we do, we need to that in partnership with many," he said. 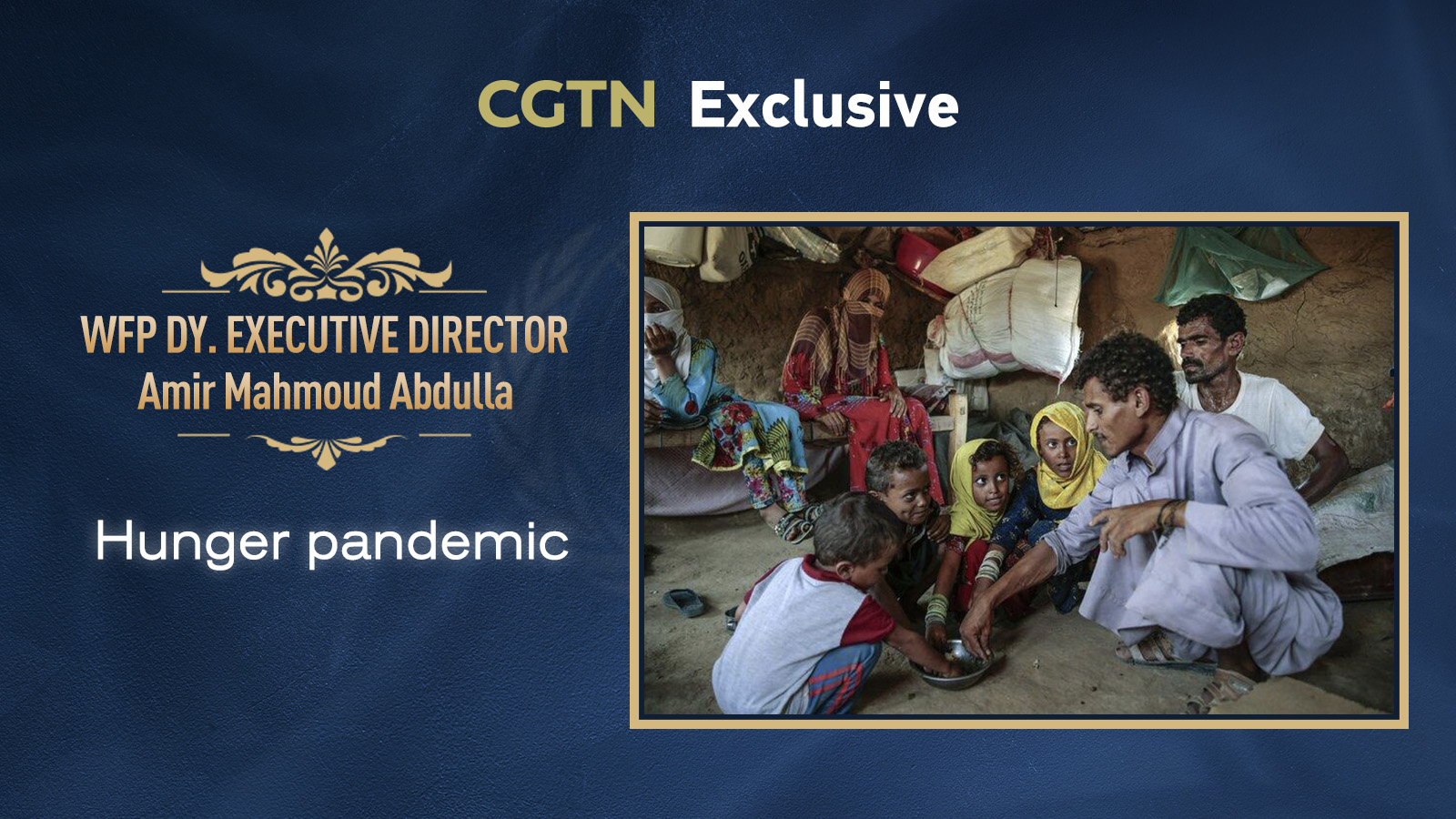 Talking about the food crisis in Yemen, Abdulla urged warring parties to allow unhindered access for humanitarian workers to get to the places they need to.

"We have seen in certain parts of Yemen our inability to supply because we are unable to get the conditions that we need to be able to monitor and be absolutely sure that the right people were getting the food, or we just had no access at all. Neither our goods nor our people have been able get through. So, the only solution is constant dialogue. We never give up and we always continue to negotiate," he said. 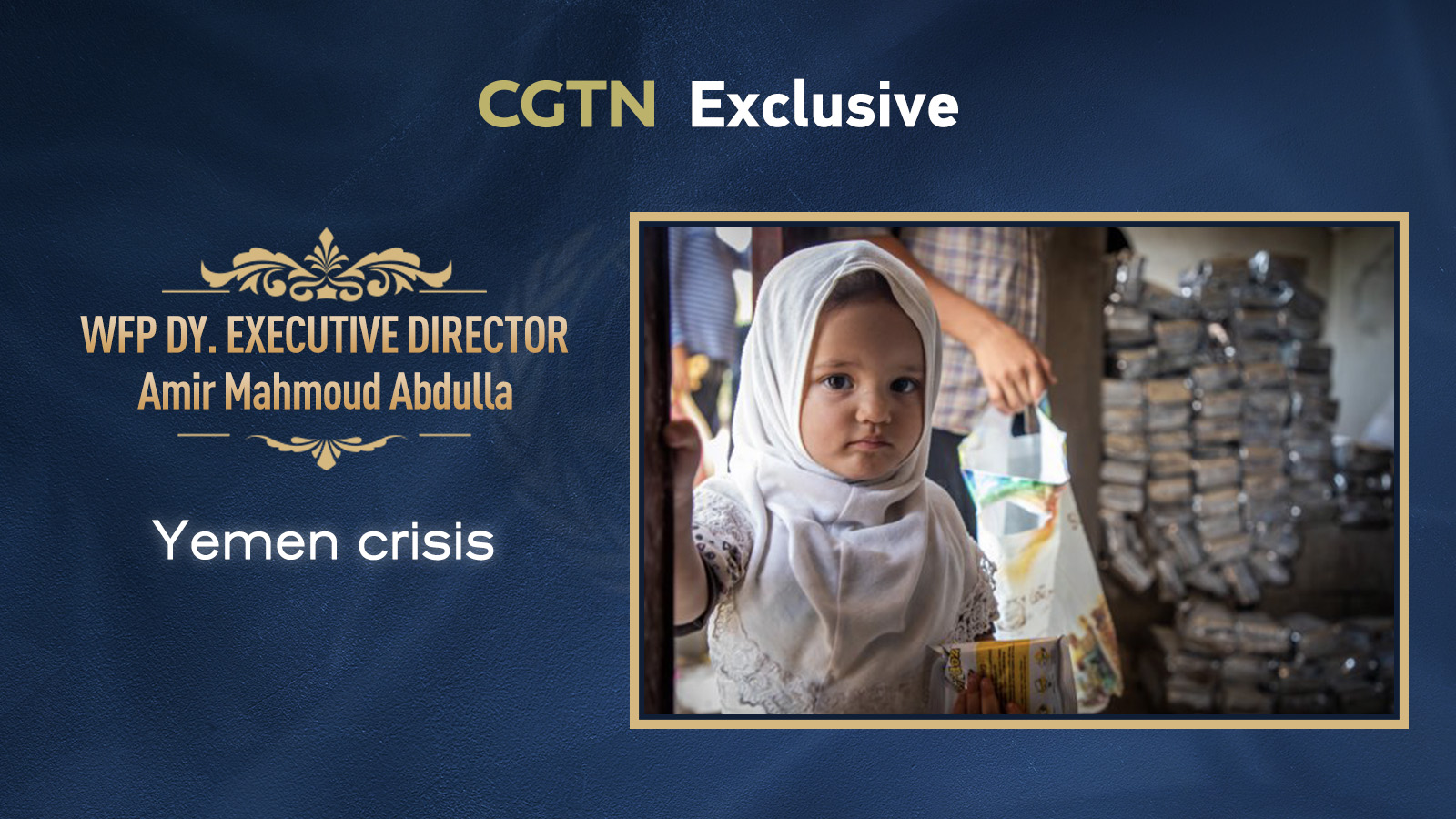 October 16 marks World Food Day, which is dedicated to addressing the problem of global hunger and malnutrition. According to the WFP, hunger isn't always a lack of food.

"Climate change is something that we need to get to grips with for sure. There's also the aspect of food waste and food lost. What's really important to recognize is that there's food waste is often in developed countries and there's food loss is many countries where we serve. And that loss is when it's lost in fields before harvesting or lost in storage before harvesting," said Abdulla, adding "if we could manage the waste in developed countries and avoid the loss in developing countries, that combined food almost on its own would solve hunger." 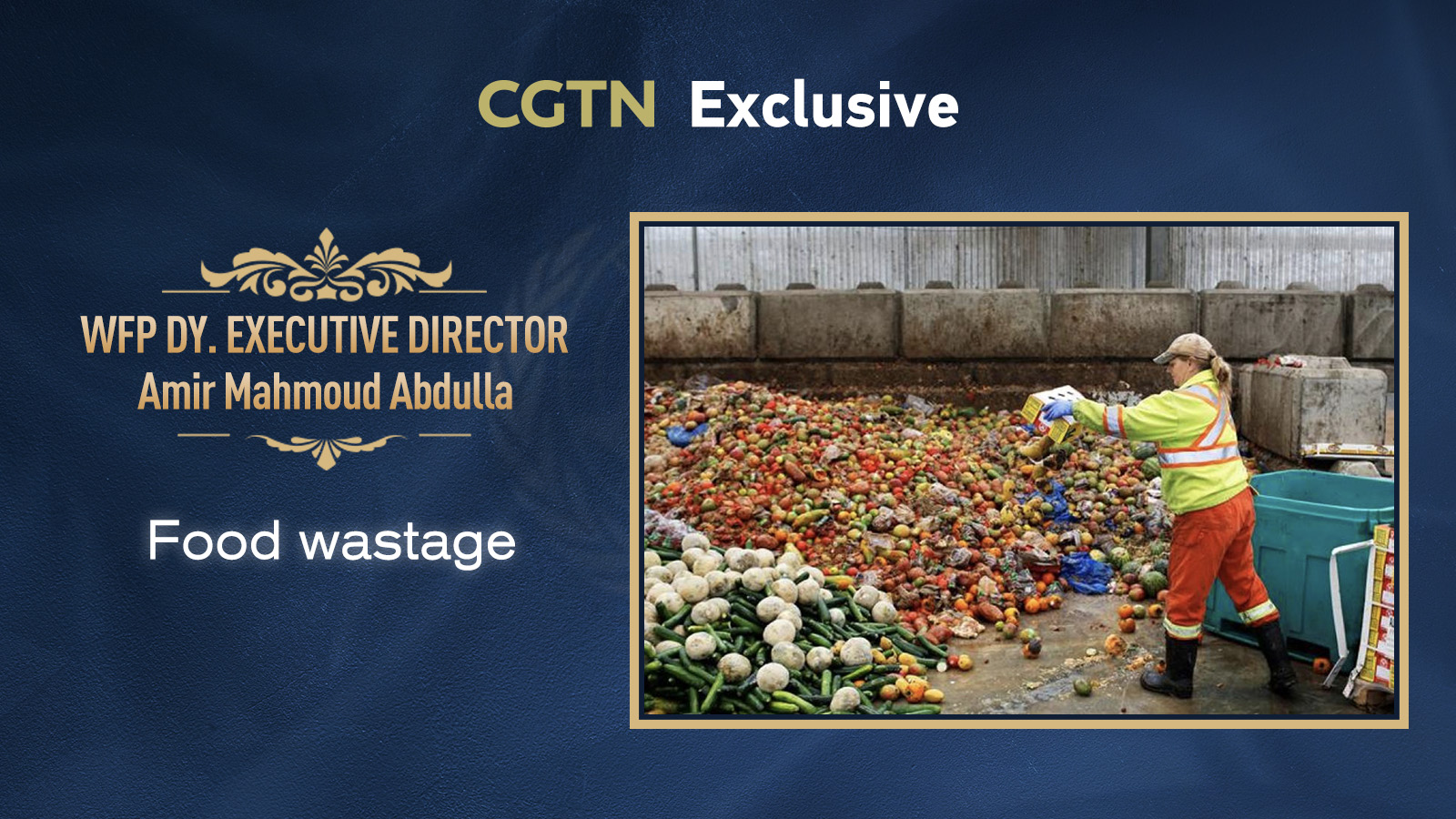 This year 107 organizations and 215 individuals were nominated for the Nobel Peace Prize, including the World Health Organization and 17-year-old celebrity climate activist Greta Thunberg.

But a "workable scheme" that began 59 years ago grabbed the Nobel glory.

"We have never lost sight of what we would really like to do and that is to go back to being an experiment that could actually say: 'The experiment is over, world hunger is solved. We don't need WFP.' If we get to that, then we can say it was a successful experiment. Now it remains a project in course, and as long as we are needed our staff will be out doing what they are needed to do," Abdulla concluded. 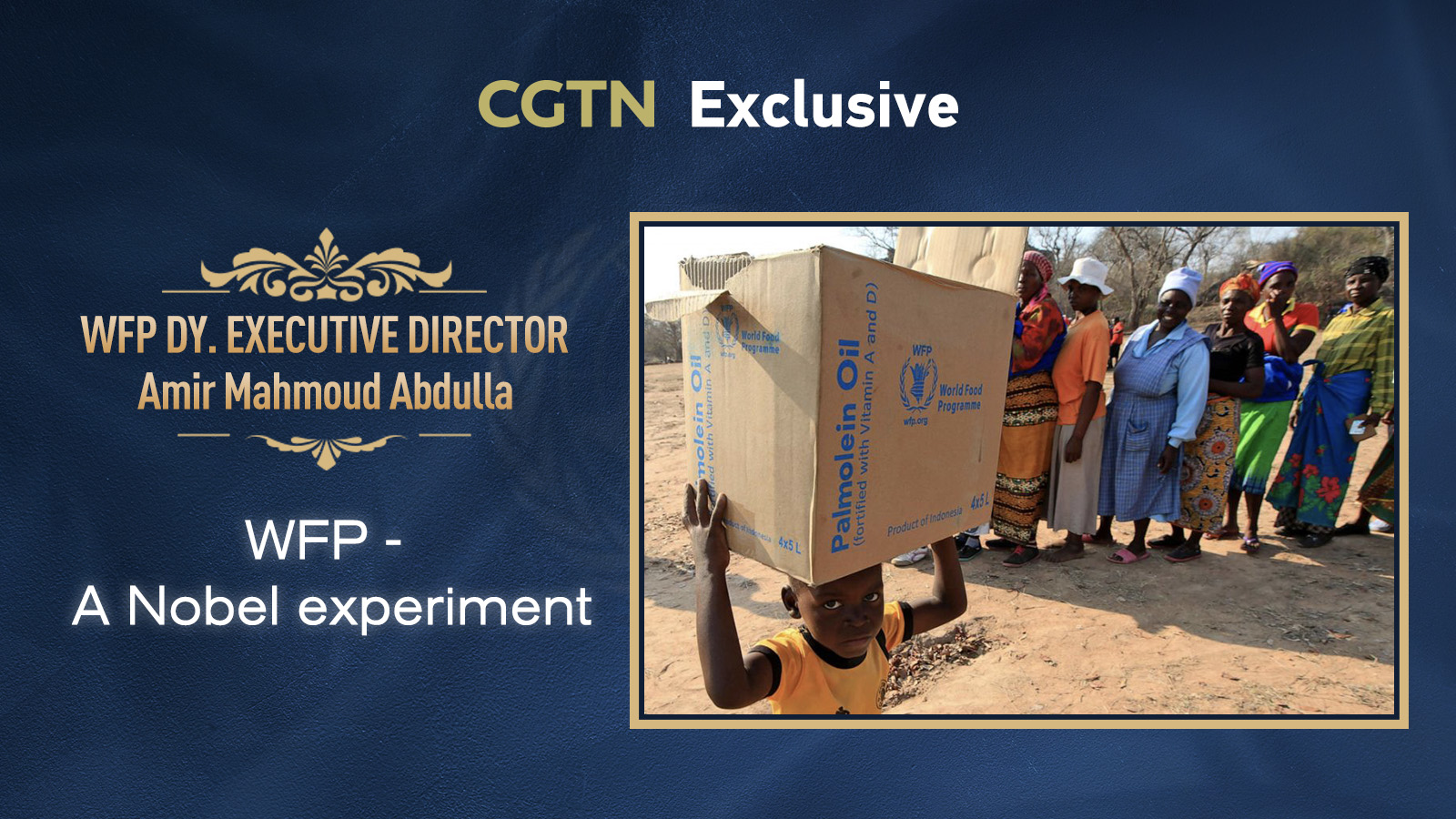