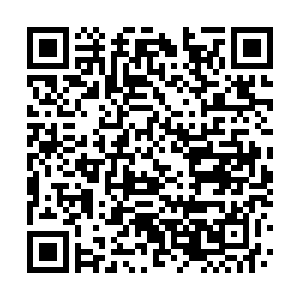 China firmly opposed and strongly condemned the so-called Hong Kong Autonomy Law concocted by the United States and its decision to sanction people, and has lodged solemn representations with the U.S. for imposing sanctions on Chinese personnel, said Foreign Ministry Spokesperson Zhao Lijian on Thursday.

China will take countermeasures to safeguard national sovereignty and security interests and safeguard the legitimate rights and interests of Chinese companies and relevant personnel if the United States insists on going down the wrong path, Zhao stressed.

The U.S. State Department on Wednesday warned international financial institutions that if they were found doing business with relevant individuals in the Hong Kong Special Administrative Region (HKSAR), including Chief Executive Carrie Lam, they could soon face tough sanctions.

China urged the United States to correct its mistake and stop interfering in China's internal affairs in any way.

The HKSAR government in a statement released on Thursday strongly opposed and condemned the report issued by the United States under the so-called Hong Kong Autonomy Act, calling it groundless and irresponsible.

Since the implementation of the Hong Kong National Security Law, Hong Kong society has regained stability, national security has been guaranteed in the city and residents can again enjoy basic rights and freedoms in accordance with the law, said the statement.

The "sanctions" by the United States have no legal effect on financial institutions in Hong Kong, and the chief executive and other officials targeted by the U.S. have made it clear that they will continue to carry out their duty of safeguarding national security in Hong Kong in accordance with the law, the statement added.

The Office of the Commissioner of the Chinese foreign ministry in the HKSAR Thursday also expressed firm opposition to and solemnly refuted to the so-called report.

A spokesperson of the office said the U.S. ignored the fact that Hong Kong is becoming more stable and better, and the mainstream public opinion is that Hong Kong society is regrouping and starting again, and the principle of international law of non-interference in internal affairs of other countries should be respected.

However, the wrong words and deeds of the U.S. cannot stop the steady and enduring growth of "One Country, Two Systems" and the prospect of Hong Kong's integration into the development of the country.

The spokesperson stressed that Hong Kong is China's Hong Kong and Hong Kong affairs are purely China's internal affairs. The U.S. should correct its mistakes and immediately stop interfering in Hong Kong affairs and China's internal affairs in any way. China will continue to take resolute and effective measures to safeguard the interests of national sovereignty and security and safeguard the lawful rights and interests of Chinese enterprises and related personnel.