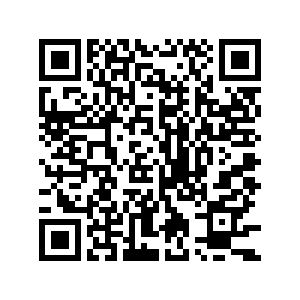 China's health authorities said on Thursday that it had received reports of 11 new COVID-19 cases on the Chinese mainland Wednesday – 10 from overseas and one locally transmitted.

The locally transmitted case was reported in east China's Shandong Province, the National Health Commission said in its daily report, adding that the case was an asymptomatic patient first tested on September 24.

No deaths related to the disease were reported Wednesday. Twelve COVID-19 patients were newly discharged from hospitals after recovering, the commission said.

The COVID-19 tally on the Chinese mainland stands at 85,622 with 4,634 fatalities, while 385 asymptomatic patients remain under medical observation.

The total confirmed infections in the Hong Kong and Macao special administrative regions and the Taiwan region are as follows: 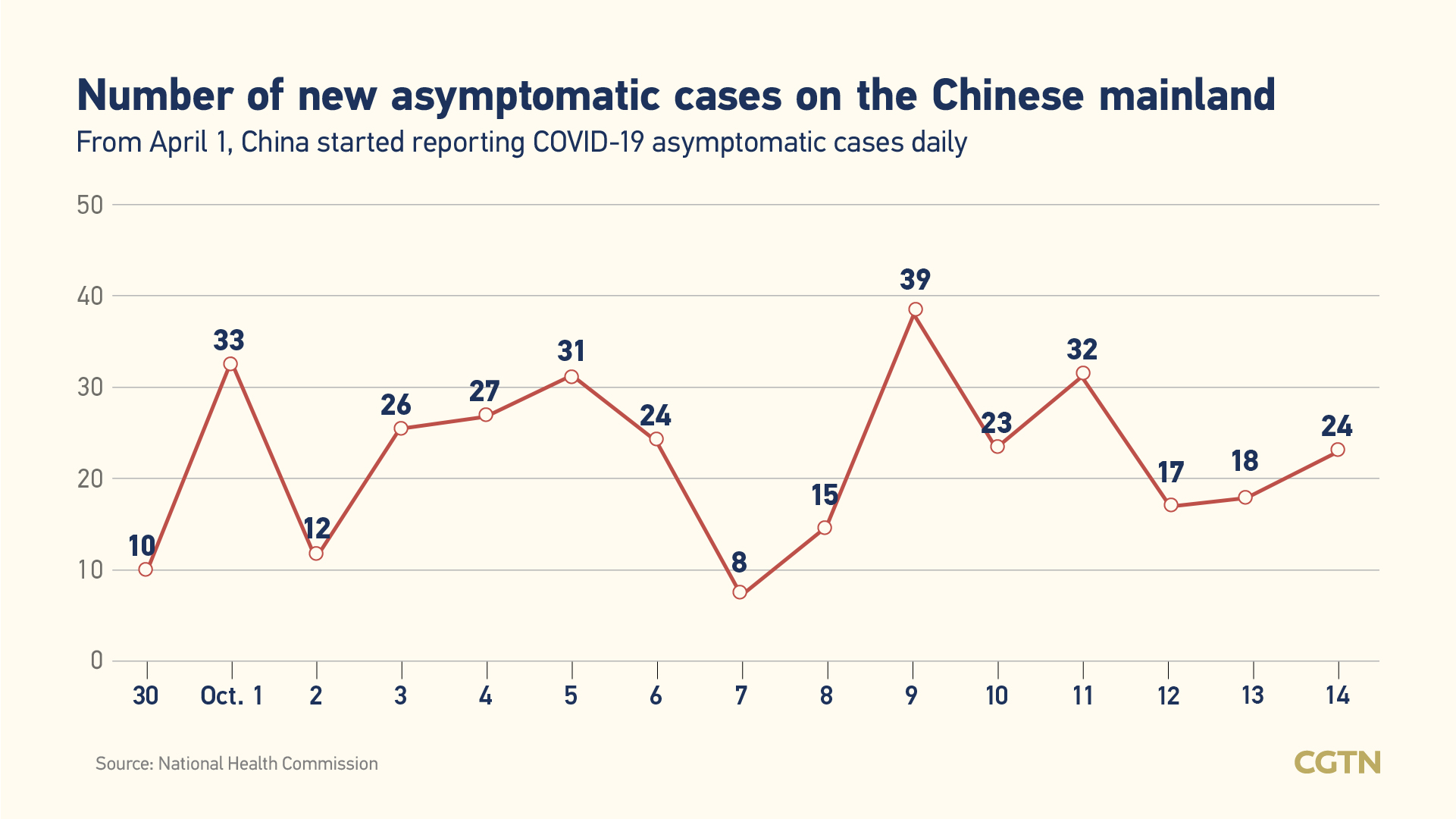 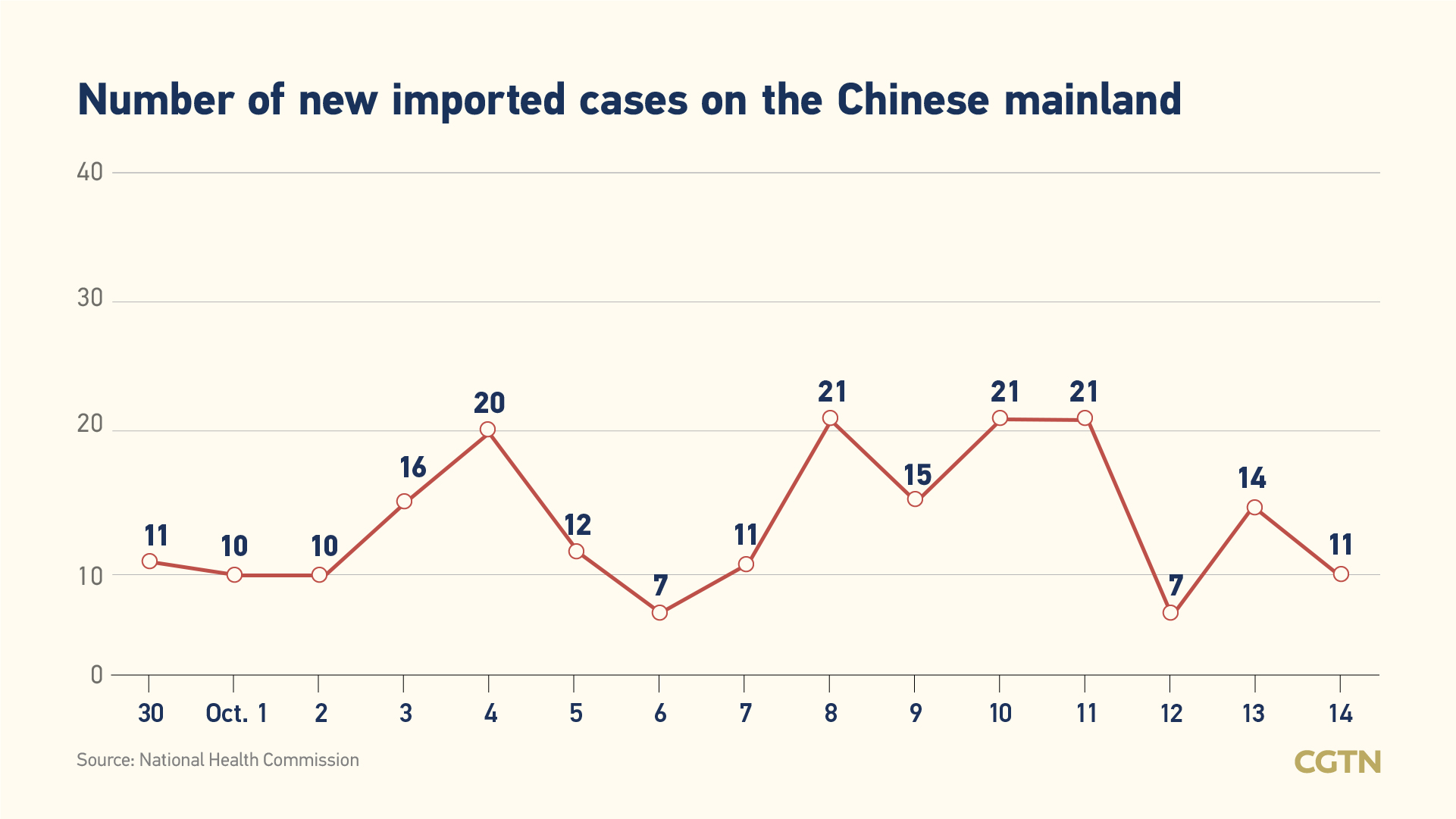