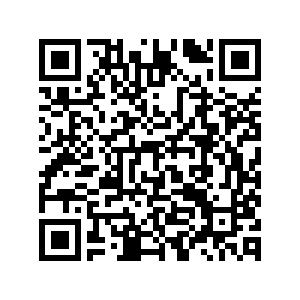 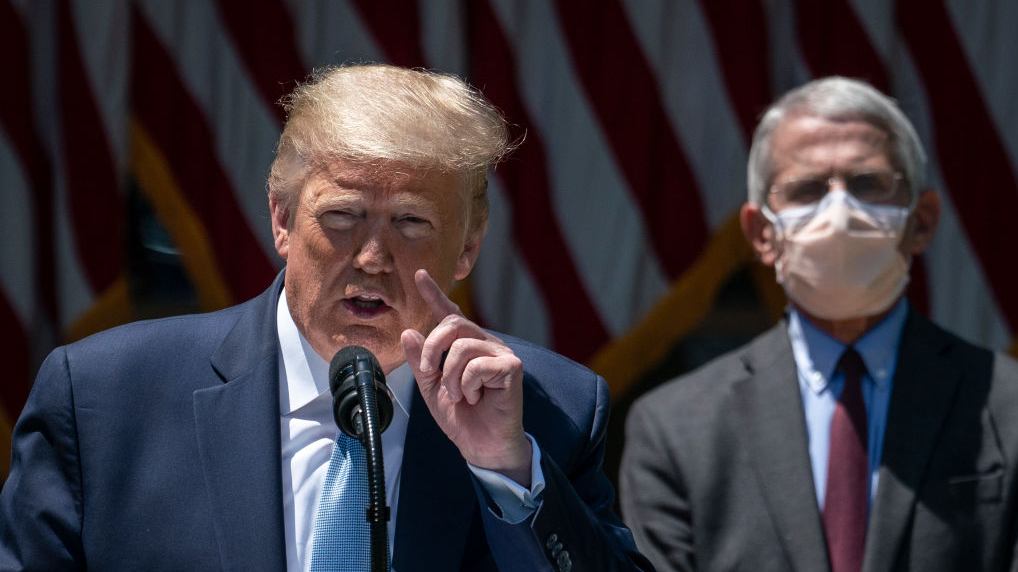 Dr. Anthony Fauci (R), director of the National Institute of Allergy and Infectious Diseases, looks on as U.S. President Donald Trump delivers remarks about coronavirus vaccine development in the Rose Garden of the White House, May 15, 2020. /Getty Images

Dr. Anthony Fauci (R), director of the National Institute of Allergy and Infectious Diseases, looks on as U.S. President Donald Trump delivers remarks about coronavirus vaccine development in the Rose Garden of the White House, May 15, 2020. /Getty Images

What do U.S. President Donald Trump and the country's director of the National Institute of Allergy and Infectious Diseases (NIAID), Dr. Anthony Stephen Fauci, have in common? Well, not much, apart from the fact that they both serve the American people in different capacities, and they are also currently septuagenarians.

Therefore, it unbelievable and painful to watch a campaign advertisement purporting that Fauci had given a thumbs up to Trump's handling of the coronavirus pandemic. The clip, released on October 10, shows at one point Fauci saying that "I can't imagine … that anybody could be doing more."

On Sunday, Fauci responded tersely, saying that the Trump ad had taken his comments "out of context." He actually made the comments during an interview with Fox News in March in response to the federal government's efforts – nothing to do with Trump at a personal level.

Worse, he lamented, the campaign did not consult him for permission to quote him. On Monday, seeing that Trump was still bent on misusing his name for his misinformation campaign, he pleaded with the president's campaign to pull it down. "And I have never – either directly or indirectly – endorsed a political candidate. And to take a completely out of context statement and put it in which is obviously a political campaign ad, I thought was really very disappointing."

It is not rocket science to figure out who between the two top U.S. personalities is on the right side of history. For Trump, the writing is on the wall, if nothing drastic changes during this election period. The public's angst about his presidency has reached a crescendo. According to opinion polls, the two are on both extremes of the spectrum. 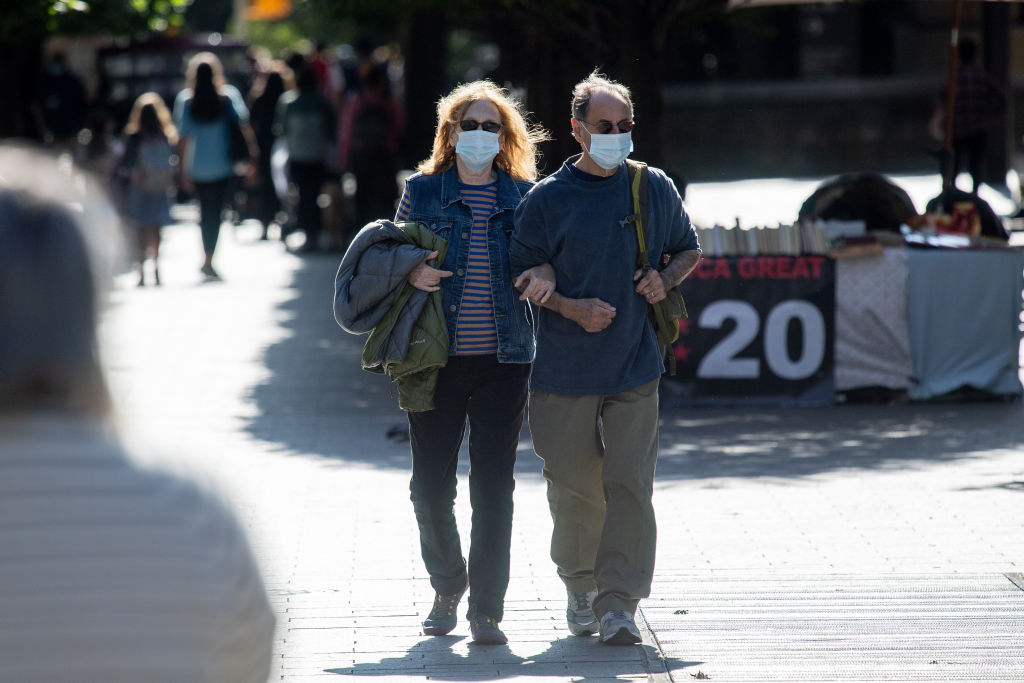 People wearing masks walk by the Metropolitan Museum of Art or "The Met," which is operating at a limited capacity during the coronavirus pandemic, New York City, U.S., October 14, 2020. /Getty Images

People wearing masks walk by the Metropolitan Museum of Art or "The Met," which is operating at a limited capacity during the coronavirus pandemic, New York City, U.S., October 14, 2020. /Getty Images

An Insider poll conducted in April found that 64 percent of Americans trusted Fauci, as compared to 19 percent of those who trusted Trump to effectively handle the pandemic.

The contrast between Trump and Fauci is stark. While Trump is a political neophyte who few really understand how he got elected, Fauci is a dyed-in-the-wool public servant whose career working in the U.S. healthcare system spans 50 years. He has served as NIAID's director since 1984 and has been an advisor to every U.S. president since Ronald Reagan.

Trump is a capitalist whose wealth and debt seem to overlap. Revelations by the New York Times in September show that he paid a paltry $750 in income taxes in both 2016 and 2017, while paying nothing in 10 of the previous 15 years, "largely because he reported losing much more money than he made." Fauci earns an honest living with a salary, whose income tax is remitted every month anyway.

While Trump is the quintessential egotist who must get his way, the unassuming Fauci is a scientist and a gentleman. Indeed, there is a reason why at 79 years old he is still effectively working as a public servant. It means that he is exceptionally lucid in his operations, which has made him an invaluable asset to the U.S.

On the contrary, Trump has dismissed the devastating effects of COVID-19, both at personal and national levels. He has sought to lay blame elsewhere, with China being his favorite scapegoat for everything COVID-19. The know-it-all Trump has doggedly refused to heed Fauci's scientific approach in handling the pandemic, preferring to deal in polemics.

Trump has been unable to fire Fauci the way he has done some top officials in his administration who have refused to play ball. Technically, under federal law, the president cannot sack him. He can only use a political process, which he may find is too much work for his liking.

Even at the face of such a grave affront, Fauci has managed to keep his cool, calm and collected demeanor. He has successfully avoided getting in Trump's crosshairs in the latter's four-year tumultuous administration. "It's so clear that I'm not a political person," Fauci told CNN's Jake Tapper on "The Lead" Monday.

Trump may have been giving Fauci a backhand compliment for not supporting his political shenanigans on the pandemic. Since he was either unable or unwilling to fire him, he might have decided to misuse the trust bestowed on him by the American public as a cynical payback. Really unfair.