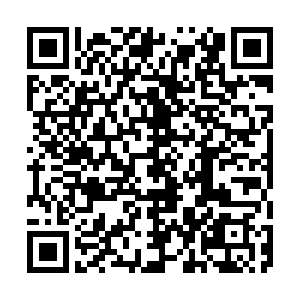 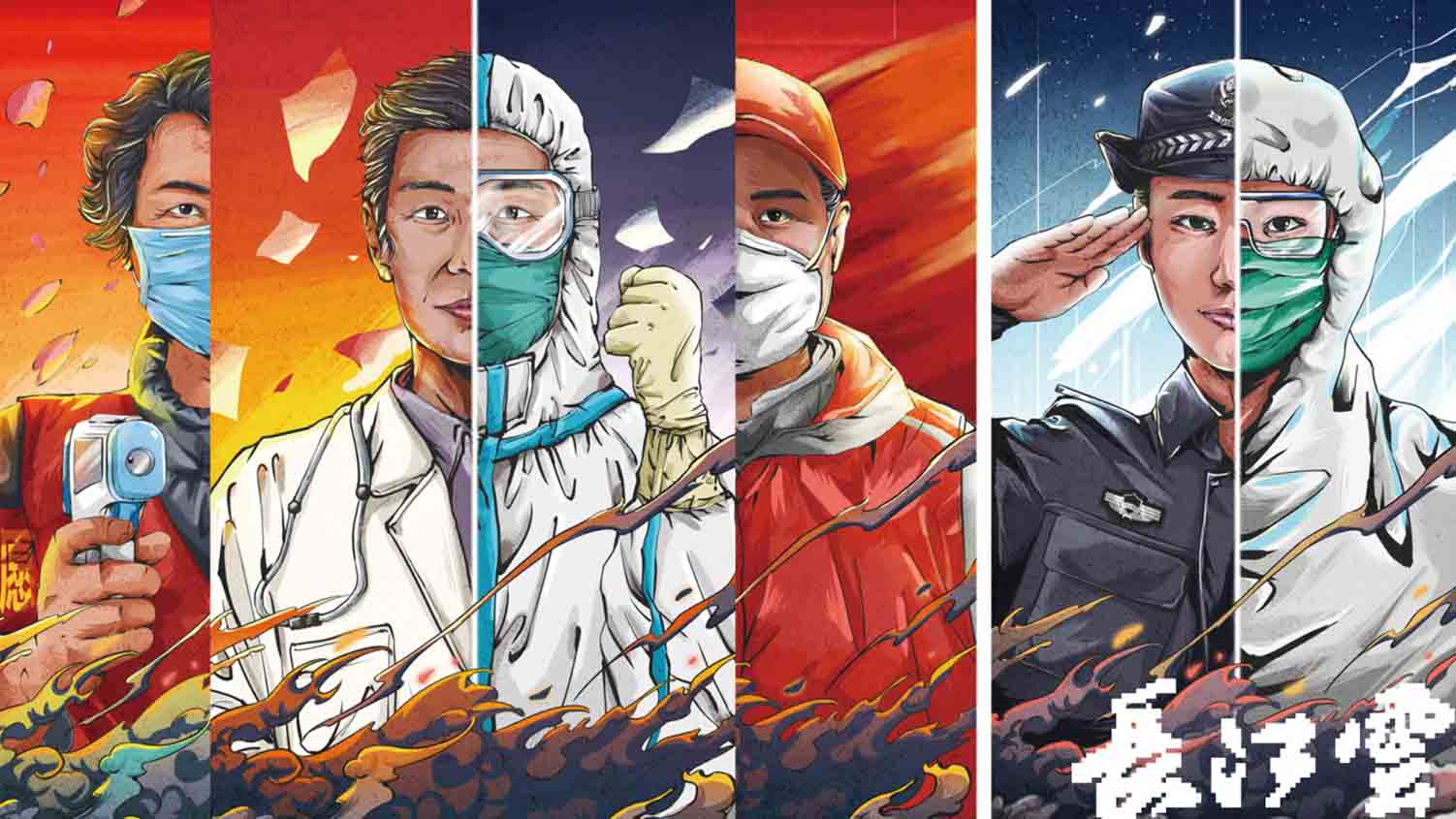 "You will get through it." "Please hang in there." "We will finish it in five minutes, Okay?"

In a holographic video displayed at an exhibition center in Wuhan, doctors and nurses in an ICU are seen racing against time to intubate a critically ill patient. During intubation, the doctor is only 10 centimeters away from the patient, whose highly contagious respiratory secretions could splash any time onto the doctor's mask.

The video is among thousands of items put together for the exhibition to commemorate the hard efforts made by frontline medics and the city's victory in fighting against the epidemic.

Over 1,000 physical items, 1,100 pictures, 45 videos, 33 installations that recreate intense scenes from the height of COVID-19, and 18 interactive projects are being displayed in ways including VR and AR technologies.

The designer, Zhu Zhenhua from Tsinghua University, says it took his team around a month to recreate some of the most memorable scenes. 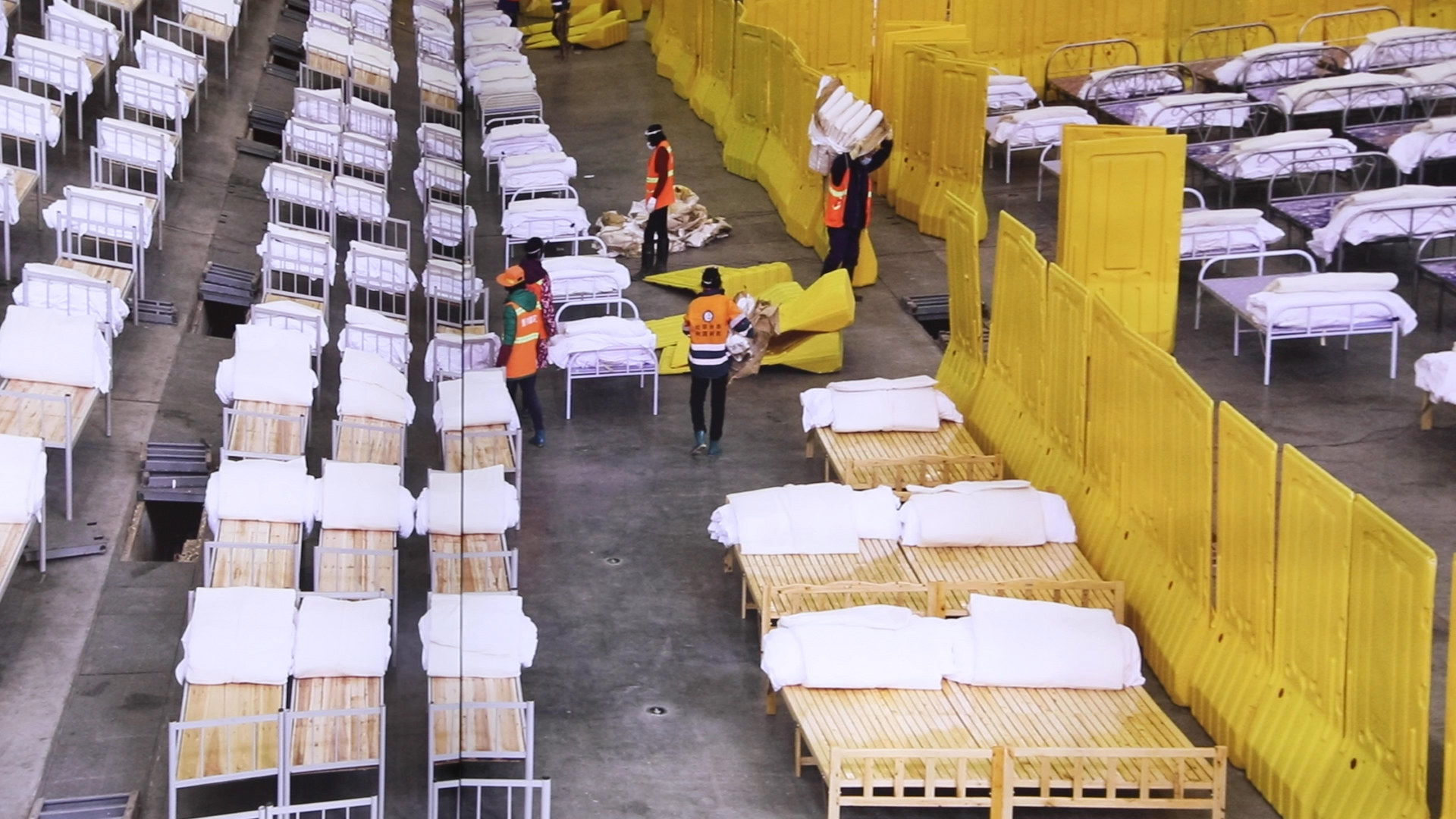 Among the visitors at the grand opening is Miss Zhang, a recovered patient and the mother of a seven-month-old baby. Her son, nicknamed Dongdong, was not even two months old when they both contracted the virus.

She dropped off her baby at the Wuhan's Children Hospital and checked in at quarantine hotel on February 20th. All five family members were infected and her baby was treated separately from her. Her father was in a critical condition at that time.

"I felt the fight was so hard at one point. The pandemic might not be hard for the rest of the society to recover from, but as patients, it felt so hard at the time. So, so hard," Zhang said. Her family has recovered fully, and she still keeps in contact with the nurses, who took care of her son. 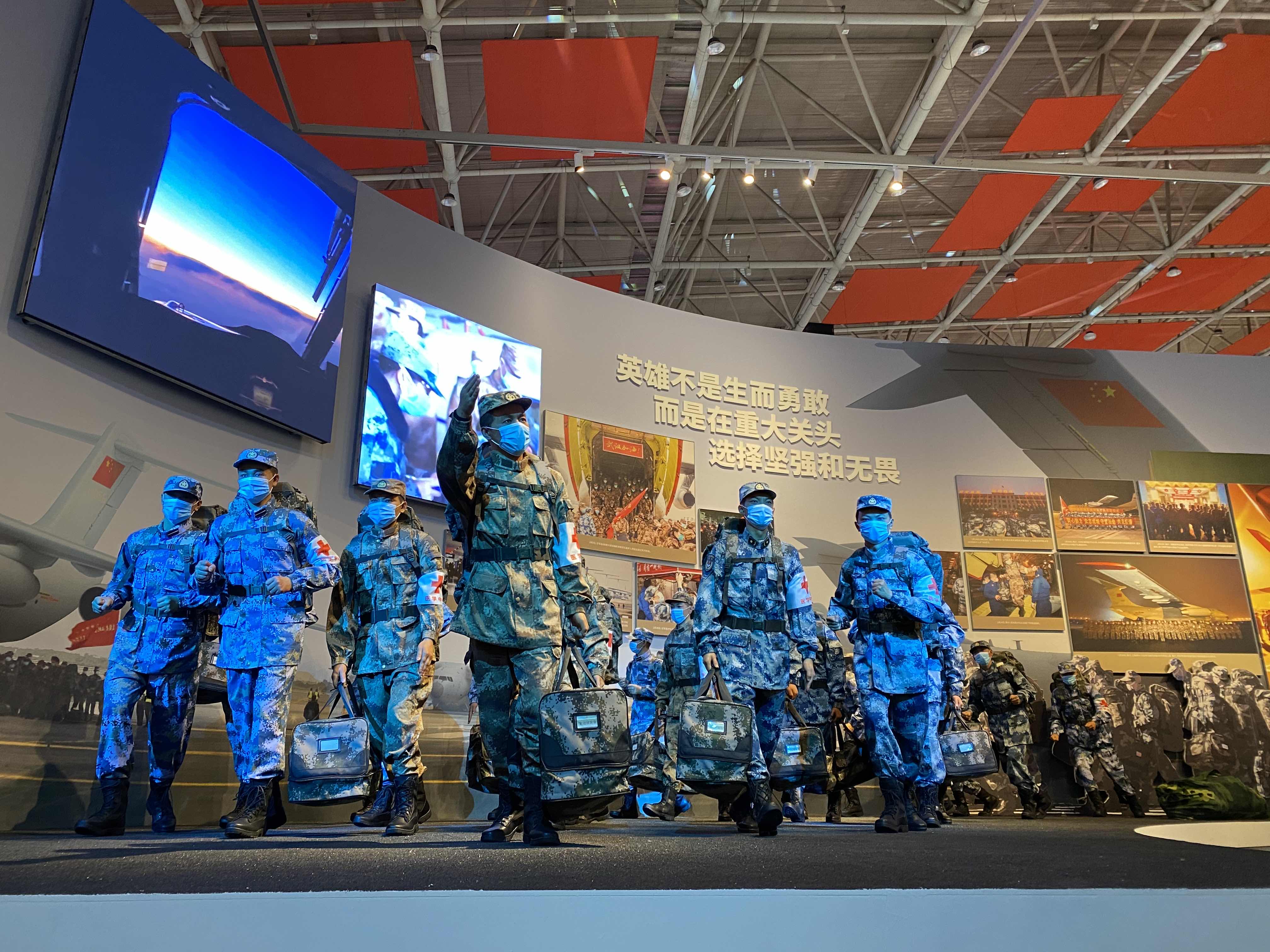 Life-size sculptures of soldiers are seen disembarking from a plane to come to the aid of stricken hospitals in Wuhan. Cen Ziyuan/CGTN

Life-size sculptures of soldiers are seen disembarking from a plane to come to the aid of stricken hospitals in Wuhan. Cen Ziyuan/CGTN

One of the 18 interactive displays allows visitors to experience what it feels like to wear a protective suit and the heat and pressure felt by frontline medics.

"No. I didn't step into it. I don't want to relive that again," Dr. Zhu Zhen, the Deputy Director at Fever Clinic of Wuhan's Wudong Hospital told CGTN. Zhu was among the first medical professionals in Wuhan to be exposed to coronavirus patients. He said the display was touching and he even spent some time in front of a display of protective suits.

The suits were donated to Wuhan by medical workers from across China after they rushed to support the city at the height of the outbreak.

He shares one of the moments he will never forget. "Wuhan was in lockdown, and I still needed to get to and from work. The streets were so empty. My nearly one-hour commute was cut down to less than twenty minutes," Zhu says. 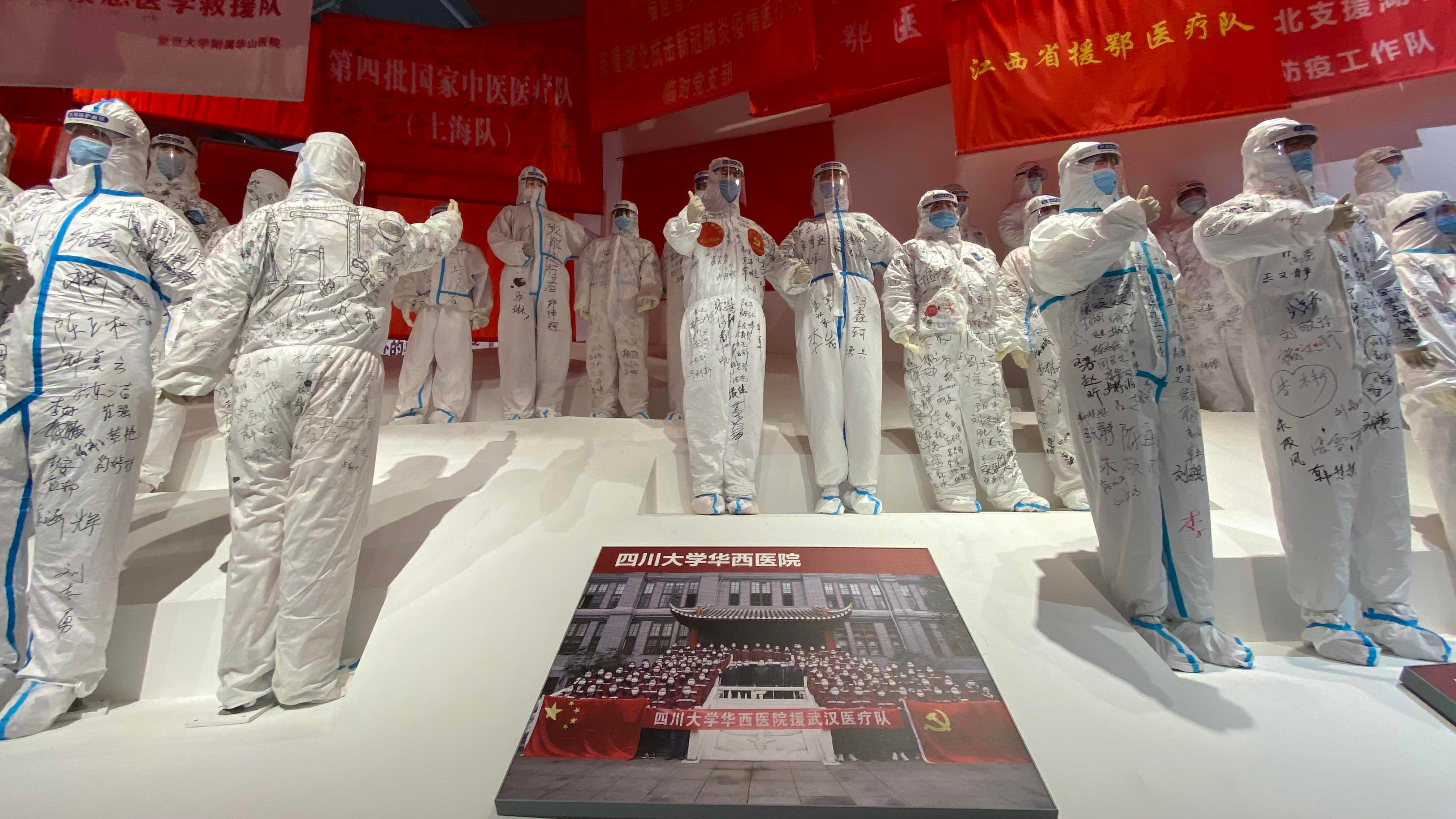 In a corner of the display, numerous letters show medical workers' petition to go to the front line to help save lives and also their family's worries and encouragement.

"I'm Wang Renkun, a nurse in the ICU. I applied to join the medical team to support Wuhan. The pandemic is my new battleground, and at the moment, I'm ready to go to the front line," Wang, a nurse in Canton Province wrote.

"Look, baby. Your mom has put on her white coat again. I'm a 'superwoman' joining others to fight against the coronavirus. Mom promises we will see each other again in the near future, and I will give you a pretty long hug," Qi Huali, a doctor from Zhejiang Province wrote to her four-year-old daughter from Wuhan. 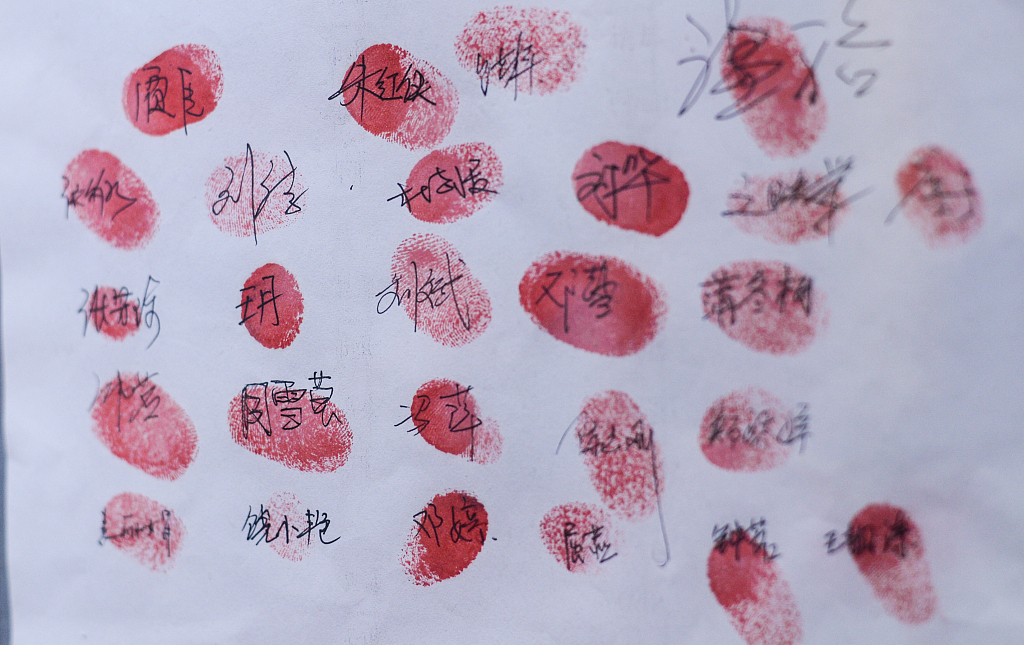 A petition was fingerprinted by dozens of medics who voluntarily went to support Wuhan during the pandemic. Cen Ziyuan/CGTN

A petition was fingerprinted by dozens of medics who voluntarily went to support Wuhan during the pandemic. Cen Ziyuan/CGTN

In a picture wall, one set of pictures depicts a young doctor accompanying an elderly to watch the sunset and the senior hugging two doctors, thanking them for saving his life in another picture. Another set of pictures features a doctor treating the youngest patient in an ICU ward during the pandemic. 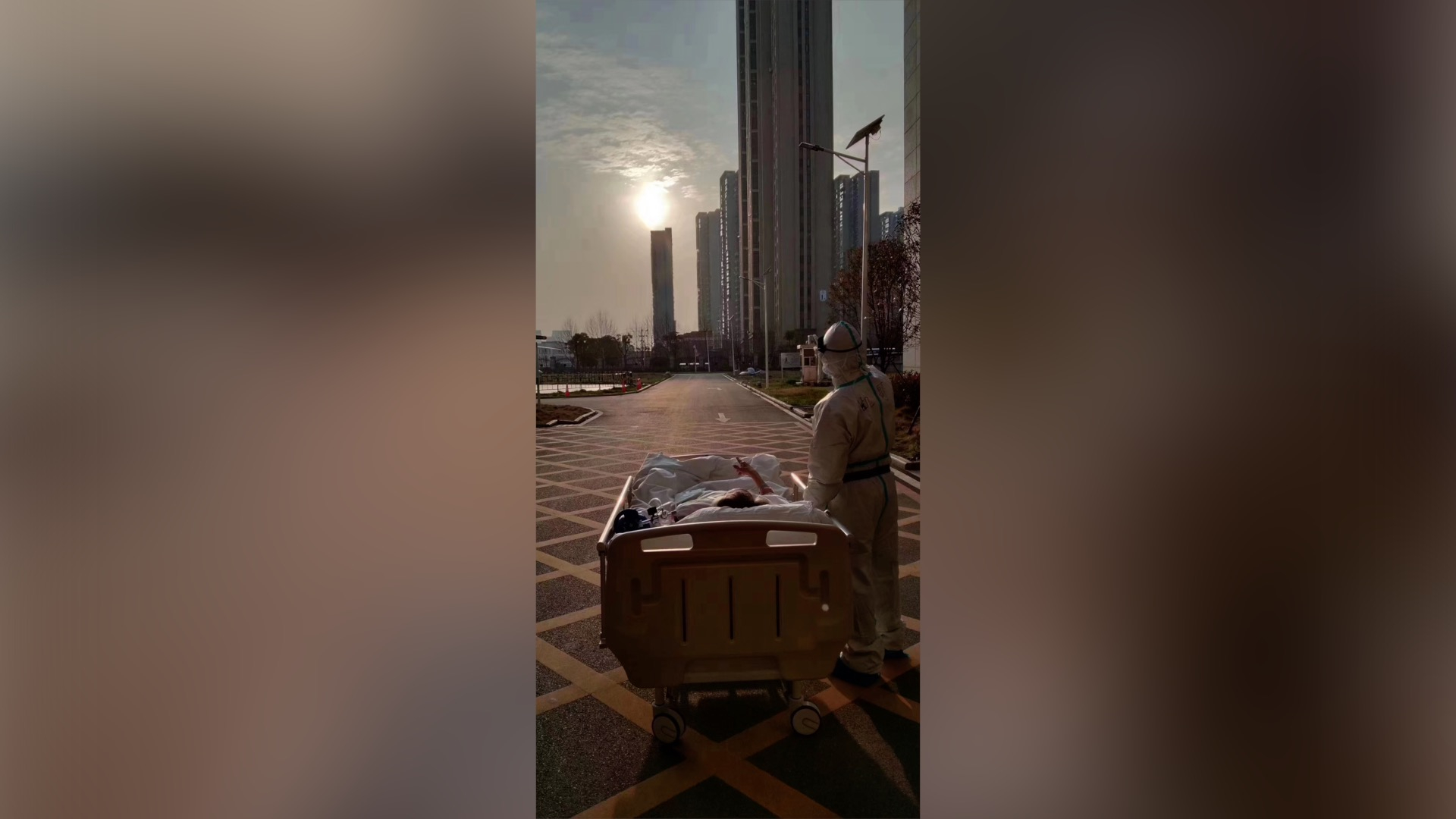 It's been more than six months since the coronavirus has come under control in Wuhan. The city was the first in China to detect the deadly virus, leading to a harsh lockdown, with millions restrained at home.

The exhibition opened on Thursday and will open for three months. Visitors can make reservations online.