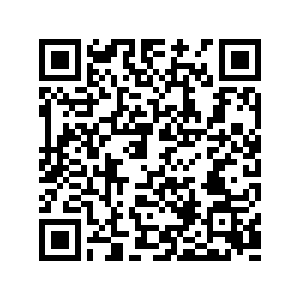 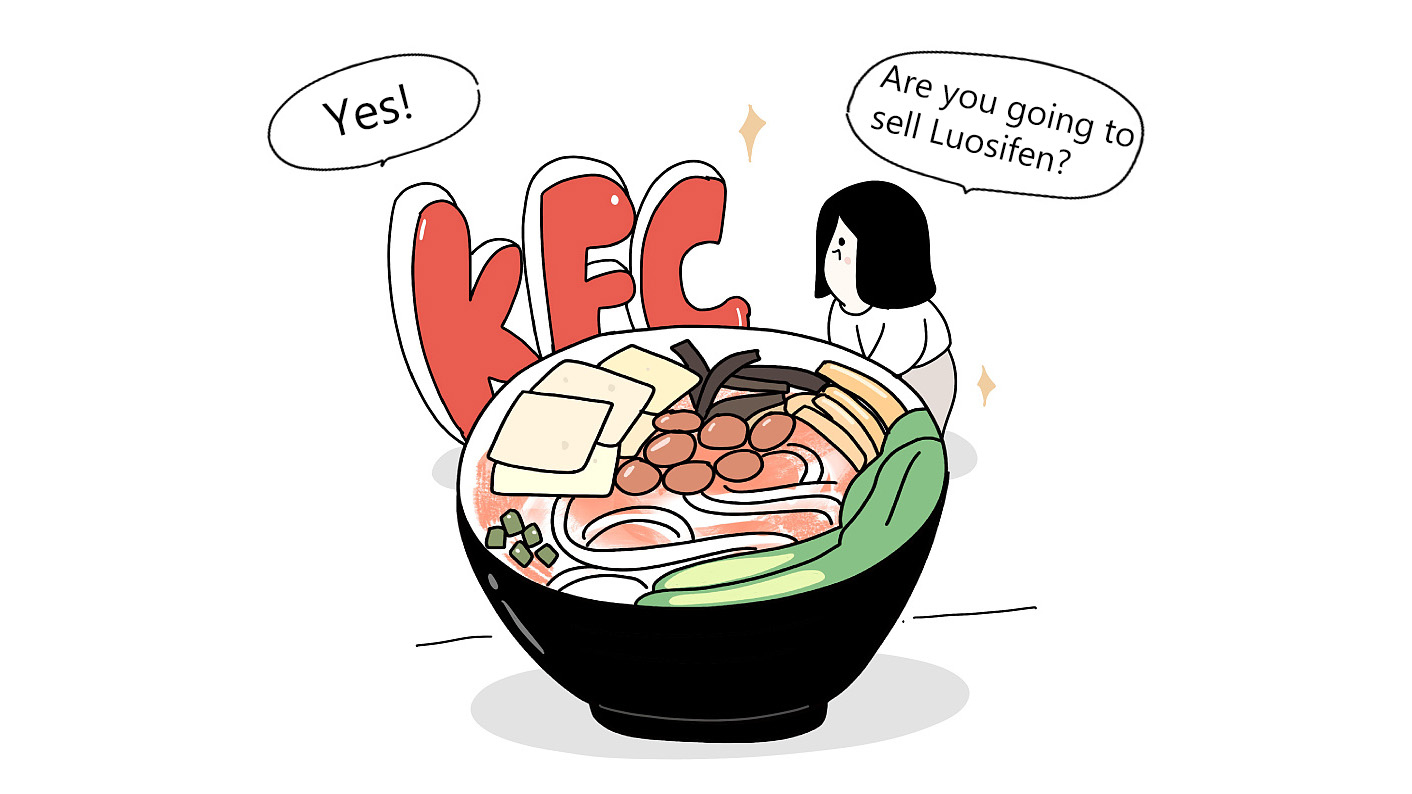 You may know KFC. You may know Luosifen (stinky sour snail noodles). But you may have never imagined KFC will sell Luosifen someday.

KFC China has announced the launch of a range of pre-packaged, fast-cooking items categorized as "Kaifengcai," which include chicken Luosifen, chicken breast and chicken soup.

Starting October 12, KFC stores in 23 Chinese cities, including Beijing, Shanghai, Guangzhou and Shenzhen, have been selling chicken breast and chicken soup, while chicken Luosifen won't be available until October 26.

According to KFC China, the "Kaifengcai" series is only designed for take-away and not dine-in. It's aimed at "inviting young people to enjoy hands-on cooking pleasure" via dishes' self-heating packaging, according to the KFC announcement. 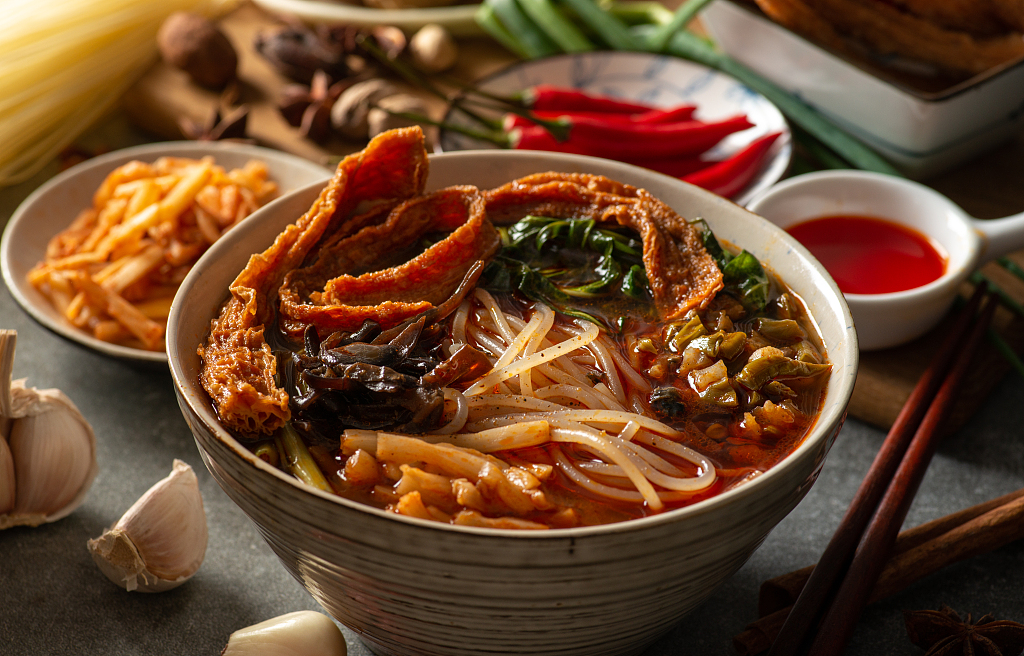 Originating in Liuzhou, south China's Guangxi Zhuang Autonomous Region, in the 1970s, Luosifen served as a cheap street snack that people outside of the city knew little about. It was not until 2012 when a hit Chinese food documentary, "A Bite of China," featured it and it became a household name.

Combining the elements of dishes made by Han people with those of the Miao and Dong ethnic groups, Luosifen comprises rice noodles boiled with pickled bamboo shoots, dried turnip, fresh vegetables and peanuts in spicy river snail soup. It is sour, spicy, salty, hot and stinky after being boiled.

There's been a "fever of Luosifen" in the catering industry in recent years, both inside and outside of China. Many food manufacturers have launched products with Luosifen flavor, such as mooncake and hotpot.

Meanwhile, Luosifen worth around 7.5 million yuan (about $1.1 million) was exported from Liuzhou from January to June this year. That's eight times the total export value in 2019. 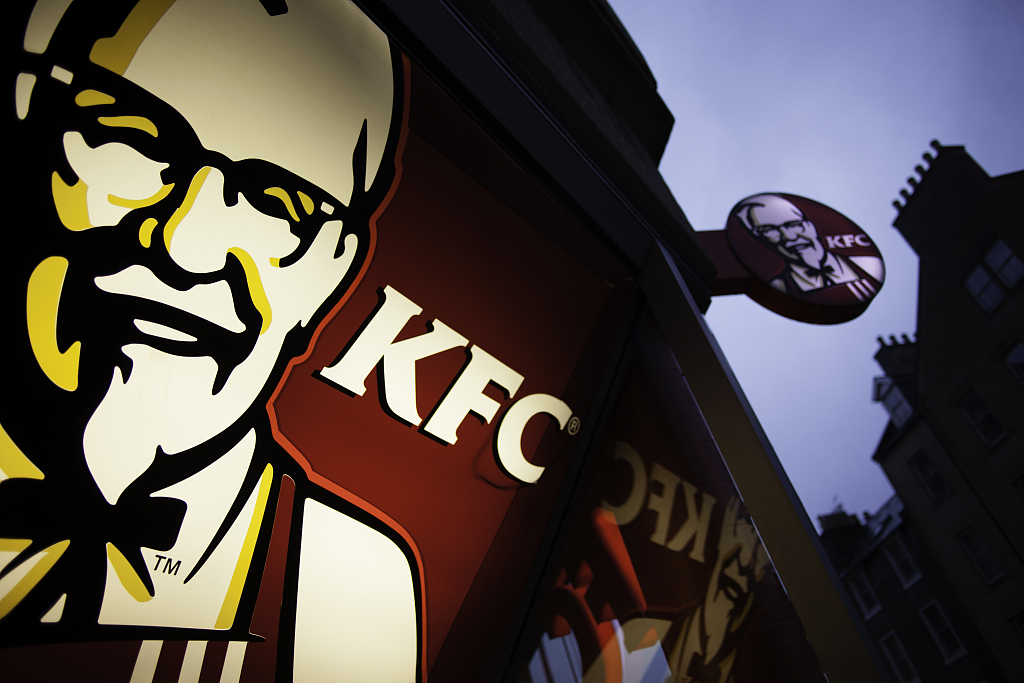 KFC's move marks its latest step in the localization of its menus in China.

"As a leading fast-food chain, KFC is really quick in making products catering to local flavors. Luosifen is one of the most popular foods among young Chinese people. The KFC certainly hopes to attract more customers through this move," said Zhu Danpeng, an analyst in the Chinese food industry.