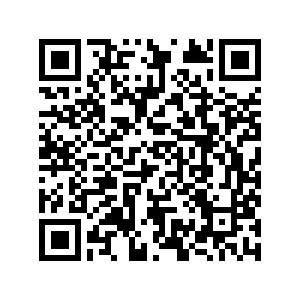 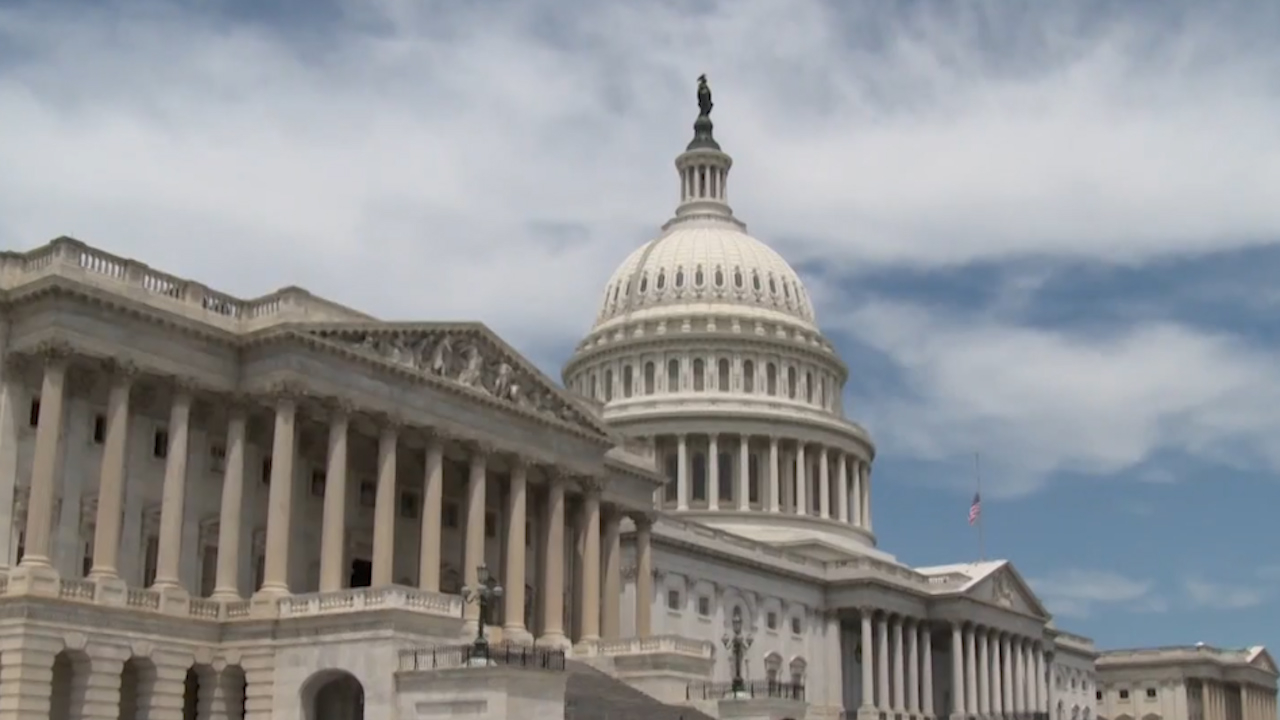 Expecting the continuity of the unipolar world at the turn of the century but facing a multipolar one instead, the United States has not fully backed the promises it has since made to retain its disproportionate sphere of influence. American leadership's talk of improving trade, lifting infrastructure and removing impediments to the free flow of people and goods always feels great, though it seldom translates into anything substantial on the ground.

A defining moment of our times was 9/11, which changed the global security outlook and brought back U.S. military intervention in an Asian country. Afghanistan is now completing two decades of the latest war on its territory.

The most significant challenge for the U.S. in Afghanistan, after defeating extremism, was rebuilding the country. The realization did come early and plans were charted to increase Afghanistan's internal and external trade capacity.

In 2006, the U.S. started talking about reviving the Silk Road that was the main trading route in ancient Asia and one of the reasons for making the region prosperous.

Richard Boucher, then an Assistant Secretary of State, briefed the House International Relations Committee about the potential of Central Asia in breaking Afghanistan's limitations and connecting it with foreign markets. He talked about a goal to connect South and Central Asia to boost trade, communication and people-to-people exchanges.

That goal now lies forsaken in the archives of the State Department. If any country along that Silk Road did pin any hopes, it must have been awfully disappointed as the plan did not even leave the walls of the House Committee.

President Barack Obama inherited the Afghan war and tried to get over with it by sanctioning more fuel for the tanks rather than more bricks for the rebuilding. When he realized that U.S. engagement in the region lacked a constructive approach, the "Pivot to Asia" – a supposed re-balancing of U.S. foreign policy – was born.

Then-Secretary of State Hillary Clinton was also calling for the revival of the Silk Road to connect South and Central Asia, and there was talk of building an international web of economic connections, railways, highways, pipelines and energy infrastructure.

The most remarkable feature of the pivot days was the announcement of the Trans-Pacific Partnership in 2016. In theory, it could be considered an appreciable move as it seemed to remove barriers and enhance commercial activity in the Pacific rim. 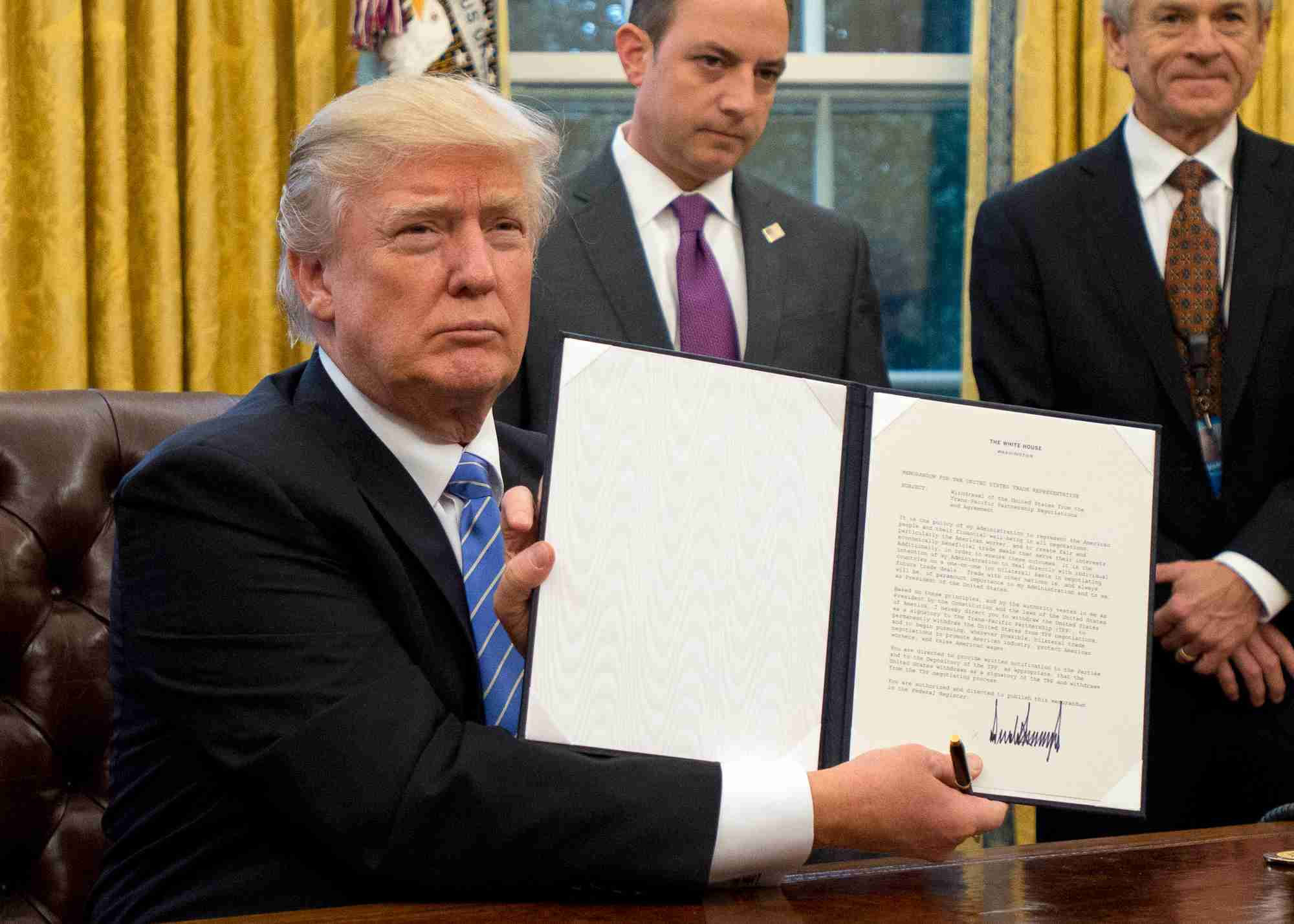 U.S. President Donald Trump shows an executive order to withdraw the U.S. from the TPP trade pact in the Oval Office of the White House in Washington, D.C., January 23, 2017. /CFP

U.S. President Donald Trump shows an executive order to withdraw the U.S. from the TPP trade pact in the Oval Office of the White House in Washington, D.C., January 23, 2017. /CFP

But the initial framework of the TPP remained a non-starter since it intentionally left out China, the region's largest economy. Obama received ample flak when he said at its signing that the U.S. – not China – had to write the rules of the road. How his administration planned to do so, meanwhile, was ambiguous.

Hillary Clinton, as Secretary of State, used to tout the TPP as the "gold standard" in trade agreements. Later in her presidential election campaign, she was on the same page with Donald Trump in opposing the deal.

Three days into office, Donald Trump pulled out of the TPP. Treaty members were left in the lurch and American credibility was in tatters. Another set of promises had gone up in the air and Asian countries realized that a friend in the neighborhood can be far more reliable than a friend from afar with no stakes in the region.

If there is any tangible development on the ground today, it is in the form of the China-launched Belt and Road Initiative (BRI). Inclusively spanning across continents, it is providing pathways of progress to countries that have been cut off from global supply chains for ages.

Instead of supporting this productive megaproject, the U.S. is in adamant opposition. Hardly a week passes without any negative statement from U.S. officials but one from then-Secretary of State Rex Tillerson in 2017 is worthy of a mention.

Tillerson accused the BRI of saddling its participants with debts – the sole argument against the initiative conjured up so far – despite the fact that Chinese lending has been a fraction of the overall liabilities of the recipients. He upheld the tradition of offering alternative measures but three years on, his promise, too, has failed to materialize.

His successor, Mike Pompeo, visited Japan last week as part of his shortened Asia trip. His statements there were reflective of the latest rhetoric of the U.S. government to push for a so-called Quad alliance that appears to aim at China.

Progress on the Quad remains markedly slow as China's neighbors are cognizant of a history of abandoned American commitments. Many have strong economic bonding and are striving for a collective headway through conventions like the Shanghai Cooperation Organization (SCO) and the Regional Comprehensive Economic Partnership (RCEP) as well as the BRI.

When entering alliances with the U.S., countries have to take geopolitical realities well into consideration. America's priorities change quickly and strikingly. All that the allies are then left with are sour relations in their neighborhoods.

The history of failed U.S. promises calls for a prudent approach to the incredible offers today being made on the Asian chessboard. The game must not become zero-sum. Expanding trade partnerships and improving infrastructure is good for the global economy but making good on promises is something without which collaborations cannot proceed.