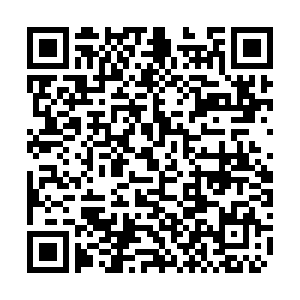 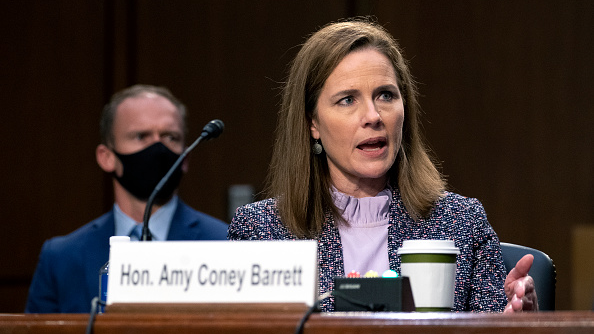 Judge Amy Coney Barrett's Supreme Court confirmation hearing in the United States Senate this week has dominated news feeds across the world and conservatives are hammering away at academic phrases like "originalism" and "textualism" without adequately explaining them.

According to Barrett herself, she is an originalist, which means, according to her own words, she believes the constitution "doesn't change over time."

"In English that means that I interpret the constitution as a law," she said, "and that I interpret its text as text, and I understand it to have the meaning that it had at the time people ratified it. So that meaning doesn't change over time and it's not up to me to update it or infuse my own policy views into it."

Barrett's judicial philosophy comes directly from the late Supreme Court Justice Antonin Scalia, who she clerked for in 1998 and 1999. She said that it was "the content of Justice Scalia's reasoning that shaped me. A judge must apply the law as written, not as the judge wishes it were."

It is important to refine this idea of "originalism" more specifically to "original meaning," which differs from the legal theory of "original intent."

Adherents to original meaning claim to have the most objective legal theory, highly depoliticized and fair. The conservative war against "activist judges" that "legislate from the bench" is rooted in original legal theory. The idea, however, that a constitution – the fundamental organ of a state existing in a living society – is not a living document is fallacious.

Originalists like Justice Scalia who are deified as non-activists that plainly interpret the law are a complete myth. Perhaps the best example of this is the originalist view on federalism that Scalia pioneered.

The 11th Amendment states that federal courts cannot hear lawsuits against a state brought by "Citizens of another state, or by citizens or subjects of any foreign state." It has since been interpreted to mean that states can block suits against the state brought by their own citizens, which is found nowhere in the text.

In Blatchford v. Native Village of Noatak (1991), Scalia wrote in his opinion that while the 11th amendment's terms are narrow, the court interpreted it "to stand not so much for what it says, but for the presupposition of our constitutional structure which it confirms."

In this case, Justice Scalia and his majority tossed out a lawsuit by Native American tribes who claimed to have been cheated by the State of Alaska, and originalist have maintained a common theme of playing activists when it suits their political interests that target workers and vulnerable groups – minorities, women, the disabled and others.

For example, Justice Scalia held the opinion that the 14th Amendment prohibited affirmative action by states, but supported states outlawing same-sex marriage, which is wholly inconsistent.

Furthermore, the plain text of the constitution says the role of the court is essentially excluded from the scope of democratically elected branches – the legislative and executive branches – yet legislation is consistently mangled before conservative courts. 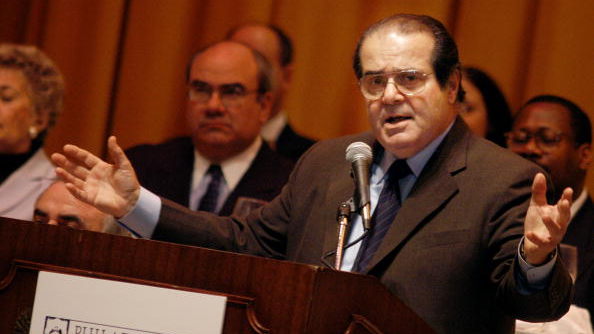 In United States v. Lopez (1995), the court overturned the Gun-Free School Zones Act by using a bizarre interpretation of the Commerce Clause. In United States v. Morrison (2000), the court used a similar interpretation to strike down one section of the Violence Against Women Act, stating that Congress had no authority to allow women the right to sue their alleged abusers in federal court.

The Patient Protection and Affordable Care Act (ACA), which is in the crosshairs of the Trump-stacked Supreme Court, was discussed at length during Judge Barrett's hearings precisely for the reason that originalists routinely exercise this power over democratic branches. She said that she would approach an ACA case with an "open mind," but if she approaches it as Scalia would, it would of course be politically motivated.

Perhaps no better example of this activism exists than when the conservative court that Scalia sat on decided Bush v. Gore (2000), politicizing the court beyond a shadow of a doubt and upsetting Americans' faith in the electoral process. Tellingly, the court stated that its decision in 2000 was not a legal precedent – clearly a one-time usage of its power to install a conservative president by a conservative court. We could have a near-repeat of this same situation in 2020, as President Donald Trump has already mentioned.

This is exactly why "court-packing" is being discussed by the Democrats, just like when former President Franklin D. Roosevelt used the phantom of the Judicial Procedures Reform Bill of 1937 to scare the conservative-activist judges that were trampling over the policies of the New Deal that saved the American economy. After all, the size of the Supreme Court is not stated within the text of the constitution – which naturally leaves it up to Congress.

The fact is that no person is wholly objective – everyone has some inherent bias and everyone is flawed, which is why there are multiple justices in the first place. Furthermore, constitutions are indeed living documents. It is the fundamental organ of a state, and if a state would like to survive, as we can assume the federal government would like to, it must be a living document that can adapt to new challenges. This is the understood role of the judiciary.

Both sides of the aisle actually know this, but one side prefers not to say it because maintaining a monopoly on so-called objectivity is the only thing that can help package their deeply unpopular ideology.