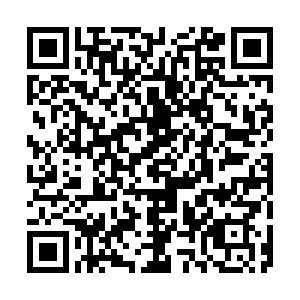 Thailand's government announced an emergency decree early on Thursday to address street protesters in Bangkok, according to a state television announcement.

The protesters have set up camp outside the prime minister's office and obstructed a royal motorcade.

Protesters have called for the ousting of Prime Minister Prayuth Chan-ocha, a former junta leader, and for a new constitution. They have also called for reforms to the monarchy of King Maha Vajiralongkorn.

Thailand is technically still under a state of emergency as part of coronavirus restrictions. 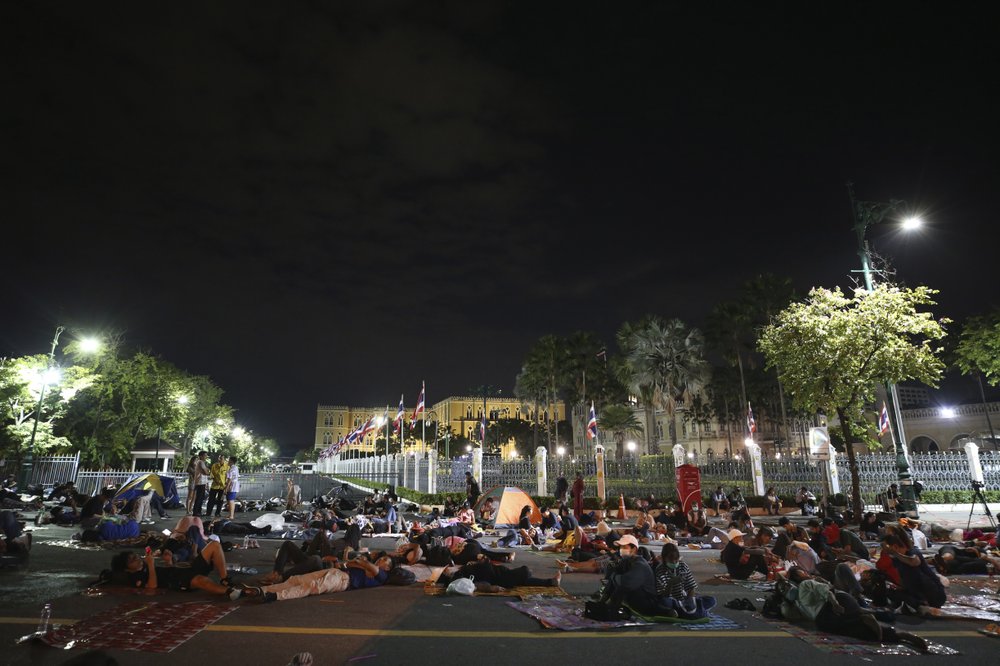 Protesters sleep in front of Government House during a demonstration in Bangkok, Thailand, October 15, 2020. /AP

Protesters sleep in front of Government House during a demonstration in Bangkok, Thailand, October 15, 2020. /AP

The police operation came after Prayuth declared a severe state of emergency in the Bangkok area to allow authorities to move against the protests. It bans unauthorized gatherings of more than five people.

Before the police dispersal, a large number of protesters had already left the area after one of the their leaders announced the end of the rally at Government House though a few hundred stayed on. Protesters also announced that the rally would move to a different location in the capital Thursday afternoon, but deputy police spokesman Col. Kissana Phathanacharoen warned them not to do so.

The latest rally started on Wednesday with thousands of people marching from Bangkok's Democracy Monument to Government House. It was the third major gathering by activists who want to keep up the momentum in their campaign for a democratic change. 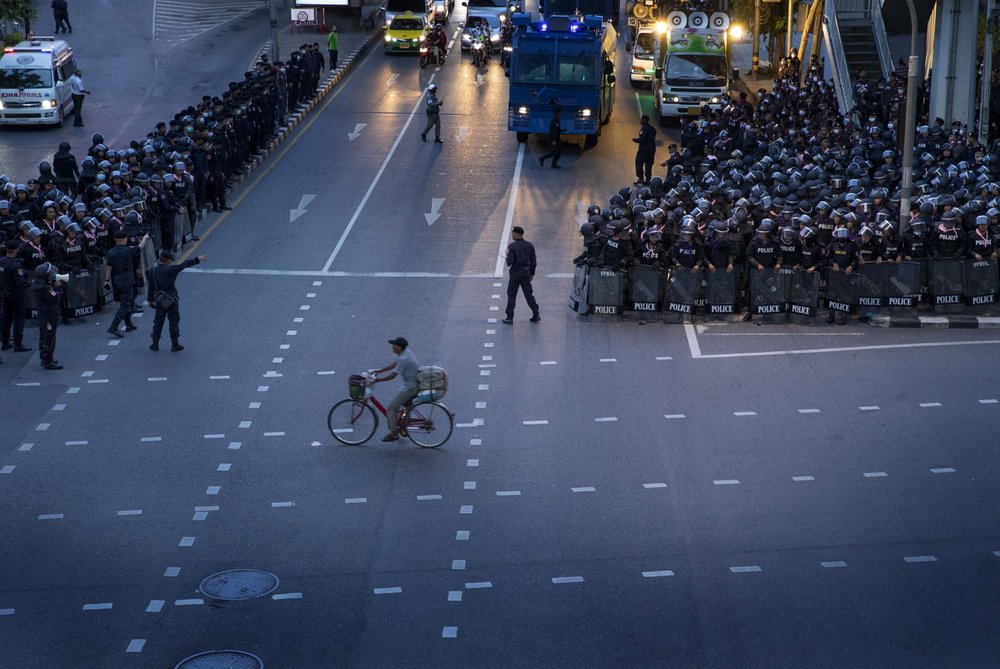 The protesters have drawn attention because of their demands for reforms to Thailand's constitutional monarchy, which they claim does not properly operate in a democratic framework.

Conservative royalist Thais accuse them of seeking to end the monarchy, an allegation they deny. Before leaving Democracy Monument, several small clashes broke out between protesters and their opponents, who traded punches and threw plastic bottles as police tried to keep them apart.

The protest movement was launched in March by university students but quickly put on hold as Thailand was gripped by surges in coronavirus cases. It came back in July, when the threat from the virus eased, and since then has again been spearheaded by students and publicized on social media.

The movement's original core demands were new elections, changes in the constitution to make it more democratic, and an end to intimidation of activists.

The protesters charge that Prayuth, who as army commander led a 2014 coup that toppled an elected government, was returned to power unfairly in last year's general election because laws had been changed to favor a pro-military party. Protesters say a constitution promulgated under military rule is undemocratic.