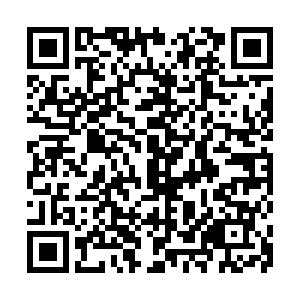 Armenia on Sunday accused Azerbaijan of violating a fresh ceasefire over the disputed Nagorno-Karabakh region by firing artillery shells and rockets.

The accusation came just hours after the two countries agreed to a new attempt to establish a humanitarian ceasefire from Saturday midnight (2000 GMT) in fighting over Azerbaijan's ethnic Armenian-controlled enclave of Nagorno-Karabakh.

The new ceasefire agreement was announced following phone talks between Russian Foreign Minister Sergei Lavrov with his counterparts from the two nations, in which he strongly urged them to abide by the Moscow deal.

However, Nagorno-Karabakh saw a new escalation of fighting on Saturday.

Azerbaijan said around 20 apartment buildings in its second biggest city of Ganja, about 25 miles (40 kilomiters) from Nagorno-Karabakh, were hit by Soviet-made Scud missiles from the enclave on Saturday with 13 civilians killed and more than 50 wounded. According to the Azeri authorities, 60 Azeri civilians had been killed and 270 wounded since the fighting flared on September 27, but no military casualties have been released so far. 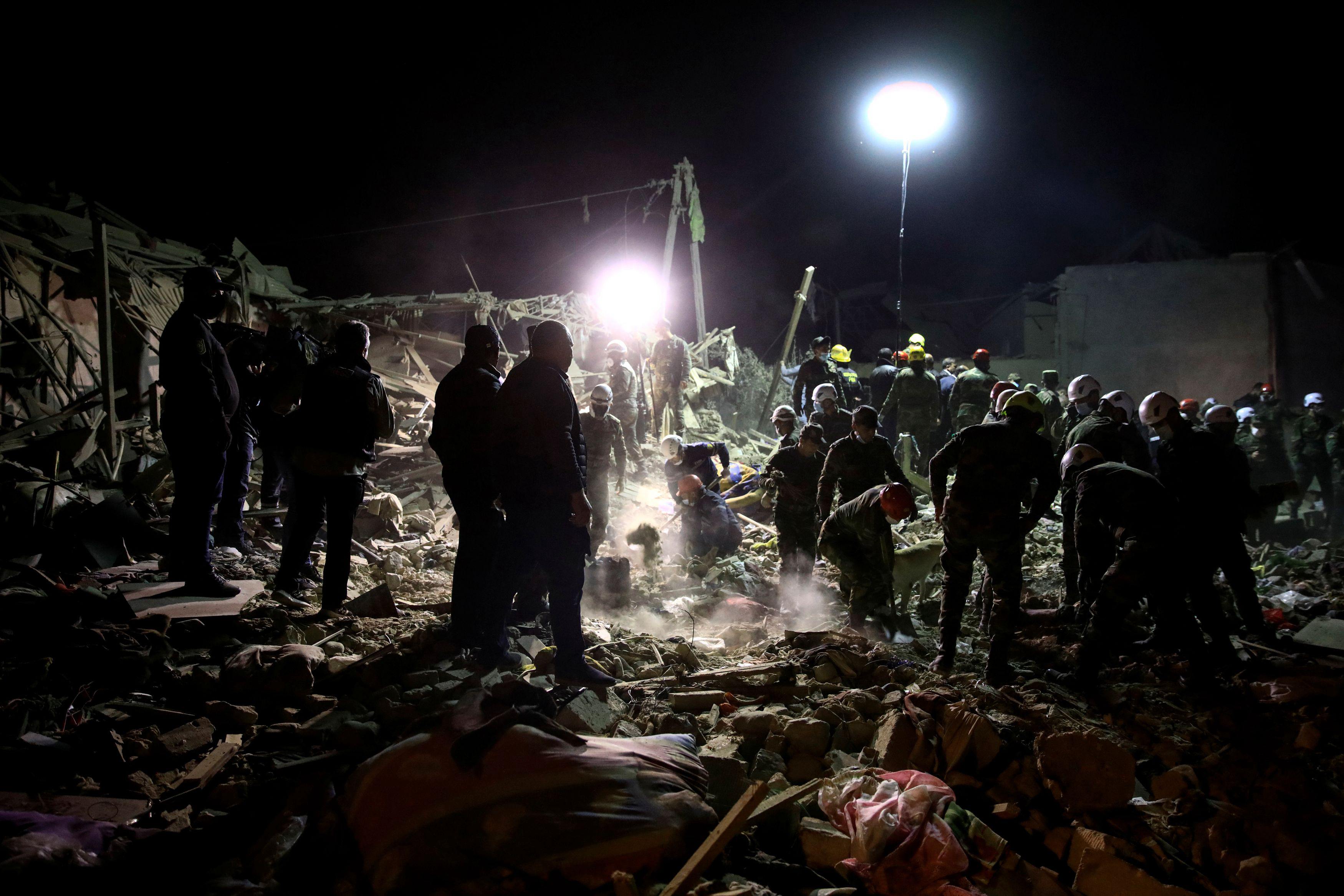 Search and rescue teams work on the blast site hit by a rocket in the city of Ganja, Azerbaijan, October 17, 2020. /Reuters

Search and rescue teams work on the blast site hit by a rocket in the city of Ganja, Azerbaijan, October 17, 2020. /Reuters

In a televised address to the nation, Azerbaijan's president, Ilham Aliyev, denounced the missile strike as a war crime and warned the leadership of Armenia that it would face responsibility.

"Azerbaijan will give its response and it will do so exclusively on the battlefield," Aliyev said.

The Armenian Defense Ministry denied launching the Saturday strike, but the separatist officials in Nagorno-Karabakh put out a statement listing alleged "legitimate" military facilities in the city of Ganja, although they stopped short of claiming responsibility for the attack. Stepanakert, the regional capital of Nagorno-Karabakh, came under intense shelling on Saturday, leaving three civilians wounded, according to the Nagorno-Karabakh authorities. 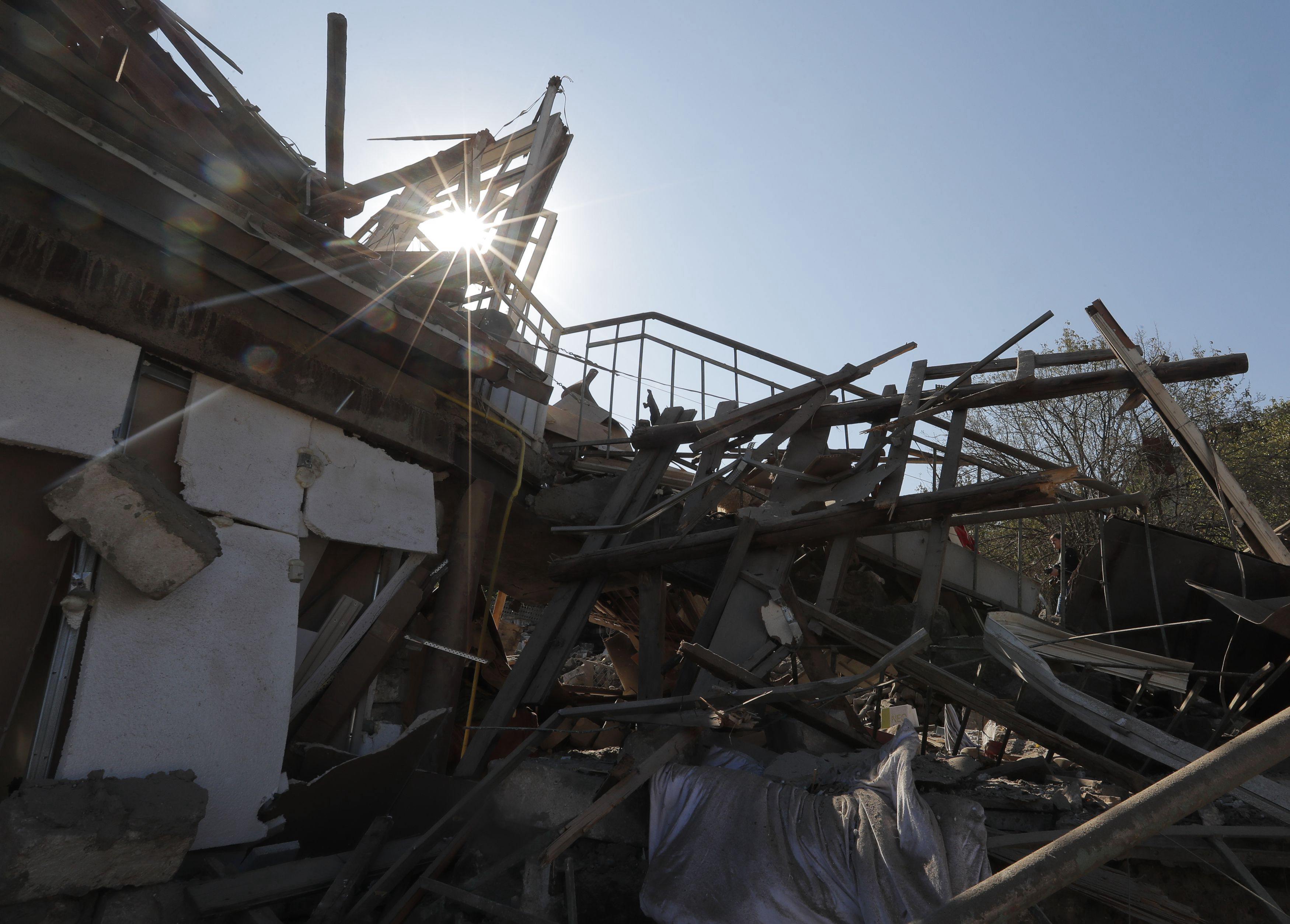 A view shows the ruins of a building following recent shelling in Stepanakert, October 17, 2020. /Reuters

A view shows the ruins of a building following recent shelling in Stepanakert, October 17, 2020. /Reuters

The Azerbaijani military declared Saturday that they downed an Armenian Su-25 jet, a claim quickly dismissed by Armenia's Defense Ministry. Drones and rocket systems supplied by Turkey have given the Azerbaijani military an edge on the battlefield, helping them outgun the Armenian forces that rely mostly on outdated Soviet-era weapons.

The Armenian military said they downed three Azerbaijani drones over the territory of Armenia on Saturday. Azerbaijan denied that.

Armenia speaks to Azerbaijan on Nagorno-Karabakh's behalf as Baku refuses to negotiate with the separatist authorities. Yerevan says its own forces are not involved in the conflict and have not attacked Azerbaijan. It is reported that many Armenian citizens, including the prime minister's son, serve as volunteers in Nagorno-Karabakh's army.

The Nagorno-Karabakh authorities issued a statement saying it "reaffirms its readiness to maintain the terms of the humanitarian ceasefire on a reciprocal basis ... according to the Moscow statement of Oct. 10 and the agreements of Oct. 17."

Nagorno-Karabakh officials have claimed that 633 of its military personnel have been killed, and 36 civilians.