From the Soil: Leading back to the good old times
In the Field 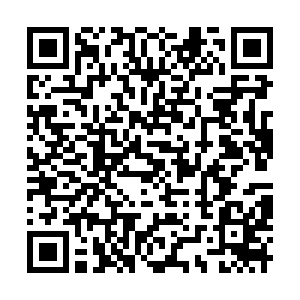 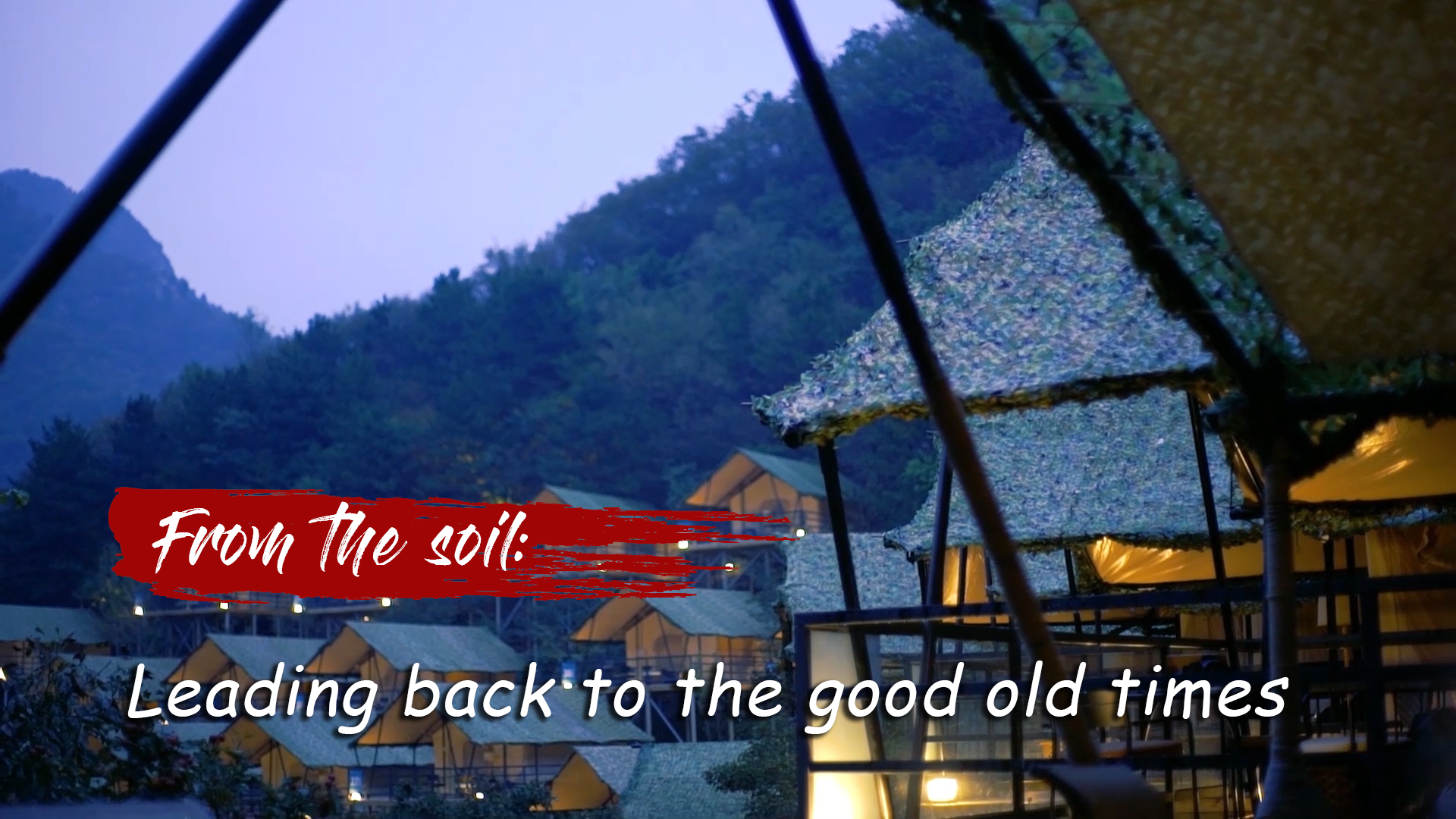 Editor's note: China is on track to eradicate absolute poverty by the end of 2020. And what's next? In the video series "From the Soil," CGTN has invited development experts to China's rural regions to investigate the methods used to reduce poverty and examine whether they can inform global poverty alleviation work. In the sixth episode, Tom Wolters, a United Nations consultant, heads to Ganyugou, a county high up in the mountains in north China. The views expressed in the video are his own and not necessarily those of CGTN.

In ancient China, there was a famous literary work called The Peach Colony. It was about a fisherman's discovery of a utopia where people led an idyllic life in harmony with nature.

Today there is a wonderland hidden in the mountains that captures the rustic utopia of The Peach Colony.

As night falls, the village is brilliantly illuminated by the lights from the 300-year-old stone houses, flickering like magic in an ancient poem.

I'm Tom Wolters. I worked across the world on rural development projects. And since 20 years ago, I've been living in an old courtyard house in the center of Beijing, But now we are going north, we are going to a mysterious place high up in the mountains, where a miracle took place in a small village.

Ganyugou Village is hidden in the mountains of Miyun County. However, more than 10 years ago, this incredibly scenic village nestled in the green mountains outside of Beijing was losing its inhabitants.

In the eyes of the villagers, the 64-year-old Gao Yunyu, head of the village, is still a "young man." The village's past is fresh in his mind. Not only is it the smallest village in Miyun, in the past it also had the lowest per capita income in the county. 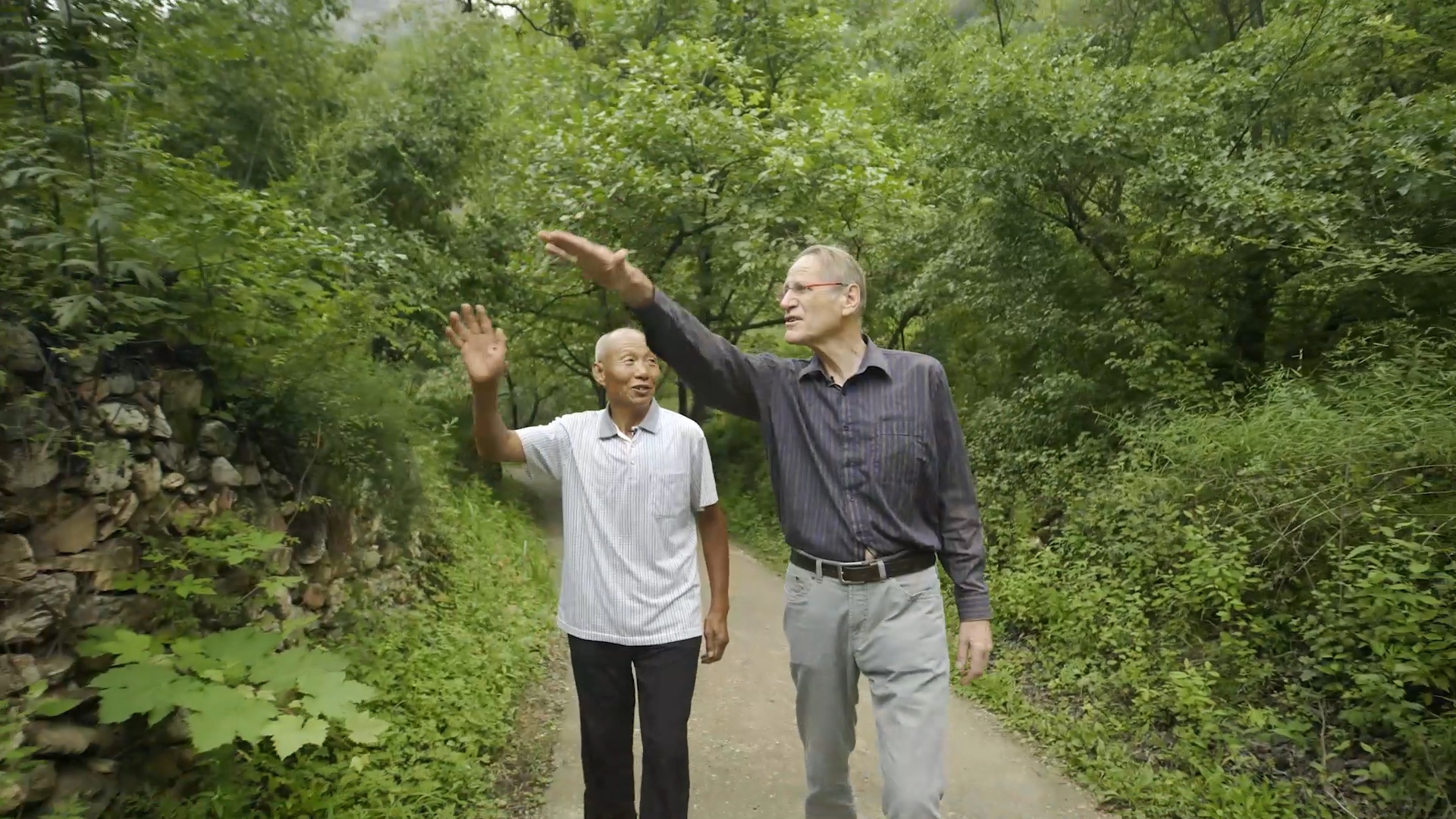 "Ganyugou has been historically short of water, It used to take two hours to fetch water. In the past, access to education, shopping and medical treatment were quite limited. Due to the inconvenient transportation, all the young people went out to work, Many villagers have moved out of the village. Villagers younger than me were virtually all gone, seeking their livelihoods elsewhere," said Gao.

In developing countries, there are many poor villages in remote rural areas. The sociologist Oscar Lewis describes this as "the culture of poverty" and claims that poverty is a result of people's values or cultural norms. He suggests that people who are poor have different cultural values than mainstream society, which shapes their life choices and opportunities.

He explains why people who grow up poor often remain poor – with low motivation, low level of education, and low-paying jobs, which aggravates the poverty and becomes a vicious cycle.

Traditionally, many rural development projects are about land acquisition and relocating farmers. Such a development model without the original residents is like having a place without traditional culture.

In 2013, a new chapter in Ganyugou's development began with the arrival of the Yin family. The Yin family has been living in Canada for many years, but they have always held onto their dream of returning to develop a rural utopia like The Peach Colony. 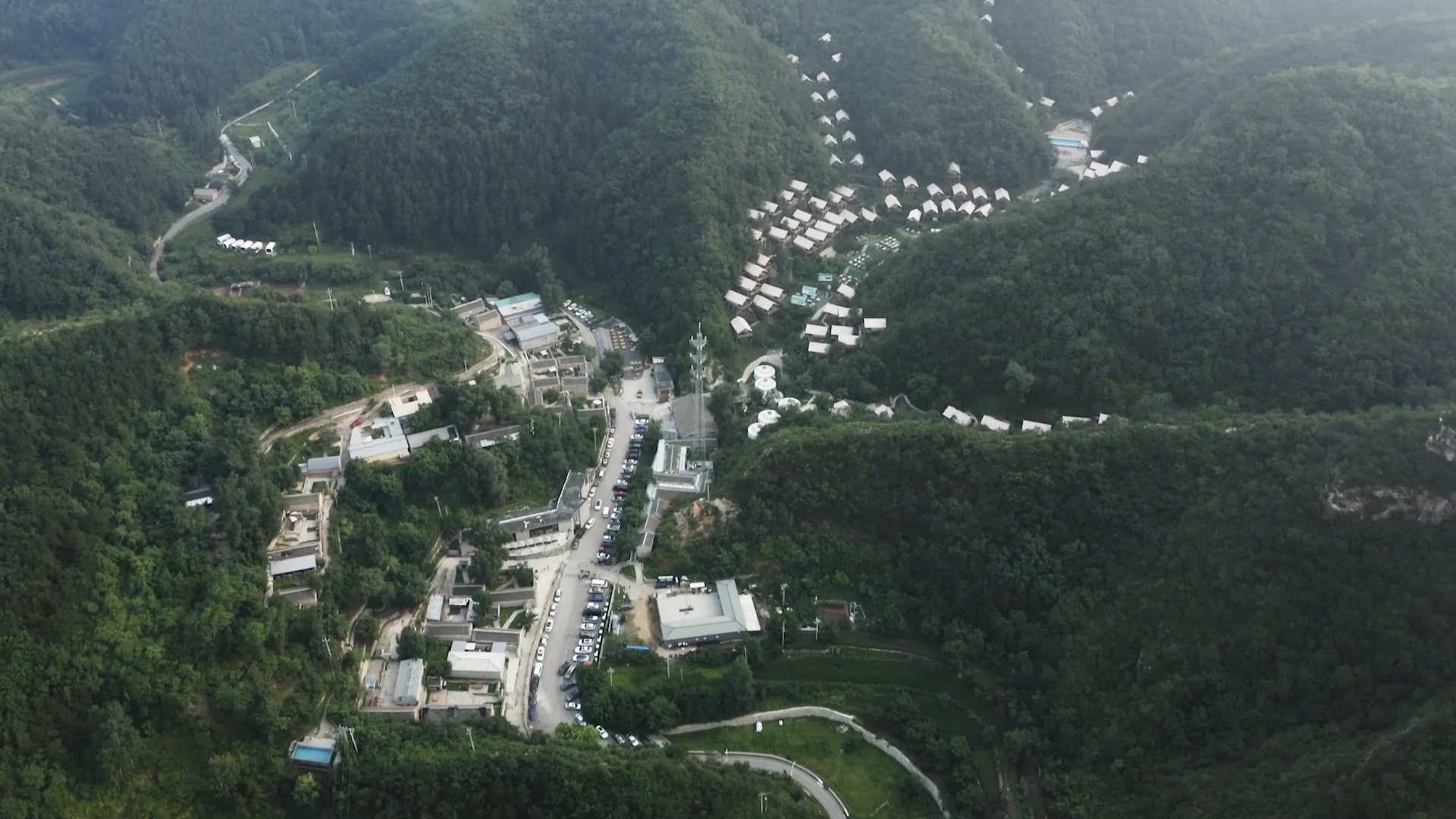 "We had a master plan: looking at the village as a whole and developing it step by step according to the traditional village style of building, in harmony with nature," said Mr. Yin.

Yin's ideas on rural development are not conventional, and his ShanliLohas project is unique in breaking the poverty cycle for remote villages. He lays out a comprehensive development plan which includes housing, farming and landscaping – bringing rural assets to life.

Their dream for country life came true in Ganyugou in the form of ShanliLohas, a sustainable development with guesthouses.

What we've seen so far is that we see a local community restoring their houses giving their accommodation to tourists. But what will happen next? Will it be endosymbiosis bringing together the local community and tourists in a sustainable way? Or it will be another tourist resort?

One after another, young people who had left the village due to lack of job opportunities have returned and joined the service crew.

Lin Li, head of Beizhuang Town in Miyun which oversees the village, has participated in transforming the village and witnessed dramatic improvements to life there. 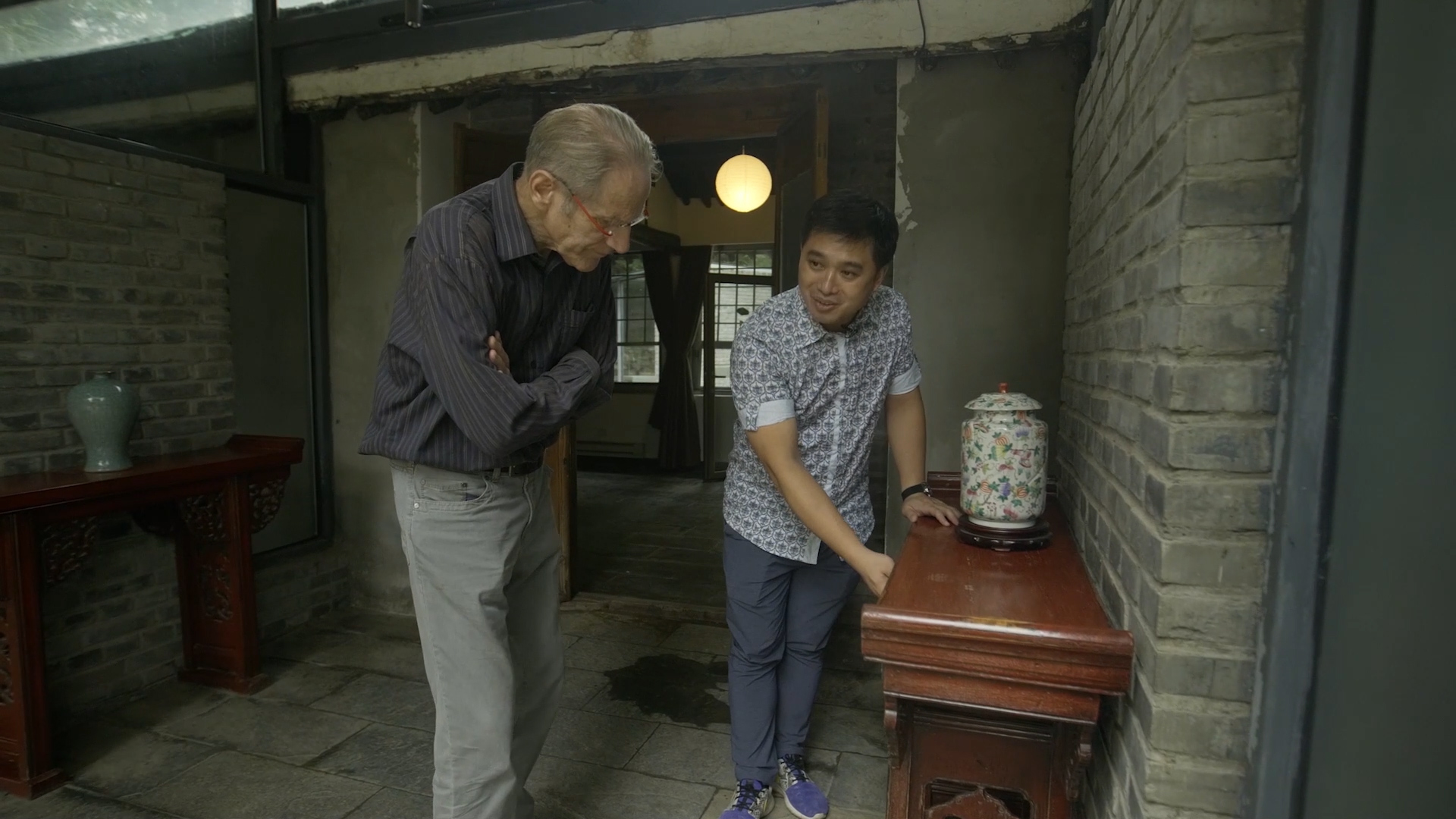 Houses have been renovated, mountain roads have been widened and given streetlights, and power lines have been improved, even a 5G cell tower has also been erected. Transportation out of the village has become much more convenient, and travel time has reduced from half a day to half an hour.

"Our village's per capita income has risen from being the town's lowest to being the highest – a complete turnaround. We've really turned clear waters and green mountains into gold and silver mountains."

The branding and marketing of ShanliLohas has yielded excellent results. Farmers not only receive income from leasing their houses and working with the cooperative, but also get dividends from the village, securing an annual income up to 10 times that of the past.

Having stable jobs in the tourism cooperative, young villagers no longer need to leave. They could stay in the village, taking care of their children and the elderly.

Welcoming visitors to ShanliLohas enriches the ecosystem, with both farmers and visitors becoming contributors to poverty reduction.

Ganyugou has become not only the dream home for the villagers, but also a highly attractive destination for city people passionate about the Lohas lifestyle. 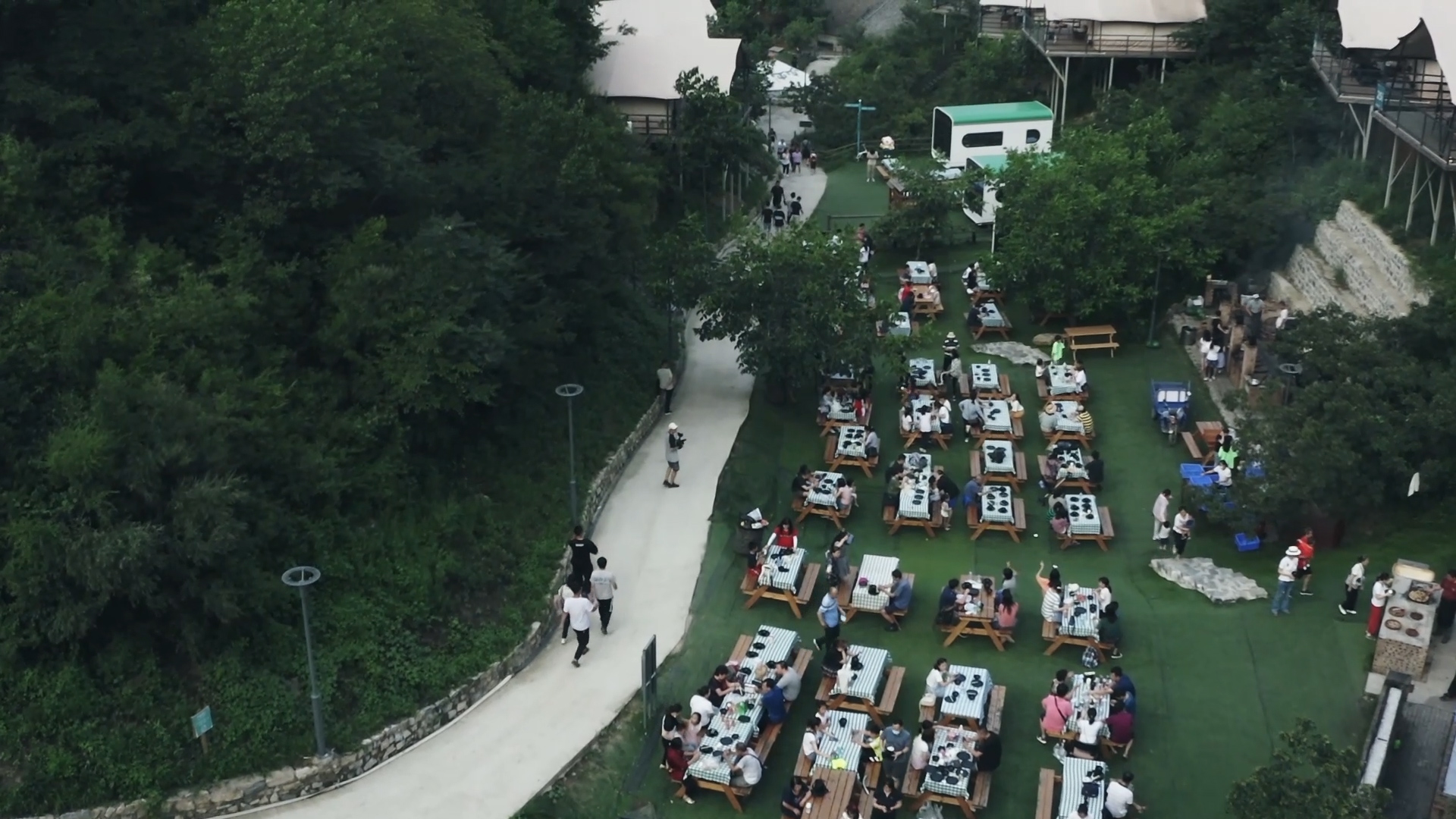 ShanliLohas has gathered together some 533 hectares of land for urban residents to "adopt" as their country enclave for their families. What members pay for is not merely the guesthouse or homestay, it's the Lohas lifestyle.

Young people also make a big contribution to ShanliLohas. Drawn by the eco-friendly lifestyle, they can give full play to their imagination and creativity, as they come up with ideas for a sustainable development program to enhance ShanliLohas' eco-system.

The possibilities are endless in this enchanted place. Every year, over 1,500 city residents join in the building of Lohas as members. What's unique about Ganyugou is that it does not confine itself to the mountains, but is open to everyone willing to be co-builders of the Lohas economy.

What's more, it has become an inspiration, branching out to many parts of the world. Other fine examples of the Ganyugou model include developments in Kyoto, Japan, and Sepang Gold Coast in Malaysia. In each location, the brand caters to local requirements such as holidays and interests. Building and sharing it together makes the "good old times" a living asset.

The transformation has not only improved the lives of the villagers, but also brought them security and hope for the future. Instead of leaving their village, they've taken part in the building and development of their homes and community.

"Breaking the cultural cycle of poverty" is a challenge in rural poverty alleviation in developing countries. Preserving cultural identity while reviving rural villages is essential. The innovative development of Ganyugou has made numerous contributions – reviving the village, expanding and strengthening the Lohas community, and sharing global links rooted in culture. The harmonious co-prosperity of the government, villagers and investors is the key to the success of this model.