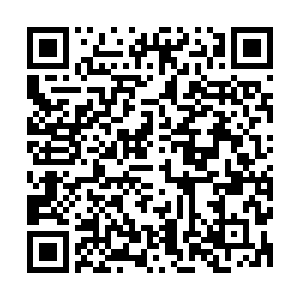 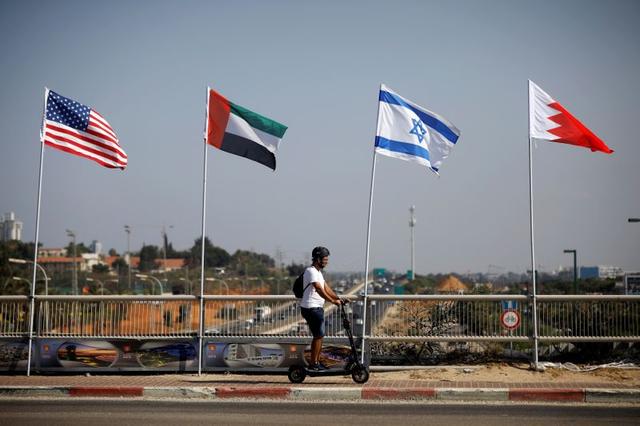 The flags of the United Arab Emirates, Israel and Bahrain flutter along a road in Netanya, Israel, September 14, 2020. /Reuters

The flags of the United Arab Emirates, Israel and Bahrain flutter along a road in Netanya, Israel, September 14, 2020. /Reuters

Israel and Bahrain will officially establish diplomatic relations on Sunday at a ceremony in Manama after the two states reached a U.S.-brokered normalization deal last month.

Israel is due to send delegates to Bahrain on Sunday to formalize nascent relations and broaden Gulf cooperation that Washington has promoted as an anti-Iran bulwark and potential economic bonanza.

Bahrain followed the United Arab Emirates in agreeing last month to normalize ties with Israel, stunning Palestinians who had demanded statehood before any such regional rapprochement.

"From tomorrow, there will be full diplomatic relations between Israel and Bahrain after the joint declaration," an Israeli official told the Jerusalem Post.

The United Arab Emirates and Bahrain became the third and fourth Arab states to agree to normalize ties with Israel, following Egypt's peace deal with Israel in 1979 and a 1994 pact with Jordan.

The breakthrough, overseen by U.S. President Donald Trump, is a foreign policy flourish ahead of his reelection bid next month. For the U.S. allies, it is a chance to close ranks more overtly on Iran.

An official involved in the visit said Israel and Bahrain would sign a communique upgrading their relationship: from the declaration of intent delivered at a White House ceremony on September 15 to a formal establishment of ties.

The delegates travel to Manama on El Al flight 973, a nod to Bahrain's telephone code. The Israeli airliner will overfly Saudi Arabia, an accommodation by the Gulf powerhouse that has so far resisted U.S. appeals to normalize ties with Israel.

Mnuchin and another senior Trump aide, Middle East envoy Avi Berkowitz, will continue on Monday to UAE, whose accord with Israel has uncorked bilateral commerce. On Tuesday, the U.S. dignitaries will accompany the UAE's first delegation to Israel.

Though less oil-rich than UAE, Bahrain – host to the U.S. Navy's Fifth Fleet – has geo-strategic significance.

The Israel deal drew anger among Bahrainis at home and abroad. Manama has said the deal protects its interests from Iran.

A September 13 report by Israel's Intelligence Ministry saw potential for defense cooperation with Bahrain, describing it as threatened by "Shiite political sedition, directed by Iran and its proxies."