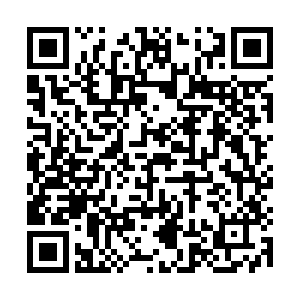 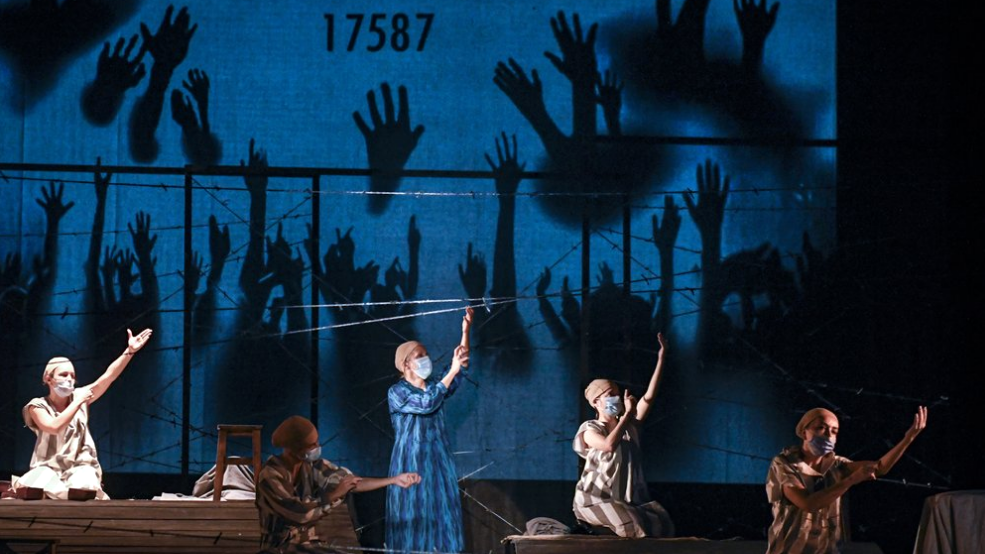 The latest premiere at the Jewish State Theater in the Romanian capital, Bucharest, explores the horrors of the Holocaust via a survivor's memories of the Auschwitz and Plaszow concentration camps.

Friday's debut of "The Beautiful Days of My Youth" by Romanian Jewish Holocaust survivor Ana Novac follows the National Holocaust Remembrance Day commemorations on October 9, the day when deportations of Romania's Jews and Roma began in 1941.

Some 280,000 Jews and 11,000 Roma were deported and killed under Romania's pro-Nazi regime during World War II.

The play premiered online and in front of spectators who took up less than a third of the seats because of measures meant to slow the coronavirus pandemic in the eastern European nation. 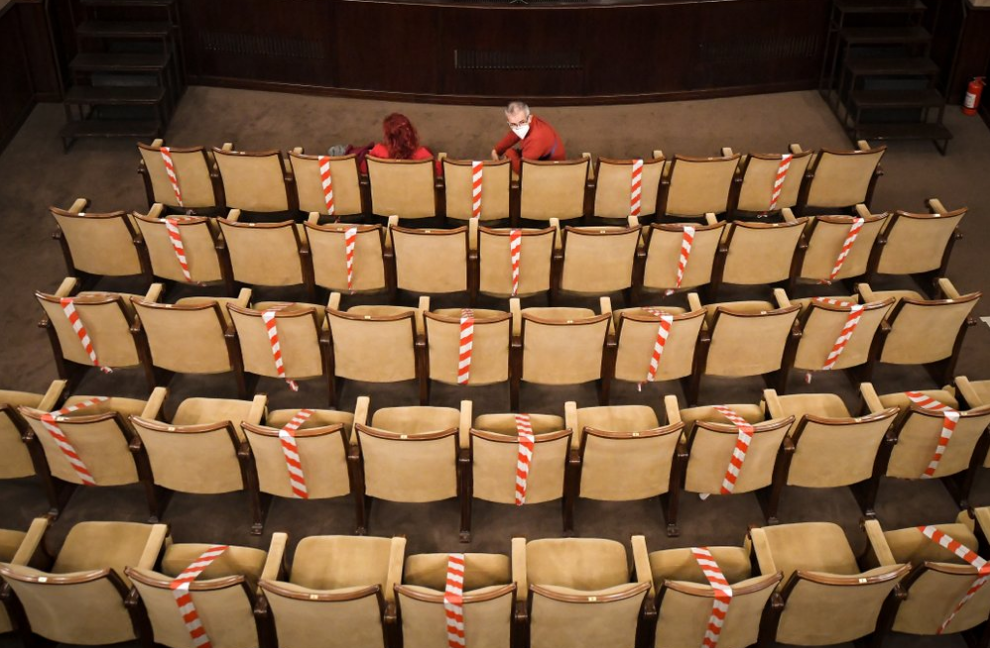 Spectators wearing face masks for protection against COVID-19 take their seats at the Jewish State Theater in Bucharest before the premiere of the "The Beautiful Days of My Youth." /AP

Spectators wearing face masks for protection against COVID-19 take their seats at the Jewish State Theater in Bucharest before the premiere of the "The Beautiful Days of My Youth." /AP

Maia Morgenstern, head of the Jewish State Theater and a Romanian Jewish actress best known for playing Mary in Mel Gibson's controversial 2004 movie "The Passion of the Christ," described the play's staging as an "all-female project." The director is a woman, Liana Ceterchi.

"Each one of us is a facet of Ana Novac's soul and memory," Morgenstern said.

The play's author, born Zimra Harsanyi, hails from Romania's northern Transylvania region. She was deported at age 14. The diary she kept inside a Nazi concentration camp was first published in Hungary in 1966 and later translated into several languages, but it only hit bookshelves in her home country in 2004.

Many liken Novac's work to that of Anne Frank, author of the "The Diary of a Young Girl," which documented her life in hiding in the Nazi-occupied Netherlands before she was deported to concentration camps.

"We are bearers of scars from wounds that are not directly ours, but still we carry these scars," Morgenstern said. She stressed the importance of evoking events through theatrical performance "in order to understand the ghosts of a painful past, the memories of terrible events that have split the world into executioners and victims."

Actresses wear the striped outfits of concentration camps against a backdrop of images depicting camp entrances, gas chambers and empty sleeping quarters. Photographs and names of Holocaust victims scroll in a video over the stage and performers. The performers also hold human bones and a skull during monologues.

The pandemic has had a severe impact on Romania's artistic community, triggering the closure of theaters during the lockdown. Later, theaters were allowed to hold performances only outdoors, then indoors with a limited number of spectators.

"These are existential and also moral questions. What to do to protect life, not to be a threat but at the same time continue our existence and activity and maintain our status as artists?" Morgenstern said.

(Cover image: Actresses of the Jewish State Theater in Bucharest, wearing face masks for protection against COVID-19, perform during rehearsals for the premiere of "The Beautiful Days of My Youth," based on the diary of Romanian Jewish Holocaust survivor Ana Novac. /AP)