Sidelines: Nobel-winning auction theory: When winning is a curse
CGTN 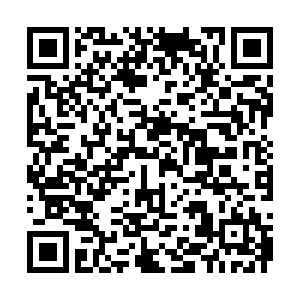 The "auctioneers" were a pair of stand-up comedians. On the Spring Festival Gala stage, the most watched TV extravaganza in China, they filled their 10-minute slot with a pretend auction. One of the fictional items on sale was the gray hair of the men's national football team's first foreign coach, Klaus Schlappner, who became a national hero after leading the team to the third ranking in the AFC Asian Cup the year before.

The thousand-year-old concept of auction is powerful in coordinating market participants and setting prices, albeit simple, to which its rapidly growing popularity in China is a footnote. Following China's economic open-uping in 1980s, the first auction house opened its door in Guangzhou in 1986. Merely seven years later, people were no longer shocked by the idea of selling a celebrity's silver hair. During the first half of 2020 the industry had realized transactions of more than 200 billion yuan (about $30 billion) in China.

The market format's significance was proven again this year with another Nobel Prize seal. Two American economists, Paul Milgrom and Robert Wilson, won the 2020 Nobel Prize in Economic Science for their development as well as real-life application of ground-breaking auction theories.

One of their most crucial contributions is theorizing the complicated strategy calculations of bidders in relation to the "winner's curse" – the highest bidder ends up overpaying for the good or service auctioned. Likely buyers in an auction are well aware of the woe. In order to avoid the fate, they will bid at a price far lower than their own evaluation or simply opt out a potentially profitable investment opportunity, also at the seller's cost.

Three factors play remarkable roles in a bidder's effort to divert from the "winner's curse." First, format matters. In the fictional auction of the celebrity coach's hair, for example, the format was the most common "English auction" where bidders quote a higher price to win, as opposed to a"Dutch auction" which features downward pricing by the auctioneer until a willing buyer is found. The ways of evaluation vary, too. Zealous fans base their bids for a beloved celebrity's items based on private, often emotional value, whereas investors of auctioned treasury bonds or land do the math purely in money terms that's common to all. Finally, the information gap between different bidders can drive the prices down. A bidder who is alarmed by their information disadvantage in an auction is inclined to tighten their purse strings.

Cutting through the three entangled factors by means of game theory, the pair of academics pinpoint the information flow as the key to secure the strategic equilibria that benefit all the parties in an auction.

"An auction format provides higher revenue the stronger the link between the bids and the bidders' private information," said the Royal Swedish Academy of Sciences' review of the economic discovery.

This principle is also reflected in the two laureates' design for the U.S.' Federal Communications Commission to sell telecom operators radio frequencies. The goods were financially meaningless if sold individually, which only gave a boon to resale market that's out of the federal government revenue's reach. The new auction format is called Simultaneous Multiple Round Auction (SMAR), whereby radio frequency bands in different geographic areas are bundled together and put on sale simultaneously. Starting with low prices, the SMAR allows repeated bids, reducing the uncertainty and the winner's curse.

Government practices must be informed by economic discoveries, together with the 2020 Nobel Prize in economics this message is sent out loud and clear. The findings around the winner's curse and how bidders respond to it suggests that a format as simple as an auction could deviate from its purpose as a result of a human agent's unpredictable behavior, let along more complicated policy designs.

School tests are a case in point. Grades are for evaluating students' academic performance and informing them on where to improve. But getting higher grades quickly inevitably morphs into a purpose in its own right when it's linked to qualifications or selections for higher education. Designing a test that can serve the multiple ends of education is a science.

The simple design of an auction can effect a transaction of tens of thousands dollars for a cluster of hair (auctioning a celebrity's hair actually happened in 2009 when a pile of Elvis Presley's hair was sold for $18,000). The power unleashed by an effective social framework to energize society doesn't need further proof. But if it is also capable of bringing a curse, we might be as well careful.