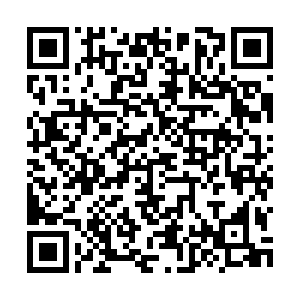 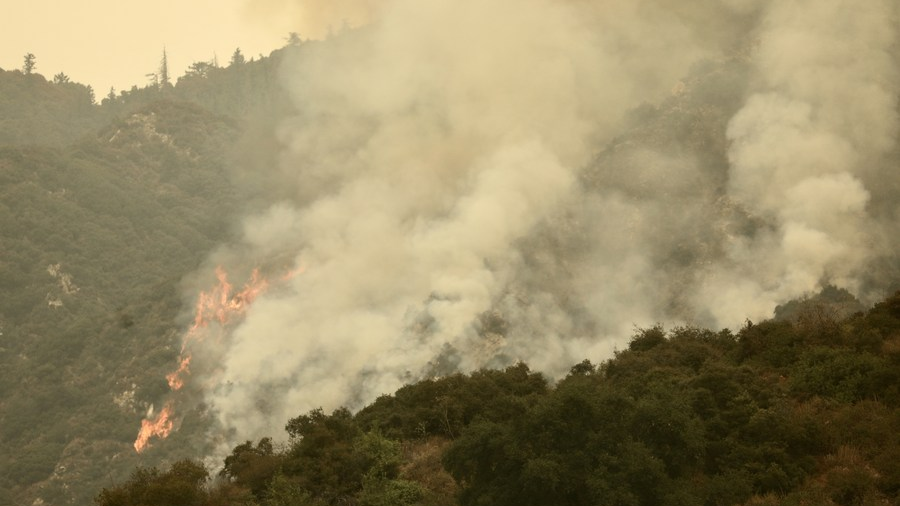 Four million acres have been burned this year by wildfires and leaving behind a trail of death of 30 people and incinerated hundreds of homes in what is already the worst fire season on record in California, U.S.. /Xinhua

Four million acres have been burned this year by wildfires and leaving behind a trail of death of 30 people and incinerated hundreds of homes in what is already the worst fire season on record in California, U.S.. /Xinhua

Guardian journalist John Mitchell's book, "Poisoning The Pacific," relies on over 12,000 documents procured from Freedom Of Information Act requests to prove that the U.S. has literally been poisoning the Pacific for decades. According to his findings, chemical, radioactive, and other dangerous substances have been stored and dumped in and around various islands such as the Marshall Islands' Runit Island, the U.S. island territory of Guam, and Japan's Okinawa. The consequences have been devastating for the locals and their surrounding environment. Mitchell's work also unintentionally exposes the U.S. environmental double standards.

He said in an interview that one of the reasons why he wrote his book was to help veterans receive compensation for the injustices that were done to them after the U.S. military forced them to unsafely handle these dangerous substances for years. Nevertheless, what "Poisoning The Pacific" also proves is that the U.S. was never truly sincere in its calls for other countries to clean up their environmental act. The same time that it was pressuring China to improve its environmental safeguards, the U.S. was still poisoning the Pacific and even disregarding the leakage of the radioactive materials that it stored in places like Runit Island.

The question naturally arises as to why the U.S. would want China to do one thing like America itself does another. It can't be known for sure, but a working hypothesis is that its public policy is driven by strategic motives. Taking environmental precautions isn't just the ethical thing to do, but also the responsible one in order to ensure that future generations aren't harmed by what the current one is doing. That said, the U.S. isn't sincere in doing what it demands of others otherwise it would lead by example in cleaning up all the poisons that it stored and dumped in the Pacific over the decades and provide compensation to those who it harmed.

Pressuring China on general environmental issues might be a ploy to compel the country that America officially regards as one of its competitors to unilaterally implement expensive technologies and certain safeguards that might slow its astronomical economic growth. Examples of such pressure include U.S. President Trump repeatedly accusing China of being one of the world's worst polluters (as recently as last week) and claiming that environmental activists in his country employ double standards by not calling it out as such. He also previously claimed that the Paris Accords that he withdrew from were unfairly biased in support of China. 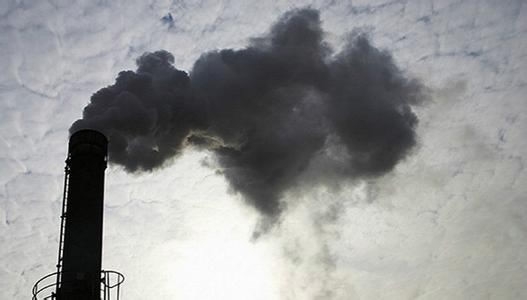 China has held over 4,660 officials accountable for their poor environmental protection work after the latest round of inspections / Sohu Picture

China has held over 4,660 officials accountable for their poor environmental protection work after the latest round of inspections / Sohu Picture

Without the U.S. doing what it wants China to do like it's supposed to if it was serious about its publicly expressed environmental commitments, America stands a greater chance of closing the economic gap between the two, or so the thinking goes. Therefore, it seems like the U.S. only wants China to improve its environmental policies for strategic reasons, not due to any sincere concern for the environment. What's interesting, though, is that China is already doing just that but the U.S. hasn't yet succeeded in closing the economic gap. Last month, for example, Chinese President Xi Jinping called for a "green recovery" while participating in UN functions.

In fact, the gap between the world's two largest economies is actually expected to widen across the next decade according to Bloomberg's latest analysis of IMF data. This means that China is pioneering novel solutions which reduce its damage to the environment while not inhibiting economic growth. It might eventually share these same solutions with its partners upon this technology's future perfection per President Xi's proposed "green recovery" plan. This could greatly improve the world in which everyone lives if China's plan succeeds, especially in the event that the U.S. decides to follow China's lead in this respect.

For the time being, however, the U.S. is more interested in only selectively applying the same environmental standards that it demands that China uphold while continuing to poison the Pacific and wantonly committing other egregious acts of environmental devastation. America seems to believe that relying on outdated information warfare narratives alleging that China isn't concerned about the environment will make the U.S. look better by false comparison while distracting the world from its own environmental problems and documented refusal to fix them in any meaningful way as proven by Mitchell's book.

Critics can therefore assert that the U.S. environmental double standards are driven by strategic motives. If they weren't, then America would lead by example and show the world that it's serious about fixing the damage that it's done to the Pacific for example. It also wouldn't lecture China about upholding the same environmental standards that the U.S. itself only selectively applies. It's a pity that environmental issues haven't just become politicized, but are even exploited nowadays as part of the U.S. strategic warfare against China whose economic growth it wants to inhibit through these means no matter how unsuccessful they've thus far been as explained.