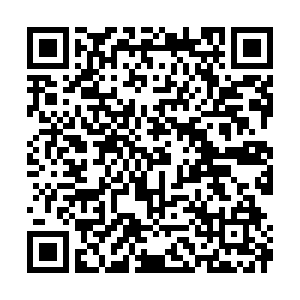 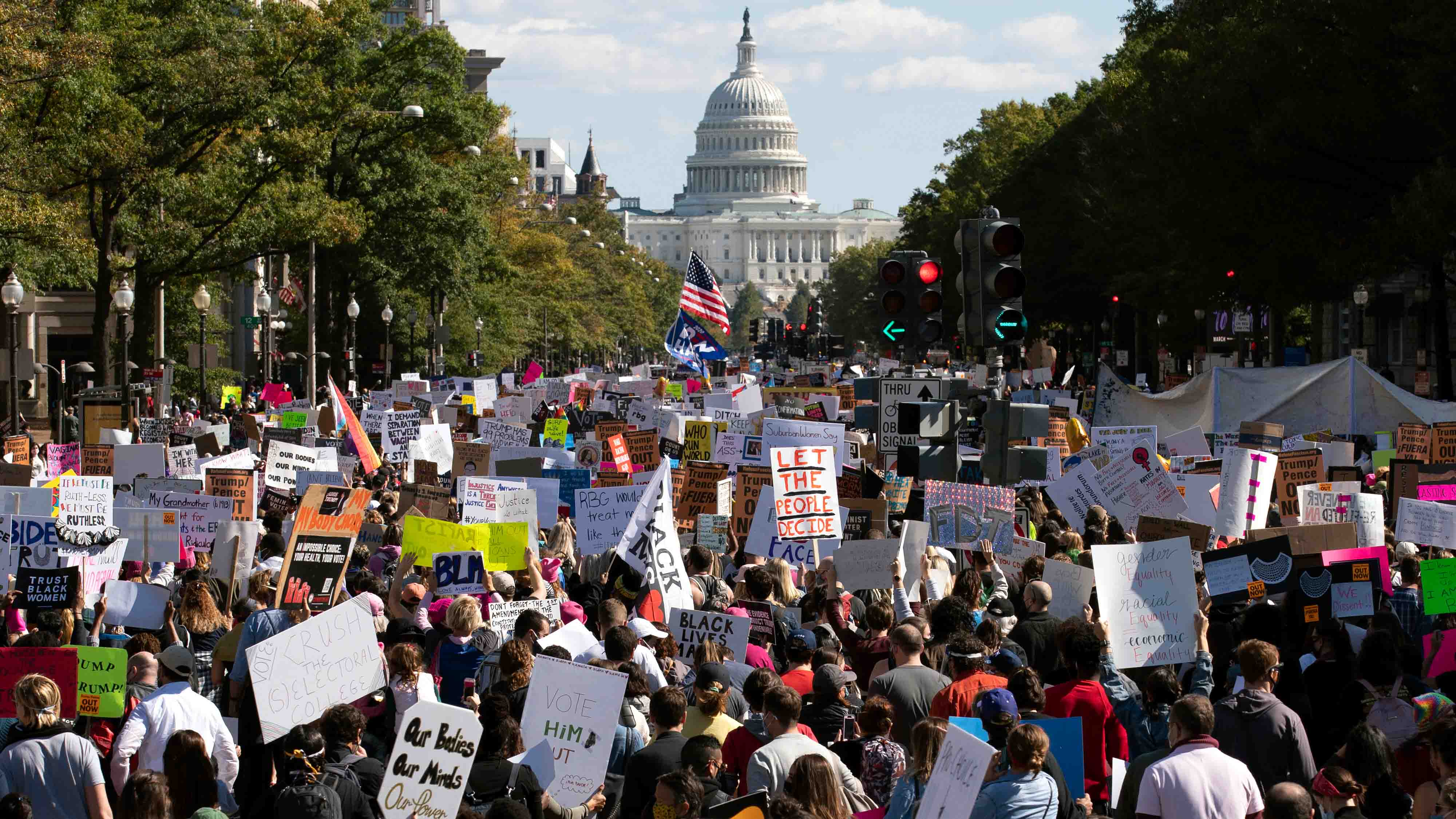 Thousands took to the streets across the United States for women's marches on Saturday, many wearing pink protest hats while issuing fervent calls against President Donald Trump and his conservative Supreme Court pick.

The rallies ahead of the November 3 election were inspired by the first Women's March in Washington, a huge anti-Trump rally held a day after his 2017 inauguration.

Rachel O'Leary Carmona, executive director of the Women's March, talked about the power of women to end Trump's presidency on the rally.

"His presidency began with women marching and now it's going to end with woman voting. Period," she said.

"Vote for your daughter's future," read one message in the sea of signs carried by demonstrators. "Fight like a girl," said another.

In the midst of the COVID-19 pandemic, the demonstrations were considerably smaller, though protesters still turned out in cities across the country, according to organizers.

More than 100,000 people took part in some 430 marches in locations from New York to Los Angeles and Chicago to Fort Lauderdale, Florida, organizers said.

Barrett has made no secret of her strong Catholic beliefs, raising concerns that a Supreme Court dominated by conservatives could overturn abortion rights if she is confirmed by the Senate.

Trump and his fellow Republicans are seeking to fast-track her nomination before the election, a process that began this week and which has drawn sharp controversy.

The protest route in Washington started near the White House before heading to the U.S. Capitol and the Supreme Court building, where a smaller "I'm With Her" counterprotest – in Barrett's favor – was held. 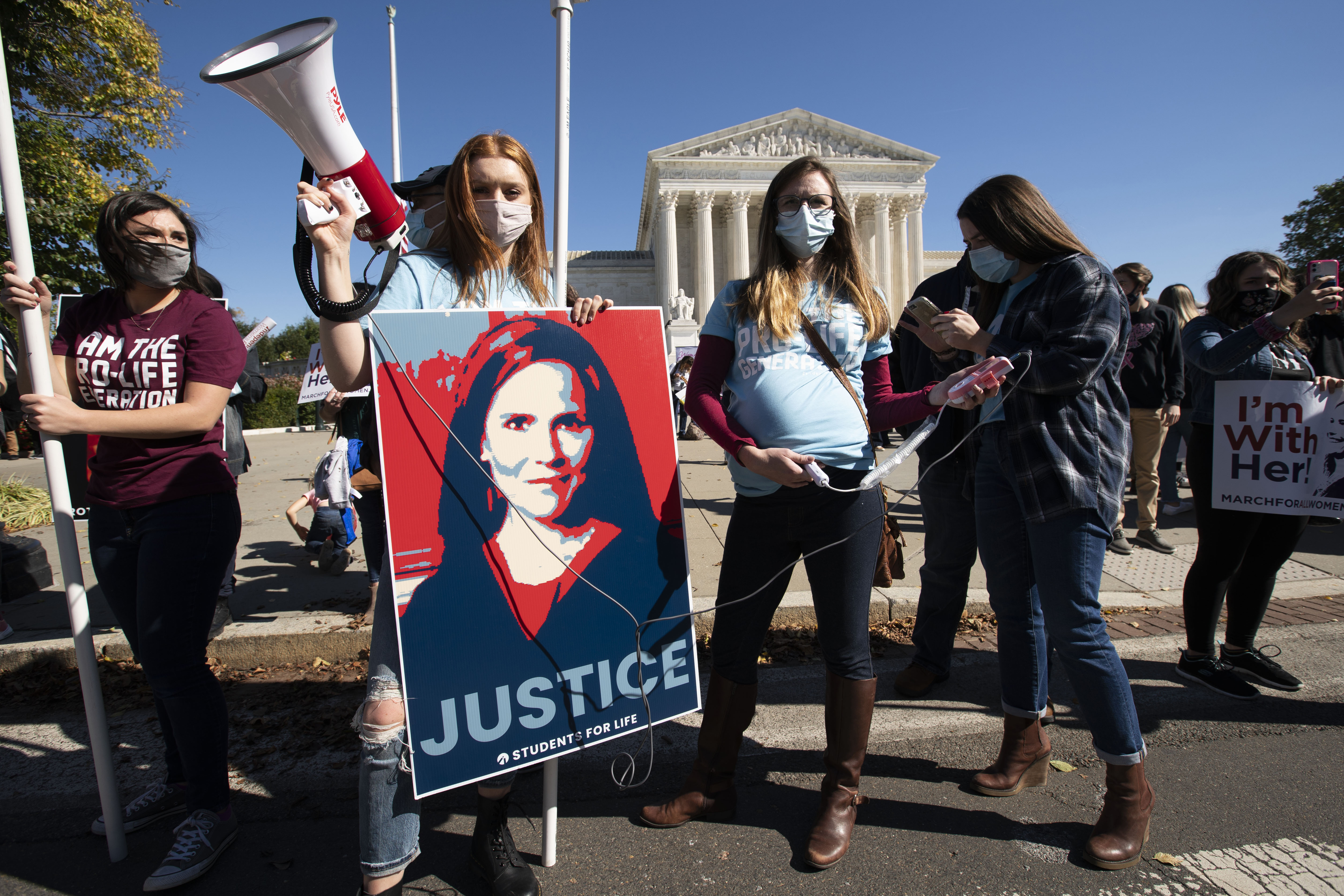 Most marchers in Washington wore face masks to stem the spread of COVID-19, with some dressed as Ginsburg in black robes with white lace collars, and many wore the knitted pink hats made famous by the original march.

A number of protesters dressed in red robes and white bonnets, portraying characters forced to bear children in the dystopian novel and television series "The Handmaid's Tale."

Signs and banners underscored the broader anti-Trump message: "Trump/Pence: Out Now," read one, while others simply said, "Dump Trump."

In New York, around 300 people gathered at Manhattan's Washington Square, many with pink hats and signs supporting Trump's Democratic opponent Joe Biden or honoring Ginsburg. It was one of five separate marches in the city.

"It's really important to be here and try to encourage people to vote out Trump and his misogynistic policies, especially now, with COVID, when a lot of people are isolated," said Yvonne Shackleton, a 47-year-old working mother from near Albany, about a three-hour drive from New York City.

A similar number of people gathered in Brooklyn, Ginsburg's hometown, with one protester's sign reading: "Ruth Sent Us."

"I'm out here because it's so important that people vote and I'm telling people to vote blue for Biden and (running mate Kamala) Harris because Trump has been a disaster for our country," said Wendy Sacks, a 67-year-old vintage jewelry seller.

Mask-wearing protesters marched in Chicago with the same message, banging drums and chanting for Trump's defeat.

Next month's presidential contest was also the focus of a separate New York protest Saturday in which hundreds of demonstrators protested the killings of Black people by police officers.

Among those protesting was Tamika Palmer, the mother of Breonna Taylor, a Black medical worker killed by officers in March during a raid at her home in Louisville, Kentucky.

A grand jury decided last month not to charge any of the police officers involved with her death; instead, one officer was charged with shooting into a neighboring home.

"People need to get out and vote," Palmer told those at the event. "Protesting is good but if we don't take it to the polls we're really not going to make the change we want and need."