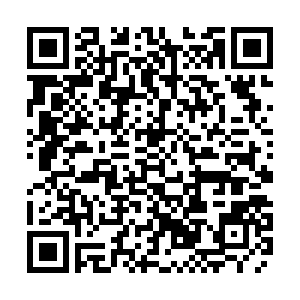 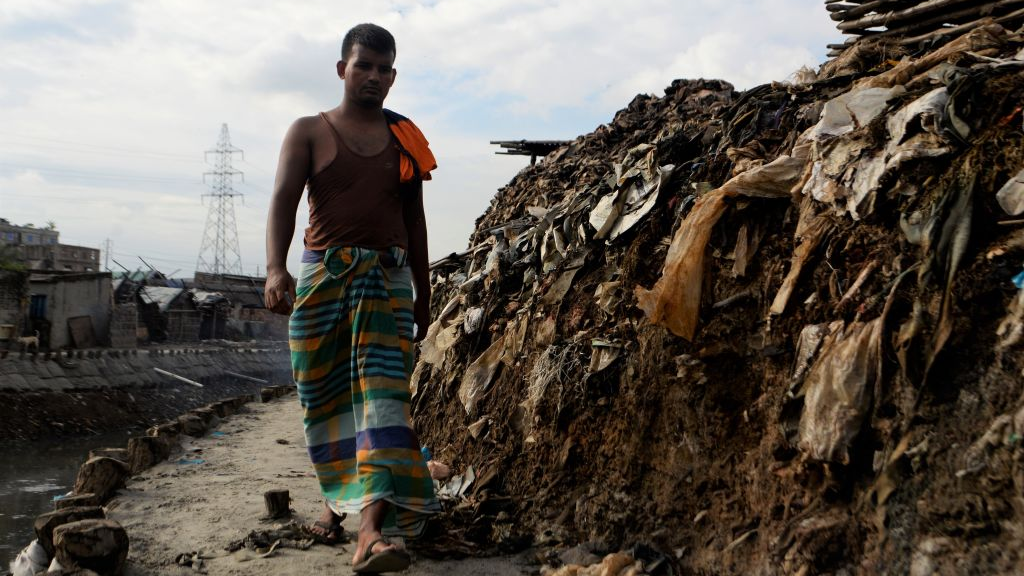 Editor's note: Alexander Ayertey Odonkor is an economic consultant, chartered financial analyst and a chartered economist with a focus on the economic landscape of countries in Asia and Africa. The article reflects the author's opinions, and not necessarily the views of CGTN.

Data from the World Bank suggest that as the economy of South Asia continues to grow, an increase in productivity is linked with a growing population in towns and cities.

The growth in population, particularly in towns and cities, has a tremendous impact on waste produced within a specified time frame. Urbanization in South Asia provides countries in the region with the potential to stimulate economic growth.

From 2001 to 2011, the urban population in South Asia grew by 130 million; this proportion of growth is more than the entire population of Japan. The region's population is estimated to grow by close to 250 million by 2030.

While urbanization has shown to foster growth in the manufacturing and service sector, which currently accounts for more than 80 percent of the region's GDP, lack of basic urban services such as housing and inadequate sanitation which has led to an upswing in pollution is constraining the potential of the growing urban population.

Currently, there are 130 million people across countries in South Asia who live in informal settlements; this population is more than the total population of Mexico.

According to the World Bank, 2.5 billion people in the world lack access to adequate sanitation which is causing diseases and deaths. This condition is prevalent in South Asia where 500,000 children die every year from diarrheal diseases as a result of poor sanitation.

Addressing poor sanitation costs Bangladesh, Pakistan and India a total of more than $50 billion annually. Ranked third in the world, South Asia produces 334 million metric tons of solid waste per year. With a large percentage of the waste being plastic, about 70 percent to 80 percent of this waste ends up in the sea every year.

Discharging waste of such enormity into the sea poses a great danger to the environment; a perilous condition that could be rectified through sustainable waste management practices.

However, data on the volume of waste available that could be instrumental in providing sustainable solution to this deplorable condition is mostly inadequate and unreliable.

In collecting complete data on waste, factors such as economic, social and demographic dynamics which are significant in determining the intricacies and quantity of waste generated within a specified period should be considered.

At the national level, this relevant data pattern will inform the decision to reduce, reuse and recycle waste to stimulate economic value, improve resource security and mitigate the environmental risk on the ecosystem.

As a water-stressed, food-deficient and energy-poor region, the growth in population, climate change and urbanization is increasing the risks associated with inappropriate waste management in South Asia. 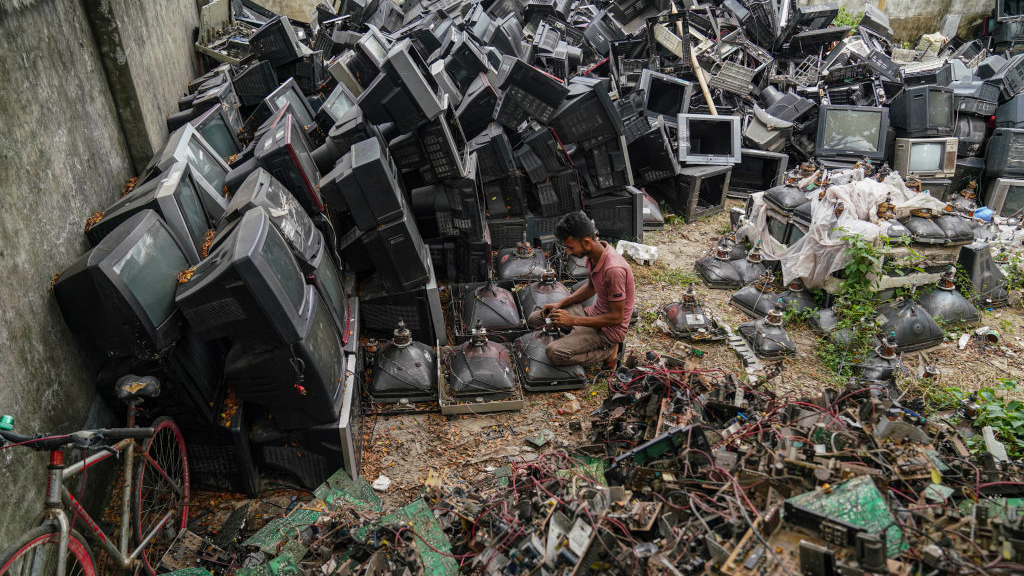 A man is seen working at a TV recycling scrap yard in Dhaka, Bangladesh. /Getty Images

A man is seen working at a TV recycling scrap yard in Dhaka, Bangladesh. /Getty Images

This egregious situation together with the depletion of scarce resources can be minimized by drawing lessons from countries on the continent that are making noteworthy efforts in managing waste efficiently. Viable and innovative waste management practices like waste-to-energy could be emulated by countries in South Asia.

For instance, China has the largest installed Energy from Waste (EfW) capacity in the world; in 2017, 339 plants produced 7.3 gigawatts of energy, largely from waste incineration.

China's energy from waste capacity has increased by an average of one gigawatt per year in the last five years, representing the largest percentage of bioenergy which accounts for close to 40 percent of national production.

With a previous limit of managing a maximum of 100 metric tons of solid waste per year, generation of energy from waste in 2020 is expected to increase to 10 gigawatts with the addition of 261 plants.

In South Asia, where waste is mostly discharged into the sea and landfill sites, the aforementioned is detrimental to the health of people in the area as pollutants in the waste leach into the soil, contaminating the soil and water bodies; making ineffective waste management extremely costly.

Governments and development partners in South Asia could invest in gasification and other waste-to-energy infrastructure at regional and district levels, focusing distinctively on collecting adequate data on available waste.

Developing effective waste sorting infrastructure will facilitate the separation of organic materials, metal recyclables, plastic and other materials. This could improve the quality of data on waste; alleviate the mixture of different categories of waste that may hamper waste-to-energy incineration.

Through effective implementation of policies that reflect these elucidated directives thoroughly, recyclable materials could be selected for recycling, waste water can be treated and reused and waste-to-energy incineration can be carried-out efficiently.

The collective implementation of these measures will provide a sustainable solution to managing waste in South Asia.