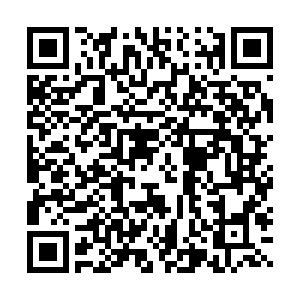 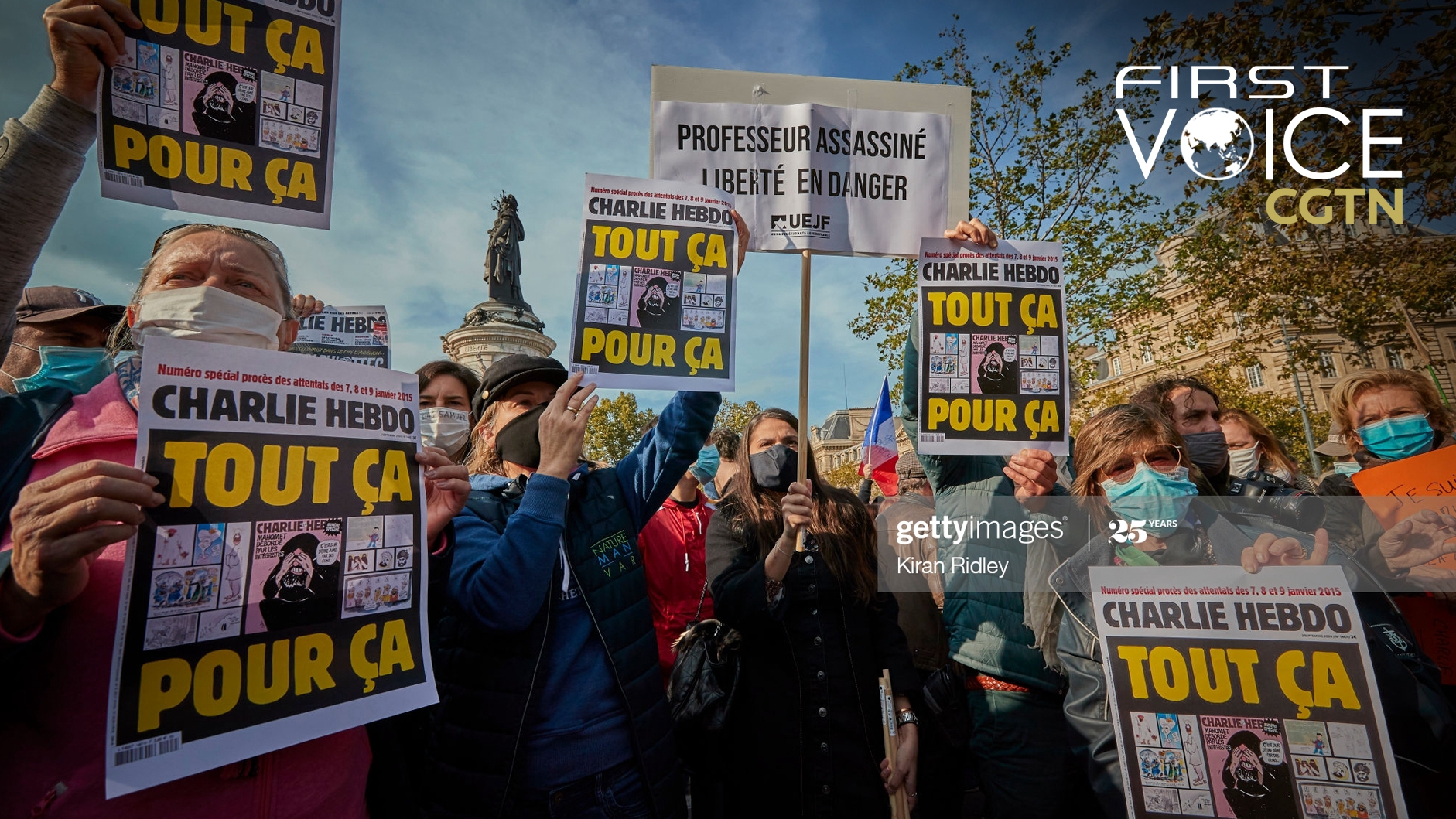 Protesters hold copies of the satirical newspaper Charlie Hebdo which read "all that for this" during an anti-terrorism vigil at Place de La Republique for the murdered school teacher Samuel Paty who was killed in a terrorist attack in the suburbs of Paris on October 18, 2020, in Paris, France. /Getty Images

Protesters hold copies of the satirical newspaper Charlie Hebdo which read "all that for this" during an anti-terrorism vigil at Place de La Republique for the murdered school teacher Samuel Paty who was killed in a terrorist attack in the suburbs of Paris on October 18, 2020, in Paris, France. /Getty Images

Last week Paris was struck by a shocking incident, whereby a 47-year-old history teacher was beheaded in what President Emmanuel Macron described as an "Islamist terrorist attack." The victim had shown cartoons of the Muslim Prophet Muhammad during class, which came as a trial proceeds over the 2015 Charlie Hebdo killings, where the satirical magazine was attacked by gunmen over the same issue. After having identified and killed the teacher, the attacker was shot dead by police. He was later confirmed to have links to ISIL through his family.

These cases, however, are not isolated incidents. They are part of a broader spree of terrorist activities which have plagued the country in recent years. There is no denial that France has a very clear problem amongst its Muslim minority of radicalization, and that efforts to integrate this entire group by the state are not yielding results. Other Western countries face similar challenges. However, these same nations are the ones which point fingers at China's de-radicalization programs operating in Xinjiang Uygur Autonomous Region and false allegations of genocide.

That isn't what is going on. The reason why China is no longer suffering situations like in France is because action is being taken to prevent radicalization and uphold stability and national harmony. This does not amount to an attempt to erase the Islamic faith or any cultural group, but to uphold a secular society and to prevent subversion of the state. This is of course exactly what the French seek to achieve, even if the methods are different. Those preaching over Xinjiang would rather the region exist in a state of violence and chaos than be stable and prosperous, simply to prove a point.

Critics of China's de-radicalization efforts like to ignore the history behind them. Beijing has long faced a dilemma in how to successfully harmonize relations between the Uygur and Han populations and prevent ethno-religious conflict. Separatism isn't a serious answer. In recent years this has been a problem. In 2009 there were violent riots in Urumqi, in 2014 there was a mass stabbing attack in Kunming Station, in 2012, Tianjin Airlines Flight 7554 was hijacked by Uygur extremists. Rather than painting a one-sided binary narrative of "oppression," one must ask how can incidents like these in China, which pose a threat to the safety of everyone, be allowed to continue? 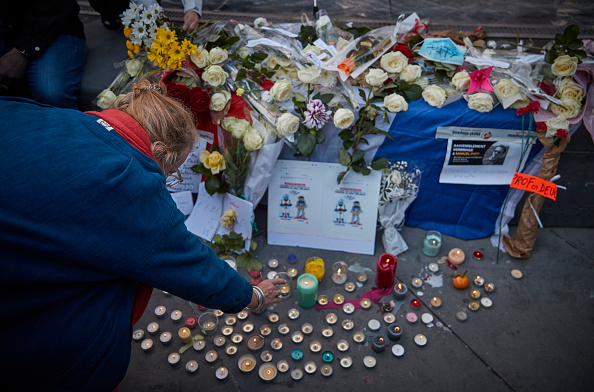 A woman lights a candle for the murdered school teacher Samuel Paty during an anti-terrorism vigil at Place de La Republique on October 18, 2020, in Paris, France. /Getty Images

A woman lights a candle for the murdered school teacher Samuel Paty during an anti-terrorism vigil at Place de La Republique on October 18, 2020, in Paris, France. /Getty Images

This background has led to measures being taken which aim to curb dangerous sectarian and identity politics in Xinjiang Uygur Autonomous Region. Contrary to Western propaganda, the aim is not to "remove" Islam but rather moderate the brand of Islam which is practiced. There is no doubt that Islam plays a significant role in China's history, and it will always be present in the country. The Hui people for one have been a part of the Chinese nation for a long time.

However, interpretations of Islam such as Wahabism and Salafism, which have twisted the faith into a violent political ideology, are dangerous and a threat to national and public security. These are the same teachings which have created violent terrorist attacks not only in Britain, but multiple European countries including Belgium, Britain and Germany to name a few.

Instead, the goal of the authorities is to ensure that Islam in China exists in harmony with the state and society as a whole, and that a separate "Islamist" identity which seeks to subvert the state and influence dangerous activities is not allowed to emerge. The de-radicalization model of China is unique, but it is not what the West claims it to be.

Countries in the Muslim world continue to support these efforts in large numbers at the United Nations, and there is not yet a single Islamic nation which has sided with the West. Why? Because even though these countries have their faith, countries such as Pakistan, the United Arab Emirates, Saudi Arabia, Egypt and Morocco all understand that radical ideologies and separatism are threats to their national sovereignty too. It is not a zero-sum game of "China against Islam" as the West wants it to be.

The events in Paris show that the West shouldn't criticize China on counterterrorism. To allow members of their minority communities to be susceptible to radicalization and harm others is itself a challenge to the human rights of society. China's experience is not about oppression or control but a necessary countermeasure to a long history of instability. The Uygurs will always be an official minority group of China and those who claim otherwise are pushing a political agenda. The goal is to integrate and harmonize, and surely that is better than endless terrorist attacks and threats to public safety.