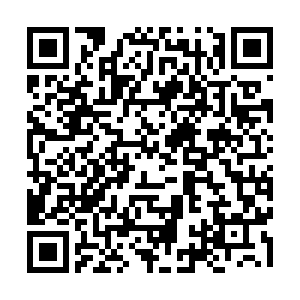 Israel and the United Arab Emirates agreed Monday to reciprocal visa-free travel, making Emirati citizens the first in the Arab world to be exempted from Israeli entry permits.

The deal was signed after the first-ever official delegation from the UAE landed in Israel for a day of talks following an agreement to normalize ties signed at the White House last month.

Wearing a mask, Israeli Prime Minister Benjamin Netanyahu greeted the UAE delegation at Ben Gurion Airport near Tel Aviv. He described the visit as "a glorious day for peace."

"Today, we are making history in a way that will stand for generations," the right-wing premier said of the Israeli-UAE accord, which has been angrily denounced by the Palestinians.

The two states signed four agreements on Monday, including one "exempting our nationals from visas," Netanyahu announced, arguing that free movement of people would offer benefits to the Israeli and Emirati economies.

Wasel Abu Youssef, a member of the Executive Committee of the Palestine Liberation Organization, described Tuesday's UAE visit as "shameful." Speaking in Ramallah, in the Israel-occupied West Bank, he said it came amid Israeli settlement expansion in the West Bank.

"The bilateral agreements that were announced today and the delegations that come and go, all of that offers the occupation a strength to escalate its aggression and its crimes against the Palestinian people and increases its intransigence and arrogance," he said.

In Gaza, Hazem Qassem, a spokesman for the Islamist group Hamas, said, "Such a visit will only encourage the occupation to pursue the gradual annexation of West Bank lands."

The five-hour visit would be restricted to the airport near Tel Aviv due to coronavirus concerns, Israeli organizers said.

(With input from agencies; Cover: CFP)