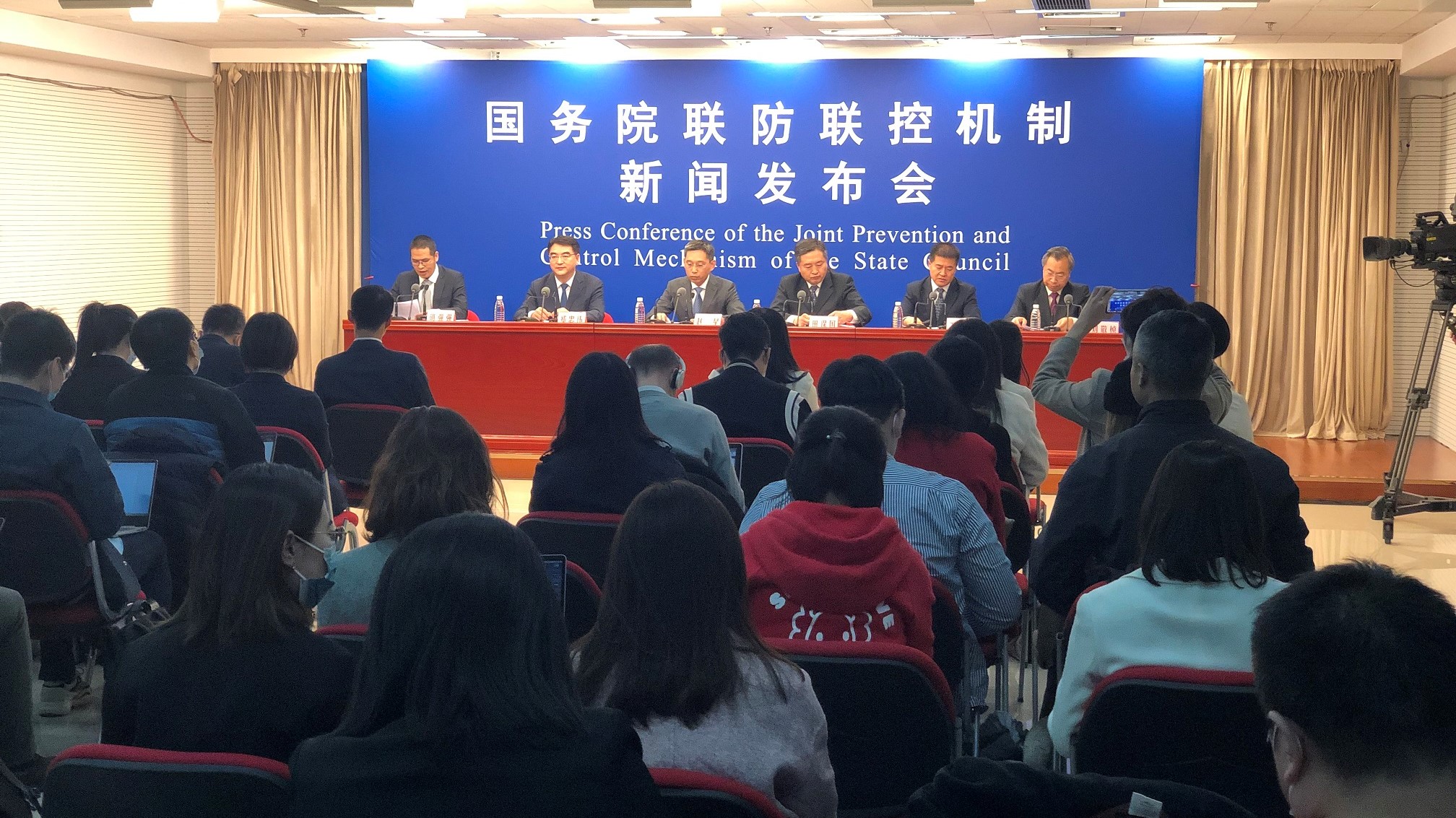 Nearly 60,000 people have been injected with China's COVID-19 vaccines so far and no one has reported severe adverse reactions, a Chinese official told a press conference on Tuesday.

Tian Baoguo, an official from the Ministry of Science and Technology, told reporters that China is leading vaccine development with a total of 13 vaccines in clinical trials.

Among them, four adenovirus vector and inactivated vaccine candidates have entered phase III trials with volunteers spread across ten countries.

"In the earlier stages of clinical trials in China, we identified some mild adverse reactions, including pain and swelling at the site of the injection and a transient fever," Tian told reporters. "Now as the trials have entered the third phase, basically, we've monitored mild side effects, and no serious adverse reactions have been reported."

China is expected to produce up to 610 million doses of COVID-19 vaccines by the end of this year, Zheng Zhongwei, head of China's coronavirus vaccine development task force said at the press briefing, adding that the capacity will be further expanded next year to meet the huge demand.

Liu Jingzhen, chairman of Chinese pharmaceutical company Sinopharm, who also attended the briefing, said the company is ready to start large-scale production of vaccines to ensure sufficient and safe supply.

China has already offered "emergency-use" vaccines to protect those most at risk, such as medical workers and customs staff.

No infection has been reported so far among those who got inoculated before working in high-risk areas, according to Zheng, who leads China's working group of vaccine research and development.

The vaccines appear safe and developments won't be halted by mutations of the virus, the officials said.

That is part of efforts to make COVID-19 vaccines available to all as part of COVAX, the global initiative against "vaccine nationalism."

Zhao Xing, an official from the Chinese Foreign Ministry said the main objective is to promote the equitable distribution of vaccines globally, and to ensure that vaccines are available to developing countries.

"Although we're leading the world in vaccine development and have sufficient production capacity, we have decided to join COVAX," Zhao said. And the official explained that Beijing also wants to encourage other capable countries to join the initiative through its participation.

Chinese authorities say the country will fulfill its commitments to make any vaccine a global public good. They say the aim is to curb the virus and its threat to the health and safety of people of all countries.