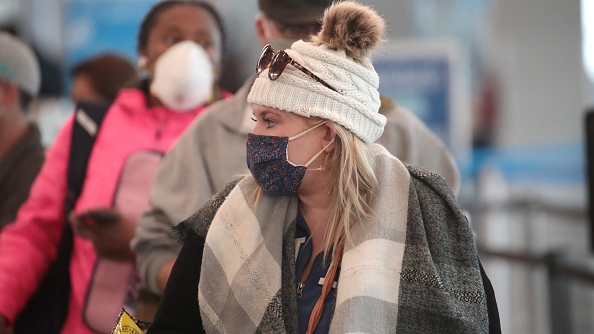 "People are tired of COVID-19. Have the biggest rallies I've ever had, and we have COVID-19," Trump stated on a campaign phone call from Las Vegas. "People are saying whatever. Just leave us alone. They're tired of it. People are tired of hearing Fauci and all these idiots." The previous day, he had ridiculed his Democratic rival Joe Biden in a rally saying "You know, Biden wants to lock it down… He wants to listen to Dr. Fauci. He wants to listen to Dr. Fauci" and told his supporters that the former vice president "will surrender your future to the virus" and warned that he will "listen to the scientists."

The extraordinary remarks came despite Trump having recently recovered from the COVID-19 himself, whilst cases have continued to surge throughout the United States counting at 70,000 on Sunday, growing in over 48 states. His attacks and disrespect toward the veteran Physician, who is head of the National Institute of Allergy and Infectious Diseases, are not new but have been a frequent theme of the entire COVID-19 pandemic within the United States. It encapsulates Trump's entire attitude toward the disease, as well as public health and safety, which has simply refused to take it urgently and if there were any negative effects, to simply blame it on Beijing.

It is quite obvious that Trump has never cared about the COVID-19 crisis, from start to finish. His thinking fixated on re-election and the economy, his approach to it has involved playing it down as much as possible and otherwise doing as little as possible. When initially warned of the disease, Trump ignored multiple advisories from medical experts through January to March and later openly admitted that he played it down in order to avoid panic.

As the situation gravitated, Trump was forced to act, but it was reluctant, herein emerged the conflict with Fauci who was quickly marginalized and undermined by the administration in the bid to rush the country out of lockdown as fast as possible. The product was that the first wave of the virus never actually ended, and still has not. 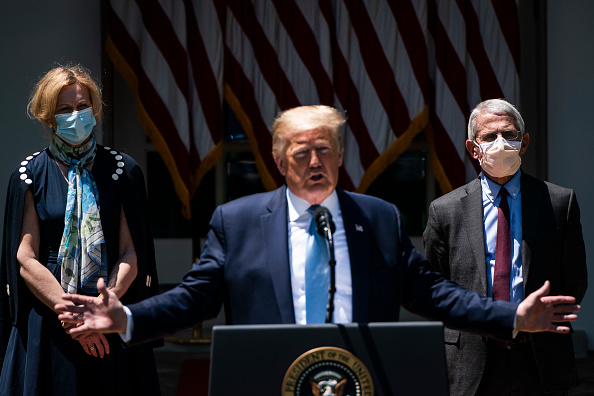 Yet the spiraling of deaths to over 220,000 has not changed Trump's calculus at all. Despite himself having been infected with the COVID-19 and the ensuring chaos at the White House, Trump continues to treat rules and precaution with contempt, such as refusing to wear a mask and holding enormous rallies. In doing so, he has played to his base of supporters and with recent comments it seems the President is now tapping into a sentiment of "Anti- COVID-19 populism"- this is a series of beliefs, commonly found among his base support, which do not take the virus seriously, do not want to compromise on individual lifestyle for public well-being, perceive mask-wearing with contempt and also as a broader theme of right wing populism as a whole, express cynicism and disbelief towards "experts" who warn otherwise.

Such sentiment makes Dr. Fauci, who is openly critical of Trump's botched response to the COVID-19 and the current situation in the United States, an easy target of such politicized ridicule. The President clearly believes that taking the virus seriously again and agreeing to new measures will cost him the election, and is thinking solely in terms of political-cost benefits to himself rather than in terms of the greater good for the public and America. Business and markets come first. If there are any negative repercussions to be had by the COVID-19, then the President has sought to pour blame upon Beijing and weaponize hatred against it, by invoking slogans such as "China virus" and "the plague from China" - which in turn has empowered the worst China hawks and led to the complete destabilization of U.S.-China relations.

But none of this posturing or deflection can change the fundamental reality that Trump's entire response to the COVID-19 has been an unprecedented disaster and arguably one of the most profound acts of self-centered deliberate political negligence in modern times, and has been solely depreciating to America's credibility on the world stage. The juvenile mockery of a widely respected physician only adds to this mantra. The President's thinking has been incredibly short-termist and narrow, with the pursuit of electoral gain and private profit only adding to the image of a reckless and irresponsible leader who cares nothing for public health and rendered a country in chaos.

Yet, Trump is unwise to assume that the majority of voters will only punish him at the polls for acting, rather than not acting, with 57.5 percent of the U.S. public disapproving of his handling of the virus, as well as 64.7 percent of independent voters and just 6.5 percent of Democratic supporters. Thus with a death toll that continues to mount and a total indifference toward a virus, one wonders come November if this gamble of inaction will pay off, even if it does for him personally, it certainly won't for America.