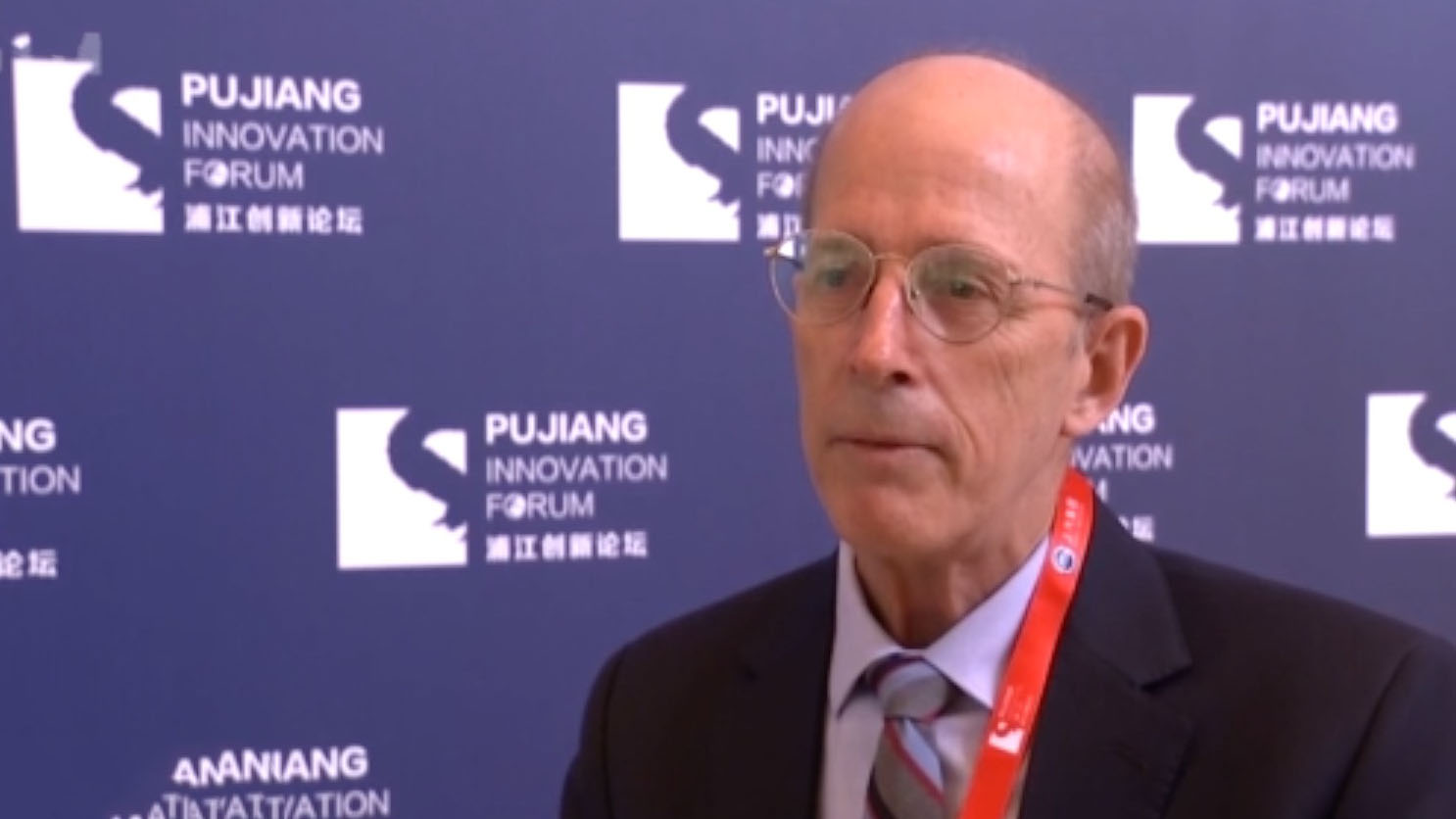 The COVID-19 vaccines being developed in all countries have appeared to meet the standards of the World Health Organization (WHO), Dr. Lance Rodewald, Senior Adviser to the Chinese Center for Disease Control and Prevention (CDC), told CGTN at the 2020 Pujiang Innovation Forum held in Shanghai on Friday.

"Some of the things that were really keys for controlling and eliminating the virus in China had to do with the ability to detect the virus in the first place," Dr. Rodewald said, adding "The scientists were able to identify the virus, sequence it and share that sequence with the world."

According to Dr. Rodewald, for the vaccines that have passed phase one and phase two trials, it means that they have a certain amount of safety and immunogenicity information and a degree of confidence to let them to be given to tens of thousands of people in phase three trials.

"So if a vaccine protects for three years or six years.‌‌ It'll take at least six years to figure that out‌," Dr. Rodewald said.

It will be a long-term study for scientists around the world to learn the ultimate effectiveness and the duration of protection of the vaccines.

The document named "WHO Target Product Profiles for COVID-19 Vaccines" published in April says: the Target Product Profile (TPP) describes for active immunization of at-risk persons in the area of an on-going outbreak for the prevention of COVID-19, the measures of efficacy – clear demonstration of efficacy ideally with 50 percent, preferably at least 70 percent with consistent results in the elderly.

The Joint Prevention and Control Mechanism of the State Council of China held a press conference on Tuesday, saying that China's vaccine research and development is generally the world's leading, and 13 vaccines have already entered the clinical trial stage. Among them, four inactivated and adenovirus vectors vaccines have entered phase three clinical trials. About 60,000 volunteers have been administered the vaccines so far, and no serious adverse reactions have been reported, showing good safety. On Thursday, the WHO and Gavi, the Vaccine Alliance applauded China's ramping up vaccine globalization by joining in COVAX.