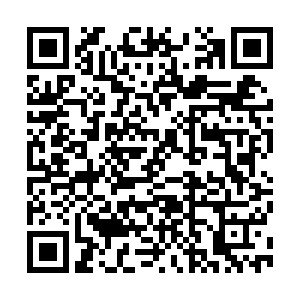 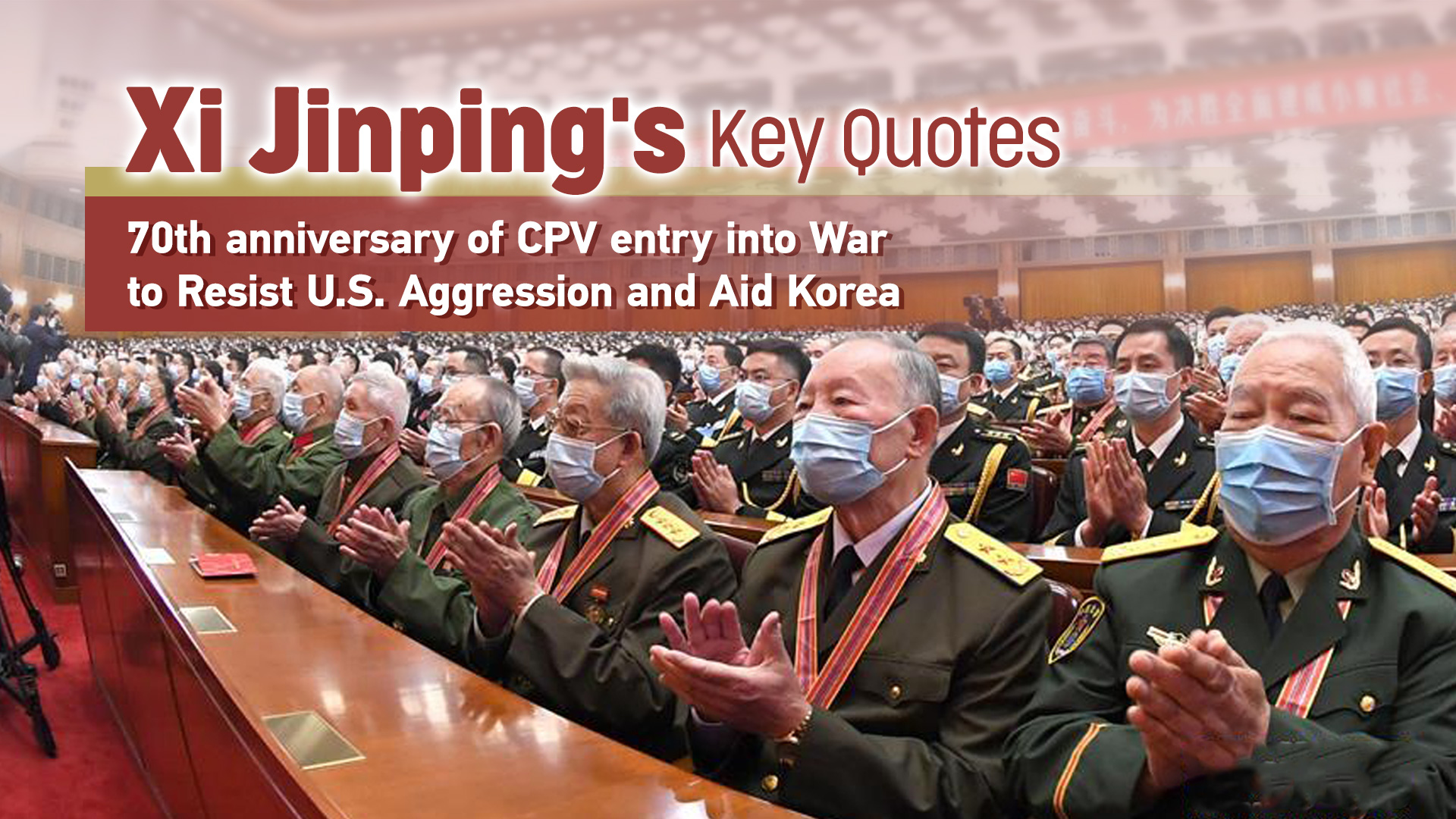 China held a meeting on Friday to commemorate the 70th anniversary of the Chinese People's Volunteers (CPV) army entering the Democratic People's Republic of Korea in the War to Resist U.S. Aggression and Aid Korea.

Chinese President Xi Jinping, also general secretary of the Communist Party of China Central Committee and chairman of the Central Military Commission, delivered a speech during the meeting at the Great Hall of the People in Beijing.

Here are some key quotes from President Xi's speech. 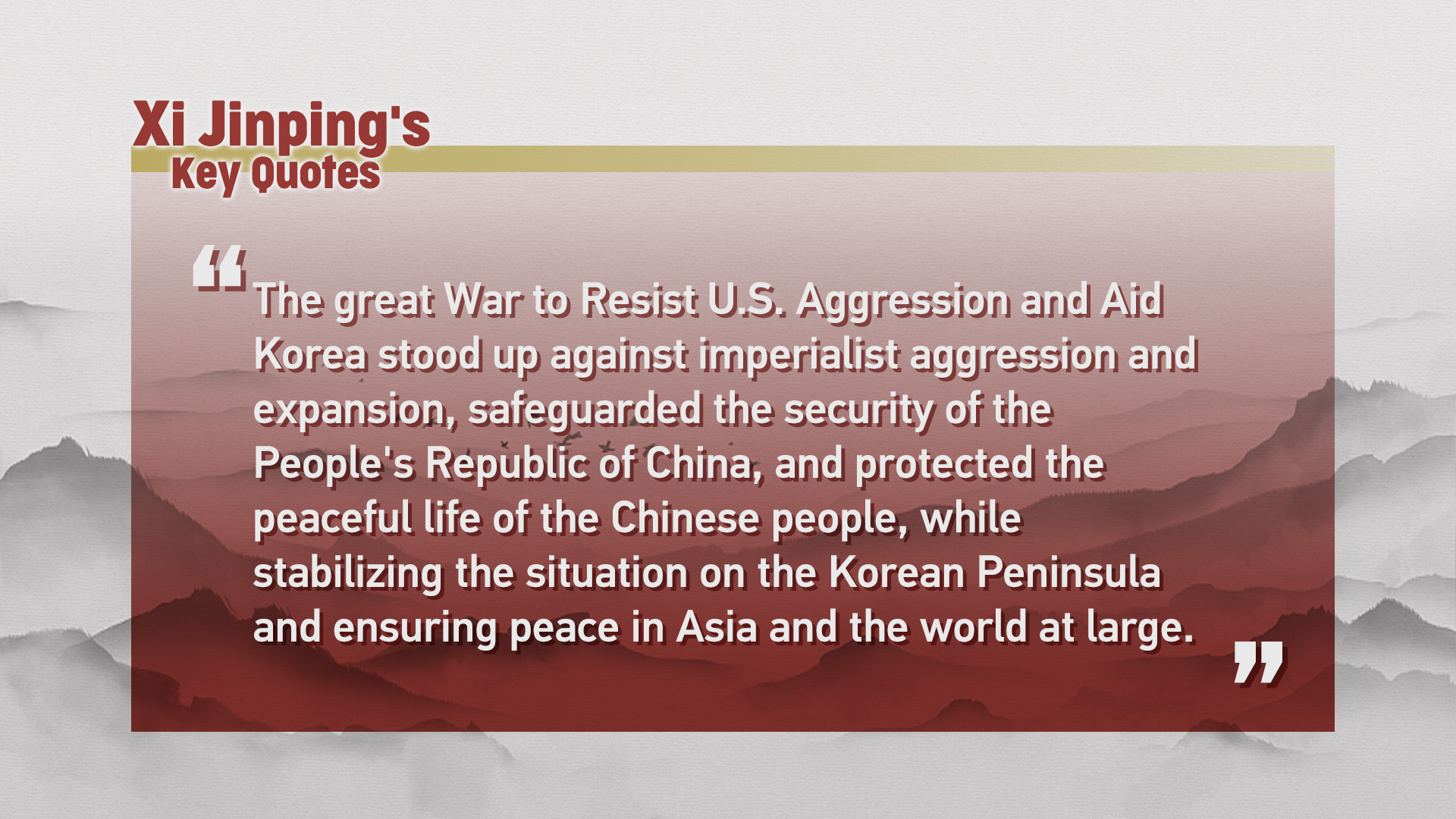 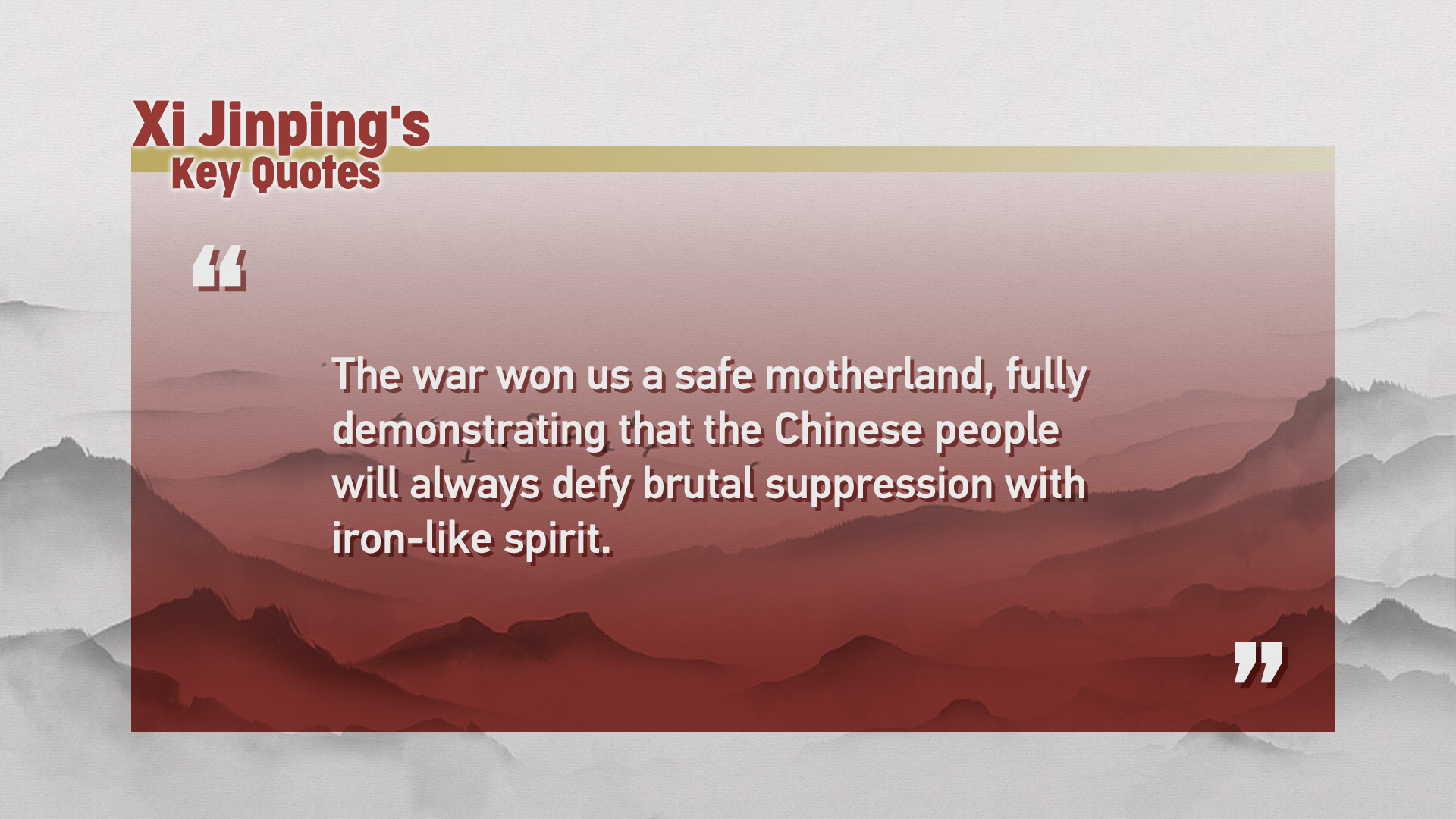 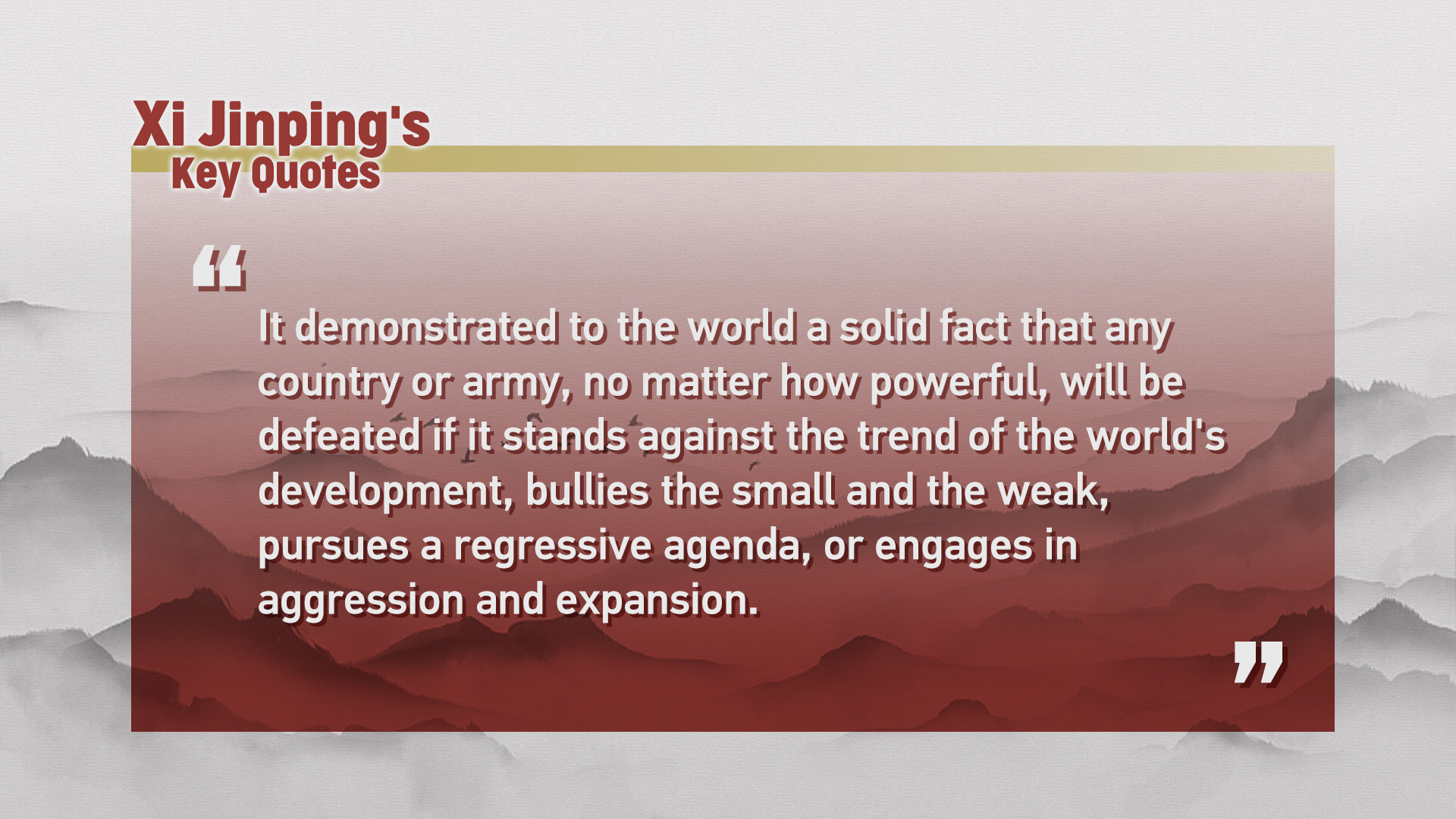 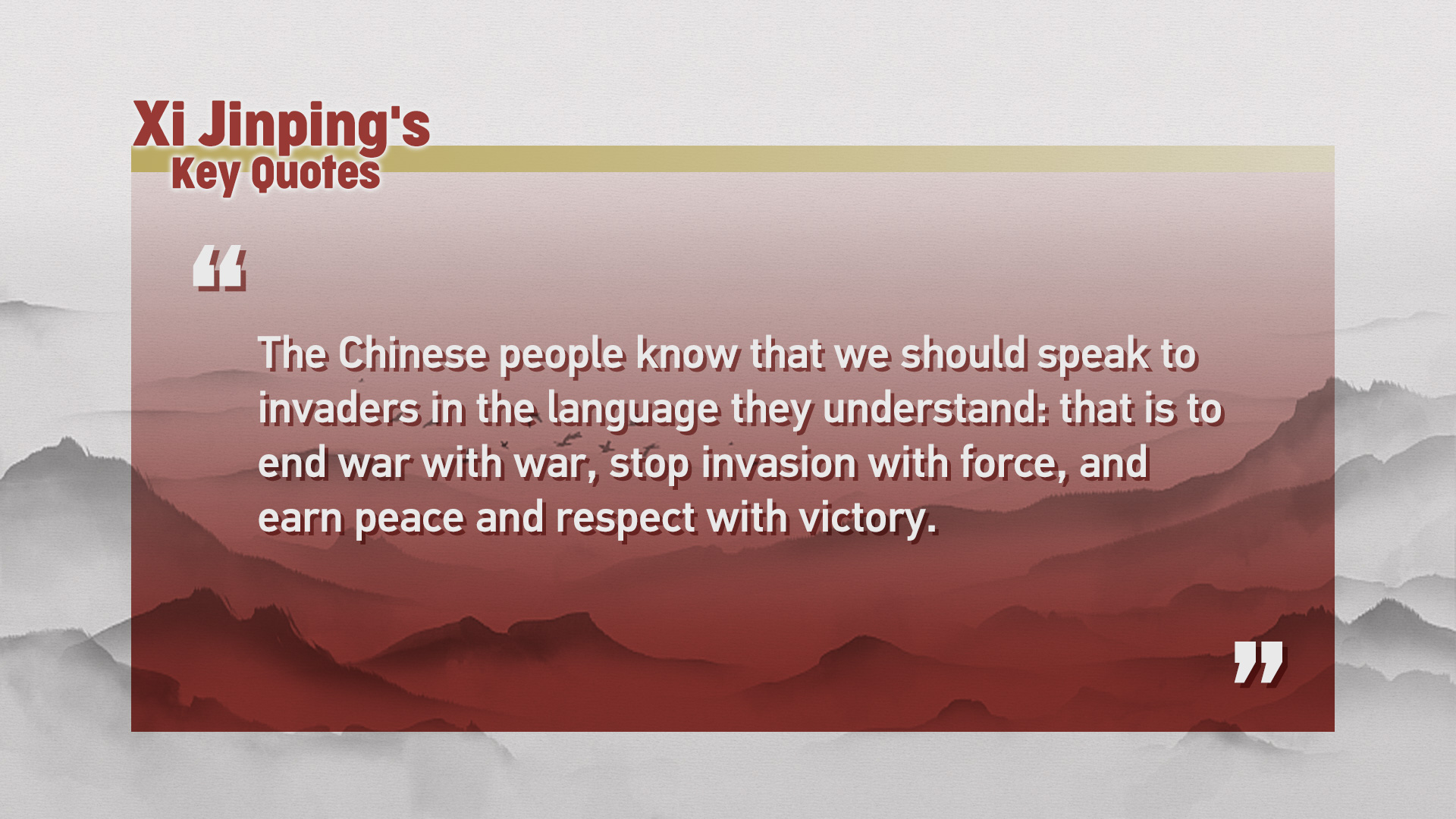 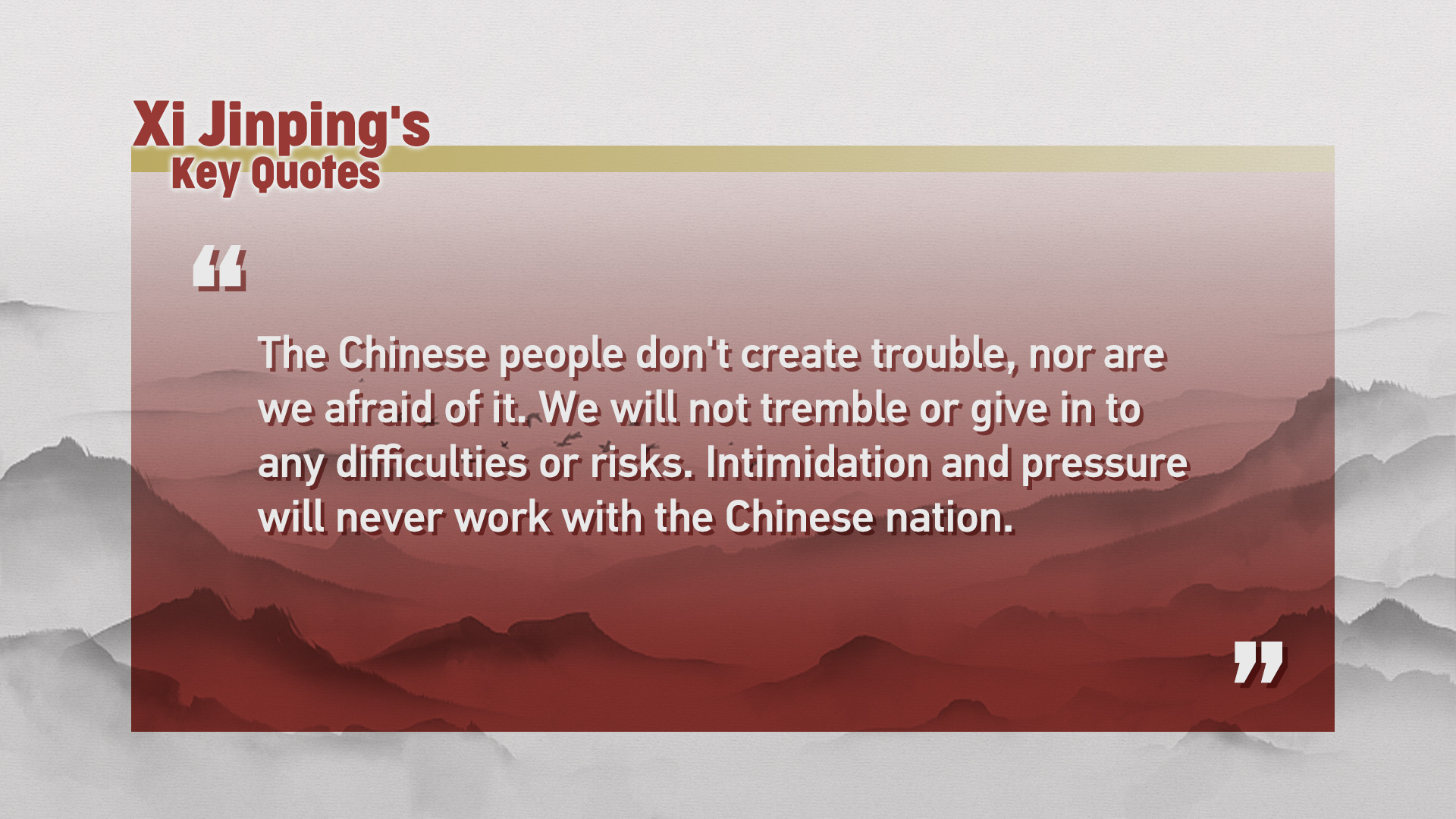 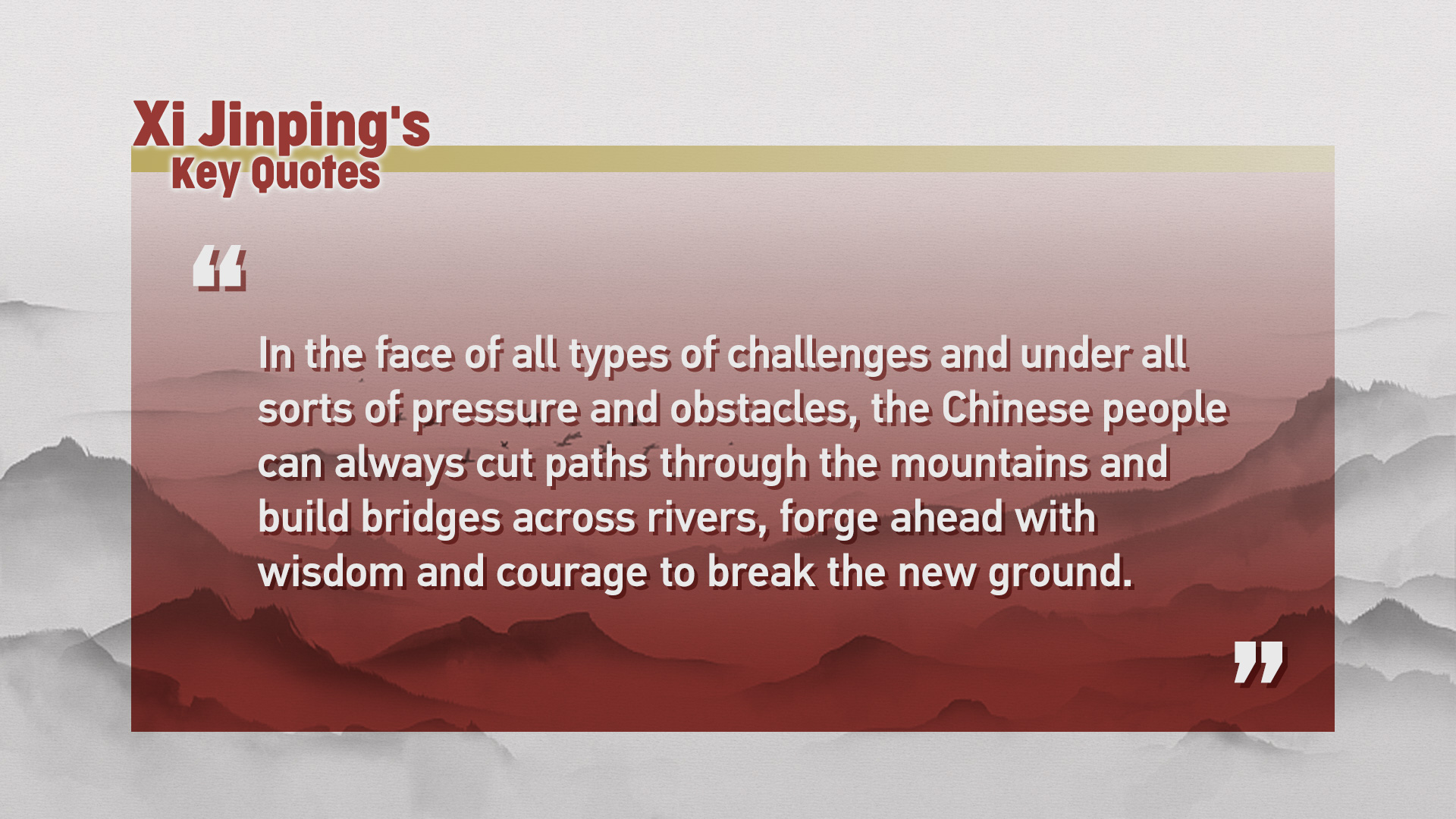 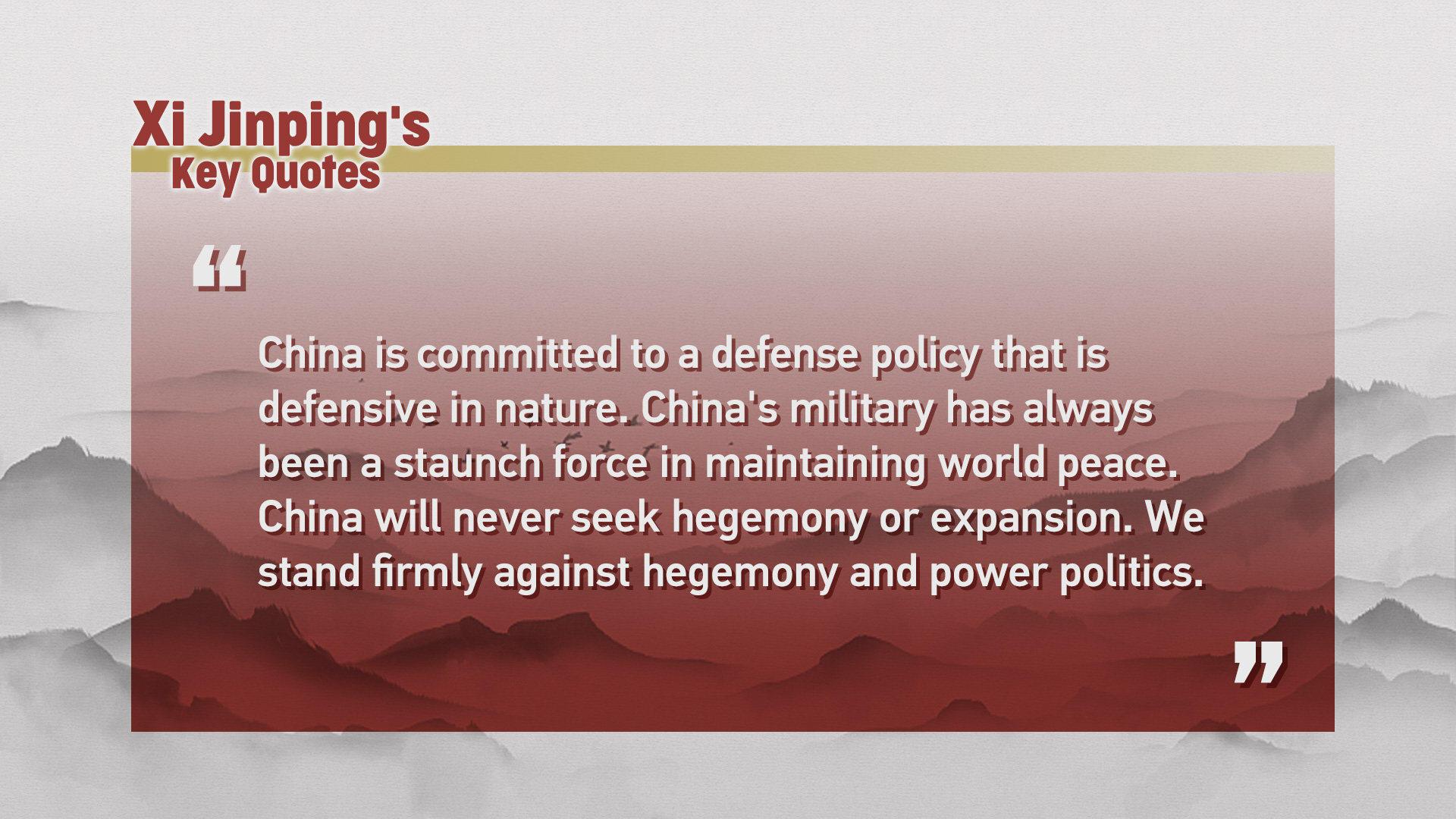