AstraZeneca, J&J's COVID-19 vaccine trials to resume in U.S. after being paused for safety issues
CGTN 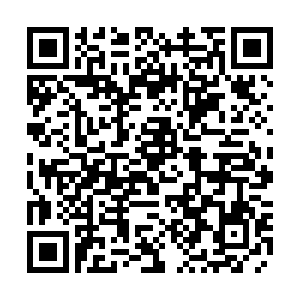 Two major coronavirus vaccine trials will restart in the U.S. after pauses to investigate unexplained illnesses in trial participants.

AstraZeneca has resumed the trial of its experimental COVID-19 vaccine after approval by regulators, and Johnson & Johnson is preparing to resume its trial on Monday or Tuesday, the companies said on Friday.

AstraZeneca, one of the leading vaccine developers, paused its U.S. trial on September 6 after a serious neurological illness report believed to be transverse myelitis in a participant in the company's UK trial. J&J paused its large, late-stage trial last week after a study participant became ill.

Both companies have contracts to provide vaccine to the U.S. and other governments if regulators clear them.

Officials and experts have expressed concern that the regulatory approval process overseen by the Food and Drug Administration (FDA) will be undermined by political pressure, and around a quarter of Americans say they are hesitant to take a COVID-19 vaccine.

"As this trial resumes, I am hoping the message communicated to the public is that we are following procedures to highest ethical standard and not interfering with the FDA regulatory process," said Matthew Hepburn, head of vaccine development for Operation Warp Speed, a public-private partnership to speed inoculation efforts.

Infections are rising in 80 countries as people in the northern hemisphere spend more time indoors with winter approaching.

J&J said on Friday that the safety panel, called a Data and Safety Monitoring Board, has recommended that the drugmaker resume trial recruitment after finding no evidence that the vaccine caused the volunteer to fall ill.

J&J expects to resume its trial in the United States on Monday or Tuesday and remains on track to produce data from the trial on the vaccines' effectiveness by the end of 2020 or early 2021, J&J's chief scientific officer Paul Stoffels said.

J&J is also in discussions with other regulators to resume a trial outside of the United States, the company said.

So far, the medical board has not identified a clear cause for the patients' illness. J&J cannot reveal any details about the patient's sickness because of patient privacy rules, Stoffels said.

AstraZeneca said that it is not unusual for some trial participants to fall ill during large-scale vaccine trials but that the U.S. Food and Drug Administration has reviewed all safety data from the trials globally and deemed it safe to continue testing the vaccine.

AstraZeneca trials in the United Kingdom, Brazil, and South Africa resumed last month even as the U.S. Food and Drug Administration continued its investigation into the case.