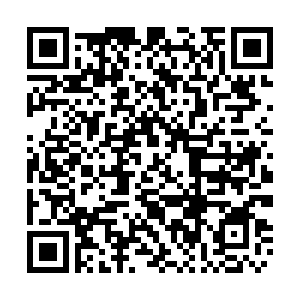 Sidelines is a column by CGTN Social Media Desk

The comment section of music apps is a place to bond. But it can also divide along age lines. Below the songs playlisted by this columnist, the comments include quite a few exclamations like: OMG! Can't believe it! Being a Generation Z, I so dig this tune, too!

A cool reminder of how time flies in a way that thrusts the back-burner issue of aging right under your nose.

To feel good about ourselves, we older folk sometimes tell gags about the generational gap to mock young people's ignorance of the "conventional state of affairs." But no sooner than the laughter calms down, we realize that the joke might just as well be on us and our denial of the impact of our new lifestyles. As one such joke goes, upon seeing a real-life floppy disk, a Generation Z shouts out: "Did Microsoft make a garage kit for its saving button symbol?"

The generation gap is a footnote to how fast and drastically the world changes. In the not-so-good old days, science and society progressed so slowly that a century worth of people seldom felt any generational difference. The 21st century has a completely distinct landscape. The idea of a music app was still beyond most people's imagination during the first ten years of this century. MP3 Player continued gobbling up market shares once owned by Walkman and CD Player. Less than a decade, smartphones quashed the market for all.

With the rapid technological revolution, what older generations are familiar with could be quietly and steadily obliterated.

Some hand gestures, for example, are on their way to extinction, linguistics say. Suppose you are signaling to your friend across a noisy street that you are going to phone her: automatically you arrange your fingers in the shape of a landline receiver. Imagine what people will do after the landline is tossed into the science history museum. Another more likely candidate to be condemned into oblivion is rubbing three fingers to suggest money. Landline's number may not be up anytime soon, but digital currency has already rendered banknotes clumsy.

For the elderly struggling to cope with this digital reconstruction of life, the switch to paperless money is no laughing matter. It causes real problems.

Following various reports in China that older shoppers were perplexed by the rejection of cash at the checkpoints due partly to an overly zealously embrace of digital currency, the government rushed to correct, stressing that it's illegal to turn down legitimate banknotes in payments.

A great deal more could be at risk for the slower adopters of digital life amid a global pandemic. Governments, as well as individuals, are relying heavily on new information technology to ward off the new coronavirus. From trace and track applications to online shopping, and Zoom to stay in touch with family and work, the required skills that younger generations take for granted can be befuddling to the elderly who are also the most vulnerable facing COVID-19.

A recent survey in the UK found that a majority of people over 60 feared being left out from the government's trace and track project because of lacking the technological know-how to update their phones to install the newly issued mobile application that alerts people to close contact with an infected person.

Similar complaints are heard in China despite the country's largely successful anti-COVID-19 measures. The trace and track done on the Chinese messaging app WeChat might be difficult for some pensioners not in touch with its functions.

Family members can always be counted on to help older relatives with COVID-19 apps. For households in which such help is not immediately available, local governments or communities need to give out information and answer questions with leaflets or hotlines (social distancing also needs to be factored in). Alternative measures from telephone surveys to TV or radio bulletins and door-to-door visits by volunteers can make up for the uneven distribution of smartphone ownership.

A "gap" denotes disconnection. Yet, if a song trending decades ago is still capable of touching the heartstrings of teenagers today, there is a connecting force that defies time. Amid a sweeping pandemic that has divided the world in so many ways, we hope this force of kindness can help heal at least one of them.