The keywords in China's Double Ninth Festival
By Ye Qing 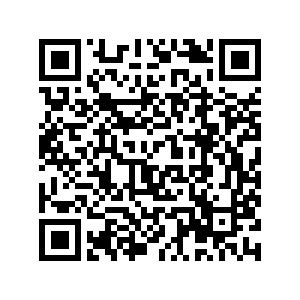 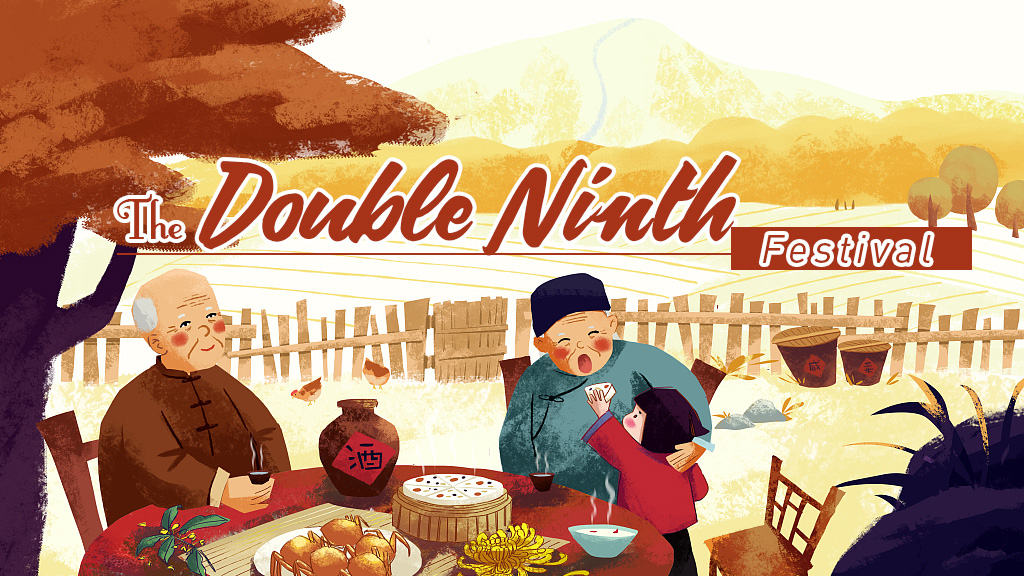 China's Double Ninth Festival, also referred to as the Chongyang Festival, takes place every year between October 1 and October 30 on the 9th day of the 9th lunar month; it fell on Sunday this year. It is a traditional folk holiday focused on good health and long life, with various festivities.

Nine is an important number in Chinese culture because its pronunciation means "long" in Chinese.

According to the Book of Changes, the number six is considered yin while nine is yang. The ninth day of the ninth lunar month in the Chinese calendar features two nines, so the day is given the Chinese name "Chongyang."

When it comes to the Double Ninth Festival, two important plants, cornel, and chrysanthemum, have to be mentioned.

Cornel, famous in Traditional Chinese Medicine (TCM), is widely planted in the north and south of China. Ancient people believed that wearing cornel twigs on the Double Ninth Festival could help prevent diseases and avoid disasters. 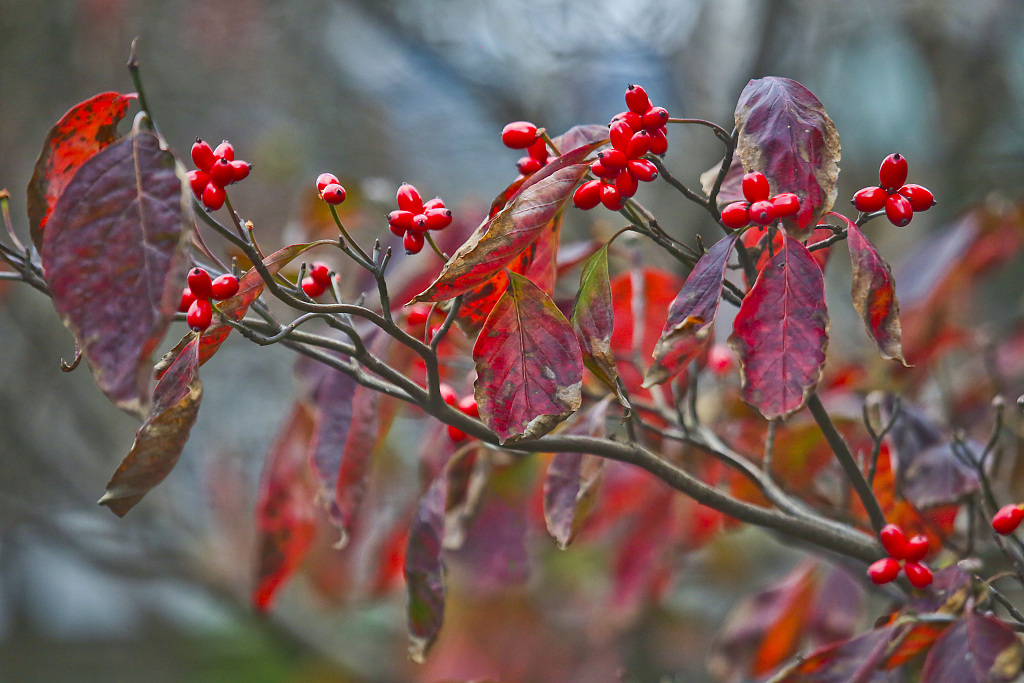 Cornel, famous in Traditional Chinese Medicine (TCM), is widely planted in the north and south of China. /CFP

Cornel, famous in Traditional Chinese Medicine (TCM), is widely planted in the north and south of China. /CFP

Chrysanthemums are believed to have the effect of reducing internal heat and driving bad luck away. Drinkers of chrysanthemum wine can be rid of evil and have a strong immune system against cold weather.

Although the Double Ninth Festival was marked as a ritual to worship the gods and ancestors for blessing the harvest during the Warring States Period (206 B.C. – 220 AD), nowadays, more meaning is given to this festival.

In 1989, the Chinese government set it as a day for showing respect to the elderly, requiring that people care, love, and help the elderly.

It also became an occasion to pay respect to one's ancestors. Sweeping ancestors' graves and visiting elderly members in the family are usually what people do on this day.

Zhao Huaxia, a journalist focused on Chinese senior citizens, said the power of traditional culture should not be ignored in order to continue to understand the social value of the elderly and cope with the challenges of an aging society. The atmosphere and cultural edification of the Double Ninth Festival can arouse people's respect for the old and love for the old, and it is easier to build a beautiful, age-friendly society.

The custom of climbing on the Double Ninth Festival has a long history. Ancient Chinese people both feared and worshiped mountains. The custom of "climbing mountains for blessings" became popular as early as the Spring and Autumn Period (771 - 476 B.C.) and the Warring States Period (206 B.C. – 220 AD). 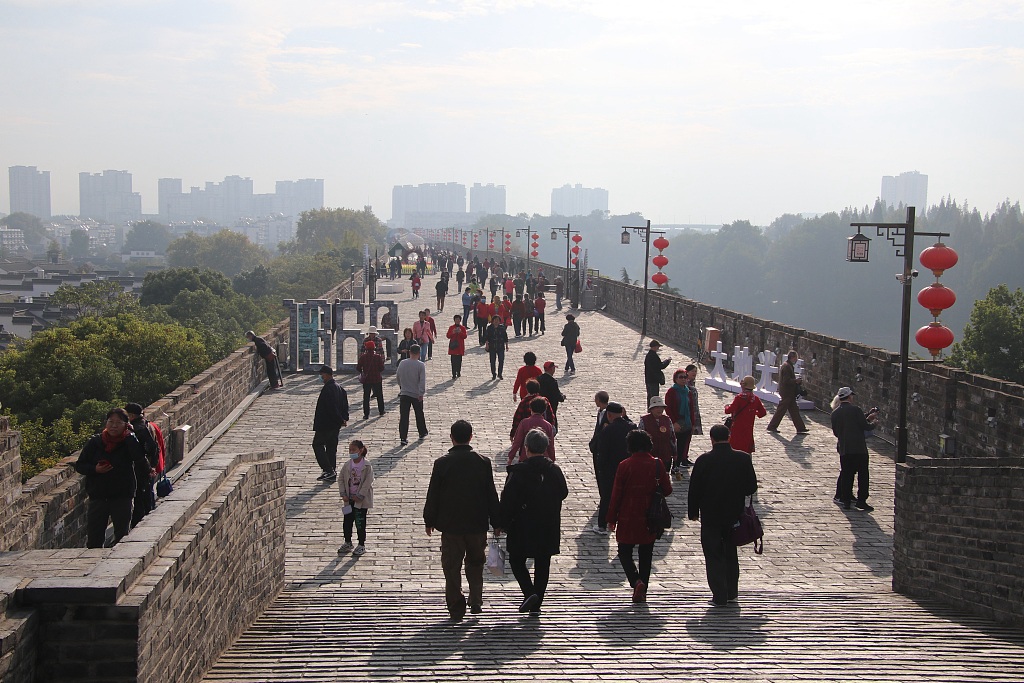 In addition, ancient societies also believed in climbing the mountains to avoid disaster with the whole family climbing as high as possible to be healthy and stay safe from the plague.

Today, it's a great opportunity to join friends and relatives and enjoy the fall scenes.

Ancient Chinese poets and scholars have left many odes to the festival and everything related to it, including chrysanthemum, climbing, reunion with family members, and, of course, the deep yearning for their family members while away from home on this day. 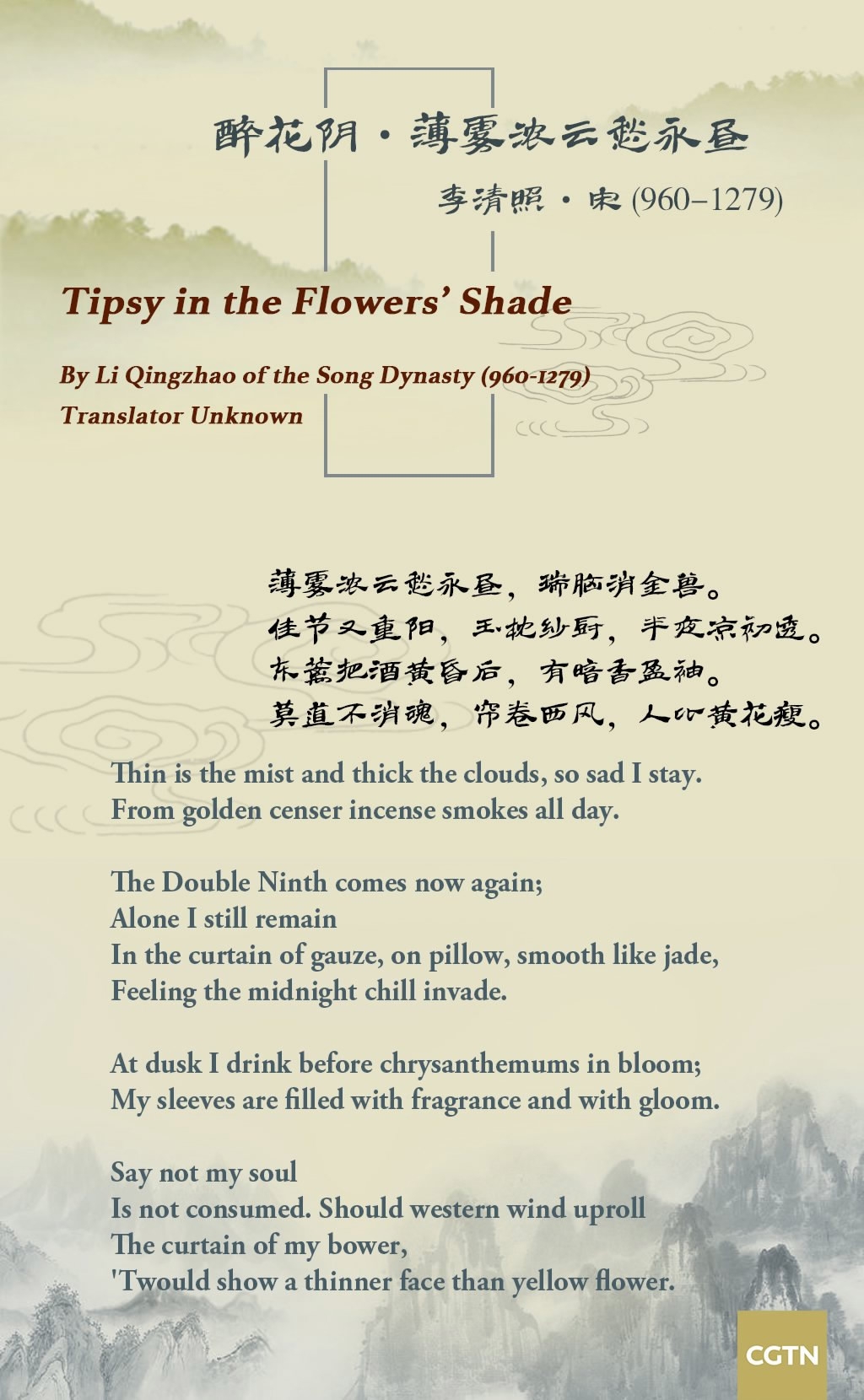 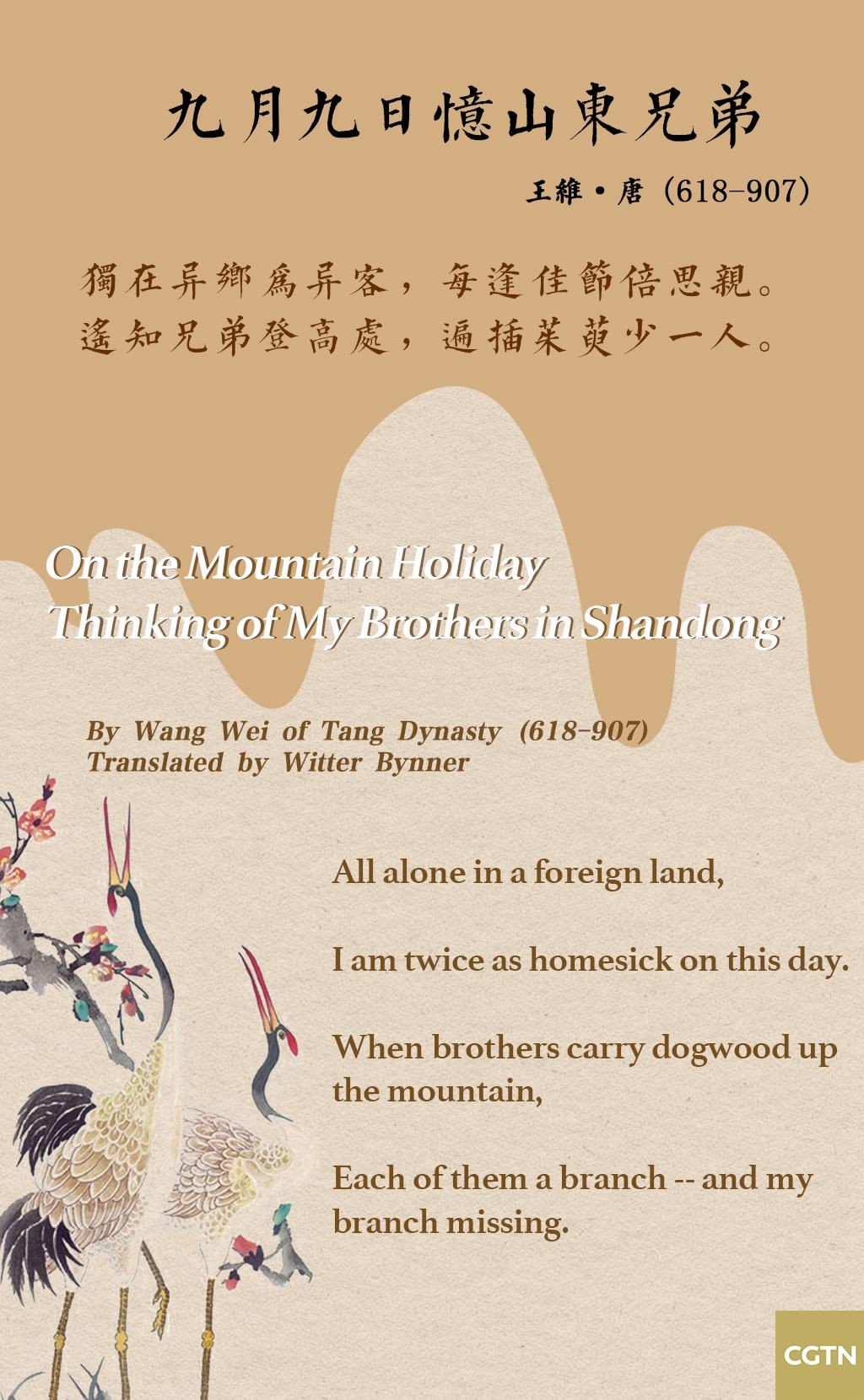 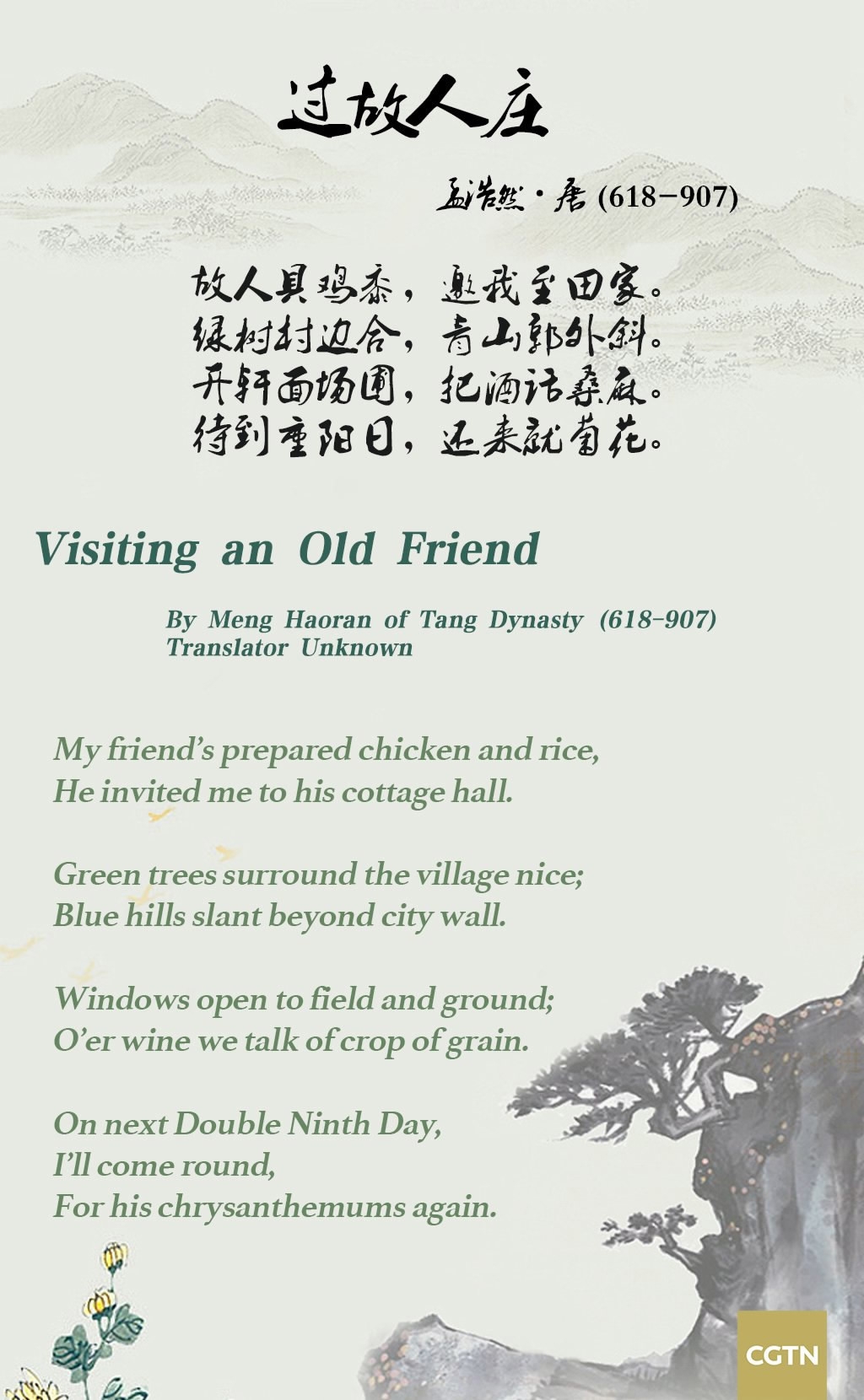 (Cover image made from Jia Jieqiong)