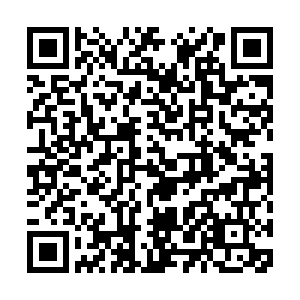 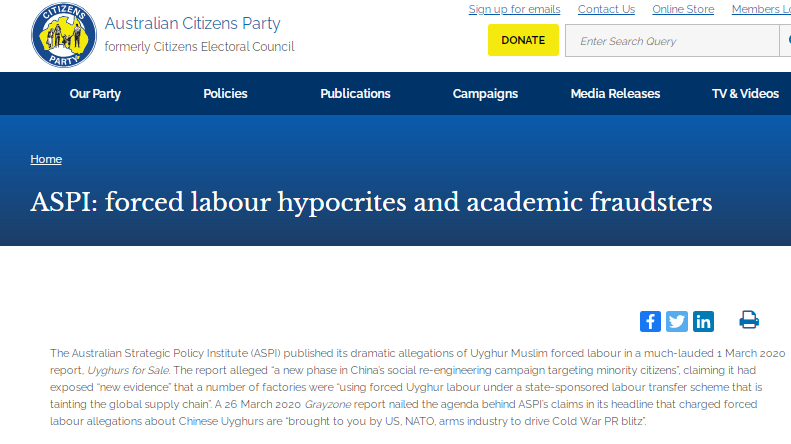 The ASPI report alleged that a number of Chinese factories were "using forced Uygur labor" and Chinese authorities were "remolding the Muslim population."

"ASPI's supporting reference doesn't back up the allegations. In fact, it reveals the subsidy is paid primarily to cover expenses incurred by labor hire companies and job placement agencies," wrote ACP in regards to the report's author Vicky Xu.

The article went on to say that the report's allegations are baseless and contrary to the facts.

"No terrorist incidents have occurred in Xinjiang in three years due to the counter-terrorism and deradicalisation efforts (after 800 deaths from dozens of terrorist attacks in the ten years to 2017); and foreign officials, diplomats, journalists and religious officials have visited and commended the program," the article said.

The article added that the misleading nature of the anti-China report, and ASPI's own funding by benefactors that profit from forced prison labor in the U.S. and the UK, reveals the think tank's false concern for human rights.

Another ACP article pointed out that the ASPI's benefactors include the U.S. State Department, NATO, and the leading American arms manufacturers who profit from the military buildup justified by the narrative that China is a threat.

China's Foreign Ministry has also criticized that the ASPI is not "independent" as it has long been funded by U.S. defense and diplomatic authorities as well as arms manufacturers, which makes it full of anti-China ideology and keen to make and spread anti-China lies.

"ASPI is highly unpopular because many Australians with vision consider it beneath contempt," said Chinese Foreign Ministry spokesperson Zhao Lijian during a regular press conference.