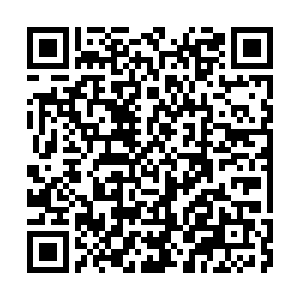 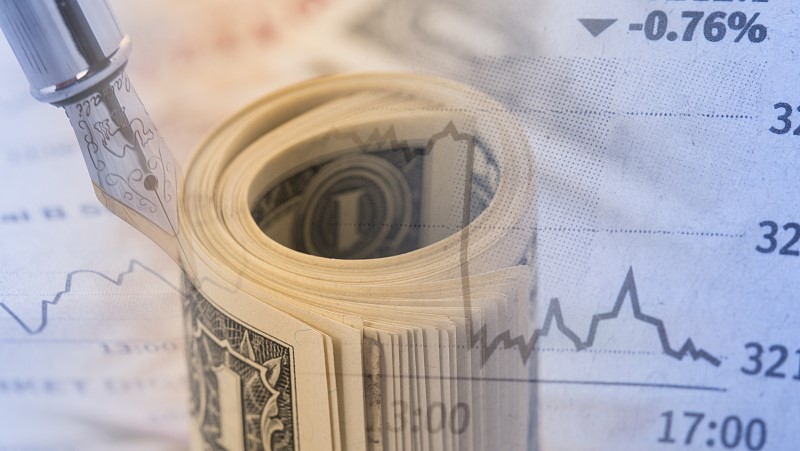 Editor's Note: Jimmy Zhu is a chief strategist at Singapore-based Fullerton Research. The article reflects the author's opinion and not necessarily the views of CGTN.

U.S stock investors have been staying cautious last week, as whether there will be a stimulus package before the presidential election remains unclear at this moment. However, the Treasury market suggests that the dollar may become a potential threat to the stock prices even if the stimulus package is to arrive in later days.

Moves in the U.S. stocks have been following the news headline of the fiscal stimulus package over the past a few weeks, as traders are keen to know whether there will be a deal before the U.S. presidential election on November 3. The around $2 trillion proposed stimulus package could include paychecks, unemployment benefits, state and local aid, and another round of the Paycheck Protection Program (PPP).

Frankly, the tight trading range in the stocks market recently is supposed to be more due to the uncertainties on the outcome of the election rather than the progress on the stimulus program's negotiation. Whether the package came before or after November 3, this round of the stimulus itself won't change the fundamental trend of the U.S. economy, nor to alter the outcome of the presidential election. From this perspective, the U.S. stock investors chasing the news headline for their current investment decision is not wise, as some other more important clues have been ignored, such as economic data, virus development and growth outlook, etc.

Most of the investors still believe that the fiscal package will arrive. It is not a question of "whether" but "when," and this is well priced in the U.S. fixed income market. The benchmark 10-year government bond yield has risen to 0.843 percent, the highest level since June this year. The yield spread between the 3-month and 10-year government bond yield now also widens to 75bps, largest since March.

Rising yield and wider yield spread typically reflect investors' becoming more optimistic about future inflation and growth outlook. However, Citi U.S. economic surprise index has been resuming its downtrend since June. With that said, bond traders' optimism on the growth and inflation outlook is driven by their belief in a stimulus package to arrive, not based on the current economic condition.

On the other hand, bond traders also expect that a potential Biden win will spur the inflationary pressure due to the possibility of a large scale of the fiscal stimulus package, though the final outcome of the presidential election remains uncertain at this moment.

Still, the bond market's optimism on the future's outlook has so far failed to transmit into the stock market. The U.S. benchmark equity indices end the three-week rising streak last week, with S&P dropped 0.5 percent, Dow and Nasdaq indices slid around 1 percent. Over the past years, the U.S. stocks market tended to be more sensitive to those upcoming easing measures, instead of the muted reaction that happened last week.

Over the past decade, the dollar has tended to move inversely to the stock market due to its safe-haven status or vice versa in the crisis period. Thus, one of the tricky reasons that cap the stock prices' upside could be the U.S. dollar's potential rebound in the near term. The U.S. 10-year government bond yield has been significantly rising since the beginning of the month, while some other major economies' bond yield has been falling in the period, such as Germany and some other European economies.

Recent rising coronavirus cases in the European region increases some bets that the European Central Bank has to do more to arrest the economic slowdown due to recent increasing lockdowns to contain the virus spread. Thus, the monetary easing expectation has been pushing the yield lower in the region, and widening the yield spread between the U.S and Germany. Widening yield between the two economies usually benefited the U.S. dollar in the past.

Since the Fed started to cut the interest rate toward zero and inject a large amount of cash to purchase various kinds of securities in March, the U.S. Treasury yield has been largely contained, and not many traders have been willing to sell the Treasury notes, a behavior that is considered as fighting against the Fed. Thus, the current U.S. bond prices are considered relatively expensive than in the past. Some traders may have considered the potential upcoming large scale of the stimulus as a valid reason to sell the bonds, a move to trigger further rises in Treasuries yield.

Thus, stocks traders may need to start evaluating the dollar's impact on the stock prices if the bond yield continues to climb higher. Correlation between the dollar and stock prices hint that a strong dollar hasn't been considered as good news to the stock market over the past six months.