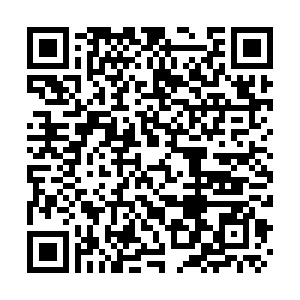 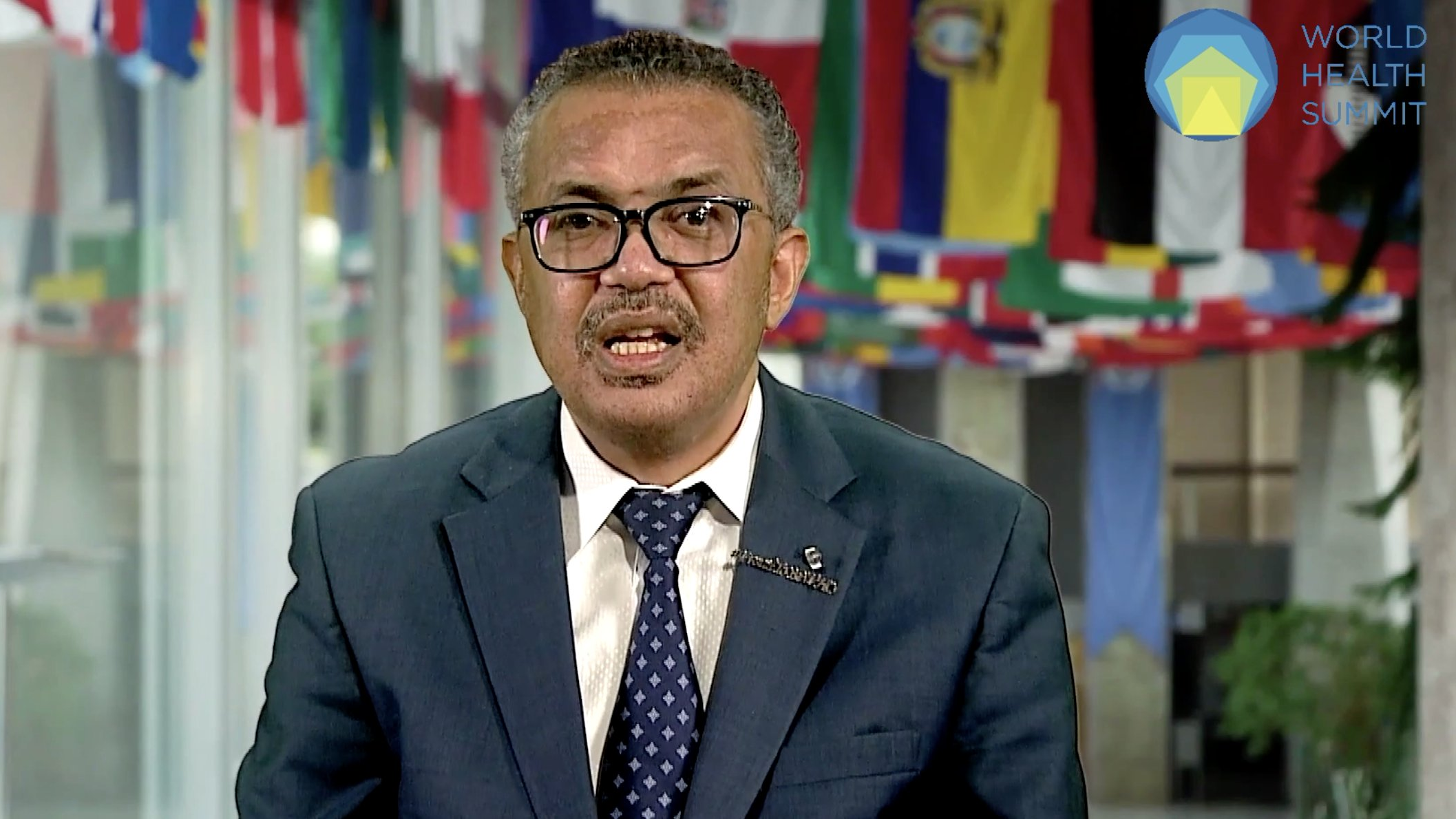 The World Health Organization (WHO) on Sunday called for global solidarity in the rollout of any future coronavirus vaccine, as the number of cases soared across the world.

In a video address at the opening of the three-day World Health Summit in Berlin, WHO's Director-General Tedros Adhanom Ghebreyesus said the only way to recover from the pandemic was together and by making sure poorer countries had fair access to a vaccine.

"It is natural that countries want to protect their own citizens first but if and when we have an effective vaccine, we must also use it effectively. And the best way to do that is to vaccinate some people in all countries rather than all people in some countries," he said.

"Let me be clear: vaccine nationalism will prolong the pandemic, not shorten it." Scientists around the world are racing to develop a vaccine against COVID-19, which has killed over 1.1 million people.

Several dozen vaccine candidates are currently being tested in clinical trials, ten of which are in the most advanced "phase 3" stage involving tens of thousands of volunteers.

The European Union, the United States, Britain, Japan and a slew of other nations have already placed large orders with the companies involved in developing the most promising vaccines.

But concerns are growing that countries with smaller wallets could be left at the back of the queue. The WHO has launched an international scheme known as COVAX to help ensure equitable access to jabs, but it has struggled to raise the funds needed. 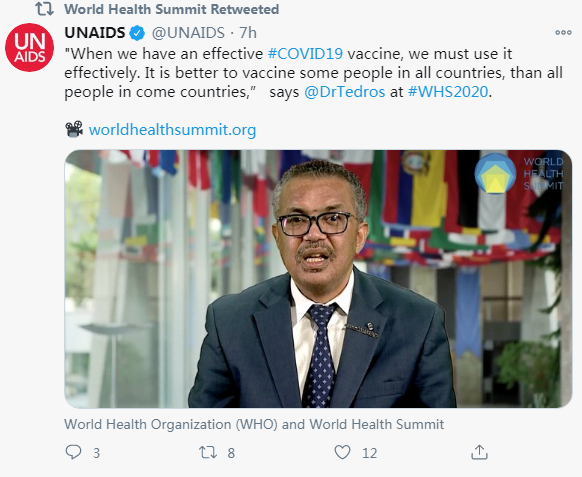 On Sunday, the WHO reported a third straight day of record new infections across the world, calling on countries to take further action to curb the spread of the disease. The agency's figures showed that 465,319 cases were declared for Saturday alone, half of them in Europe.

"This is a dangerous moment for many countries in the northern hemisphere as cases spike," Tedros said.

But he added that people weren't powerless against the virus, stressing the importance of social distancing, hand washing, and meeting outdoors instead of inside. "Again and again we have seen that taking the right actions quickly means the outbreak can be managed."

Speaking at the same summit, which is being held online this year, United Nations Secretary-General Antonio Guterres in his video message called the pandemic "the greatest crisis of our times."

"We need global solidarity every step of the way," he said, echoing the plea for developed countries to support those with fewer resources. "A vaccine must be global public good," Guterres said. 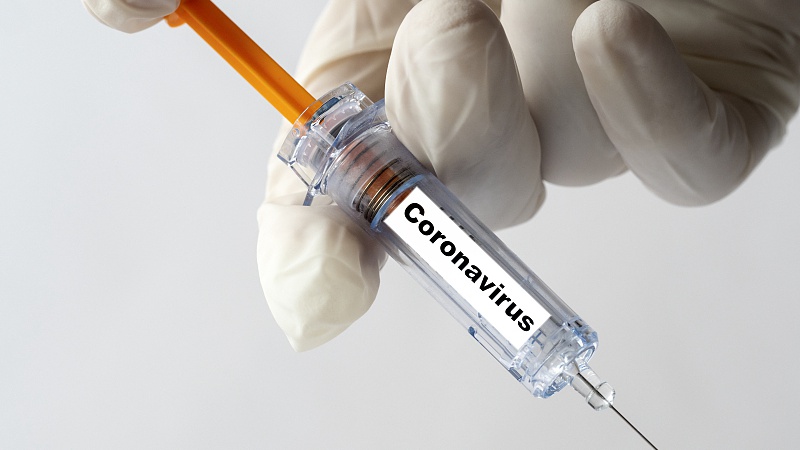 In the latest move, China announced to join the COVAX initiative on October 9 to help the world fight against the pandemic. The talks are on with the WHO to have its domestically manufactured vaccines assessed for international use.

"We are taking this concrete step to ensure equitable distribution of vaccines, especially to developing countries, and hope more capable countries will also join and support COVAX," Foreign Ministry spokesperson Hua Chunying said in a statement.

Hua said this is an important step China has taken to uphold the concept of a shared community of health for all and to honor its commitment to turn COVID-19 vaccines into a global public good.

Currently, the COVID-19 pandemic still poses a severe threat to the health of people in all countries. China continues to focus on ensuring that developing countries have equal access to appropriate, safe and effective vaccines.

"To that end, we have solemnly pledged to make vaccines developed and deployed by China a global public good, which will be provided to developing countries as a priority," Hua said.

China has maintained close communication with COVAX with a positive attitude towards joining it, Hua said, noting that even when China is leading the world with several vaccines in advanced stages of R&D and with ample production capacity, it still decided to join COVAX.

In May, President Xi Jinping pledged $2 billion over the next two years to tackle the pandemic that has killed more than 1 million people.