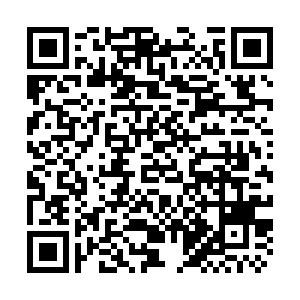 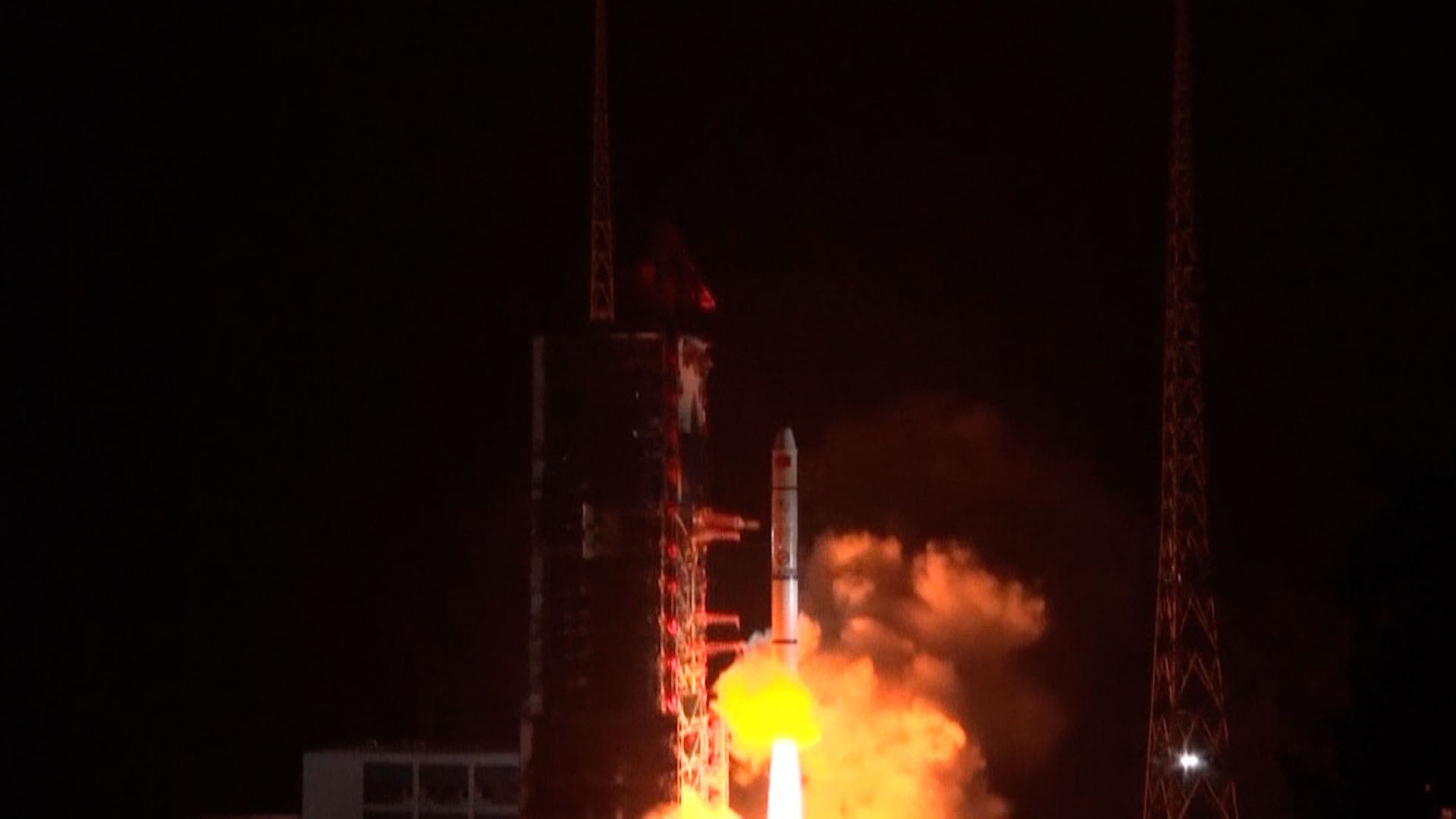 China's Long March-2C carrier rocket sent a group of new remote sensing satellites into designed orbits at midnight on Monday, according to the China Aerospace Science and Technology Corporation (CASC).

The Yaogan satellites will be used for electromagnetic environment detection and related tests, while the commercial payload Tianqi-6 satellite will form a constellation with other Tianqi satellites already in orbit to collect data serving China's Internet of Things (IoT), a giant network connecting devices and data.

The Tianqi constellation, which will consist of a total of 38 satellites, is a major part of the country's IoT infrastructure, and is the first narrow-bandwidth network constellation that has been put into operation.

Developed by a Beijing-based high-tech company, the infrastructure is designed to serve the marine sector in Qingdao, a coastal city located on the western shore of the Yellow Sea. Qingdao's maritime industry has been heavily invested with advanced technology to deliver optimal efficiency, an initiative pushed by the local government to leverage their geological advantages.

The satellites will collect data for the marine logistics system and monitor the ocean's ecological environment. Beijing Guodian Gaoke Technology Co. said their constellation can also be used in the forestry and agriculture industry. 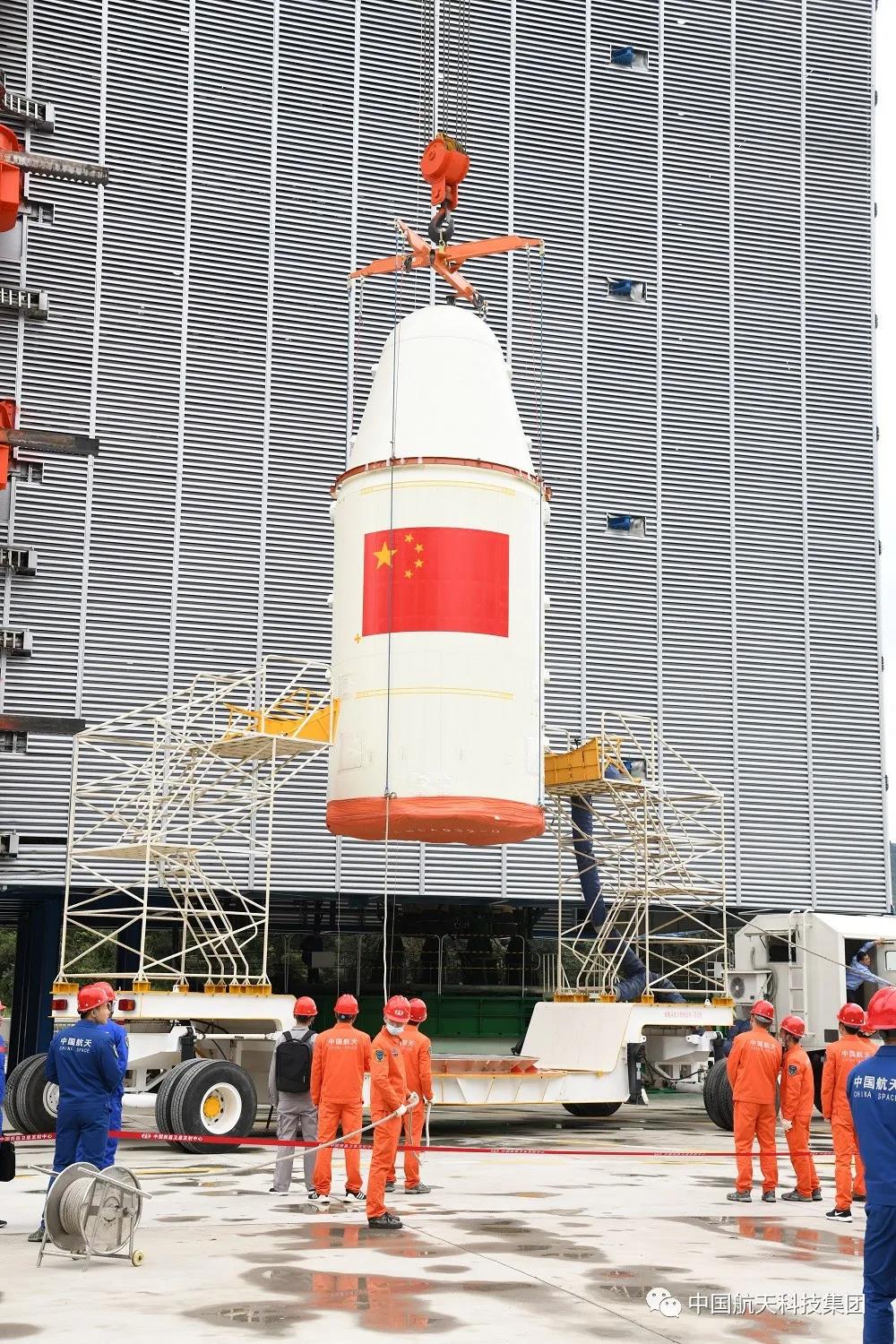 The carrier rocket's fairing is lifted by a crane, September 2020. /CASC

The carrier rocket's fairing is lifted by a crane, September 2020. /CASC

The reused devices embedded in the safety control system of the rocket fairing – the nose corn at the tip of the rocket that shields satellites during the first few minutes of flight through the thick lower atmosphere – are worth mentioning.

According to the China Academy of Launch Vehicle Technology (CALT), a rocket manufacturer subordinate to CASC, the fairing is equipped with a landing zone safety control system. Major devices embedded in the system are all recycled from a former experimental launch last July.

Wang Weitong, an expert from CALT, told CGTN that the aim of using recycled devices is to minimize the risk the fairing poses to its own landing area.

Once the rocket is sent into space, the fairing will split into two parts and fall down. Unlike foreign rockets whose fairings are made to drop into the ocean, China's landing areas are always located inland. This means people at the ground along the estimated landing routes need to be evacuated in advance to reduce potential danger, Wang explained.

The U.S.'s SpaceX has also worked on a fairing that can be recovered and reused. In November 2019, the company successfully reused a previously flown fairing in its Starlink satellites launch for the first time ever, eyeing it as the next step in reducing launch costs after its rocket boosters have been effectively reused.

As part of SpaceX's reusability plan, re-flying the fairing could save the company around $6 million per launch, per estimates CEO Elon Musk shared on Twitter.