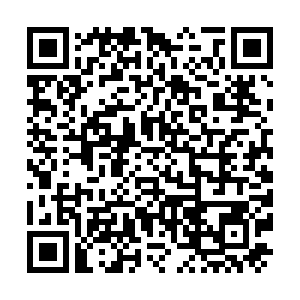 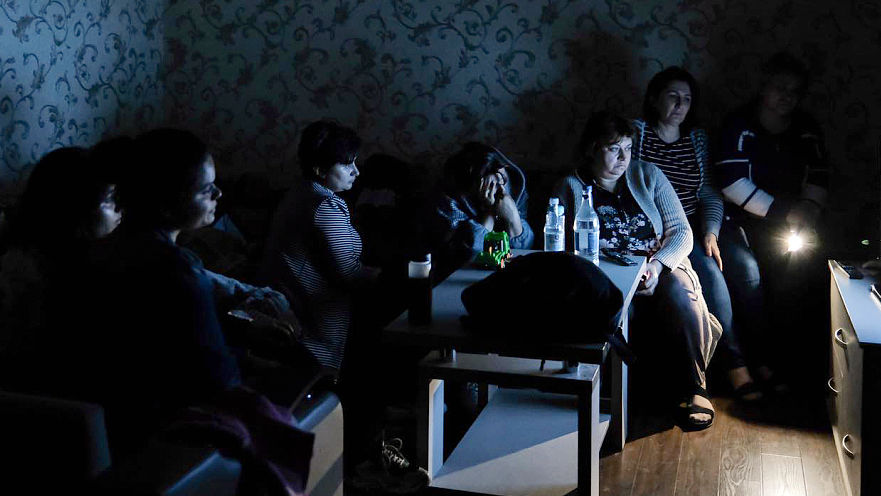 Close quarters, poor ventilation and no masks: in the cellars of Stepanakert, the capital of the disputed Nagorno-Karabakh region, residents who have not fled fierce fighting may be safe from shelling, but not coronavirus.

Adjoining basements beneath one unassuming three-story building in the city have been repurposed as a bomb shelter, where residents are seeking refuge from frequent bouts of shelling by Azerbaijan's forces, including on Friday evening.

The largest room in the basement, which is around 50 square meters with a ceiling lower than 2 meters (6.5 feet), serves as the sleeping quarters.

Lusine Tovmasyan used to run a medical testing center in Stepanakert. But when fighting erupted four weeks ago, the 44-year-old began working for the health authorities, carrying out coronavirus tests at the city's main hospital or at the homes of residents unable to travel. 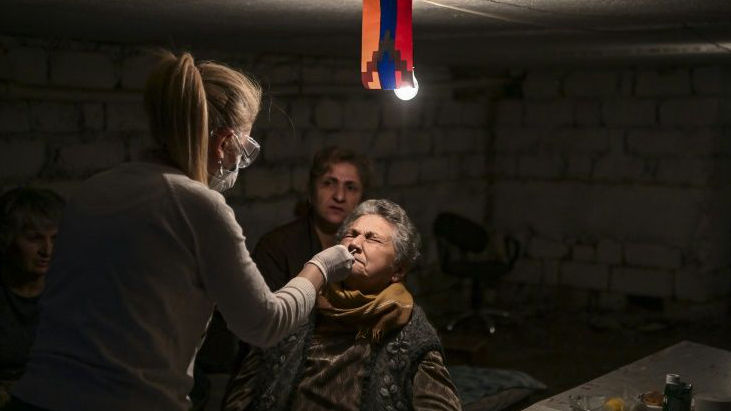 An elderly woman is swabbed inside a dormitory cellar in Stepanakert. /AFP

An elderly woman is swabbed inside a dormitory cellar in Stepanakert. /AFP

"We do an average of 60 tests per day," says Tovmasyan, the only person among a half-dozen women in a cellar to be wearing a mask.

"The infection rate is quite high," she says because "people are living in groups in basements without masks."

"Between 40 and 60 percent of people test positive. It depends on the day."

There is no testing at an infectious diseases clinic near the central hospital in Stepanakert, but the facility does treat patients with coronavirus symptoms.

Nurses are busy in one of the wards administering intravenous drips for three seated and masked men.

The chief doctor on the ward, 63-year-old Raya Simonyan, estimates that 90 percent of Stepanakert's remaining residents have coronavirus, but admits she has no official figures.

"The situation is very bad. A majority of residents are sick," she says.