India-U.S. 'enemy of my enemy' military pact not destined to endure
Bobby Naderi 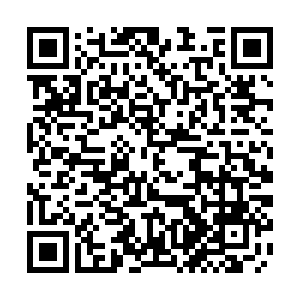 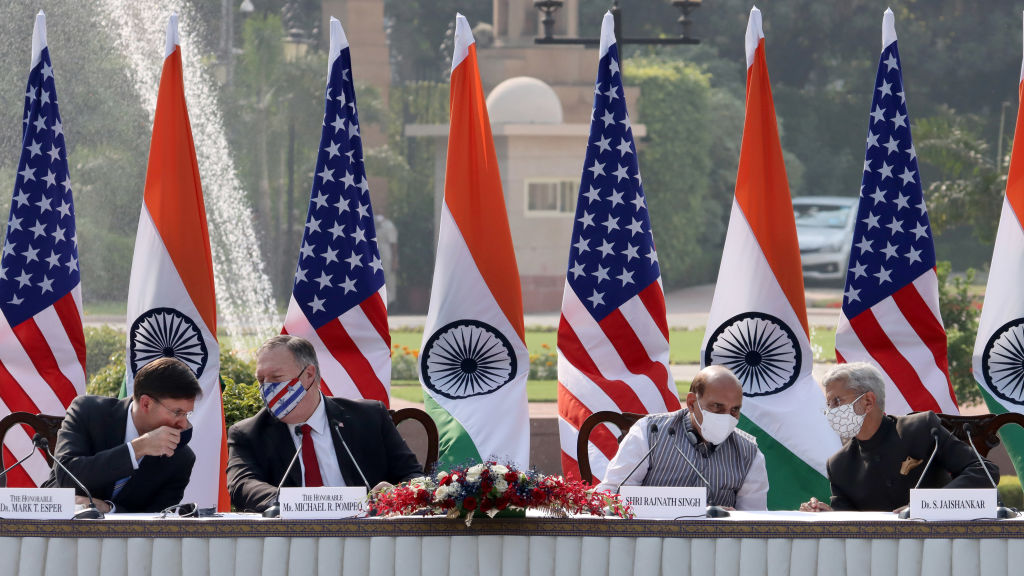 India and the U.S. have made a premeditated choice to sign a military agreement dubbed the Basic Exchange and Cooperation Agreement (BECA) to share high-end military technology and classified satellite data.

On October 27, Indian Defense Minister Rajnath Singh, U.S. Secretary of State Mike Pompeo, and Secretary of Defense Mark Esper claimed in a carefully crafted statement in New Delhi that they also seek to counter China for a rules-based international order in the so-called "Indo-Pacific region."

As previously, they didn't give any concrete evidence to support their allegations. Instead, they branded China as the most significant security challenge to their interests, and expected their international audience to trust everything.

As with previous agreements, the interventionist pact between India and the U.S. is a textbook profile in absurdity. It risks worsening the situation in the region and setting the stage for escalating internecine skirmishes.

In the region's politics, signing an ideological and politically motivated agreement is always a bad idea, and many countries have learned that. They have learned that Washington is knowingly lying to them that it can fabricate a NATO-style alliance in East Asia. They have also learned that any hostile posture against Beijing would be unacceptable and counterproductive. They won't get off scot free or prosper without China. It would be China bashing in return for nothing but more U.S. pressure and false promises of security.

Whatever the ideological and organizational disagreements, the reality is that China is actively cooperating with its Asian partners to ensure security in the "Indo-Pacific" and South China Sea peripheries. It's more than a mere nonaggression pact. It's a full-blown political and diplomatic alliance for commerce.

Despite the evidence, however, the defense secretary contends that Washington and New Delhi are determined to uphold the principles of a free and open "Indo-Pacific," adding "We advanced our regional security, military-to-military, and information-sharing cooperation." 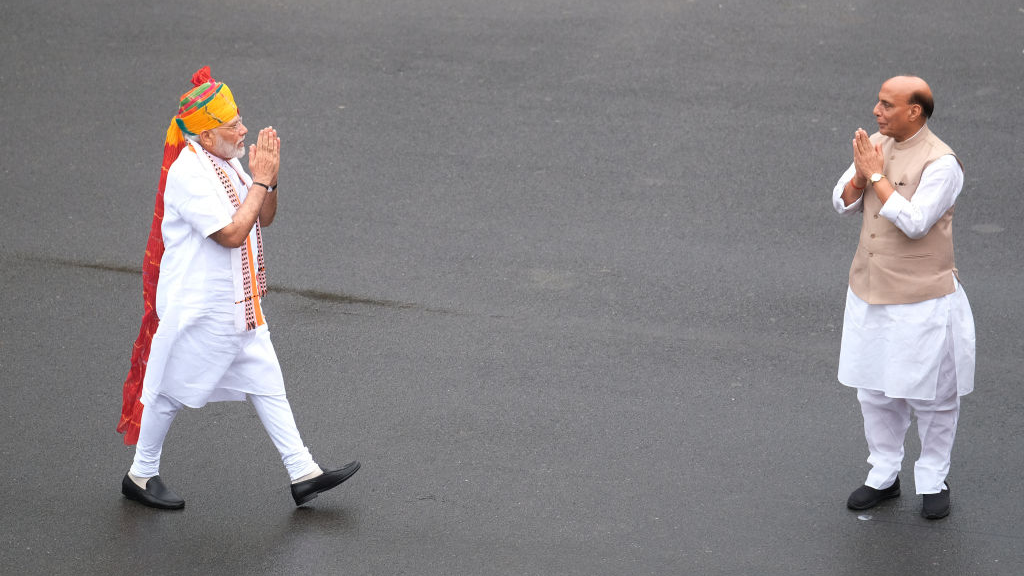 This is nonsense. The Trumpsters have given in to the power of the military establishment to upend the standards of China-U.S. relations and to keep regional countries on edge during the pandemic. The self-defeating idea by the hawkish think-tankers and Pompeo is to weaponize the region and do the job for bureaucrats of the national security state.

And that's just one extreme goal among many. The wag-the-dog plot also seeks to help Trump. He didn't prevail in pivotal states for his monstrous economic and pandemic mess, and he is desperate to win re-election. Ironically, it's also one of New Delhi's principal goals. No wonder American voters never heard Trump criticize India during the presidential debates with Democratic nominee Joe Biden.

The joint venture to enhance India's geospatial cooperation and improve the accuracy of its missile systems won't weaken China's role in the "Indo-Pacific region." It would be wiser for the political class in New Delhi to take rational steps to reverse the engines of self-deception, stop fueling the fires of mutual distrust, and refrain from bringing uncertainty to a region that is not in conflict with China.

Similarly, the U.S. government ought to be thinking genuinely about how to deal with the reality of China and its global rise. That can still be done, if the same degree of effort is put into it that is now being used to frame it as destabilizer.

If the history of U.S.-Europe is any reminder, the relationship has always been acrimonious, as Washington has always abandoned its allies. For instance, it launched trade and tariff wars with Europe and walked out of international treaties like the Paris Climate Accord and the Iran nuclear deal. The sad fact is that Washington has equally challenged India's geopolitical interests on many fronts. Just like Brussels, this might as well force New Delhi to stop appeasing Washington in the long term.

The uncomfortable truth is that although the security cooperation is growing, such as in the Indian GPS-equivalent system, no U.S. legislation has granted India a status on par with Washington's non-NATO allies. There seems to be no political will to make India a key strategic ally. This has not happened and New Delhi should stop saying it has.

More importantly, in Trump's "America first" biosphere, the concept of "enemy of my enemy" friendship has hardly survived the test of time. He has in some instances infuriated friends and befriended ideological enemies. Except for sharing military technology and intelligence, this kind of abrupt politics and procedures of absurdity might not offer New Delhi greater "enemy of my enemy" concessions, either.

The understanding is that "the odd bedfellows" are not allies and still have geopolitical differences. India was forced to stop oil imports from Iran to avoid sanctions by Washington, and they are still licking their wounds from the trade and tariff wars.

And who said the war department and the interventionist apparatus in Washington have forgiven New Delhi for its mischievousness to purchase the Russian S-400 missile system in formal and legally binding terms?

It's a tactical mistake for Indian Defense Minister Singh to hypothesize that the intelligence community, the Pentagon pundit-generals, and their media mouthpieces will move ahead without any resentment.